Wednesday near the close of the U.S. session I really thought the ole’ Yeller had us all by the balls. If there has ever been an opportunity to squeeze the bears into oblivion then this had to be it. In yesterday’s musings Scott confirmed my notion that the series of lower lows and lower highs was still intact (barely) and that the bearish case was on the edge of extinction but still had a small chance of resuming. The odds were pretty minuscule IMO and early yesterday I kept checking the tape waiting for the invariable second shoe to drop.

But then suddenly something very curious happened:

In the last 20 minutes, someone has placed/canceled a 666 contract order in eMini 26 times $ES_F

Someone at Nanex reported a surge of selling orders (yes, I did find it on ZeroEdge – bite me) and the tape suddenly caved in as all of the other bots followed suit. And the world for the bulls will not be the same again – at least for a while, most likely not for the remainder of this quarter. 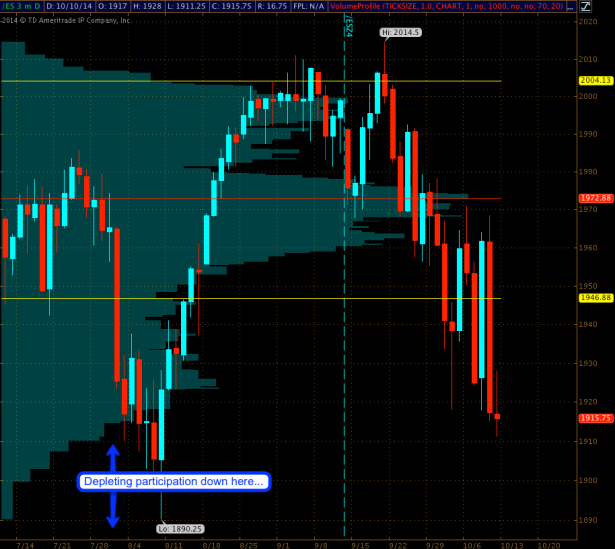 Unless – yes unless we see an immediate surge right here TODAY the bulls will be toast for a while. I’m not saying we drop like a rock from here – there will be bounces. But in order to wipe a major stain off the bullish case immediate action is needed. 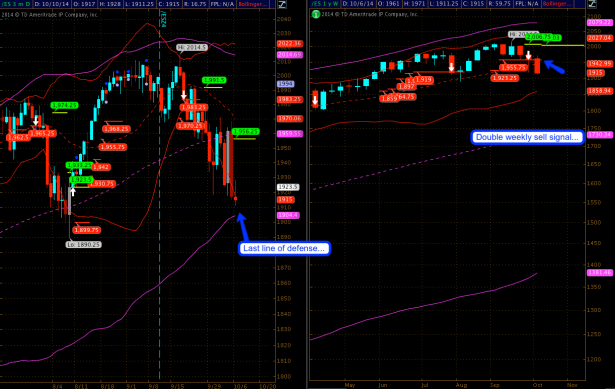 For we are about to paint an official double sell signal on the weekly E-Mini (and the SPX cash as well). We have a breach of the 25-week SMA as well as a breach of a weekly Net-Line Sell Level. That is bad medicine for the bears and today is the day to somehow make it all go away. In order to accomplish that feat a push above 1950 will be needed – 1960 would be better as that’s where we find the 100-day SMA right now. Bear in mind that both the 25-day and 100-day SMA held up for the fourth time now – that in itself is enough to cast some serious doubt as to whether the bulls are still in charge here. 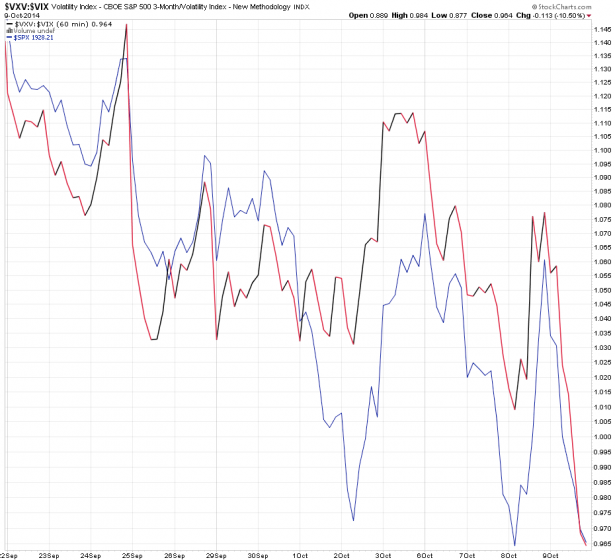 Not to count out any last minute Fed-sponsored Hail Mary’s but market makers seem to be agreeing with me that trouble looms ahead. Here’s the VXV:VIX ratio and it’s pointing straight down. I would keep an eye on this one today for early signs of divergences – also mind the VIX:VXO chart on the short term side. 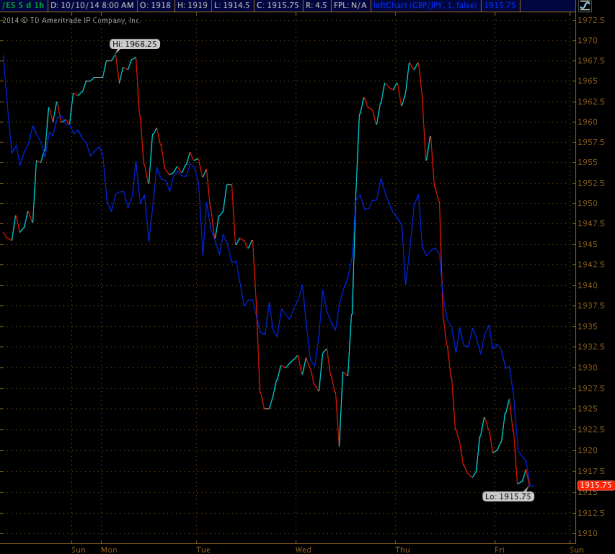 Our GBP/JPY equities correlation (based on carry trade activity) is also pointing in the same direction. 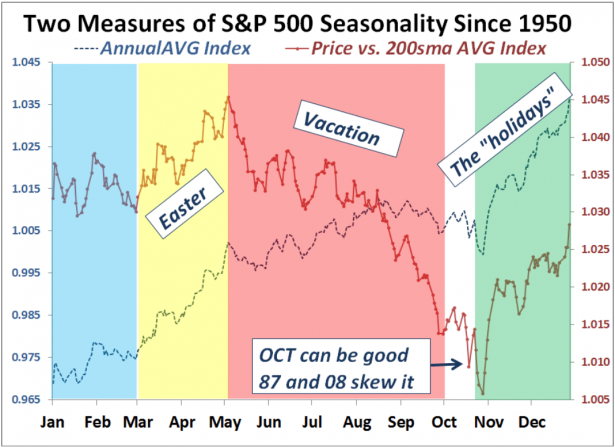 Now someone in the comment section pointed toward the final quarter as being a traditionally bullish period. And yes, he was absolutely spot on about that – that’s usually where the bulls rule the day. 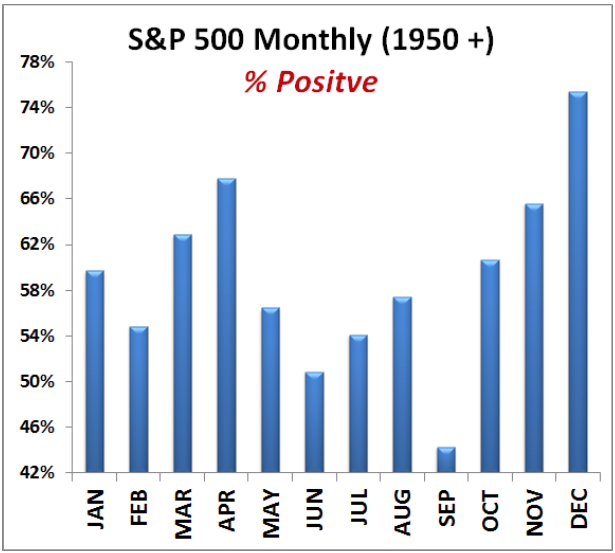 And we may still see that happen but let’s look at October specifically. Contrary to common believe it’s actually a very bullish month – the numbers do not lie. But that’s not the whole picture – because it just so happens to have a little SKEW problem…