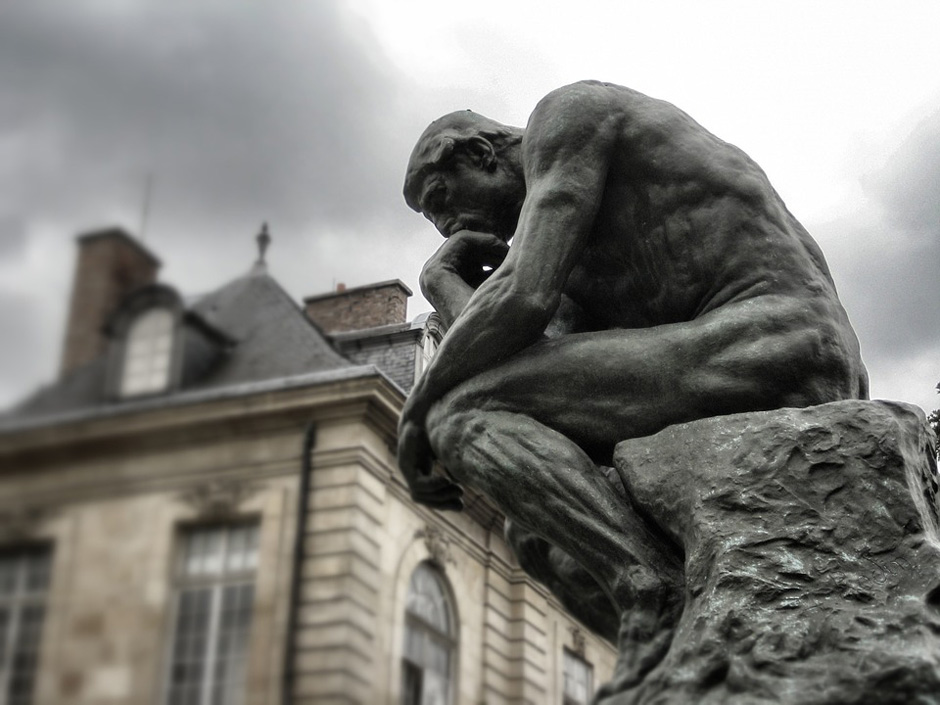 In case you wonder, despite new meds I still feel like crap. But then again nobody likes a whiner plus as the saying goes: the show must go on. Alright, the month of July is finally nearing its sweaty end (yes I hate summer) which reminds me that I probably owe you a new market momentum update. And I may as well have called it a VIX update as most of my charts today revolve around our favorite and most misunderstood volatility index.

However before I go on I would like to express my most sincere thanks to my quant buddy Tony who volunteered to fill in twice last week. I particularly enjoyed Friday’s post on VWAP as I have been a serial abuser of this crucial benchmark for almost 20 years now.

Not surprisingly VWAP has been a part of the Zero indicator since 2009 as both in combination offer important clues as to future price movement. As some of you Zero subs may recall I regularly advice to wait for a breach of VWAP after the Zero signal paints a bullish divergence or is pushing positive. If you’re interested in a free 1-week evaluation then write me here and I’ll hook you up. 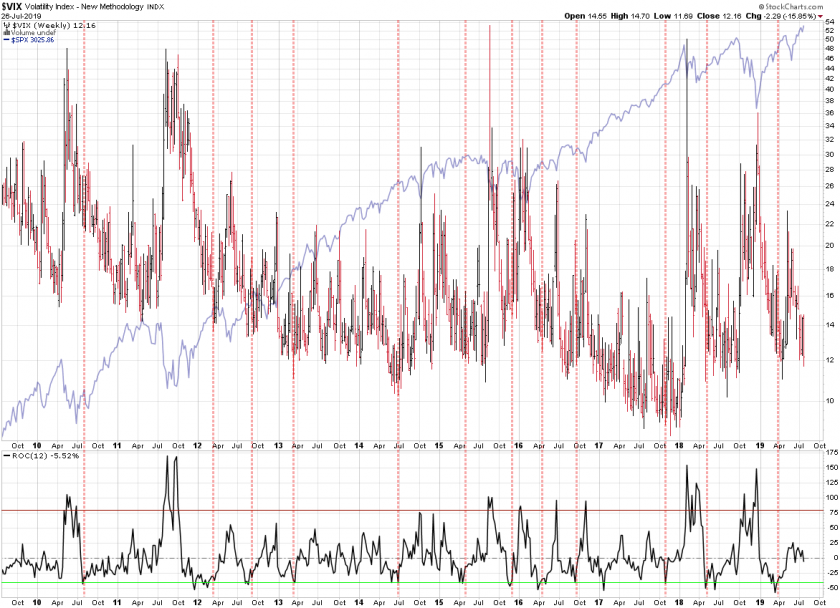 Now let’s talk implied volatility. What you see above you is the VIX against the SPX with a simple Rate Of Change indicator happily plotting below. It’s a long term panel spanning nine years as we are attempting to identify recurring formations that precede significant corrections on the S&P 500.

And of course it doesn’t always pan out perfectly BUT there appears to be a pretty solid correlation between drops below the 40 mark on the VIX’ ROC and meaningful corrections on the SPX. The main issue I am seeing is that the signals precede their corrections usually by somewhere around a week up to several weeks.

Of course it’s great to have a non-lagging signal but if that time spans varies widely then the signal is useless. OR is it? Well NOT if we can correlate it with other corroborating evidence, which more or less is part and parcel of being a market analyst.

Now per the current signal I don’t see any pressing reason for a major correction, especially since we are recently pushing into new virgin territory. 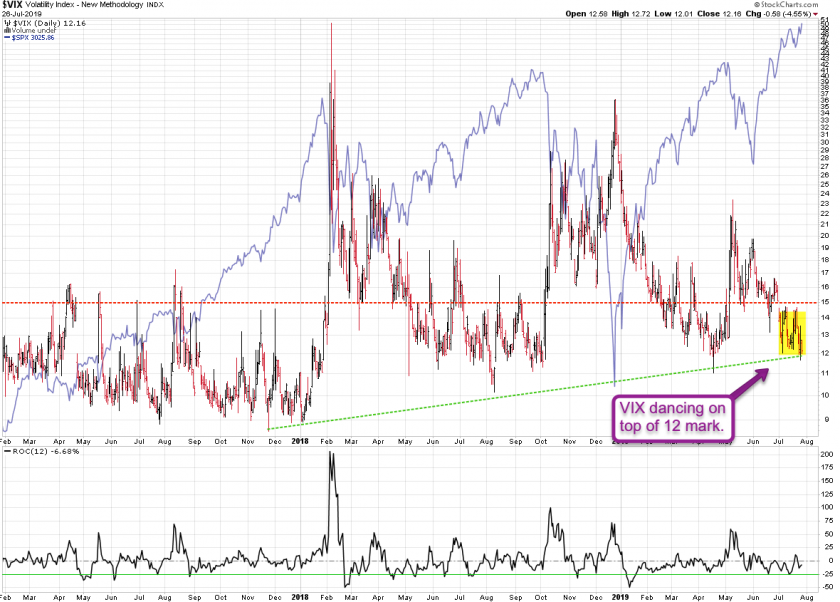 On a medium term basis I have been watching the response of the VIX after approaching the 12 mark in early July. Based on the diagonal support line on the chart above the odds of a jump higher like back in April were reasonable.

However thus far Mr. VIX seems to be chilling and if normalization continues we may even see a drop through 12 and toward 11. Which incidentally would break the current support zone and thus usher in a new season of butterflies, rainbows, and unicorns.

I am only half joking as thresholds do matter, which is evidenced by the run up above 15 in late 2018, which opened a Pandora’s box of implied volatility form which are still in the process of recovering.

More charting goodness below the fold: