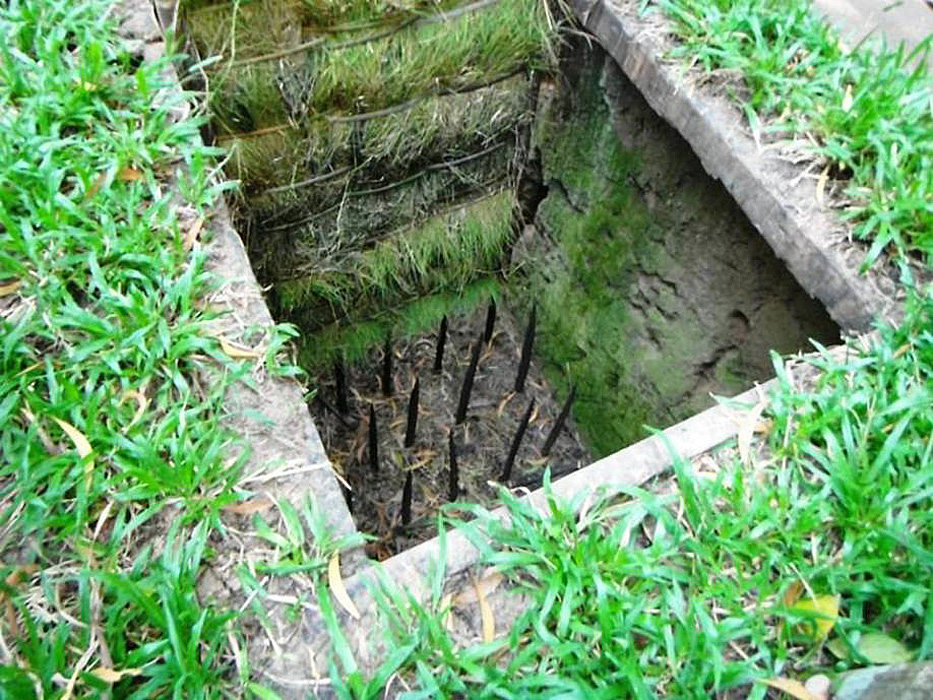 The equity market in particular has become extremely good at luring and then trapping people into highly volatile reversals. Which especially is true for those rare moments when we may be tempted to  trade against the prevailing trend, which of course continues up, up, and then up. Given the increasing number of traps placed in front of us on a weekly basis I have a hard time imagining how anyone could succeed trading equities on a long term basis without the aid of some sort of participation measure (a.k.a. market lie detector) as for example our very own Zero indicator: 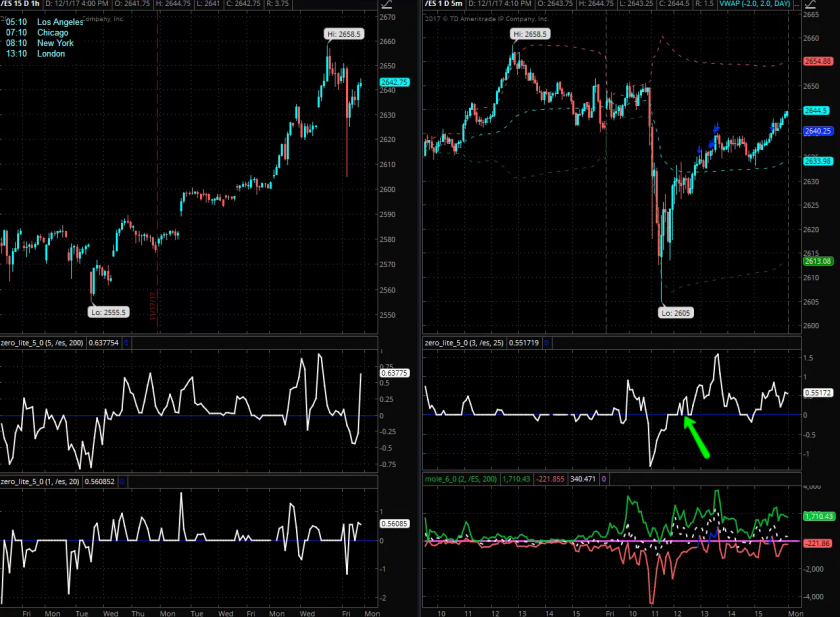 As you recall many of my market momo measures were pointing toward the downside early Friday morning, which is why we took out a little lottery ticket. Which quickly paid off but not as much as I would have liked due to the immediate rebound which has continued all the way into Monday morning. One big give away that it was time to call it a campaign was the Zero Lite signal which quickly pushed into positive territory and then stayed there for the remainder of the session.

Unfortunately we did not get a bullish divergence ahead of time as the reversal was triggered by news about the big tax cut bill being approved by congress. But at least the signal didn’t leave us with any illusions regarding the potential of another dip downward. By the way if you’re interested to learn more about our Zero indicator point your browser here. Or you can just sign up as a member and see for yourself how it can benefit your E-Mini swing trading. 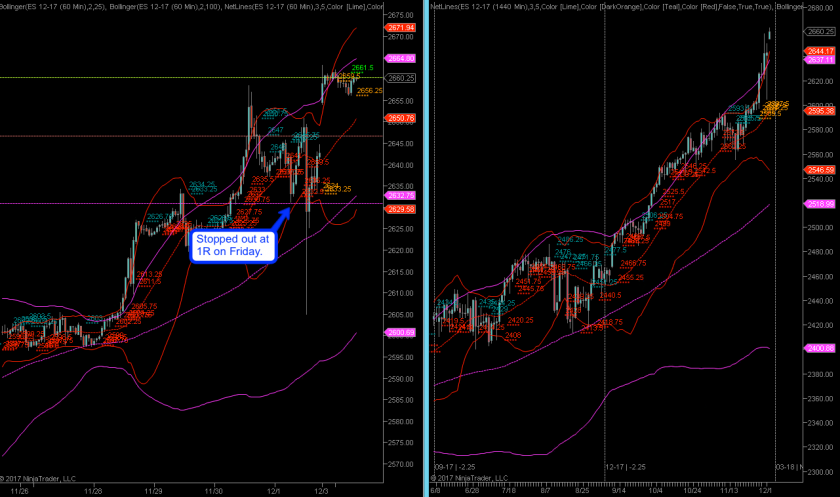 Fortunately my campaign management did all the thinking for me as it automatically advanced my stop to 1R after 2R MFE. This may be one of the fastest 1R win I have ever had actually but unfortunately my position size had been only 0.3%, thus it was hardly worth all the hubbub… 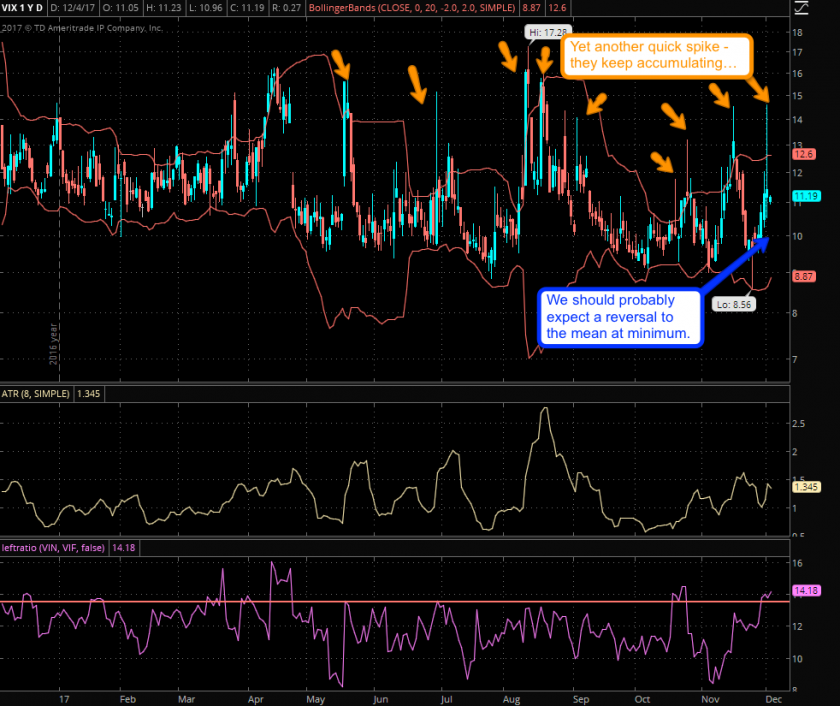 The VIX has now produced another major spike upward, just as predicted right here on Friday morning. Odds now support a reversal back to the mean at minimum. The new formation is short term bullish for equities but the increasing accumulation of rapid spikes depicts a much more volatile market and let’s not forget that the gravy train will one day end, so let’s not get too comfortable. 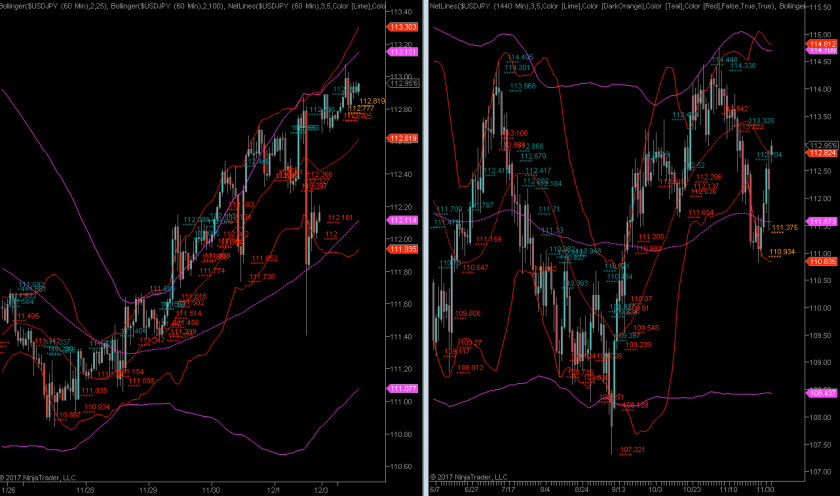 The Dollar is in a strange spot right now. The USD/JPY is actually one of its more bullish crosses and it gapped up in a similar fashion on Friday. 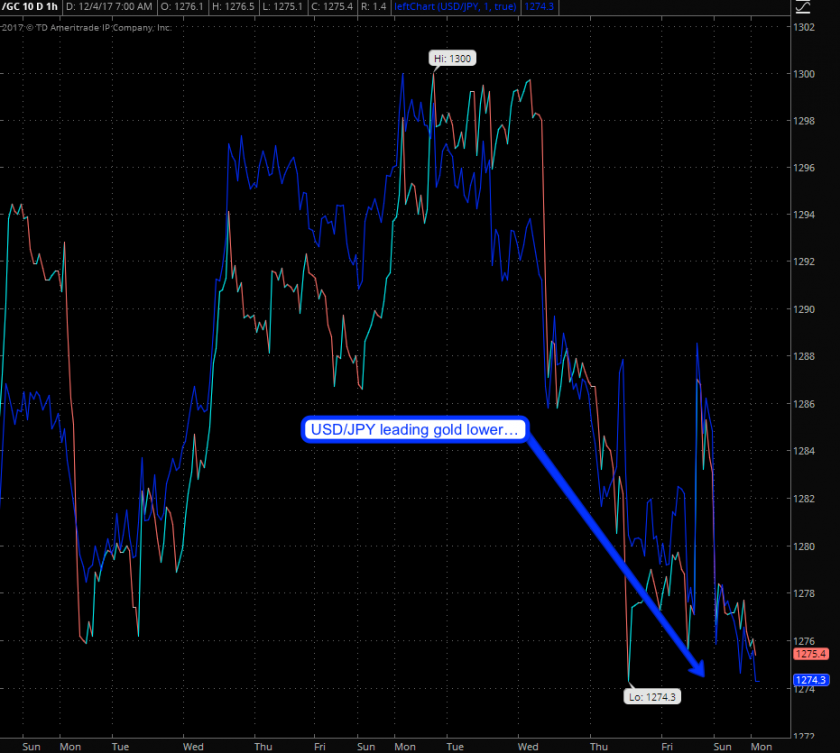 Which is of course what’s driving down precious metals right now, which continues to be a very difficult sector for participation IMO. And seasonally speaking the EOY is not exactly a great time to be long either gold or silver. 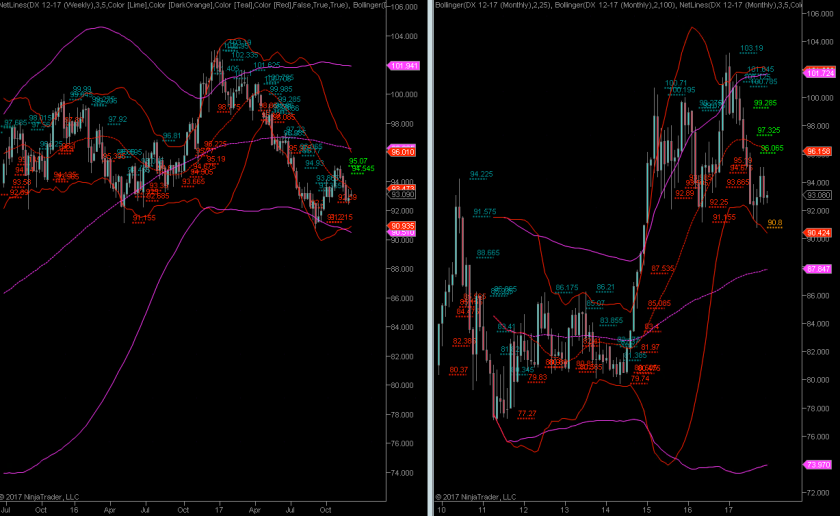 Across the board however the old greenback continues to look droopy. Clearly the past decade of almost non-stop quantitive easing has taken its toll and continues to exert downward pressure on the Dollar. It’s the Euro that the bulls continue to favor for some mysterious reason, perhaps partially fueled by an imaginary economic strength that over course of the next few years I see waning on this (European) side of the Atlantic and rapidly growing on the other (the U.S.). 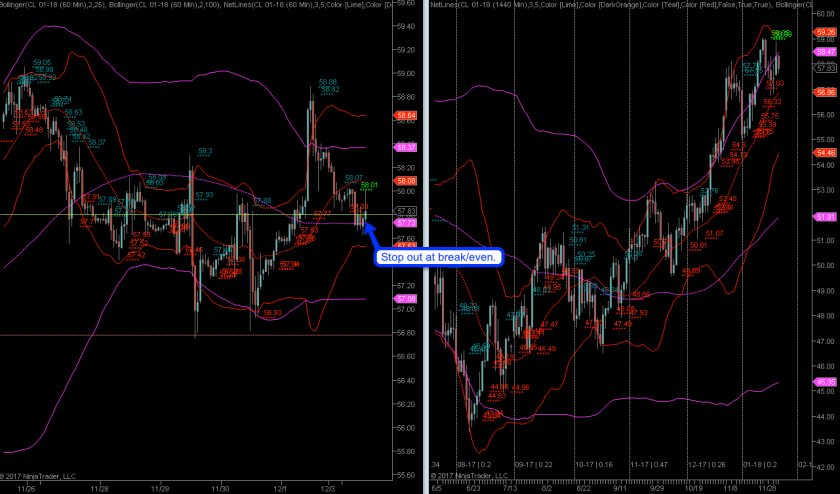 Not much luck with crude and a very promising looking position mid Friday was stopped out at break/even earlier this morning. It’s possible that we’ll see a more pronounced shake out but the daily panel suggests this one continues higher. However given the current formation I am hesitant to jump in as that double bottom on the short term panel should have driven us much higher. 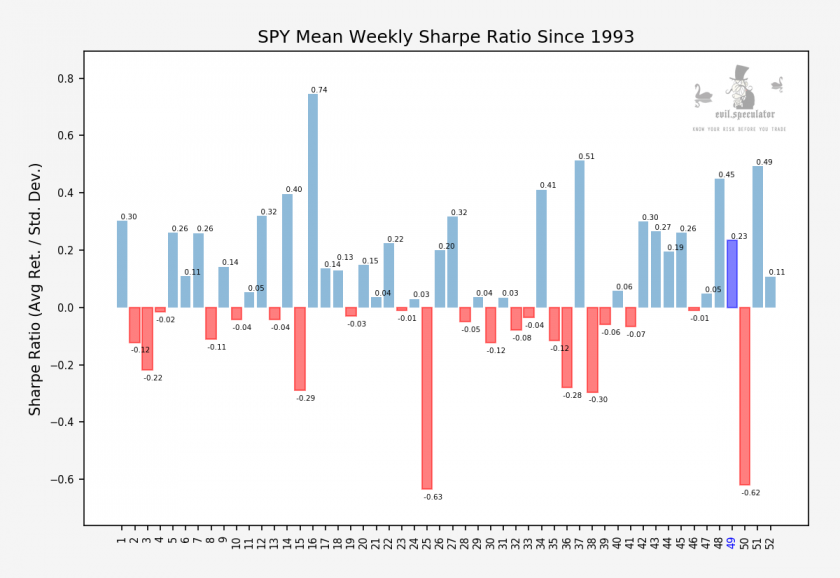 For now I’m going to sit tight and watch what happens over the next session or two. There’s way too much realized volatility as well as gapping activity at play here lately, which makes me cautious about taking on any exposure. And let’s not forget the ugly little secret behind the annual Santa Rally, which is that it’s usually preceded by the second most bearish week of the year (i.e. next week). So let’s treat lightly here people and continue to be nimble, which is a policy that has worked out pretty well for us this year.