More of the same old expiry antics we should expect.  We git a nice drop through the mid-day, and finished up with a nice rally right from the recent lows.  I told Mole earlier that I would not be surprised to see the institutions step in a little above the prior low.  “Low” and behold, there they were, a little early to catch the bears off guard.  With that said today’s action leaves us with little resolution or our choices.  An ending diagonal remains on the table, in which case we would likely be rallying in a [C] wave of [II] (rally, drop (in [3]), chop (in [4]), drop (in [5]), rally big), targeting 1250.  The problem with targeting 1250 is that should we get that high, we would have limited downside to keep the resistance lines converging.  This means that we should either expect a reversal back down before 1250, or expect the 1110 – 1100 resistance zone to hold pretty firmly. 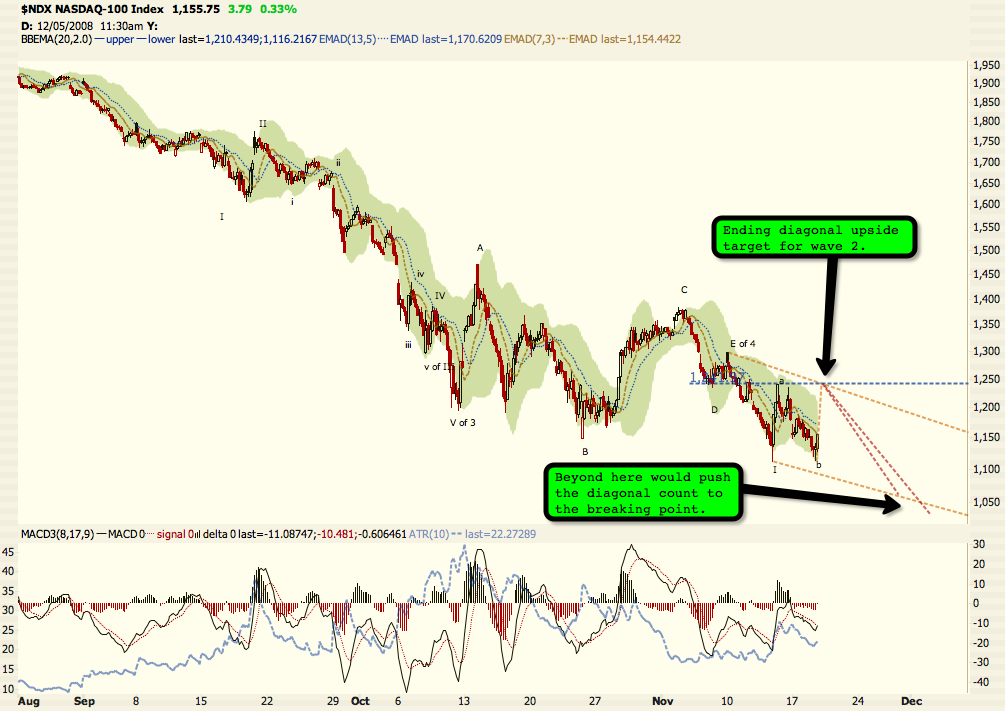 Should we get our early reversal however (1200 would be most obvious), and we could target 1050 once 1100 finally breaks.  That would be about the maximum allowable (and most likely too far if we push all the way to 1250) to keep $NDX from becoming and expanding diagonal (HIGHLY unlikely).  However, should we push to 1050, and show little signs of stopping, we can likely eliminate and ending diagonal (which in EWT should NOT follow a triangle if you think about it, as an ED is not a “thrust”), and keep the 4th wave triangle on the table.

And to make matters worse, I can present a STRONG case to bring the 4th wave flat back into our sights.  This will be quickly discarded should $NDX push beneath 1110, but the lack of a new low today, while $SPX and $INDU, remained stronger forces us to consider that we could still be targeting 1350 or 1375 before we finally move lower.  I have no desire to muddle the view with additional counts, but also feel that I should be fully prepared, and that NOT considering the flat (again) would leave me biased against the largest of the potential upside scenarios (not a good idea). 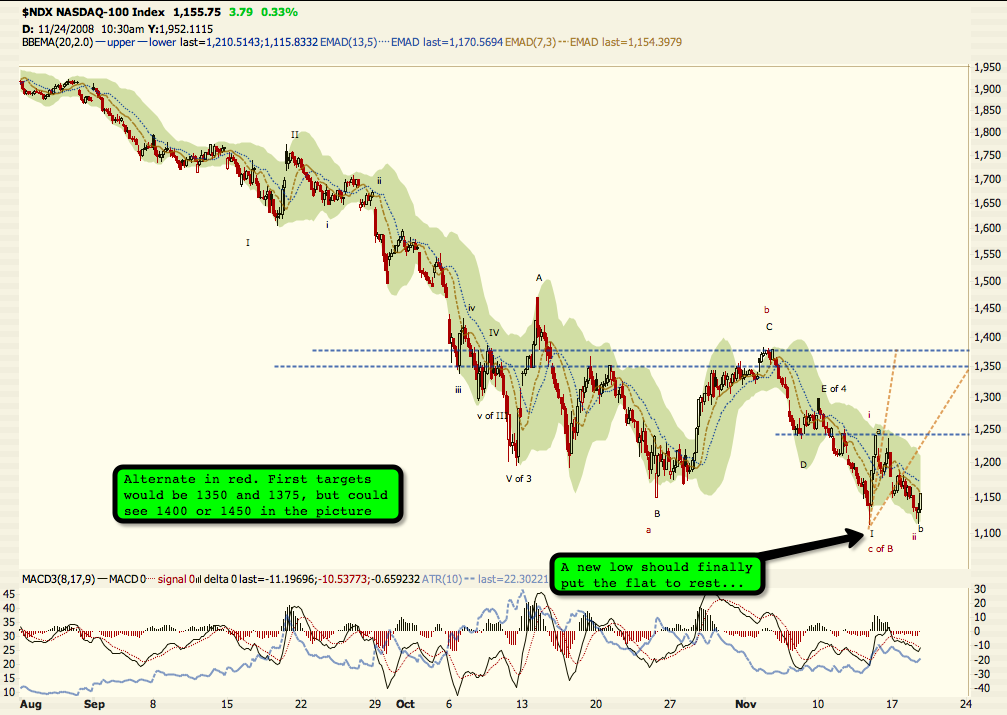 So, we noticed the inaction of the XLF today on the upside, and it was kind enough to put in yet another low.  This is a good sign that we should be heading lower.  However, it is sending us mixed messages as we have a reversal candle (showing late day buying (wonder who that was…)), as well as a bollinger reversal signal.  Any break of 13.50 would likely mean that XLF was going to challenge 16.50. 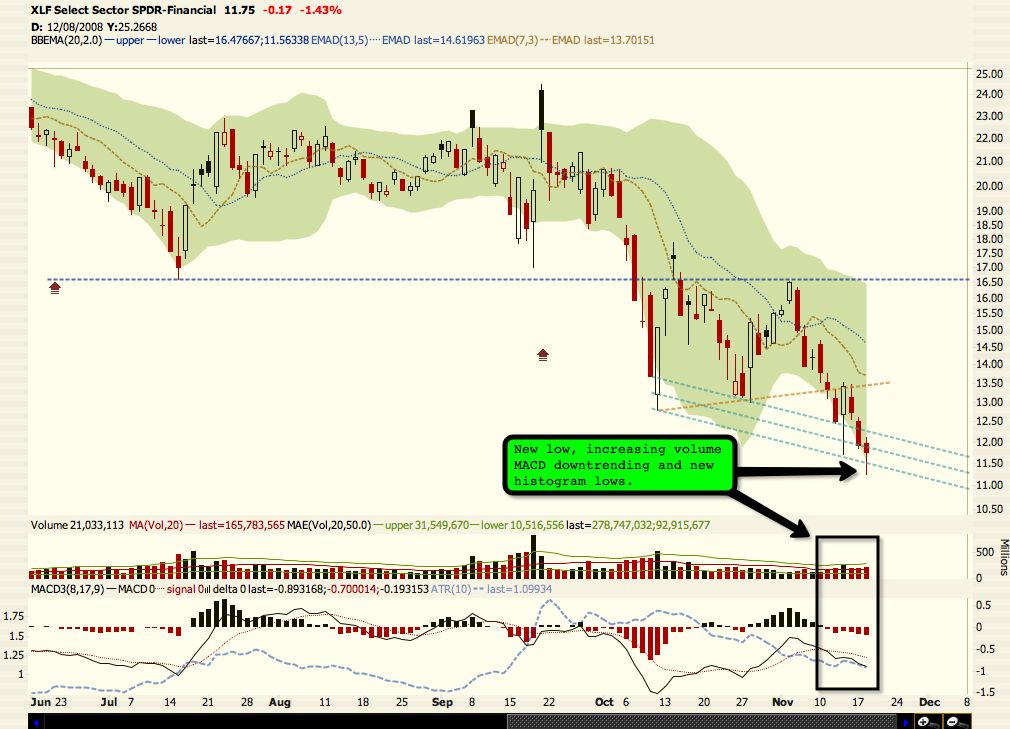 This brings me to the breadth which was modestly bullish at best.  In fact, the $RUT put in negative breadth today.  When compared to the 13th, today was roughly 1/10 as bullish.  If we don’t start off with a rally tomorrow, I will be watching for 1110 and 1100 to break.  Beyond that, expect flat markets after tomorrow.

That’s it for tonight…