How often have I now preceded my wrap up posts with a frustrated intro? For fuck’s sake – the past two months have been a major pain in the ass and it doesn’t look like it’s getting any better: 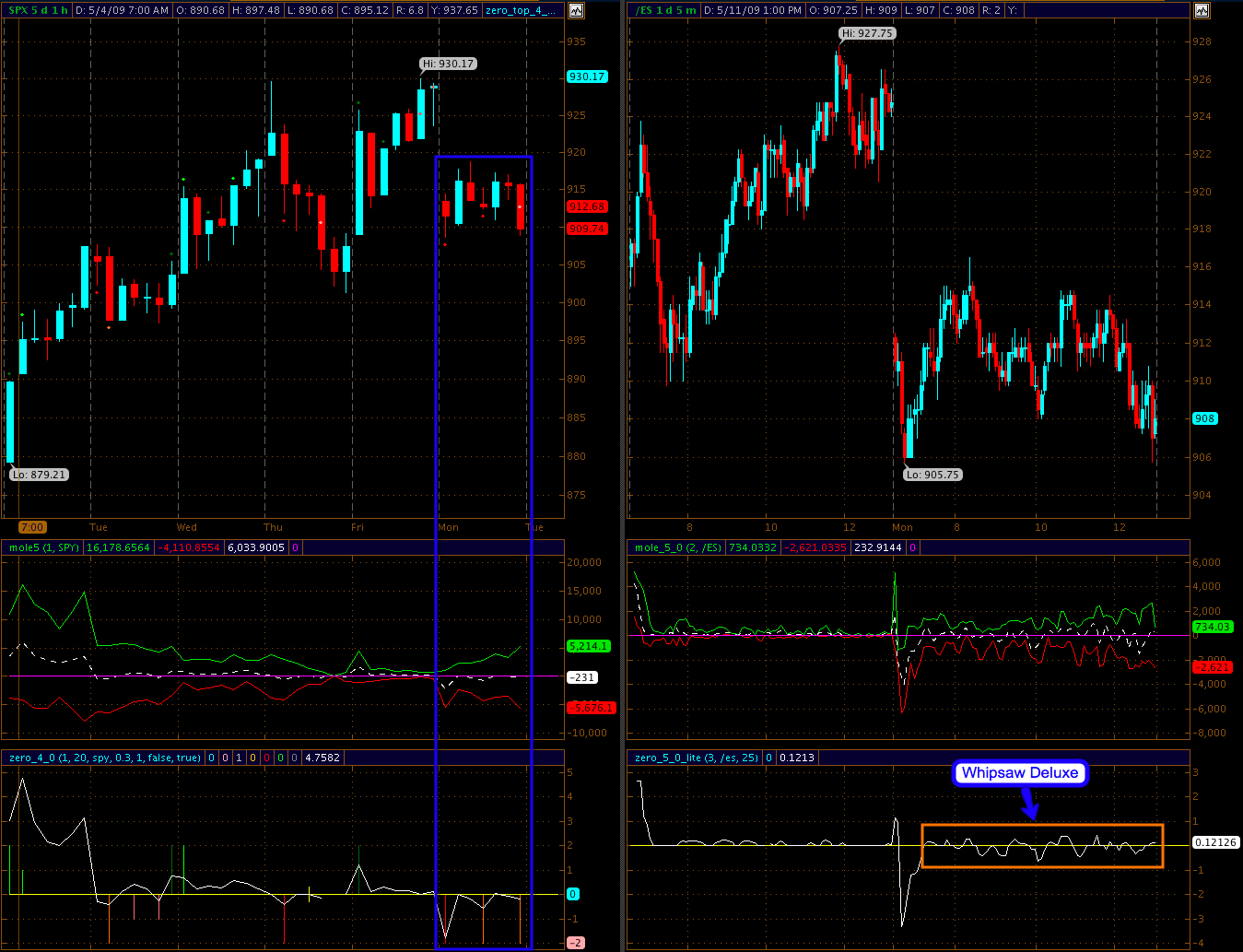 Dump – pump – whipsaw – dump. Pretty much the blue plate special we’ve had for weeks now. I’m sick of it and that’s an understatement. Anyway, as the Zero runs against the SPX it doesn’t reflect the amount of pain we’ve been through today as evidenced by the Cubes/NQ/NDX. But the Lite actually did a great job keeping us rats out as we are now ever so familiar with the old ‘Chinese Snake Wiggle’ around the zero mark. I see two of those and I’m automatically in cash – done.

However, to brighten your day I’ve got a real treat for all Zero subscribers – trust me – you will like this. Unfortunately it only runs on Windows – maybe a Mac version can be justified further down the line. The author of this neat little utility is actually a subscriber and he has slaved for the past few weeks to make this thing happen. I have been alpha testing it with a handful of folks and we believe that this is a great alternative to running the PNG in your browser all day. Well, let me know what you guys think.

Finally, I would strongly recommend that you re-read Fujisan’s OPEX week post from last month. As you know I personally despise this week but from the looks of it we might have a perfect opportunity here to play delta neutral spreads while the MMs are busy banging the tape up and down.

I need a break now and might chime in a bit later – thus far all three scenarios remain on the table. As expected today did not offer any clarification.