I’m kind of getting bored of reporting on realized volatility, which in itself is sort of an oxymoron. My personal feelings aside, contrary to what one would expect the worst type of tape actually does not occur when RV is pushing up – it’s when it is dropping after elevated readings. Let me show you what I mean: 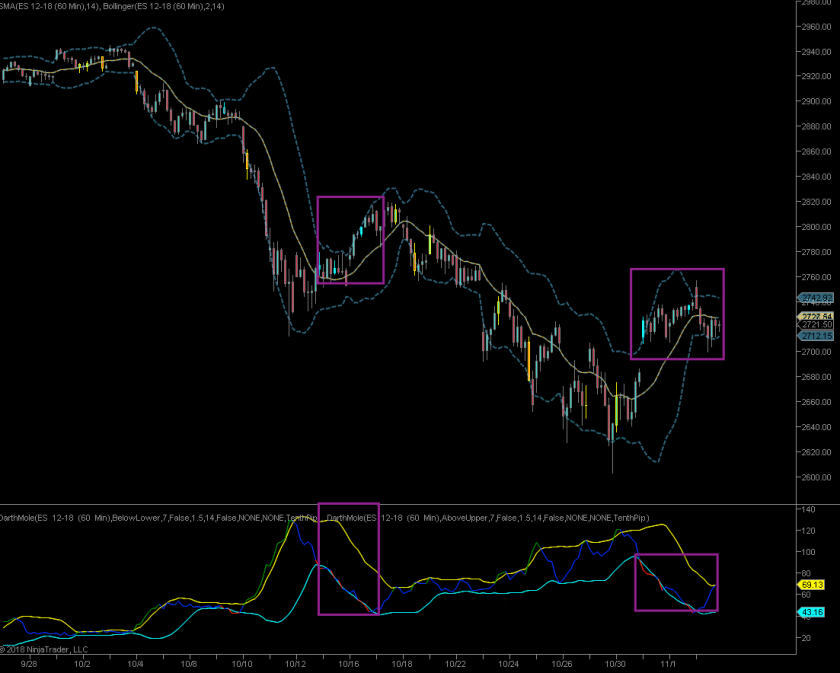 Here are two examples on my hourly E-Mini chart. Note that RV was punching higher ahead of time – and in both examples it was when the tape was falling (no big surprise there). What happens then is that it starts rolling over, my blue indicator candle flashes, and then it sort of devolves into a correction. Which may then followed by another leg lower, or perhaps a short squeeze higher, while of course RV expands again. 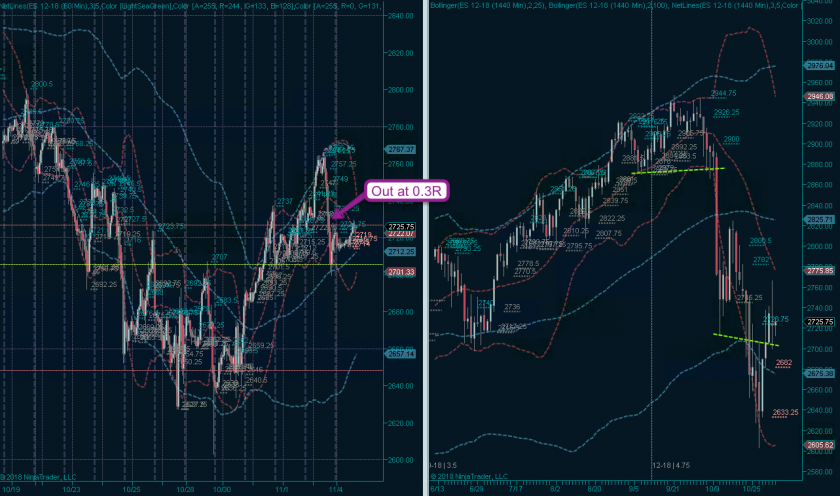 My general point is that holding past that exhaustion signal was a bit of a risk but my exposure was small and predicting the depth of the ensuing correction was impossible. Especially with the mid term elections scheduled for tomorrow which usually is good for a few wild swings.

So I’m  out at 0.3R and the whole expedition was hardly worth the hassle. But at least no loss on the books, so that’s good! Now I would usually re-enter here after the weekend as I really like the short term formation but I think we’re going to see a ton of chop today and I may be able to get a better entry. IF you enter here then make sure your ISL is a mile away. 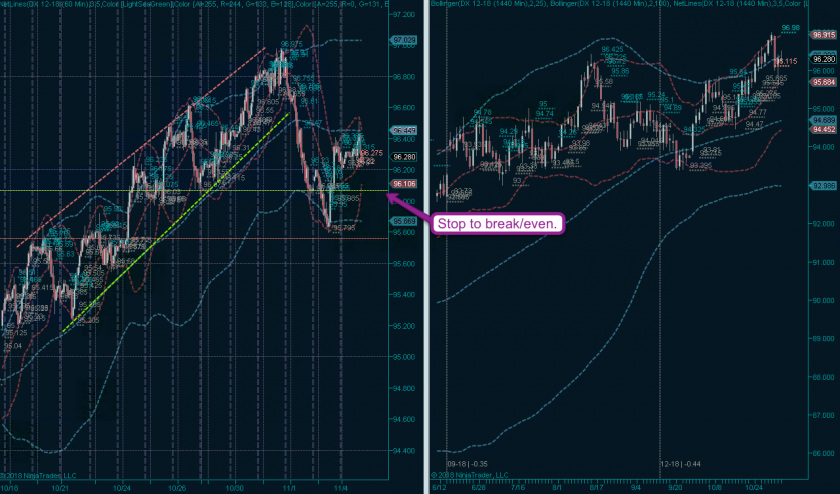 The one chart that’s making me smile this morning is, you guessed it, that of King Dollar once again crushing the shorts. I’m now moving my stop to break/even and if you caught this one so should you! 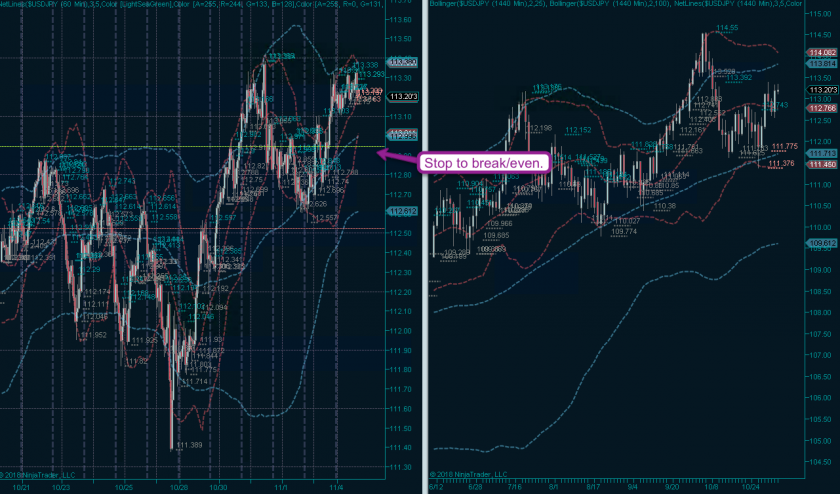 Not surprisingly our USD/JPY campaign is also in A-okay shape. Once again our stop goes to break/even and Bob’s your uncle – no overthinking this one as it needs to get out of the gate. 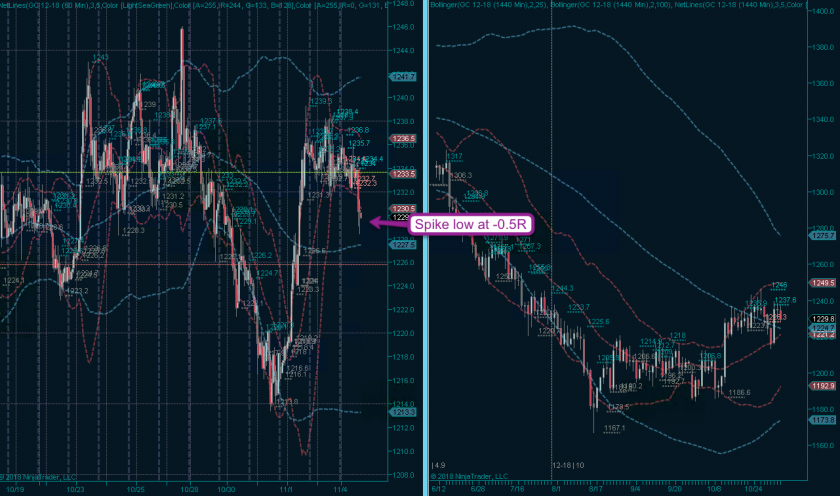 As you know gold was the inverse campaign I took intentionally, banking on a large resolution on either side. Strangely gold has not dropped as much as I thought but if the Yen continues higher I’m am pretty certain that we are looking at a stop out here. Again, this double entry was intentional and thus everything is going according to plan. 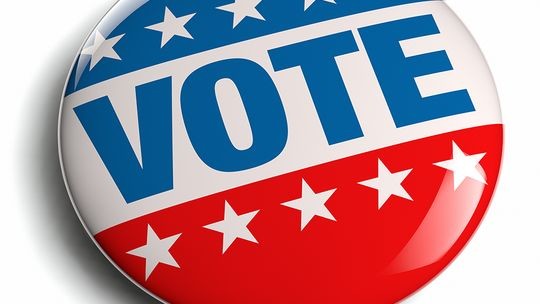 Alright, now no matter what you do today, I need you to go out and vote tomorrow! You guys have no idea how easy you have it being stateside. For me living in Spain it was a major pain in the ass as I had to request a ballet by mail three months in advance which took over a month to get here. Then I had to fill it out and mail that one back way ahead of time, assuring that it would arrive by Nov. 6th.

Okay that doesn’t sound like a big deal now that I’m typing it plus after all it’s my patriotic duty. I hope you all will follow suit, no matter which candidates/party you decide to vote for.