I’m still waiting for blood before focusing on anything Evil, and I still see a lot of smaller growth stocks behaving very strongly; not unusual this time of year.

Given the situation (and perhaps the fact that some of you rats might need something of a hedge) let’s begin to look at industry groups rising significantly the first couple of trading days this year; in terms of relative strength.

Chinese growth names are flying high within a wide variety of sectors (and almost anything Chinese listed in the US qualifies as rising in terms of RS just now), but I’m going to ignore those for the moment and pin-point entire groups rising.

Straight away the most notable rise is the Steel-Specialty Alloys group, which has made a huge move from a score of 83 to now 8 (out of 197 industry groups). Much of these companies are related to the auto industry (which is a world-wide business, I might mention to those looking out their US windows and complaining about the lack of an economy!) and not all of these are over-extended chart-wise.

First, here is a picture of the group: 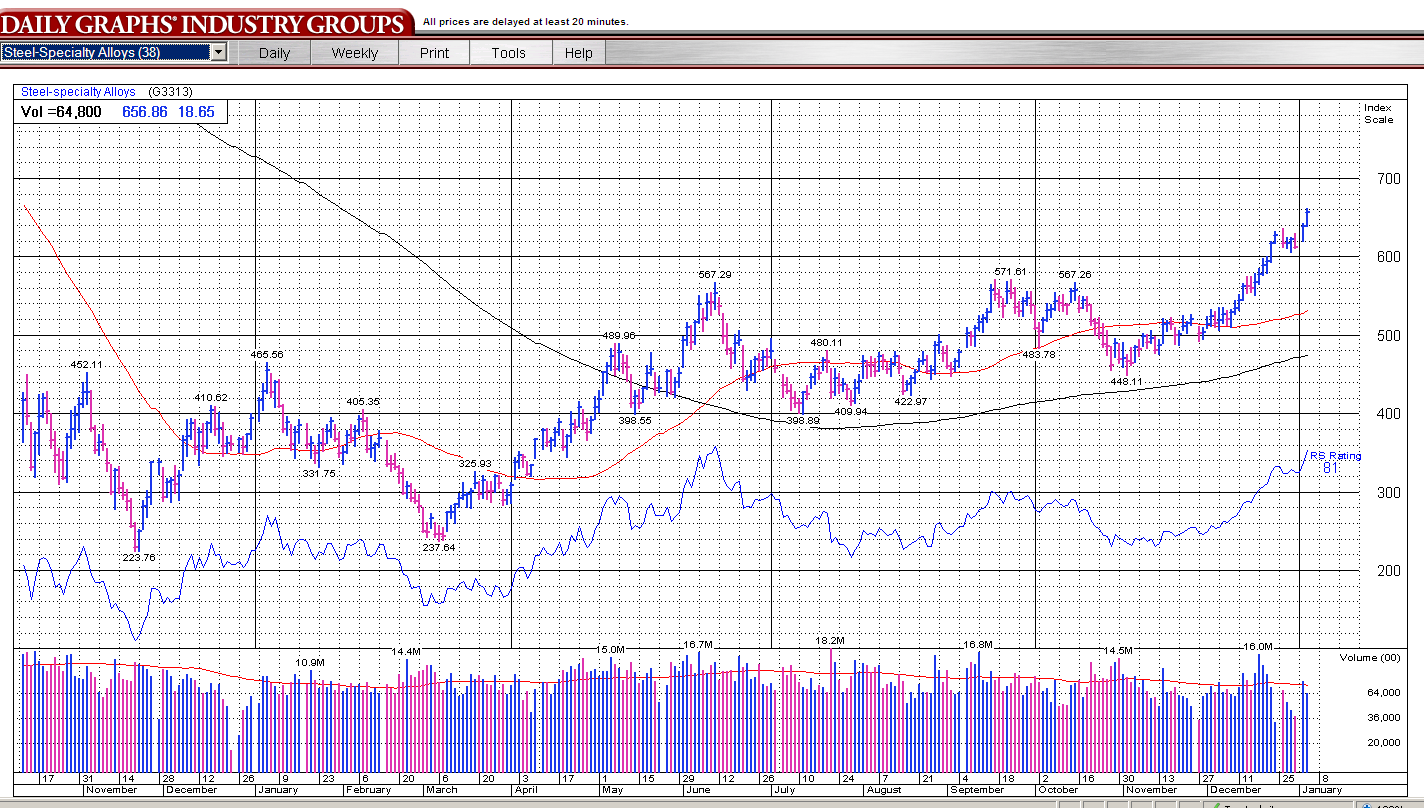 And here is a look at the names within…. 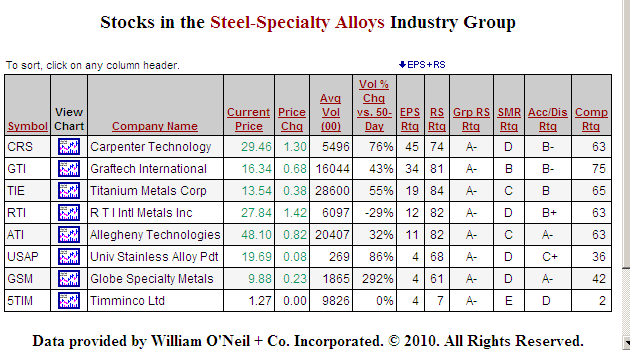 And now, here is a look at GTI, which is perhaps the best looking entry at this moment. 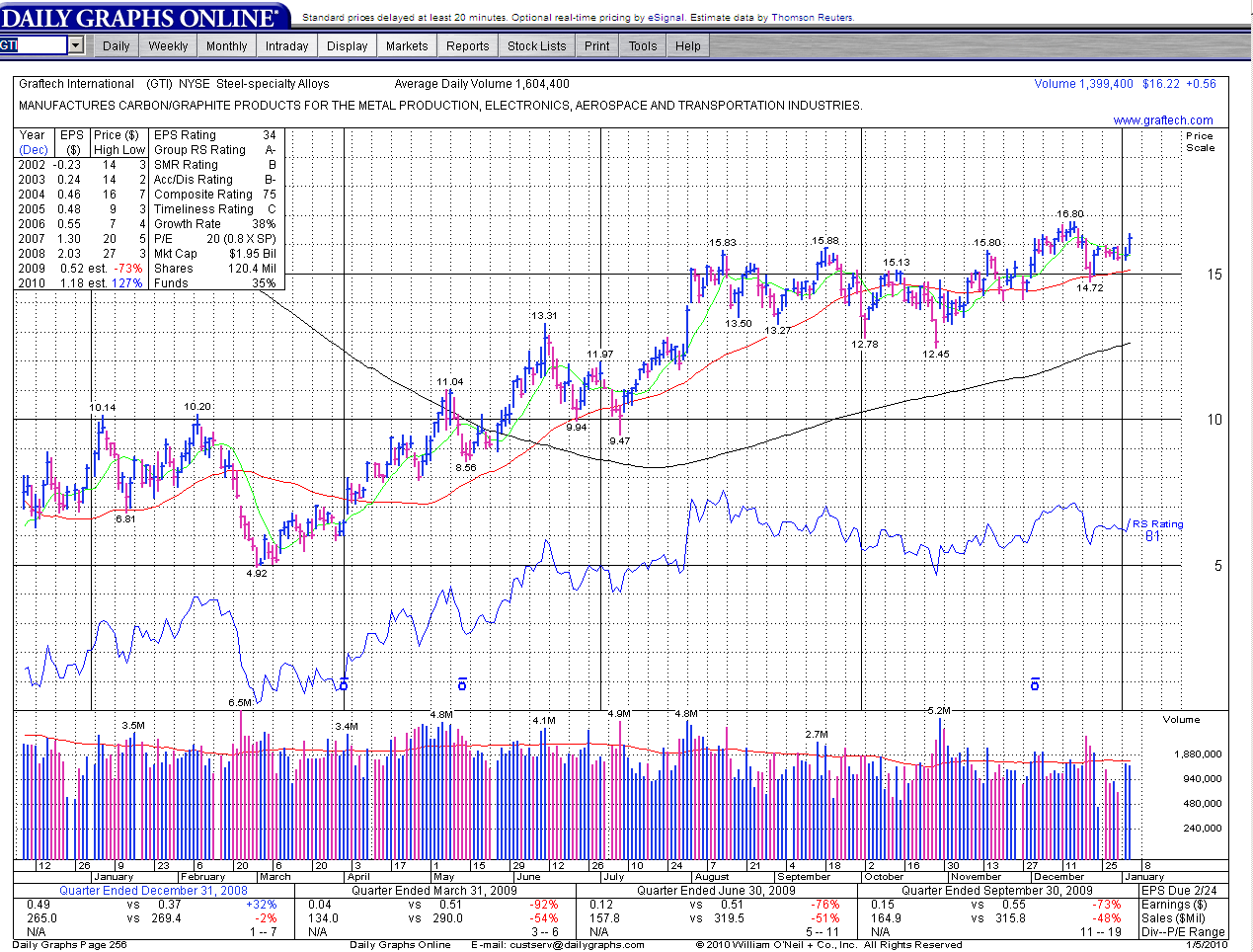 Others look stronger, in terms of power, but fundies score decently with GTI (not incredible) and it is not yet extended; in fact it is just rising now to the high-end of a nice consolidation and poised for potential breakout. Because the group is very hot (rising in terms of RS in a month where money-flows are generally favorable), I’m willing to speculate it will ultimately break out (>16.80).

At the end of the day, I don’t really care if this play succeeds or not – I just look to put myself into this type of set-up and I try to never complain about results. A GTI close below 15 on strong volume will kick me out [at least that’s my maximum benchmark I would endure; less of a failure should have me out sooner].

More on other groups later – Beast out