More Fuel To The Fire 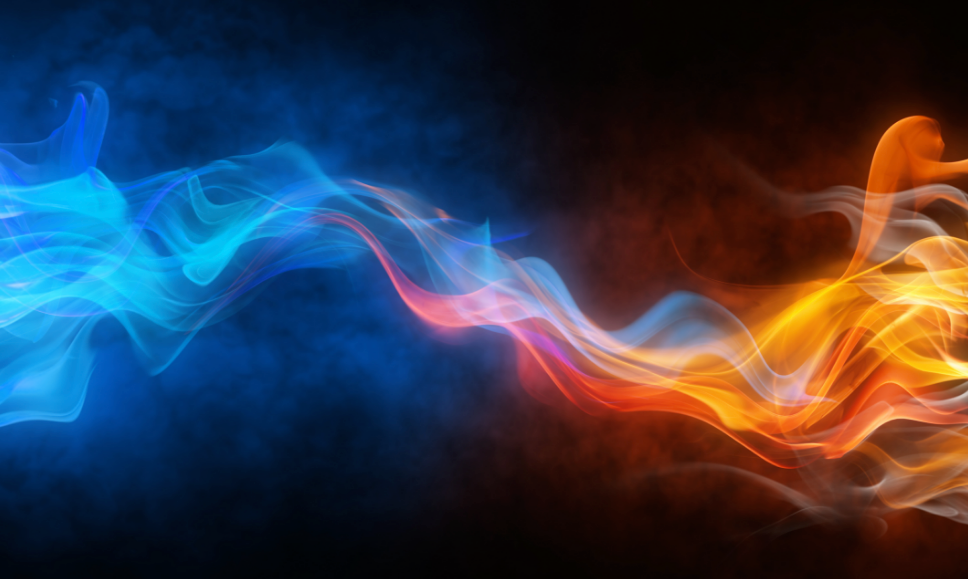 Today’s the last session of August and the expected EOM candle wrangling will obviously add even more fuel to the already explosive cocktail of intra-day volatility we had to up with all summer. Part of what transformed me into the humble host of this evil den of market domination is my passion for technical analysis, my quest to recognize and act upon the most probable scenarios, and last but not least my ability of aiding my audience in maintaining an edge on a long term basis. This blog thrives if you do and you are only as good as your last trade. However keep in mind that ‘being good’ in trading does not always mean winning. Sometimes it just means surviving the storm. 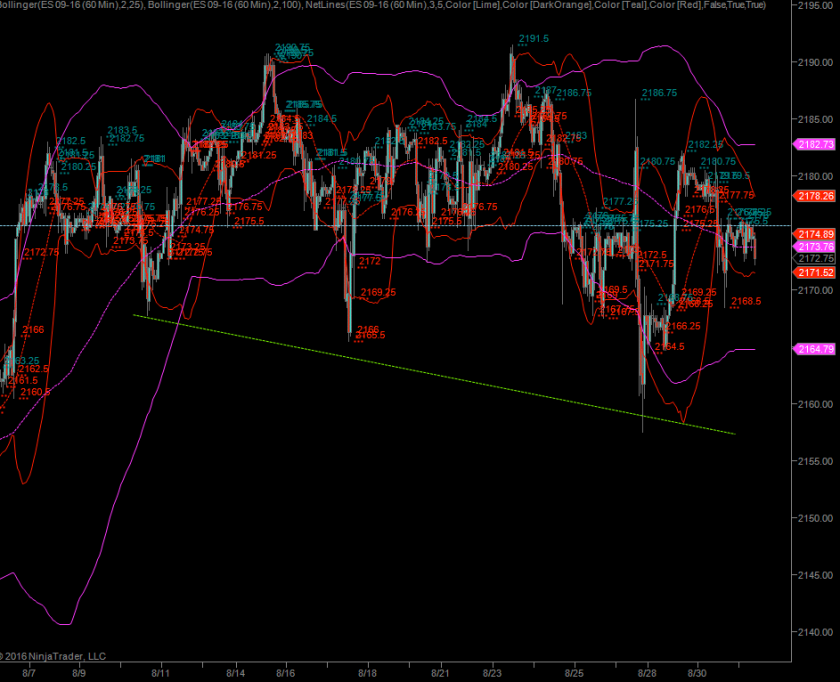 There is not much I should add to yesterday’s post really. It’s my pleasure to keep you guys entertained but my primary mission is to keep you guys out of harm’s way. And harm in the financial arena comes most often in the form of volatility. It’s the big quick moves that get ya – and on the other side of the spectrum the very slow but grinding ones. We as human beings seem to be ill equipped to deal with either.

On the high volatility side that’s rather obvious. Just look at the hourly panel I posted above and compare it with the featured image. How do you trade something like that? We as retail traders can’t possibly be as responsive as an HFT system located mere miles away from the exchange. By the time we are aware that a market slide (or an explosion higher) is in process most of the damage has already been done. Plus of course spreads widen considerably and often double already painful losses. I think last Friday was only a small taste of what is to come.

Very slow gradual changes are also very difficult for human beings to perceive and thus often render us incapable of responding to. This is due to host of cognitive biases most of us seem to be predisposed to. I have written rather extensively on this subject in the past and some of those posts are well worth a revisit.

Right now we seem be dealing with a mix of the two. On the slow end we all have become boiling frogs immersed in a sea of intra-day volatility. Which has rendered us incapable of reading the tape due to lack of context and thus has produced a bit of an information vacuum. Some of us have chased the tiger’s tail for weeks on end, resulting in a gradual but steady depleting of trading assets. Others (the clever ones in my book) have simply stood aside and let things play out until we once again gain the benefits of sufficient technical context. Collectively we have been relegated to a drawn-out waiting game, thus testing our resolve. Over time this establishes detrimental mental patterns and habits – we always expect to see more of what we have been getting (i.e. earthquakes, rain, drought, bull/bear markets, etc.). So given a flat summer we continue to wait for Godot who of course never arrives. Or by the time you realize he’s arrived he’s already long gone.

On the short term side it’s been either extremely painful or pure manna from heaven depending who you ask. Swing traders love this type of tape and they thrive in it. Mean reversion is the name of their game and we’ve had plenty of that. It’s really not my cup of tea but I do take notice and have attempted to put everything into context so that we don’t fall prey to not seeing the forest for all the trees. My main motivation has been to identify market characteristics and meta data such volatility, breadth, momentum, velocity, market sentiment, inter-market correlation, etc. and compare with historical precedence. Unfortunately given the rather unprecedented market conditions as a result of a global experiment in quantitative easing comparing what is happening is rather difficult. So let’s focus on what we know and what we can control right now:

I did a pretty fair job guiding you guys through the last bear market and I will do my best to help you navigate whatever they throw at us in the months and years to come. For now I caution you to control your bearish enthusiasm and instead focus on daily operations. Learn to control your emotions and focus less on the quantitative aspects of trading, instead focus on the qualitative ones instead.

Finally, and I have rarely ask for this over the past eight years: Support this blog in whatever fashion possible. Community and daily collaboration will be extremely valuable going forward. Even more important will be psychological support which is the most neglected aspect of trading. If we think we are prepared for what is coming then we are fooling ourselves (and that includes me). There is strength in numbers. And sometimes you just want to be able to let off some steam. Trading in isolation runs the danger of feeding your own echo chamber.

I could go on but you probably get the idea.