My apologies for being relatively quiet on such an exciting day. Unfortunately there was a death in my wife’s family and I had to be there to offer some moral support. Which means I haven’t been trading (much – the systems are always on) and earlier this morning there was no reason to grab positions ahead of Draghi’s announcement. 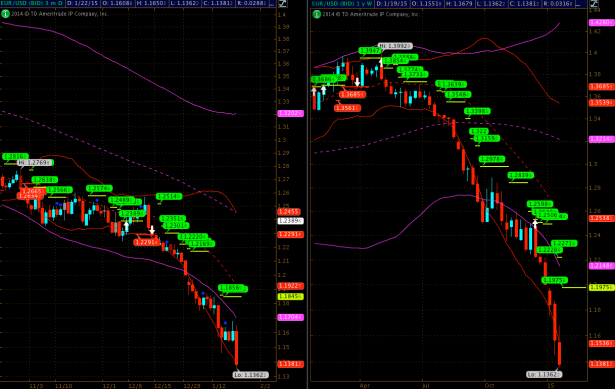 So let’s talk about the big news first – most likely I’m not telling you anything you don’t already know but in a nutshell: Despite strong dissent by both German members of the ECB’s board the decision is to issue €1.1 Trillion in QE at €60 Billion per month. That’s a mighty chunk of change aimed at countering the threat of a supposed deflationary spiral. Obviously much of that had already been priced in but the expectation had been around €50 Billion per month but what’s another €10 Billion among friends, right?

Accordingly the EUR/USD is now at 1.13 and change and there’s no telling when this free-fall will end. 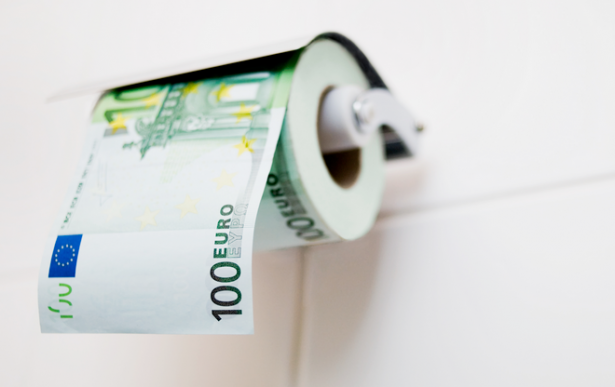 Clearly Draghi didn’t win any popularity contests over in the old Vaterland today, but he’s now officially my new best friend. Looks like I’m going to save a lot of money on toilet paper and may be able to move operations into my favorite Valencian palacio. Because unless the U.S. Fed is interceding somehow in the near term future we may see the Euro on par with the Dollar at some point this year. How about we organize an Evil Speculator Euro-Par-ty over here in Spain when it happens? 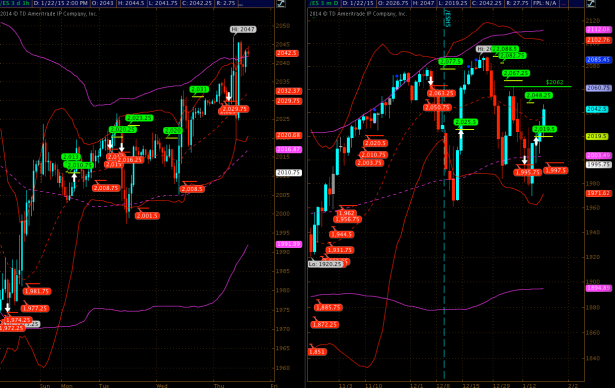 On the equities side we’ve been getting exactly what I suggested yesterday – more upside and we are now approaching the point of no return for the bears. Given my post I had a very tough time taking an NQ long position via Thor last night – the short campaign had previously ended at break even. It’s interesting how I was emotionally uncomfortable about placing this trade. Scott and I were on the phone and the consensus was ‘yes, we absolutely have to take this trade’ – especially since we were both pretty bearish. Practice what you preach, so to say. 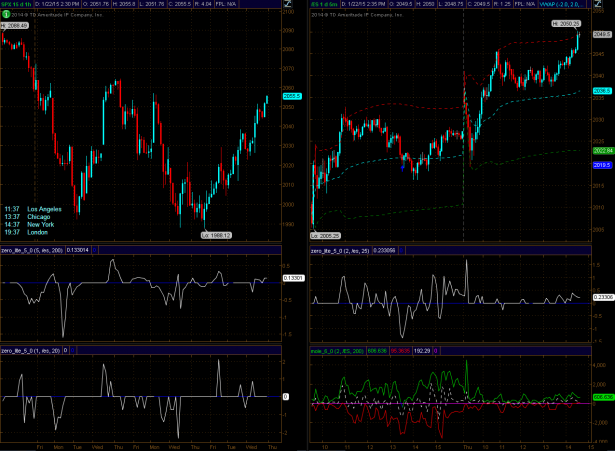 Bottom Line: Nothing has changed – 1600 is where the bears fumble the ball again and we most likely are going to see new highs. Which however wouldn’t mean that this bull market picks up where it left off a few months ago. I maintain that we are in the late stages here and I also don’t like the participation I’m seeing on the Zero. This may turn any day and I suggest that you slim down any significant equity exposure (i.e. large stock portfolios, stock based funds, ETF/ETNs, etc.). 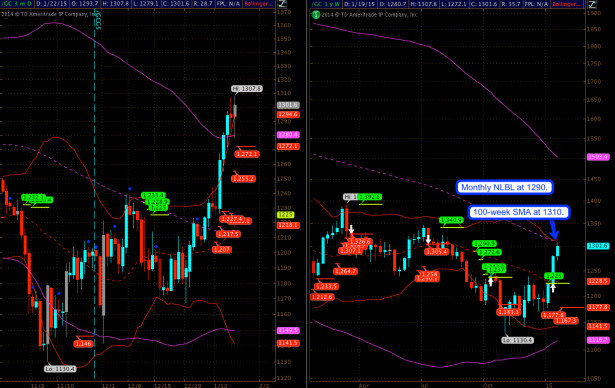 Our gold campaign is looking very good now as we are only a bagel throw away from the 100-week SMA at 1310. Not shown on the panel above is the monthly NLBL at 1290 which we’ve already crossed. A close above this mark on January 31st would be a monthly buy signal and excellent news for anyone already long (i.e. this lowly Mole). I’ve told you guys that I intend to hold this one into 1500, that would be one trade for posterity given my 1212 entry.

That’s all for today – see you guys tomorrow.