And that is why we always always and always rely in price – the ultimate denominator. Repeat after me – I will never argue with price – I will never argue with price! Quite frankly half a lifetime ago when I was a lesser trader my ego may have led me into taking out short positions yesterday. But like so many of you I had to learn certain lessons the hard way – meaning I had to pay the price for stroking my own ego and thinking that the market would ever care about my silly little charts. Strangely enough, since I adopted a position of acquiescence to the dicate of price my charts over time started to pay off. 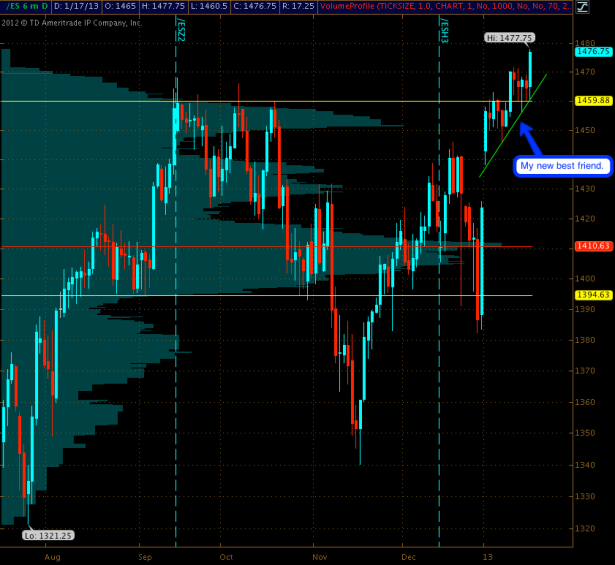 So let’s say hello to our new best friend – Mr. Diagonal which has been serving as a perfecto jumping board for the past two weeks. To repeat yesterday’s sentiment: “Still looking supportive and as long as this diagonal holds take anything below with consideration.” 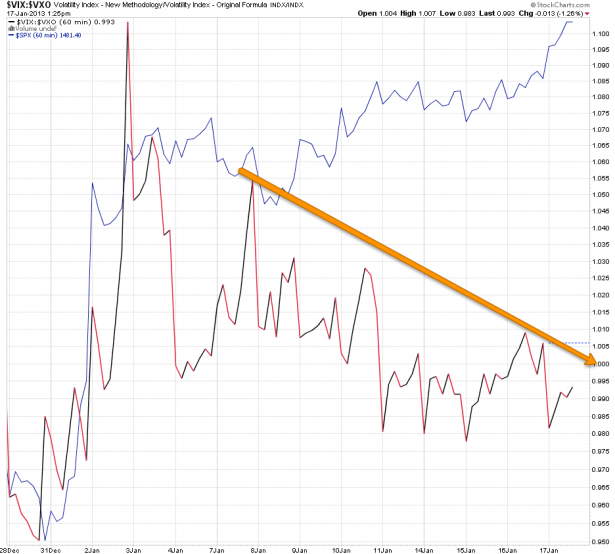 Well, there still is the matter of this. And it’s the reason I would be extremely interested in taking in short position if price would show any signs of weakness. Alas we have to wait and that may be a good thing. I would love to buy some vega with the VIX trading below the 13 mark. Hey, it was on my Christmas list after all! 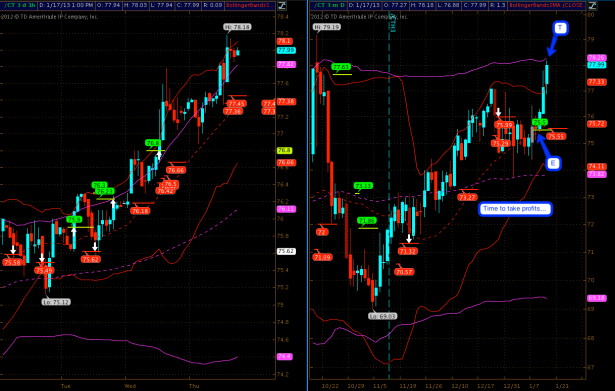 Cotton update: Not sure how many of you used the ST panel to get positioned on the 11th. Since then it’s been going gangbusters and if you followed me into this abyss I would suggest you take profits now.

I hate to quote myself again (not really) but here it is from yesterday’s update: “Copper looking bearish – today’s drop through the 100-day would usually put me into a short position. But considering the weekly panel I would wait for a drop below the 25-week SMA.” And that, ladies and leeches, is why I correlate different time frames 😉 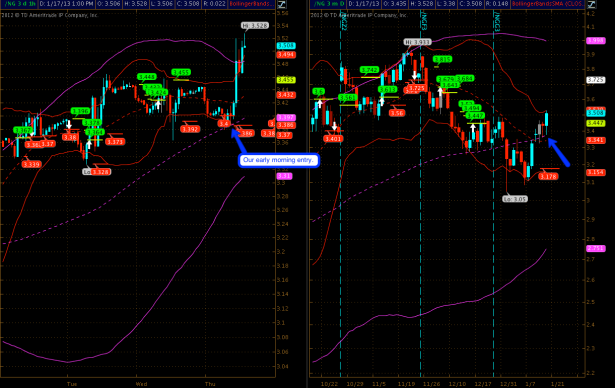 Natgas – didn’t see this coming but my sleepy early morning entry turned gangbusters a short while after. Take profits now unless you want to hold this one all the way on the daily. 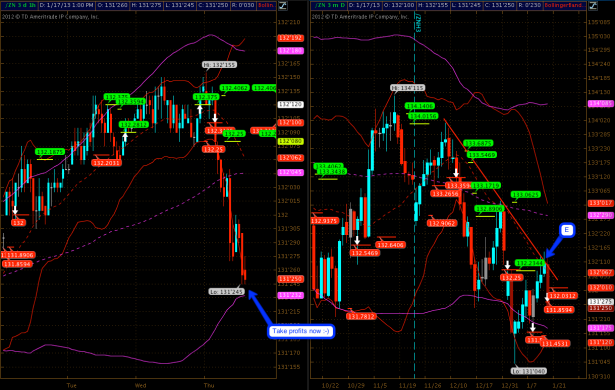 Bonds update – yesterday’s entry at the diagonal. It was speculative but sometimes it’s better to be lucky then good, right?

Some very juicy setups lurking below – please follow me into my winter lair:
[amprotect=nonmember] More charts and non-biased commentary below for anyone donning a secret decoder ring. If you are interested in becoming a Gold member then don’t waste time and sign up here. And if you are a Zero or Geronimo subscriber it includes access to all Gold posts, so you actually get double the bang for your buck.
[/amprotect] [amprotect=1,13,9,12,5] 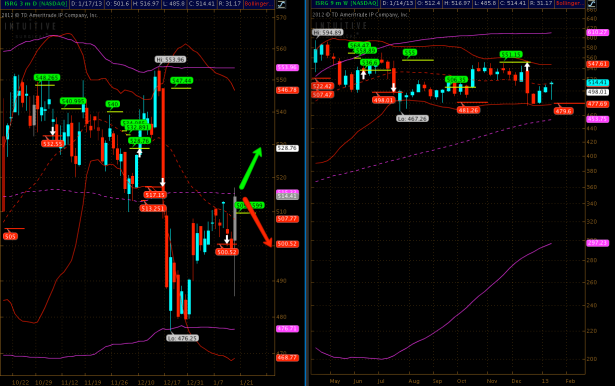 ISRG at its 100-day SMA plus its 25-week SMA. Great inflection point and I’d take it either way. Right now I’m long with a stop below (we have breached since I took this). 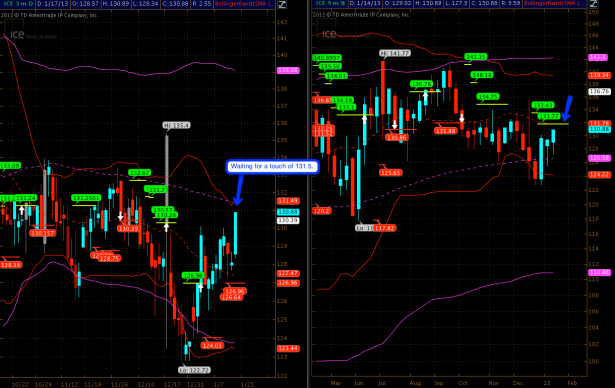 ICE is kissing that SMA as I’m typing this. Short right now with a stop above. Put your stop above 131.77 (the weekly NLBL). 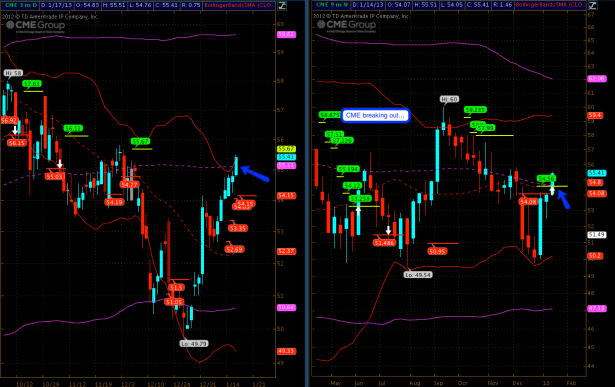 Break out on CME – I like it and want to be long. But it’s run a bit already and thus I await an SMA retest. If we get it that is – they happen to be among my favorite setups. UPDATE: fat change – this thing is really running… 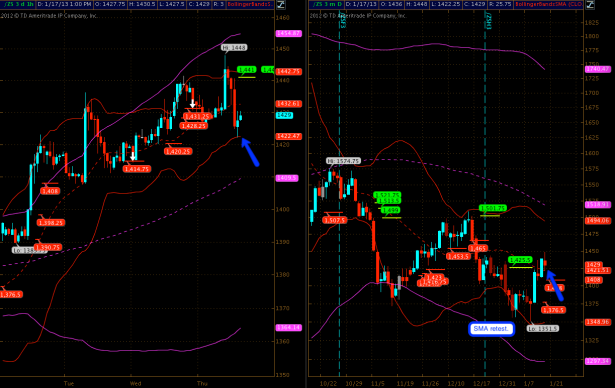 Soybeans are back at the SMA. I do like retest as I said but I don’t like the SMA falling like this. However there’s support on the short term side (the BB), so let’s hold on to this one unless we breach below. There’s a NLSL on the daily now offering additional support. 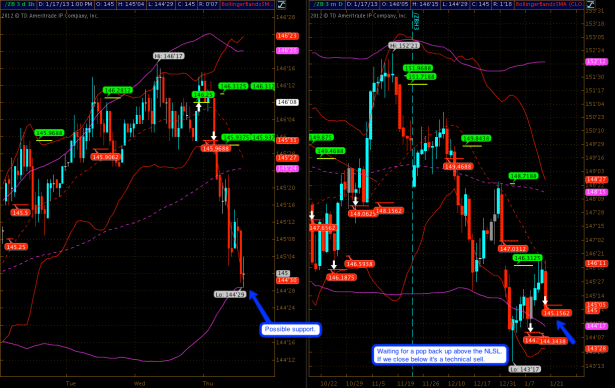 The 30-year is touching ST support. I would be interested in a long position but only if she manages to breach that daily NLBL again. So we wait… if we close below then we may see continuation to the downside. 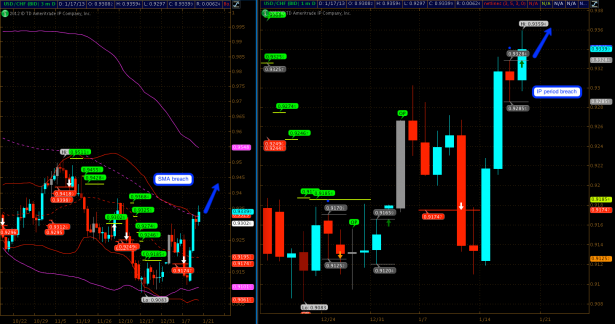 USD/CHF – nice breach of the 100-hour plus we got an ID breach today. I’d be long here with a stop below both the 100-hour and today’s ID trigger. 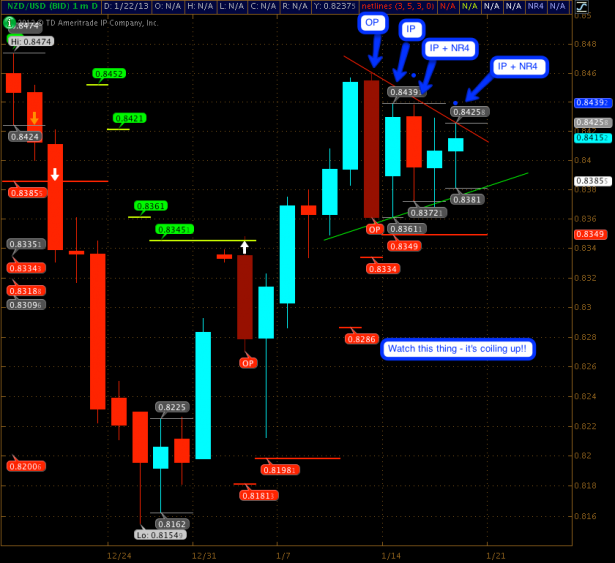 Last but not least NZD/USD – guys keep a close eye on this one as it’s really coiling up. We had an OP followed by a whole series of inside periods (or inside days). Plus it’s painting a triangle formation of some sort – I am going to be all over this one!