Yes, we are trickling down – but I am not liking this tape. Let me show you why. 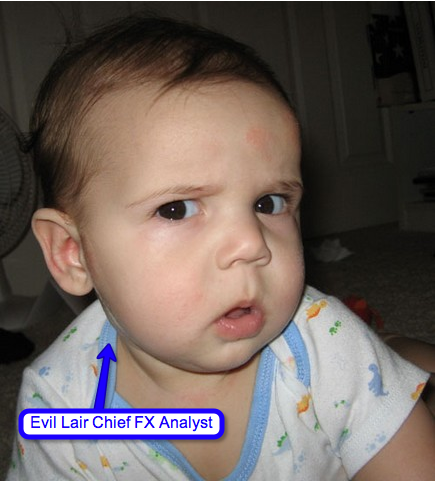 I’m looking at my medium term EUR/JPY chart and am disappointed by the lackluster response in equities in following it lower: 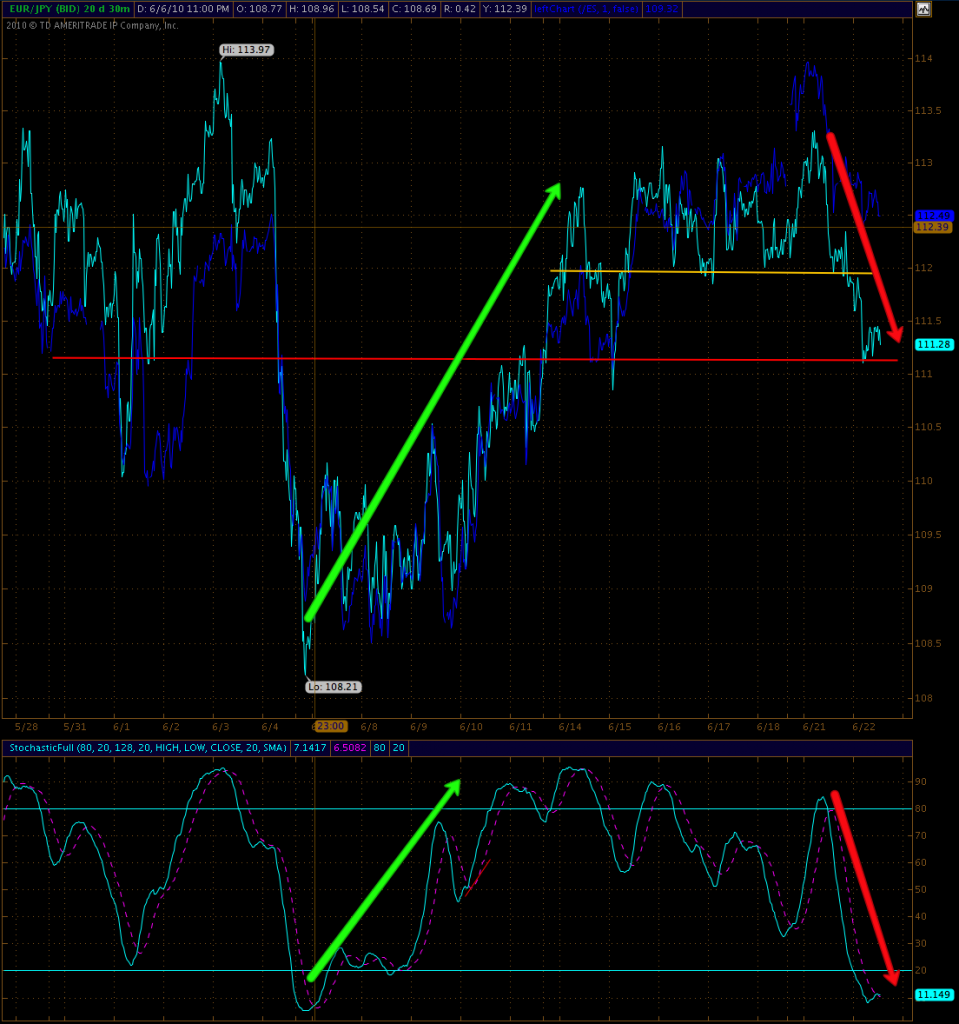 We don’t trade correlations – however we respect them as supporting or resisting forces which help us assess the probabilities surrounding various near term scenarios. What I’m seeing on this chart is that we exerted a reasonable amount of energy pushing up by quite a bit while the same amount of energy produced less than half that move. It’s pretty much the inverse of what was transpiring a few weeks ago on the EUR/JPY.

Even worse, equities are ignoring that drop through a pretty important support cluster at the 112 mark. At this point the EUR/JPY is basically burned out and I fear that odds for a continued drop here are diminished. Which brings me to the chart I didn’t want to have to post, but I think it’s time that I elaborate on the ‘Summer Of Pain’ scenario I hinted on yesterday: 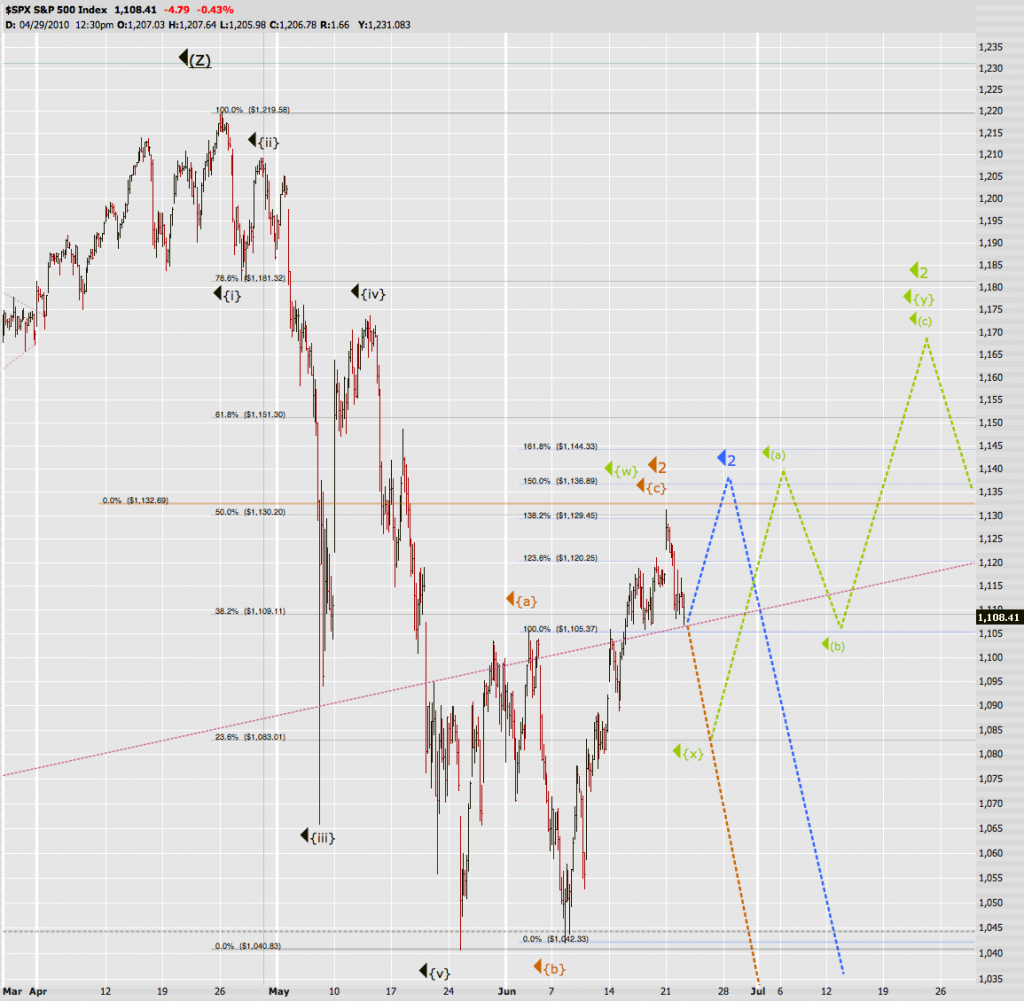 What we are looking at here are two bearish happy endings and one that will drive the bears nuts for a few more weeks (the lines do not exactly predict the length but it should be at minimum 2-3 weeks for Soylent Green).

Orange is the most bearish and continues the assumption that Minor 2 has completed.

Blue will take the bears for another scare up before it finally breaks and also delivers the long awaited Minor 3 descend.

Green is an approximation of a more complex pattern that could unfold. In that case the recent highs mark a completed {w} which should be followed by a fake drop to the downside (i.e. {x}, which is the spring board for the final leg up (i.e. {y}) which could be a zigzag – a flat – a triangle – you name it. Something that drives the bears mad and which Yelnick (a fellow blogger) has named ‘The Big Tease’.

Being a naturally born skeptic I can’t help myself for seeing increased odds for Soylent Green. The negative signals on the Zero have been quite muted as of late and unless we start seeing some sustained (not only for a day) -3 or -4 signals I just can’t buy into the current drop just yet. In terms of price it’s reasonable to assume that a breach of 1085 would diminish this possibility. For one this would be also where that inverted H&S would probably fall apart.

Food for thought. I keep telling you guys to be mentally prepared for a summer of pain. Maybe we get lucky as in Soylent Orange or Blue – but how often have we been lucky in the past 18 months? 😉

Please trade accordingly and unless you are already positioned, don’t chase this move down.

3:00pm EDT: Of course the second I post this the triangle on the ES futures breaks and we’re getting a -5 signal (still in progress) on the hourly Zero – LOL 🙂

Let’s not pop the Cristal just yet however. I really need to see 1085 to be obliterated. If the Zero stays in such negative territory we may just do that.

Closing Bell: We did get a nice negative signal on the Zero plus the EUR/JPY pushed through that red support line on my first chart. So far so good – 1085/1080 is really where I start giving Orange top probability. Blue is close to being out. Green is still absolutely in play.