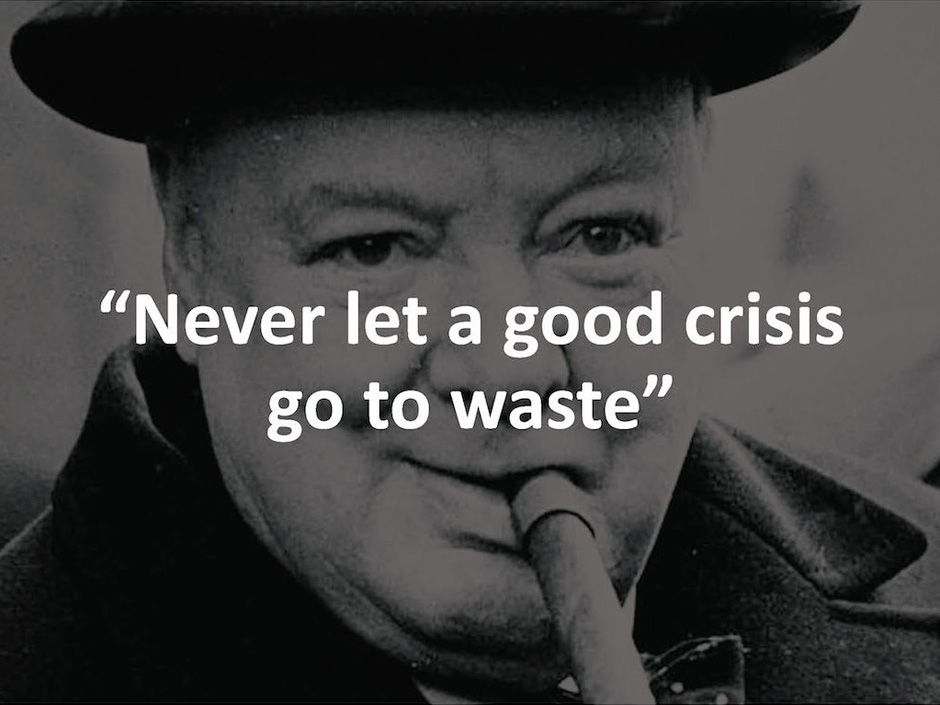 I’m a bit of a history buff and beside general curiosity it’s for a very pragmatic reason. Looking back in time teaches you a lot more about human nature and the way the world works than the most erudite of academics or philosophers. The quote ‘never let a good crisis go to waste’ has recently been attributed to Rom Emmanuel but Winston Churchill is claimed of having used it and most likely he himself picked it up somewhere during his long and eventful life. 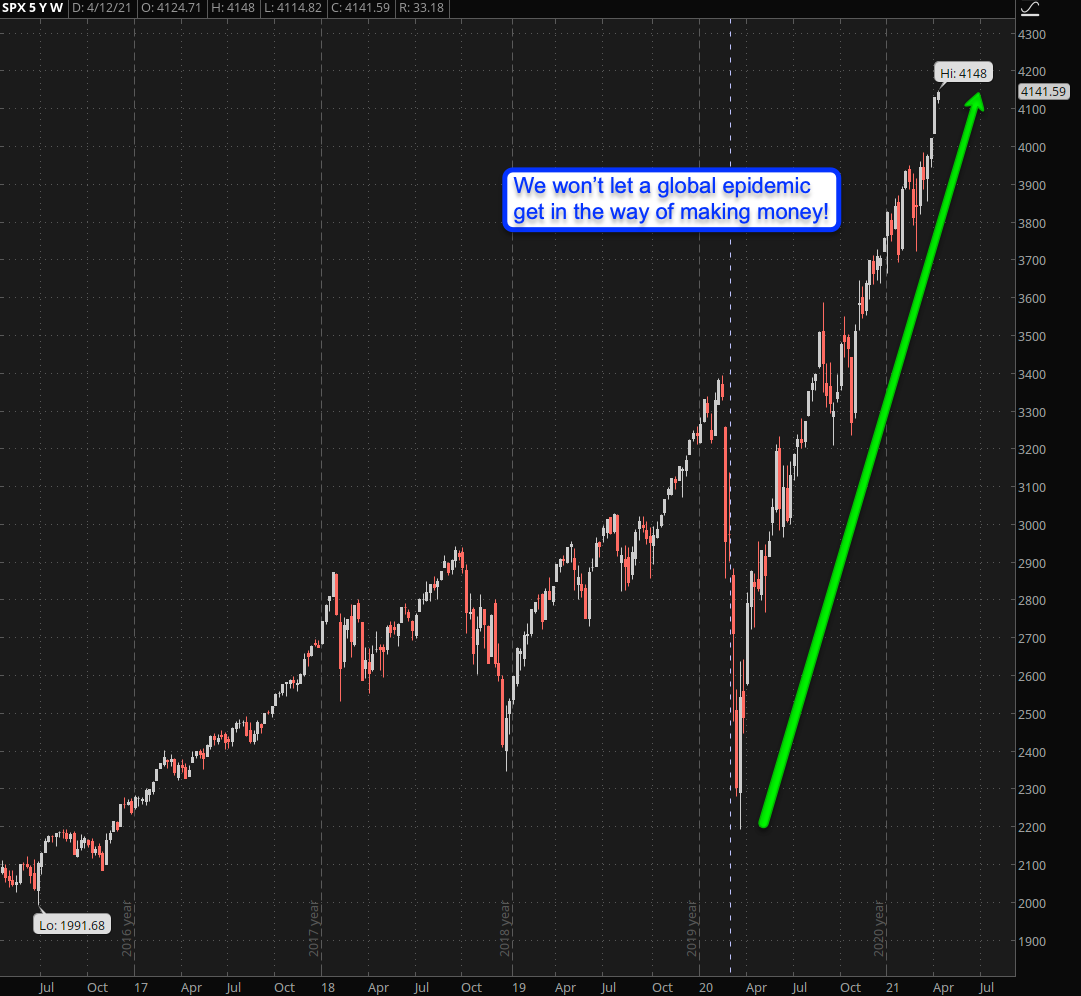 No matter who coined the phrase it’s exactly that what pops into my head when I look at a longer term chart of the SPX. Would you have ever dreamed of seeing the entire equities market double within the span of one single year? I pride myself of having a pretty vivid imagination but I’d have to be honest and say no. 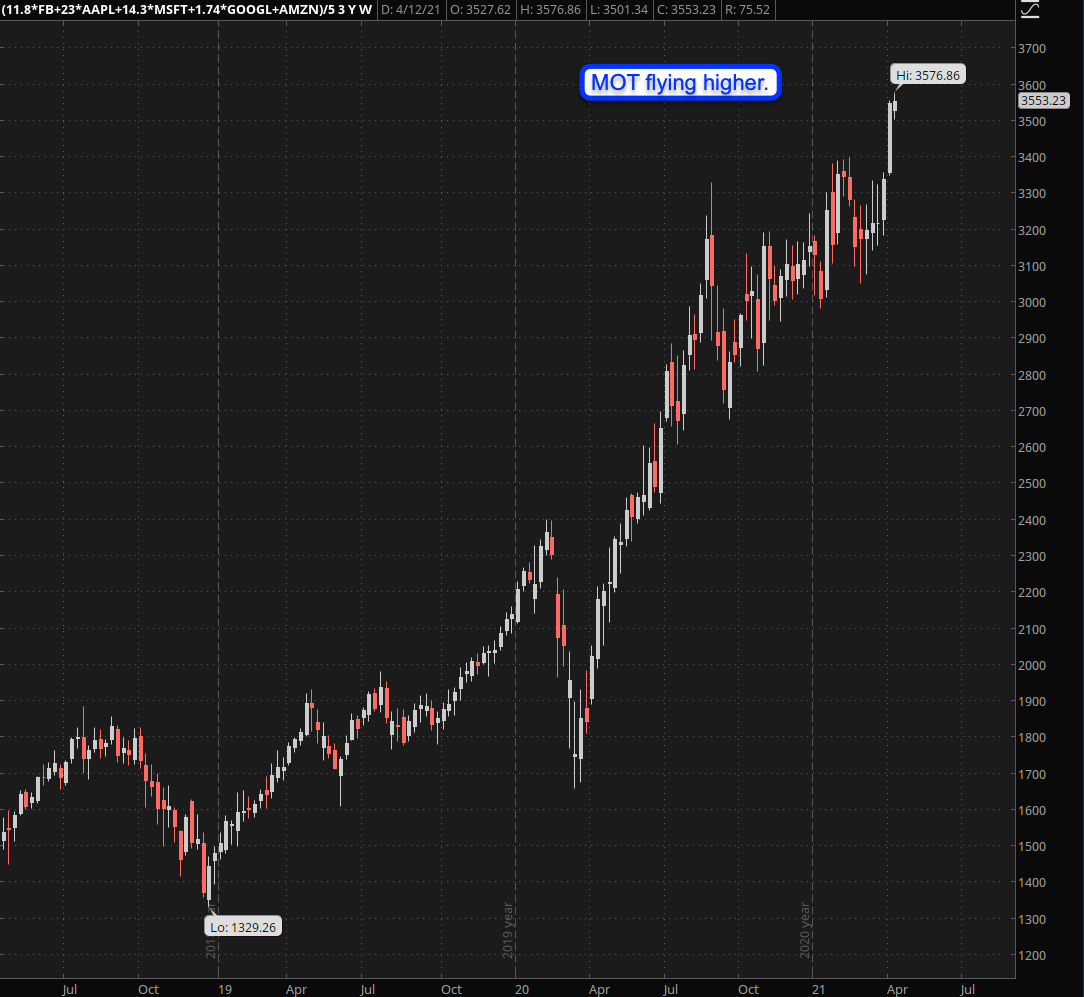 Big tech has been instrumental in leading the charge higher of course further fueled by a growing silicon/chip shortage. And it’s not just electronics. I enjoy building and flying FPV quadcopters and just this morning one of the mini motor vendors I favor advised me that they were unfortunately forced to raise their prices.

This made me go mmhhh a bit because knowing a little bit about how retail pricing works this suggests that vendors are now reaching the point where cutting corners or reducing profit margins simply won’t cut it anymore. Nevertheless, some vendors are currently unable to satisfy demand.

I previously mentioned that I’m still waiting for those juicy DJI HD goggles to become available again. No luck thus far and every time some vendor gets some in they all get snagged up in a matter of hours. If you want two free years of the Zero/Gold sub then ship me a set of those goggles and I’ll hook you up 😉

Expect a similar situation when it comes to food prices. Usually vendors absorb a bit of a hit and first reduce cost (e.g. smaller portions, fewer units, or cheaper components/materials), then they attempt to reduce overhead. Finally vendors run out of rope and recurring clients are notified about impending price rises. 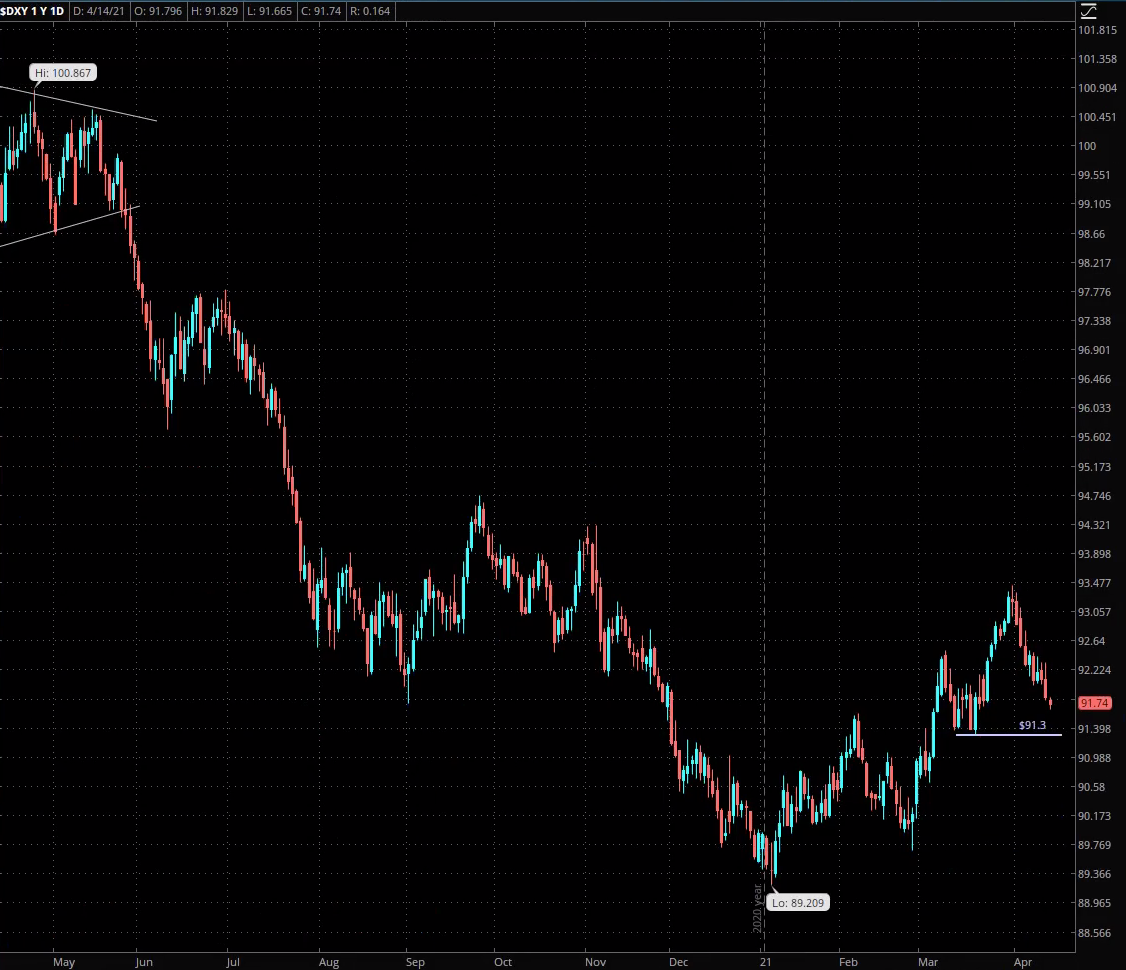 Over the long term this going to put more demand on the USD which is currently back in a short term retracement cycle. It’s now approaching the 91.3 mark which I believe is crucial as a support level or we may find ourselves back near the 90 mark.

At some point however rising prices will provide a floor in the Dollar and that’s when I expect things to get very interesting. In fact I already see several inflection points in play that will change the dynamics all across equities.