I don’t know why you rats are so exasperated this morning. Yes, my puts took a major drop kick to the crotch as well but it’s not that I didn’t project higher highs last week. Alright, I’ll cut you guys some slack though as I can understand that a nine month Dollar carry trade fueled bear slaughter can wreak havoc on anyone’s nerves (and portfolio). 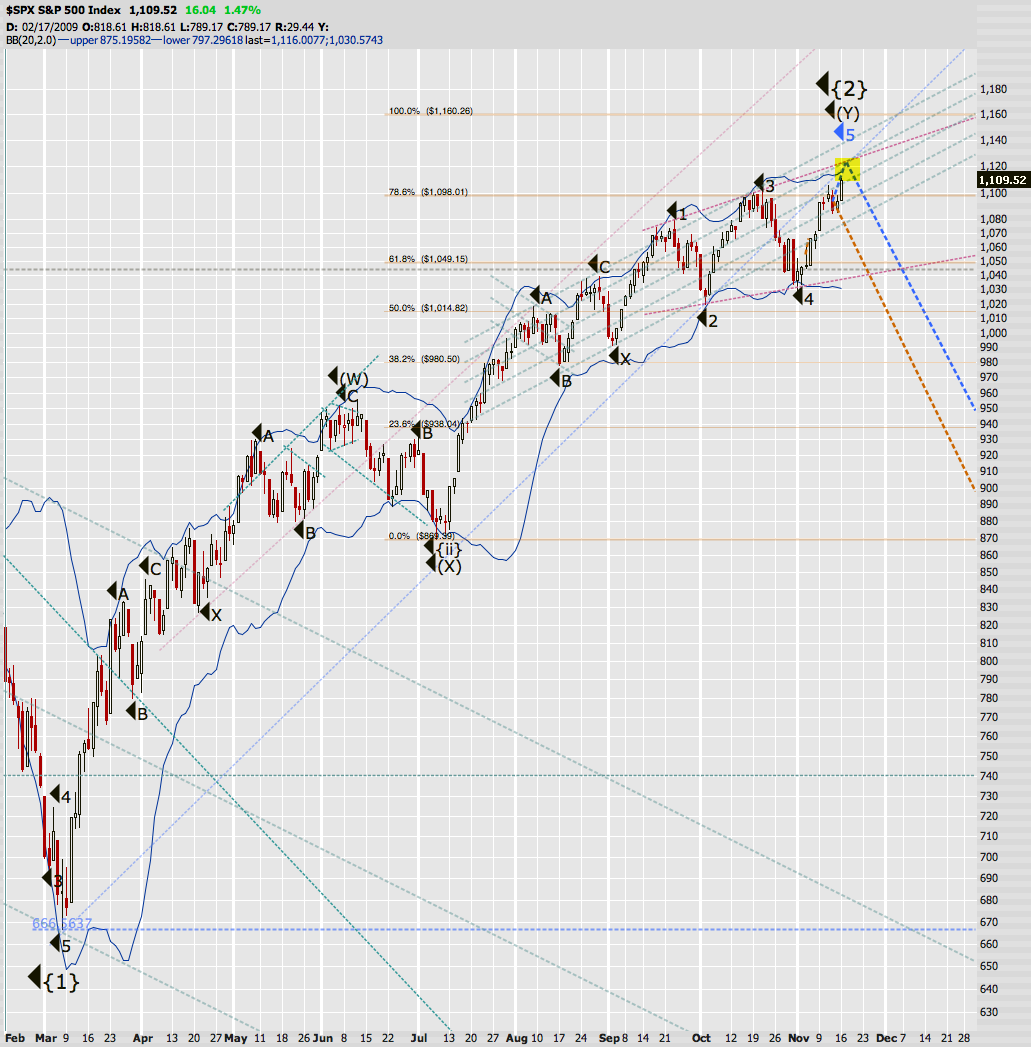 Berk and I seem to be in sync on the count this morning. Here’s the long term view in all its bullish glory nastiness. Actually it’s starting to get very interesting IMHO – we are approaching key levels I have marked on the chart. But remember my final countdown post last week – we could easily push into a throw-over, which would also get us nicely outside that 2.0 BB which has been a granite wall for the bulls and bears alike all year. 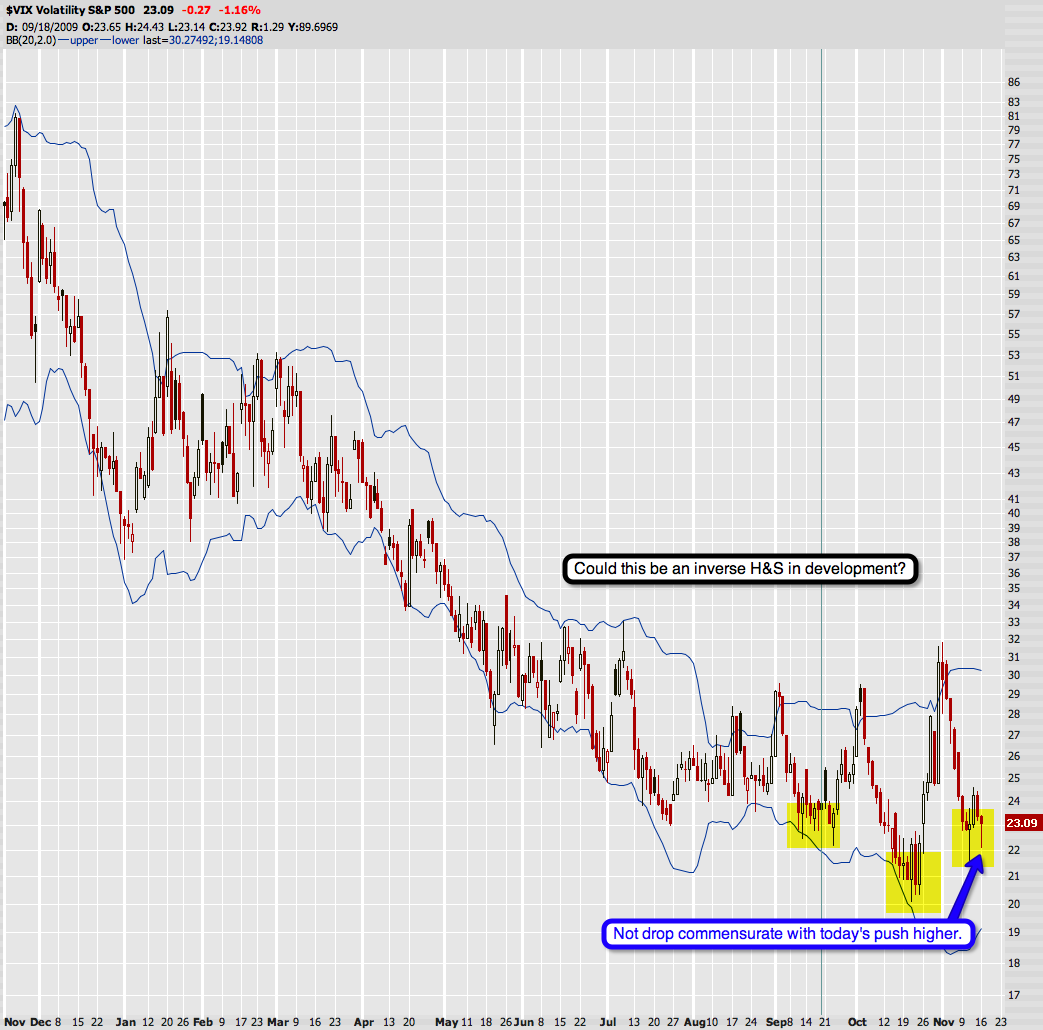 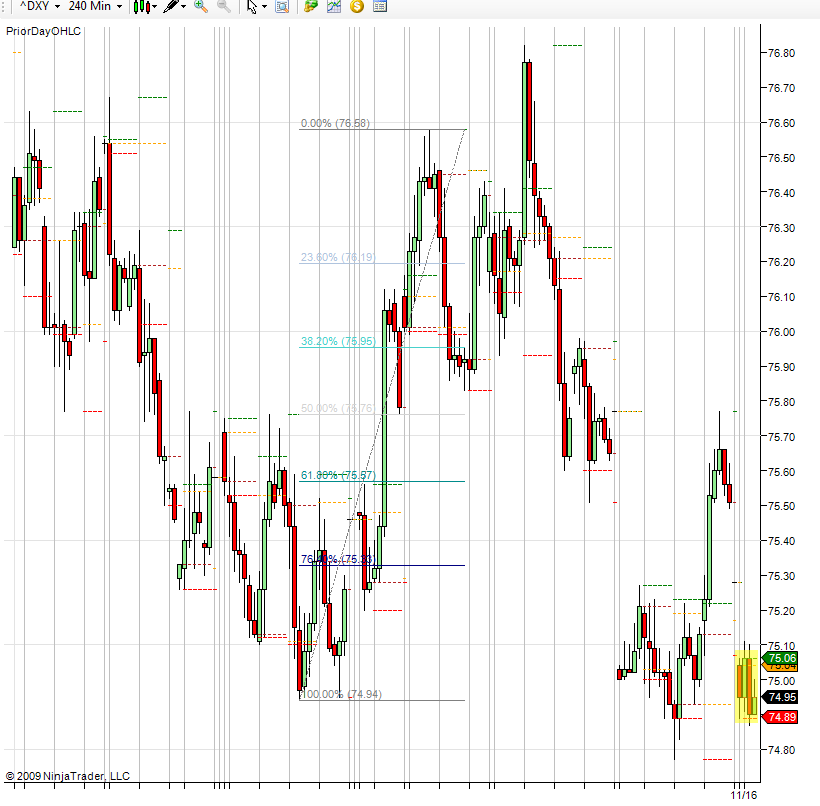 The Dollar got spanked again in observation of a now well established late Sunday tradition – that’s a nasty gap downward, but thus far it’s been holding its prior lows. Will it last? Well, maybe- let’s take a peek at 2sweeties’ DXY RL odds calculator: 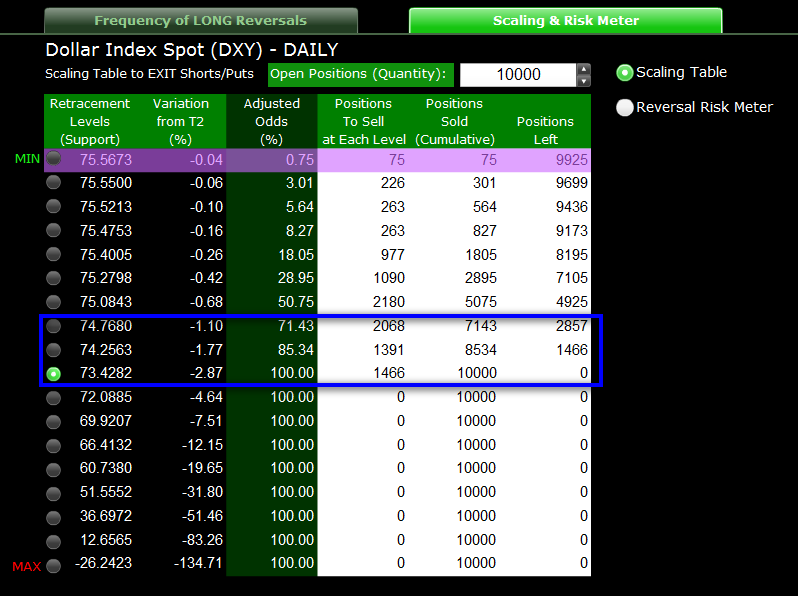 First up I set the 100% mark fairly conservatively at 73.42 – after all those carry trade boys know little mercy. Why that one? According to my thumb * ? calculation – that’s why. Alright – seriously now – simple long term chart perspective: 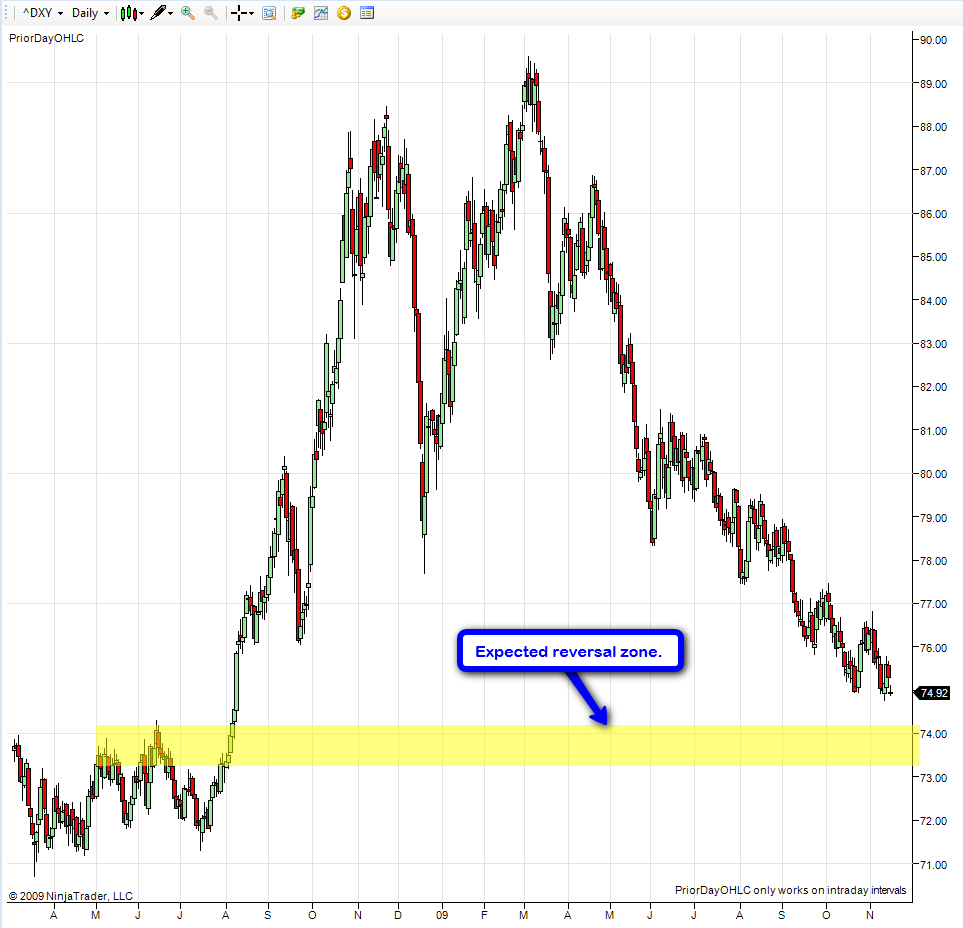 It’s fair to assume that if we slide any further here the next reversal zone are the spring 2008 highs which should now serve as at least some measure of support. 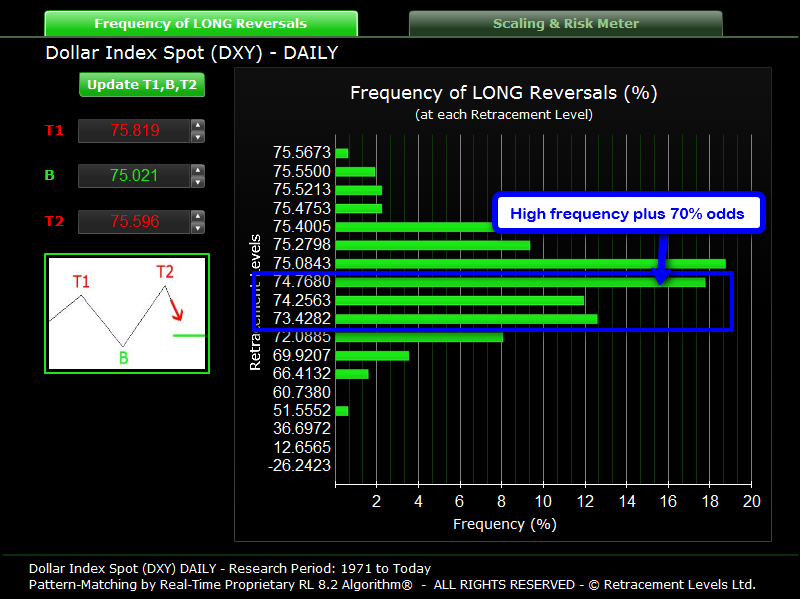 Now let’s correlate that with the frequency tab. As you can see we already busted through the highest frequency RL at 75.08 and we are currently hovering slightly above the 74.76 mark. We might just hold here but if we drop chances are we go at least to 74.25 and perhaps even drop all the way.

Based on what I’m seeing in equities I’d be very cautious here with the Dollar longs – if we hold the current highs in equities the Dollar could see a little bounce tomorrow. If we however see a consolidation in equities then it’s possible that this will be the setup for a final run to the top and that would most likely mean more downside for the ole’ buck. Yes, it sounds a bit backward but if you ponder about how the game has been played lately it’s not exactly that counter intuitive.

Good luck out there – it’s a cold winter for the bears.

1:23pm EDT: While we watch this tape melt higher on horrible economic stats, why not do something productive with your life and bulk up on your option skills? Watch Ron Ianieri’s option greeks tutorial for free – third one on the right. 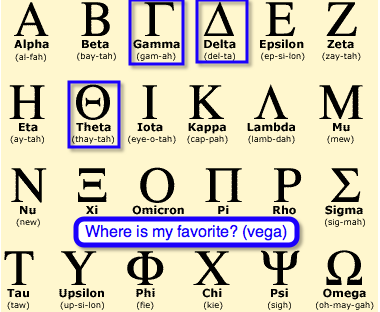 I really enjoy Ron’s style – among all the tutorials over at INO his work really stands out. Not only does he know his options – his delivery also reminds me of that football coach I never had. Alright, the joke here is that I was born and raised in Europe – but the joke would actually be on you as I actually did play American Football over there (running back)- go figure – guess I was destined to become a damn yank.