No Casual Fridays At The Lair 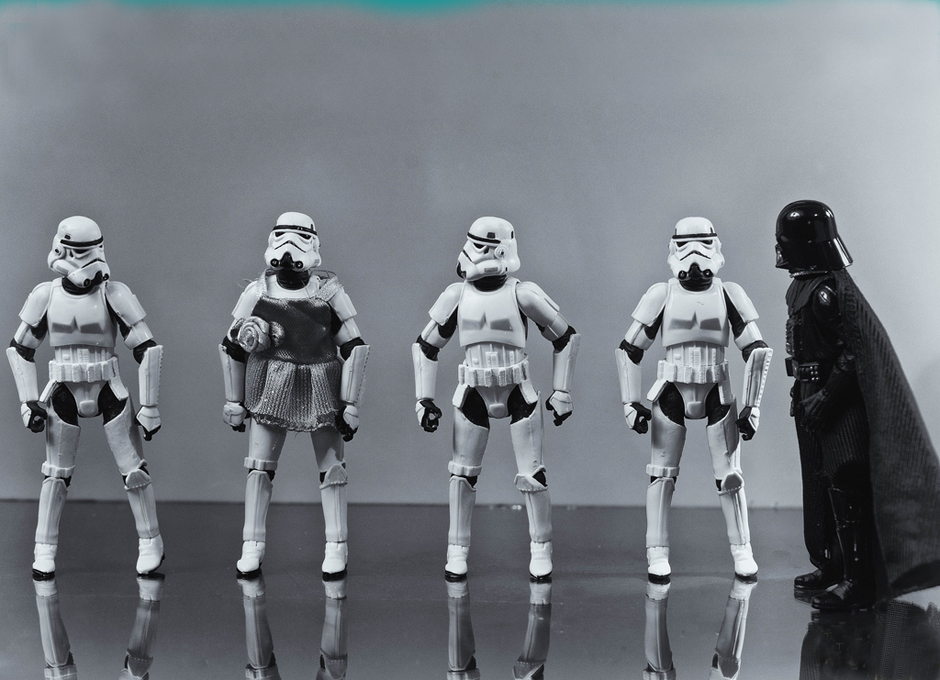 Sorry guys but casual Friday will have to be postponed until further notice as we’re too busy banking coin and taking numbers. On top of a veritable laundry list of winning campaigns over the past few weeks we managed to grab a very fortuitous entry on the E-Mini yesterday right ahead of the opening bell. As I was a bit pressed for time Thursday morning I thought it worthwhile to share some of my pertinent perspectives today, i.e. what caused me to suggest this campaign in the first place and how my initial beliefs were confirmed later in the session. 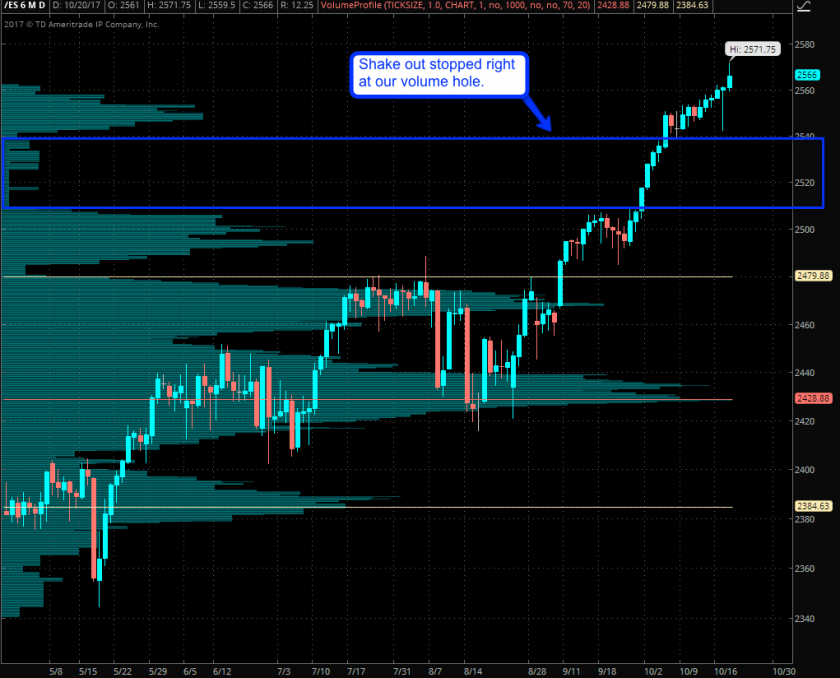 Exhibit A most definitely is the volume hole posted on Tuesday and which was never close to being challenged. This in addition to the short term floor pattern justified a proverbial lottery ticket as the impending threat of a meaningful interest rate hike (after positive initial jobless numbers) was priced into this market a long time ago. 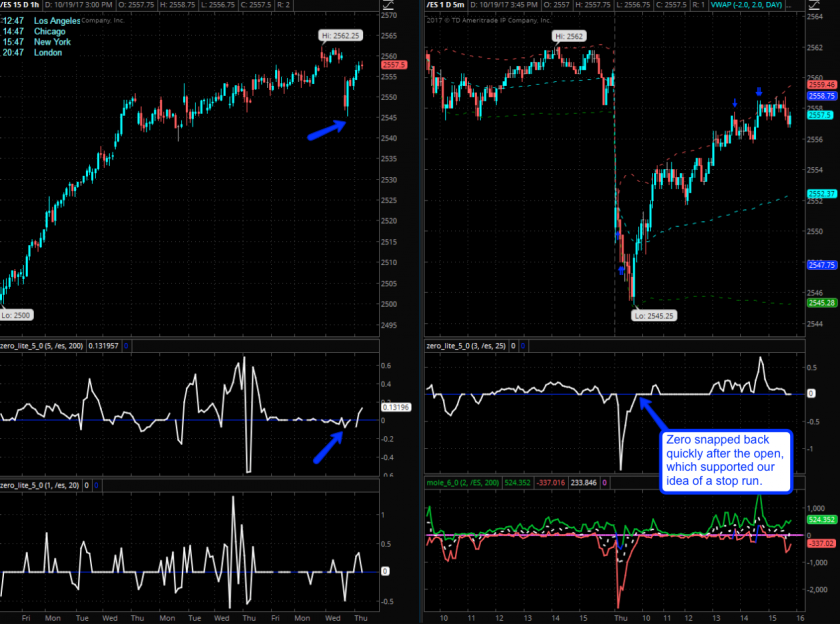 Exhibit B of course is our Zero indicator which has shown us very little participation over the past few weeks and that usually means lack of fear and maximum complacency. I’m not saying the market is necessarily justified but let’s remind ourselves that we are trading the market we are given, not the market that should be.

Finally after the open (post-entry) the Zero signal recovered extremely quickly and thus supported our general idea of this having been an attempt to scare the children. Which should be expected after months and months of continuous upside. By the way, if you are not a subscriber yet then you may mosey over to our sign-up page and sign up already. Even if you’re not an E-Mini trader it’s a great tool for assessing  short and medium market direction. Or alternatively find yourself on the other side of our trades 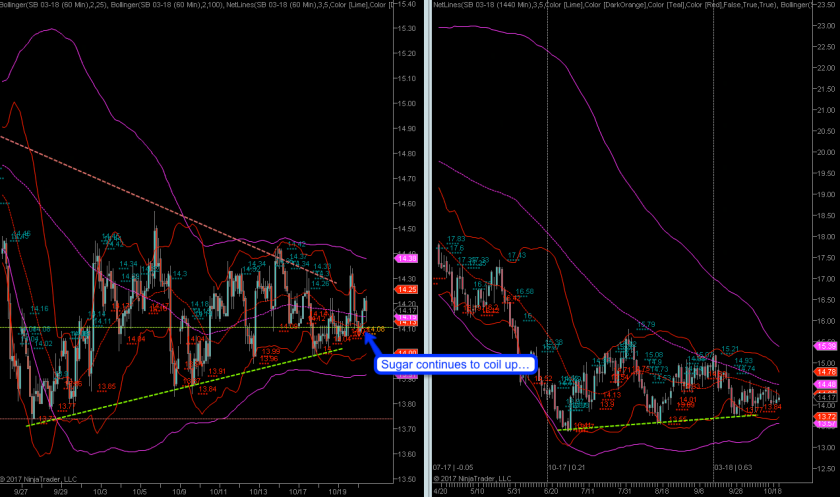 Now sugar has yet to make a move but it’s still early in the game and a little shake out attempt here would be not be unusual. We’re leaving our ISL in place and watch this coil tightening over the coming days… 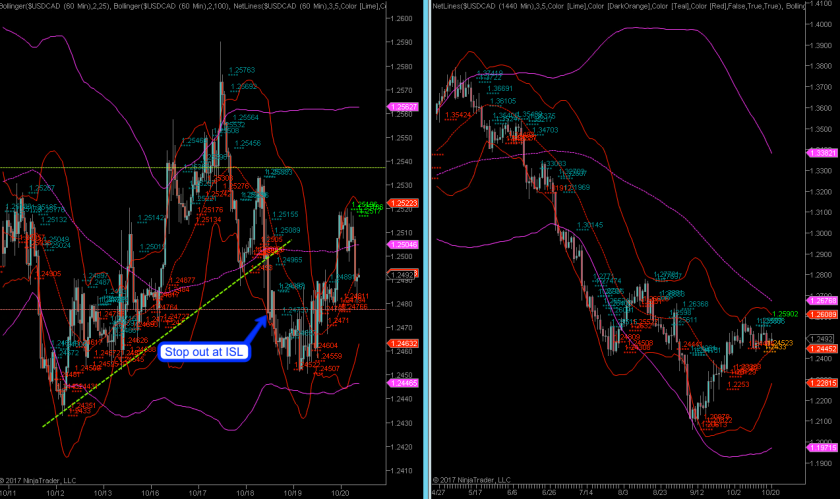 USD/CAD is a stop out at ISL. Surprising actually as this one used to be such a fine runner over the past few weeks, banking us very respectable coin. The market just never ceases to teach you lessons in humility, or in other words – markets have no loyalty and thus always expect to be wrong. 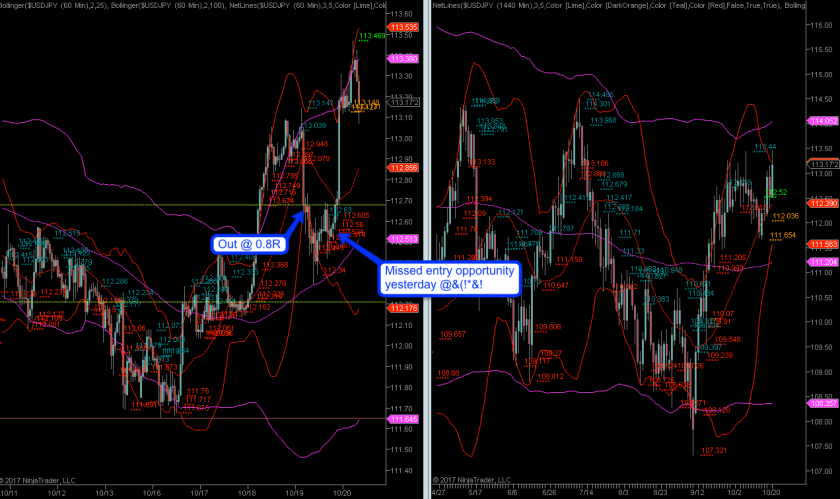 USD/JPY also is a stop out but at least we managed to squeeze 0.8R out of this campaign. I’m a bit miffed for having missed what clearly was a prime re-entry opportunity yesterday but I simply was too busy and couldn’t follow the tape as much as I needed to.

Now we actually have a ton of exciting setups on the roster today, but I decided to keep them all for my intrepid subs as their continued loyalty and support needs to be rewarded. If you haven not already you may want to join us and thus ensure the daily flow of market analysis and entry opportunity.

I think I’ve done enough damage for the week. Now it’s off to the gym for a bit of stress relief. I’ll continue my work on various machine learning and system related projects this weekend but will make sure to squeeze in a Hefeweizen or two somewhere. Have yourself a wonderful weekend wherever you are!