No More Waiting For Godot

Okay, this is what I do not see tonight: 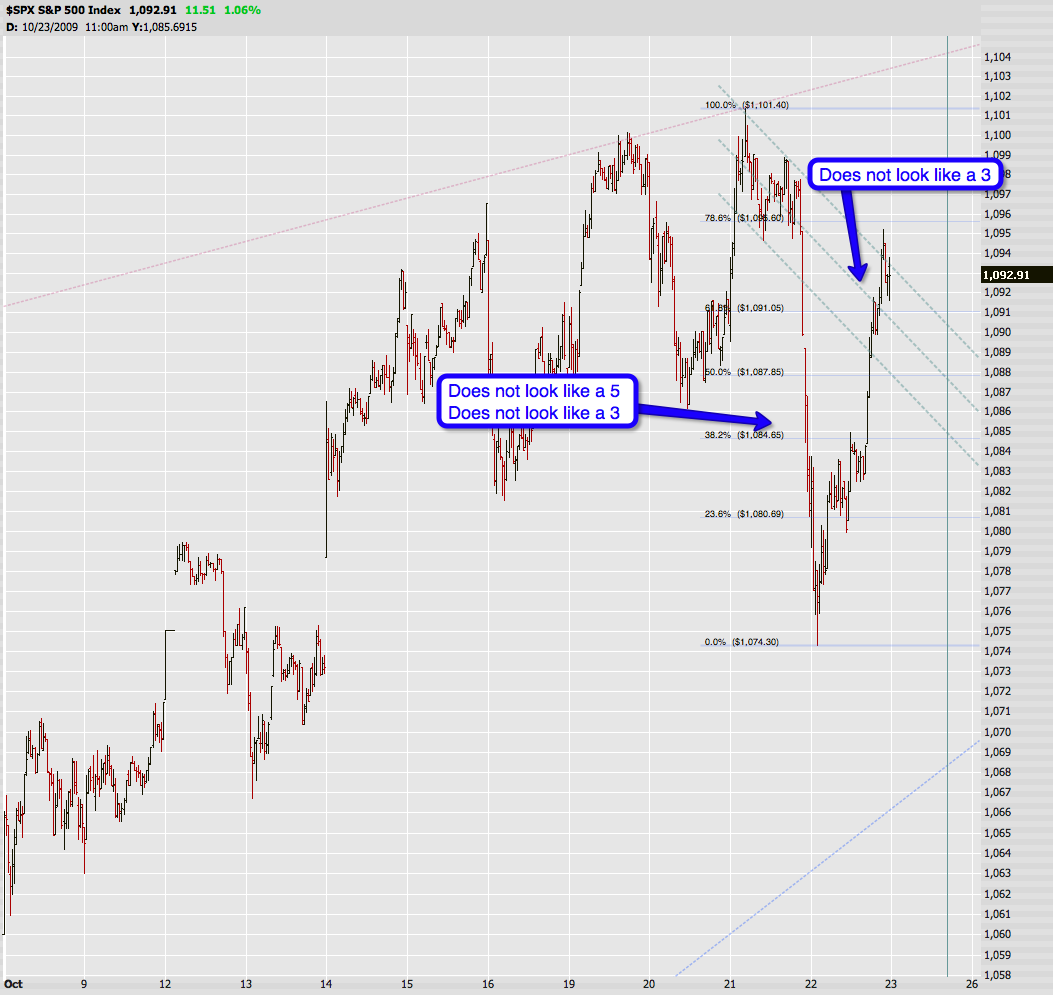 I don’t see a complete 5 on the way down – but I also don’t see a real 3 (i.e. an a-b-c, indicating a correction). Yes, one could count the push down as a 5 somehow – but I’m not here to engage in intellectual exercise – I’m here to make some fucking money.

Now, what I also don’t see on the way up today is a three – this is not looking a bit like anything corrective to me. What I am seeing is a sharp motive in development – and it’s most likely subdividing. Considering the above I need to assume that the trend continues to be up – and yet again the bears were led to their slaughter.

I just had a long chat with Berk and we decided to make a few changes around here. We both think that EWT has its place but in this market environment trading options based on large degree EWT counts and the anticipation on whether or not a Primary degree market high has occurred has turned into an exercise in futility.

However – if anyone has been paying attention – what DOES seem to work very well for me is to sniff out short term market tops or bottoms, it must have been the fifth or sixth time this year now that I called a turning point almost on the mark. What usually blew up in my face was that I insisted on trading long term options which then had their vega (and of course premium) sucked out of them in the ensuing snap back rally a day or two later. So, why continue to do that? There simply is too much free gambling money out there and this market has become way too narrowly traded (i.e. dominated by a few major players). So we can either keep bitching and complaining or we can simply start trading what IS. I for one do not have a death wish and going forward the game will be played a bit differently:

Of course I will continue my usual wave counts but I want to shift our focus a bit from mainly EWT and market analysis to more of a trading blog where symbols and entries/stops/targets account for most of the activity. So, more Anna/Keirsten – and also more of the Berk/Mole that most of you guys probably don’t remember, but who did very well last year.