Not For A Lack Of Trying

If you followed the comment section and the Zero today then you know that we tried to grab some longs near 2081 and 2078 and almost got away with it. I knew right away that VWAP was where the push higher would either resolve to the upside or die in its cradle – as you can see from my note around 2:20pm EST: 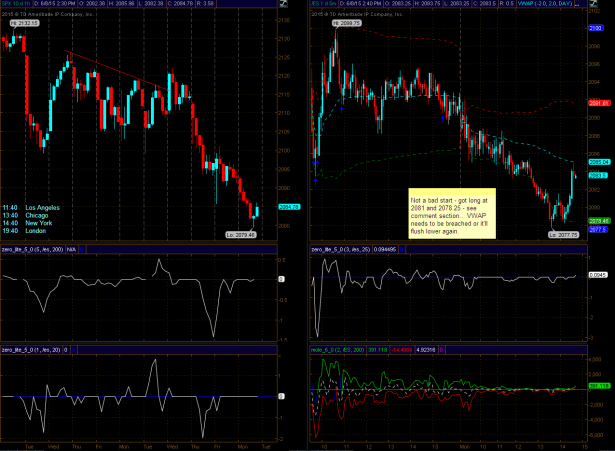 The reason this was clear to me were due to observation of a combination of measures. For one volatility was swinging higher but had not previously floored and cleared short interest as it usually should in order to produce a meaningful counter swing. Secondly was complete lack of participation – see the panel on the right – we never scraped as much as 0.5 on the Zero scale. Clearly institutionals were running the tape and every stop on the way down was triggered systematically. 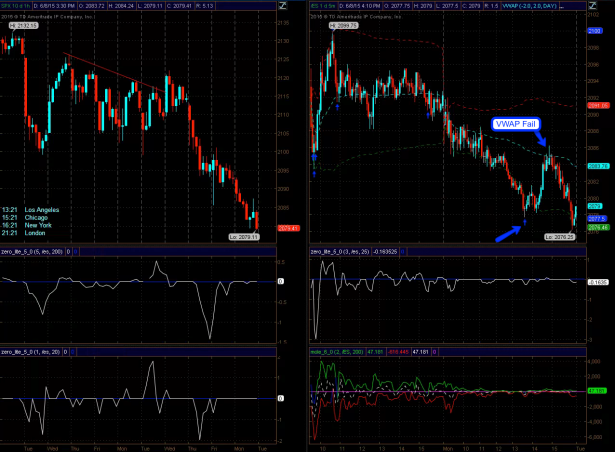 Third – VWAP had only been tickled in the morning and a retest was in the making – the timing was appropriate with most sell off sessions I have witnessed over the past few years. And what happened toward the close was exactly what I proposed ninety minutes earlier: A failure of breaching VWAP led to continuation of the sell off and we closed near the lows. 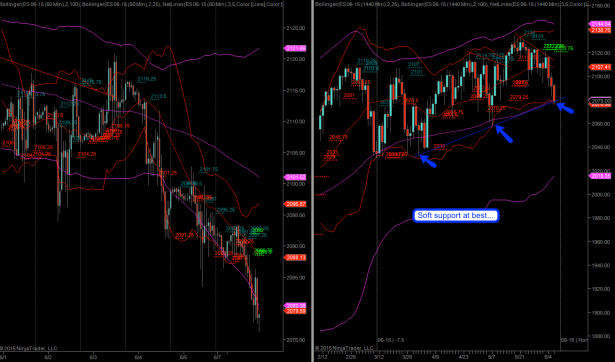 Obviously I played for small beans down here as we hadn’t even touched the 100-day SMA (one of the events I was looking for in my morning post). We are now right on it plus we are touching the lower 25-day Bollinger which is nearby as well. Doesn’t mean we jump higher from here. I have seen barely any buying interest all day and this thing could have legs.

However momo is telling a different story – to learn more please step into my lair: