Nothing Goes Up Forever 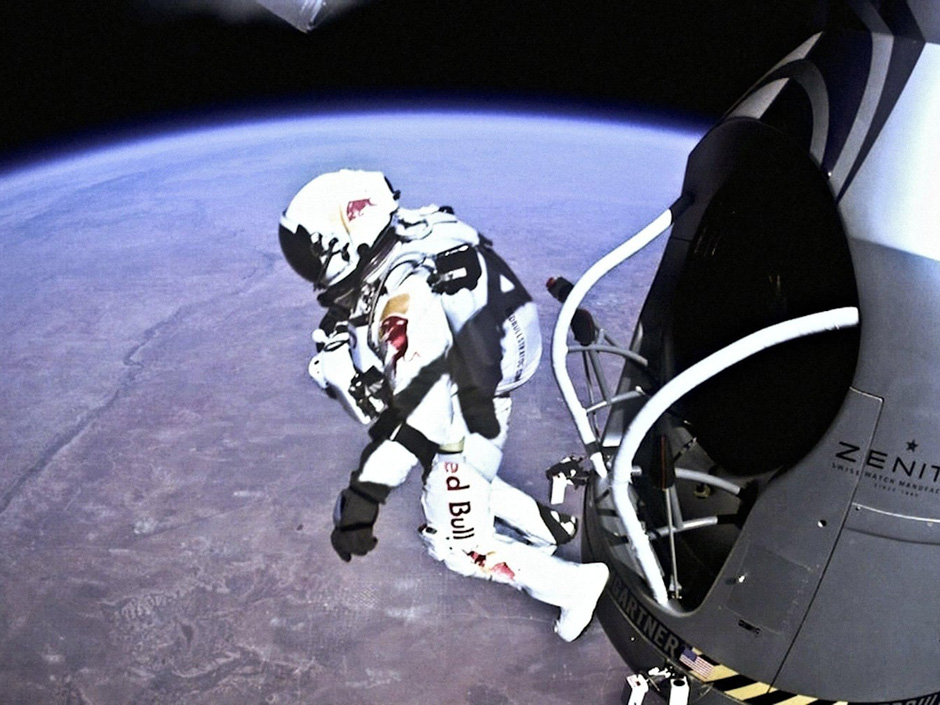 With equities not just reaching but far exceeding stratospheric levels the question of how much longer this can be sustained obviously comes to mind. In fact it’s the prevailing sentiment in light of a face ripping rally that is unparalleled in financial history. I have repeatedly pointed out the obvious disconnect between the stock market and what has transpired across Main Street. Not just all over the United States but also in the rest of the Western hemisphere, which continues to be on the receiving end of various well intended policy decisions. 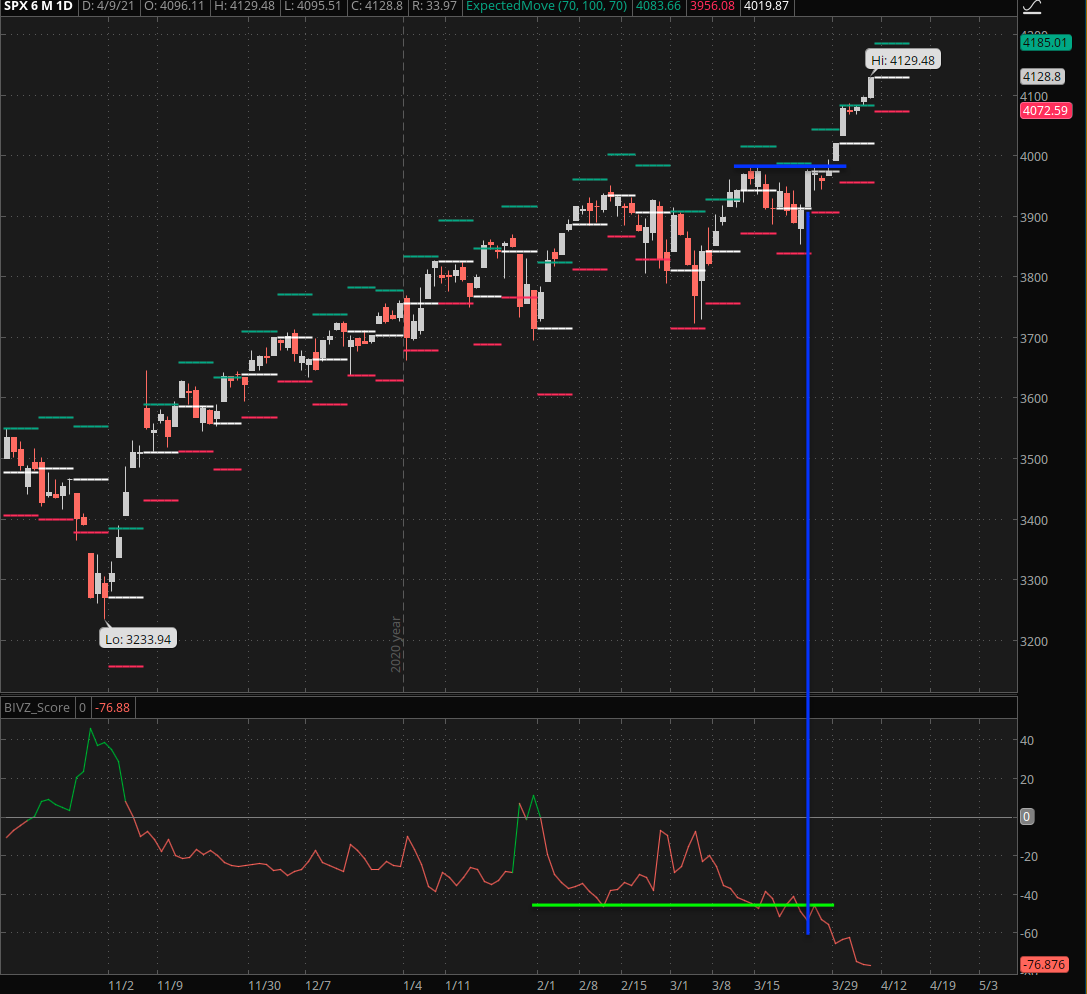 Of course Wall Street doesn’t care about Main Street, it never has and if it ever looks that way then it’s most likely a pretense or worse, a trap set for retail participants.

It’s easy to fall for this trap given that the MSM keeps insisting that economic events are linked to various gyrations in equities and other markets. This is harsh lesson that most fledgling traders are unfortunately forced to learn the hard way.

A much more effective strategy is to simply focus on what the market is DOING as opposed to what it’s TELLING you that it’s doing. Quite often the two bifurcate and not even in a subtle way. Just think back about all the nonsense you’ve heard over the past year about why the stock market was on the brink of crashing and it’ll all come into focus.

For example a distinct formation on that IVZ-Score (normalized in percentages) marks the point when the S&P got ready to make a push for that coveted 4k mark. 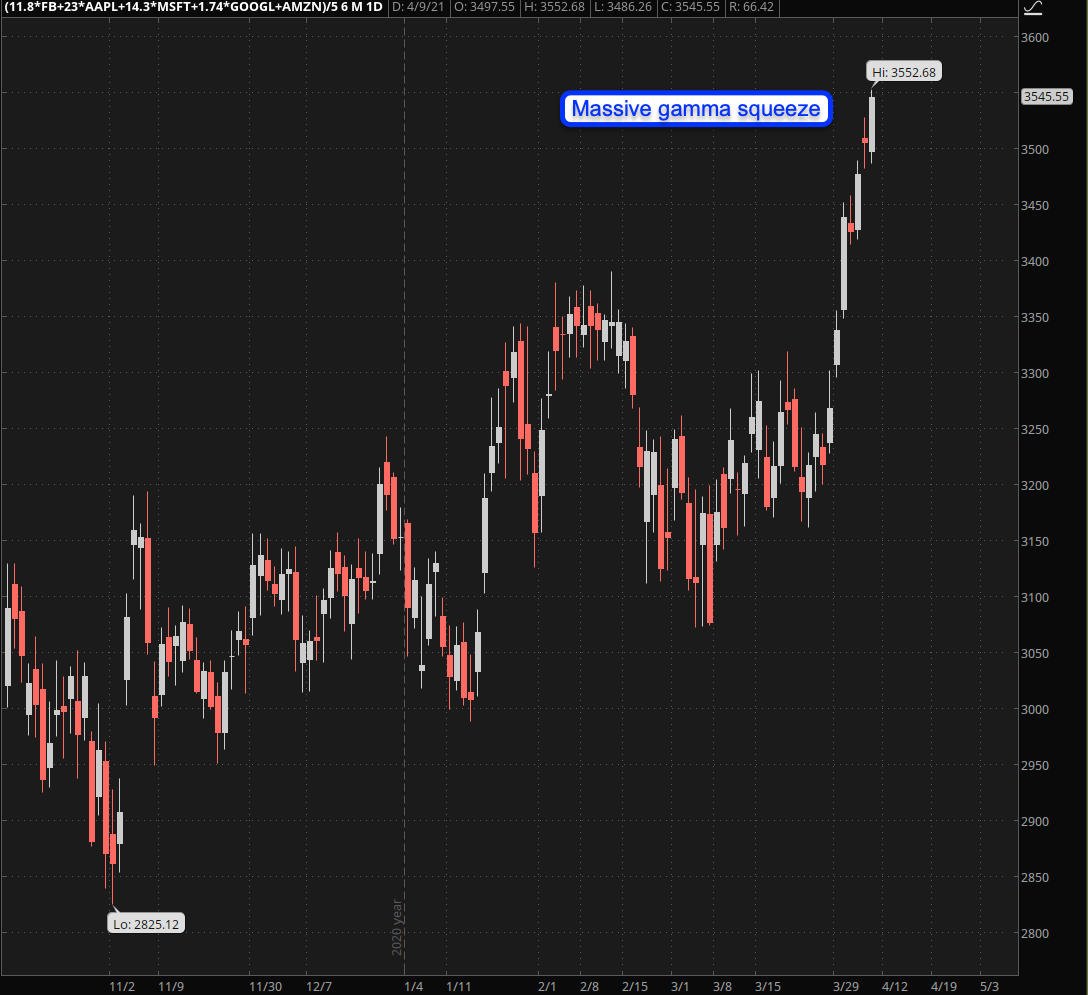 The ensuing gamma squeeze, across big tech in particular has been nothing short of biblical. And we may not be done just yet as a gamma squeeze begets an even bigger one until – finally at some point – the market runs out of buyers or shorts to squeeze. 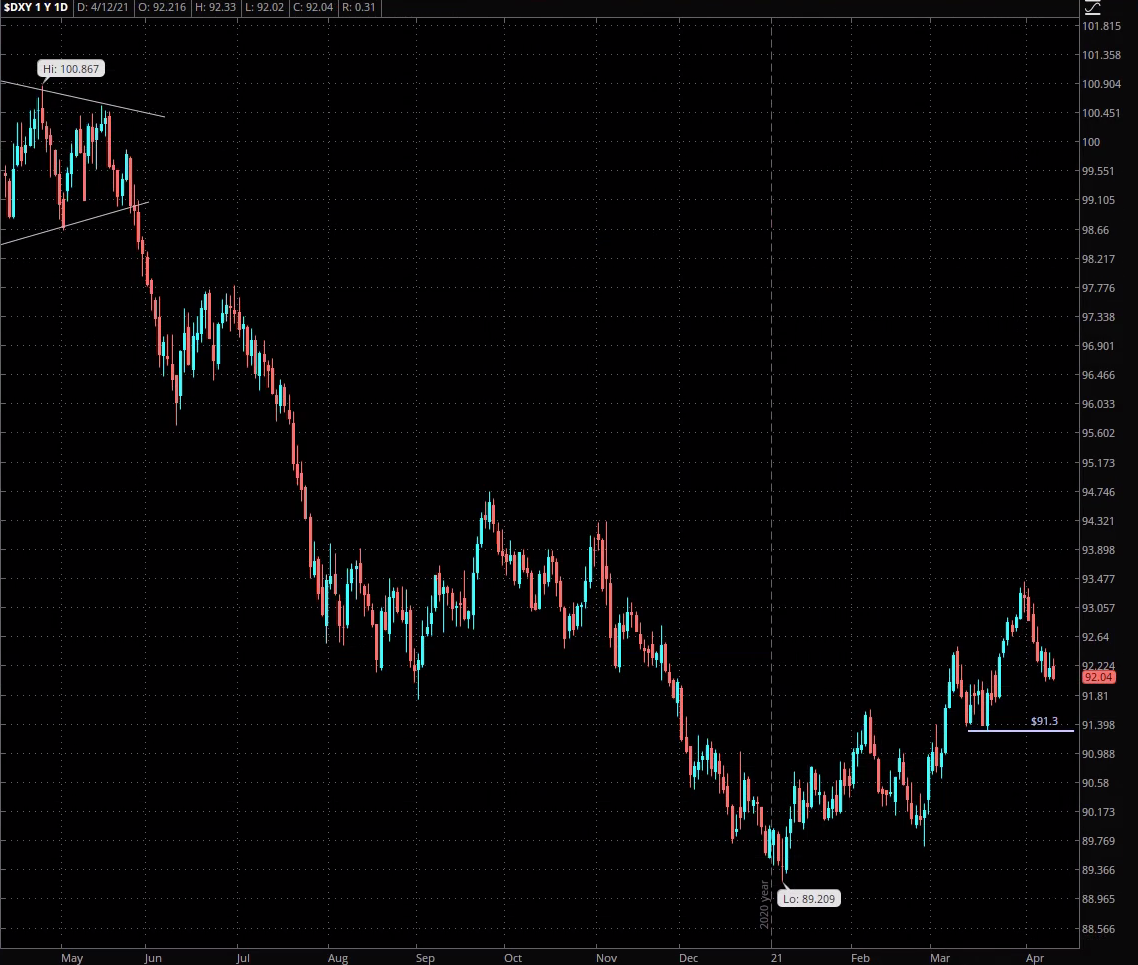 When will this party end? Well there are two charts that truly matter. One is the USD which is still figuring out whether or not it’s got sufficient mojo for a much awaited short squeeze. We are looking at a pretty convincing floor pattern here but you could have said the same back in late September of 2020.

The other is one I have been pointing at repeatedly over the past few weeks and it’s become even more acute today: