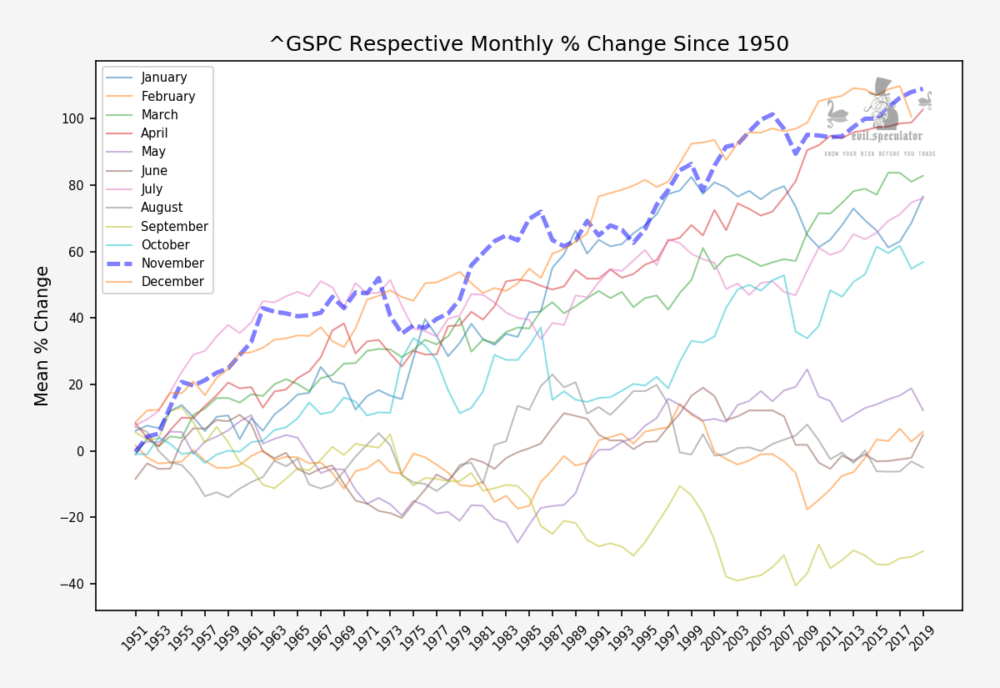 November is upon us and I’ve got more monthly stats than you can shake a stick at. In a nutshell it’s a good month for the bulls unless they drop the ball which seems to happen once or twice per decade. So far we seem to be at cruising altitudes but the past two years have taught me to not get too comfortable and simply rely on historical statistics. Alas here they are: 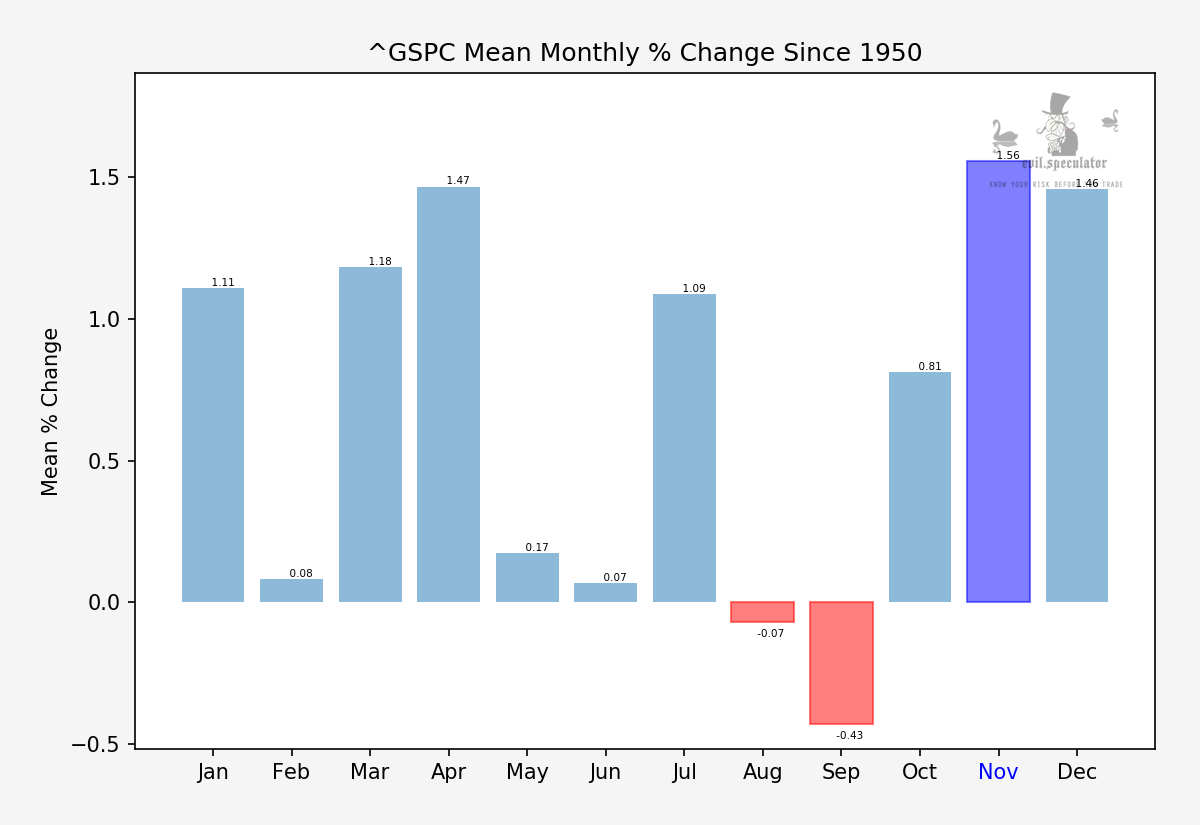 Let’s start with the simple stuff. In terms of percent change November reigns at a lofty 1.56% on average. 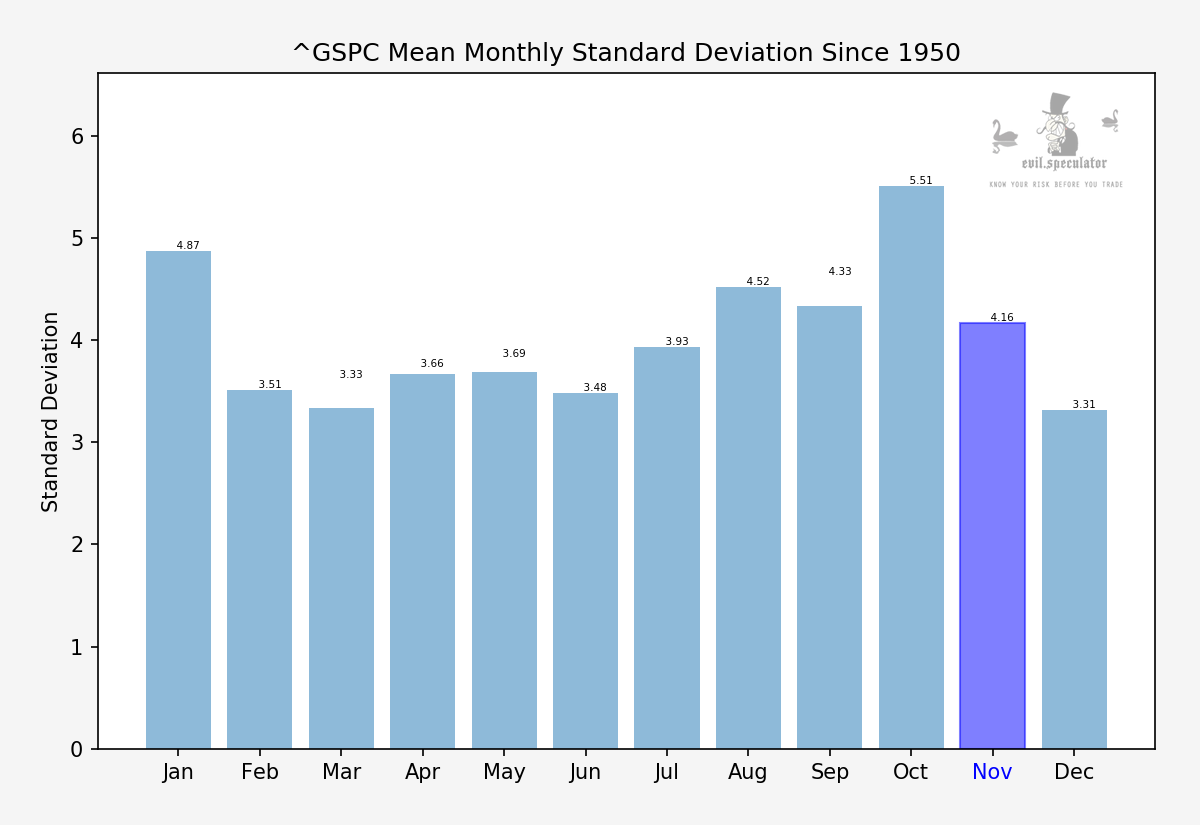 Meanwhile standard deviation is slightly elevated  but not as crazy as January or October. So far so good. 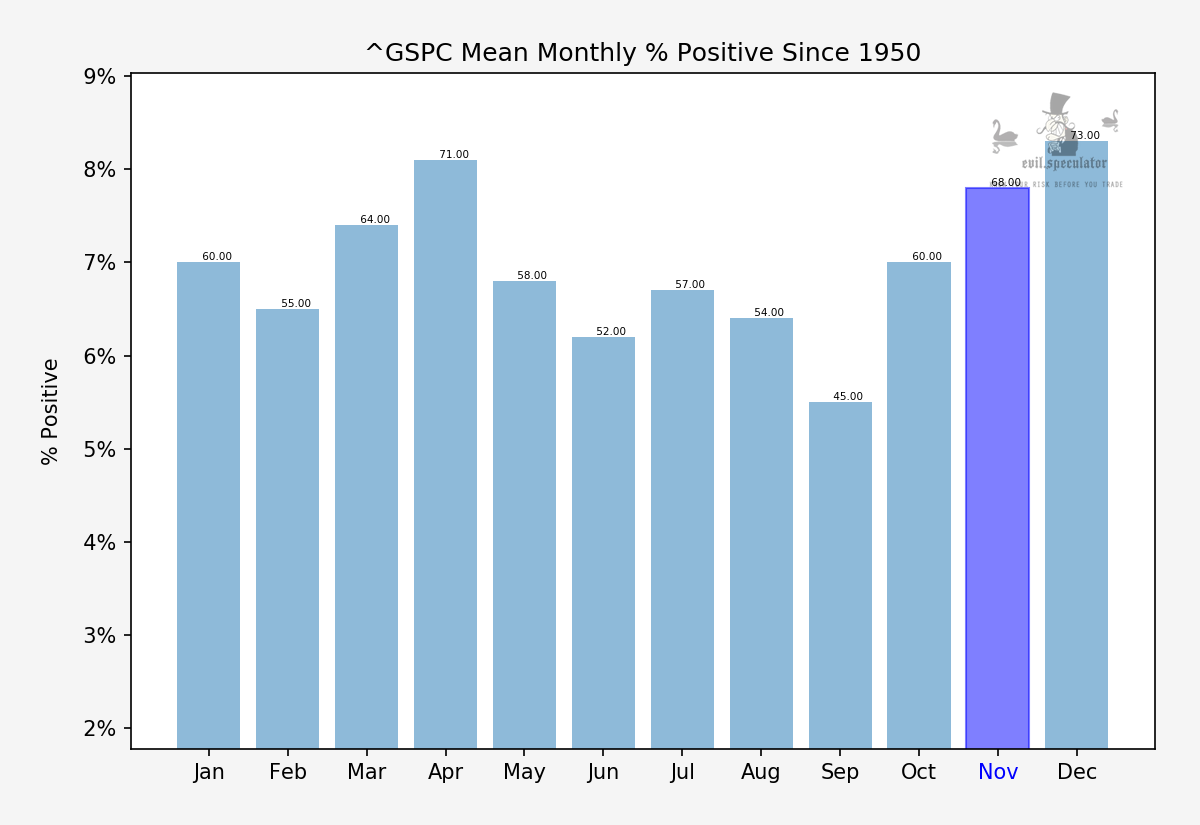 Mean monthly % positive stands at 68 – which are odds I’d take any day/week/month. 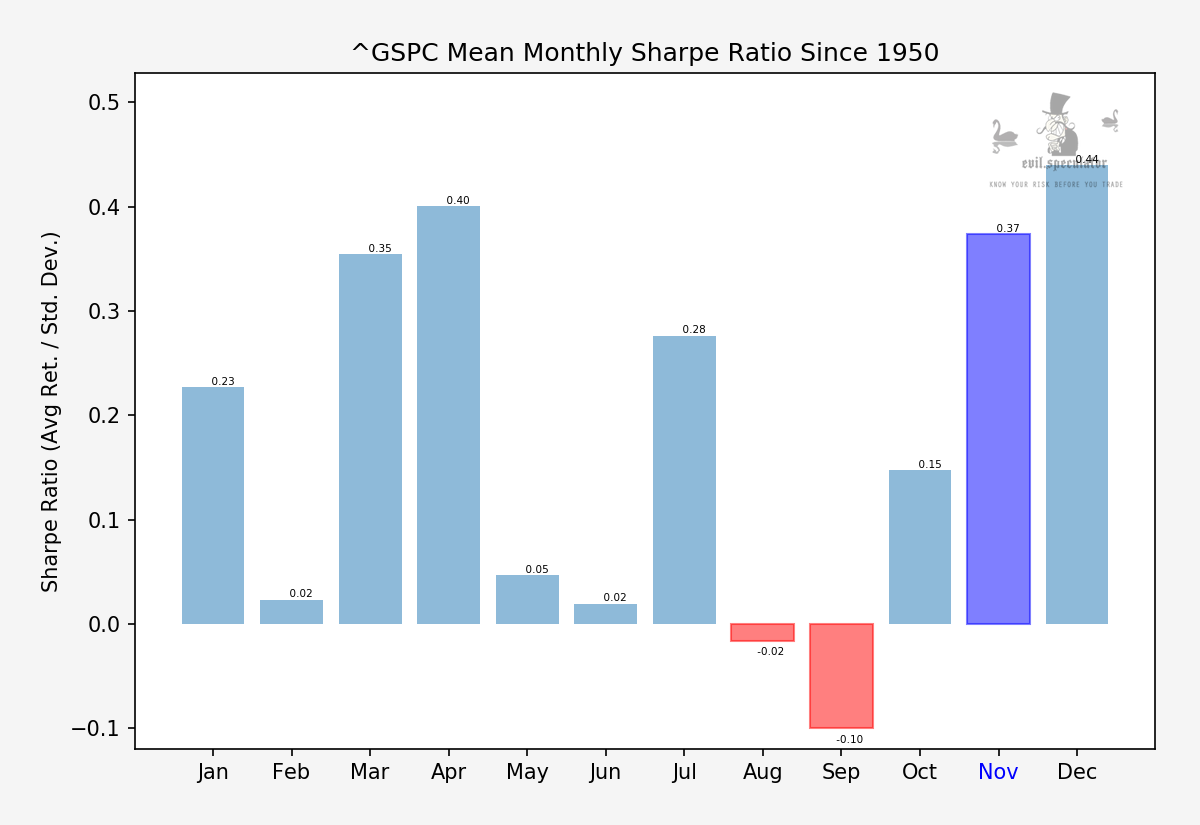 Not surprisingly Sharpe Ratio reigns in at an average of 0.37, which is respectable. 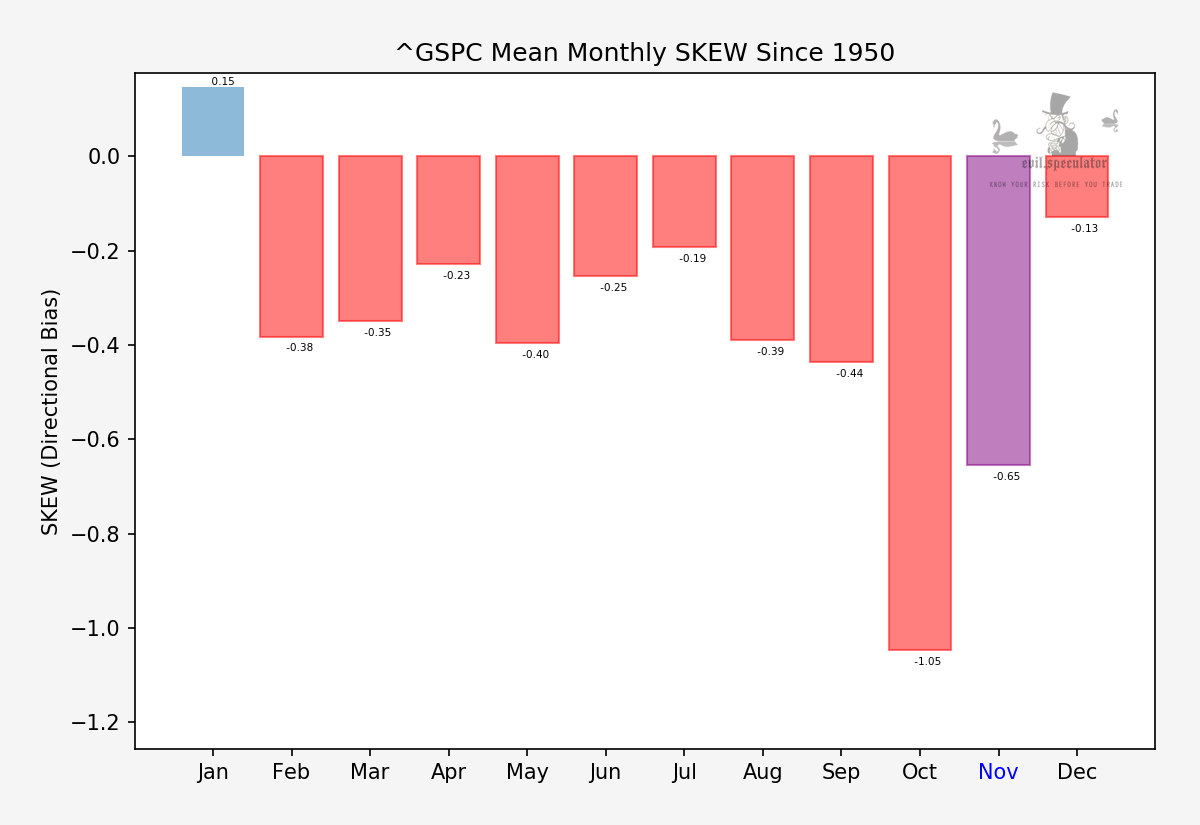 SKEW nicely in the negative which means that the mean is left of the median, which causes the mode (the big hump in the distribution) to be shifted toward the right (the plus range). In essence we have a nice cluster of positive closes within the first standard deviation. 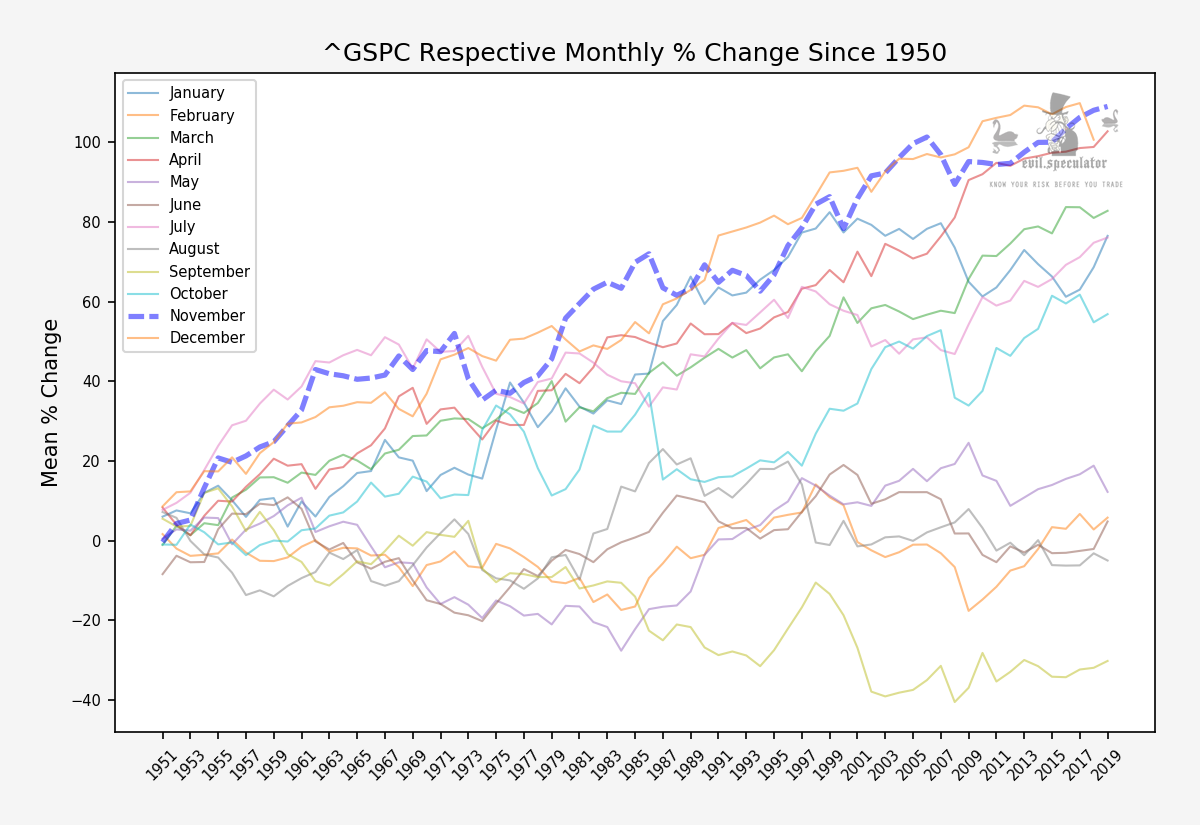 I liked this chart so much I made it the featured image of this post. November plotted against all other months – clearly some of the best time to be active as a trader, assuming you’re not a parma-bear 😉 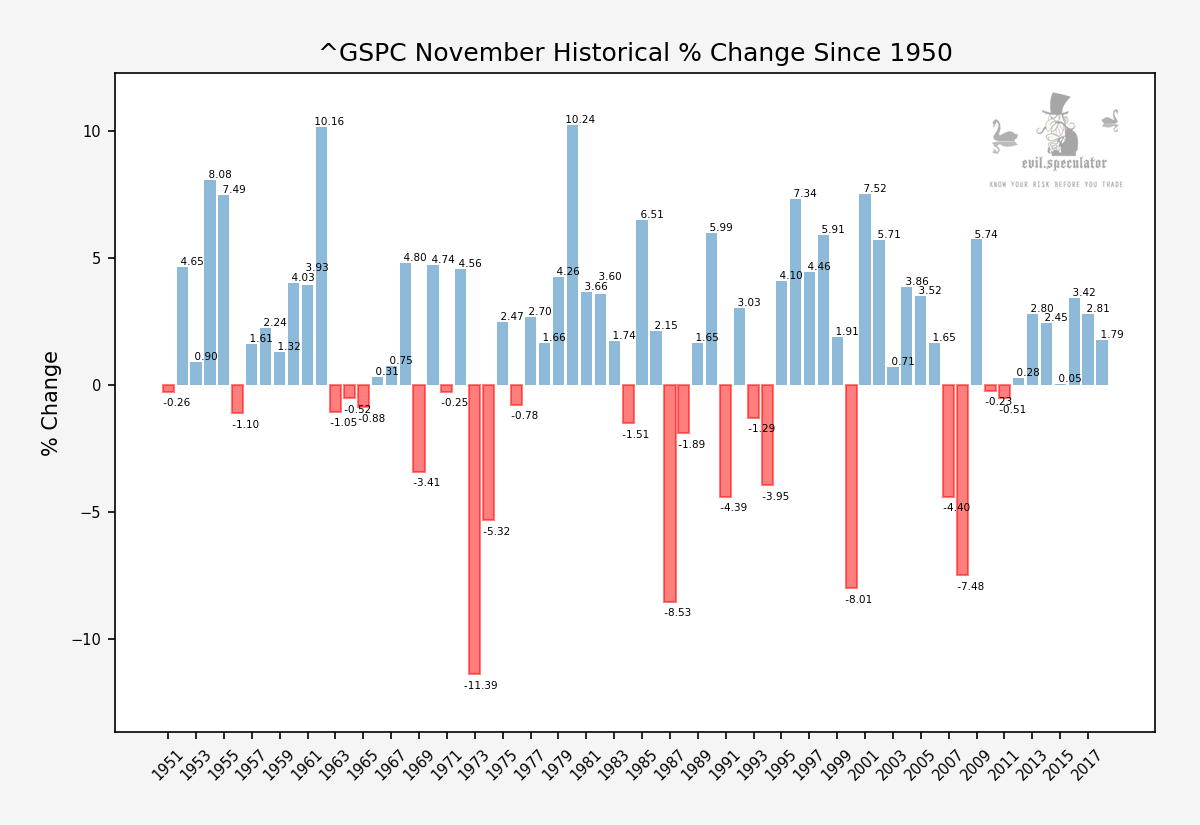 The one big caveat I’m seeing are a number of large outliers over the years which seem to happen every seven to ten years. We are sort of due for another wipe out so I’d be a bit cautious and perhaps place a few cheap OTM lottery puts just in case.

Also note that the winning months seem to have diminished since the 2008 financial crisis – clearly market dynamics have shifted.

Alright, now let’s look at the weekly stats for week #45: