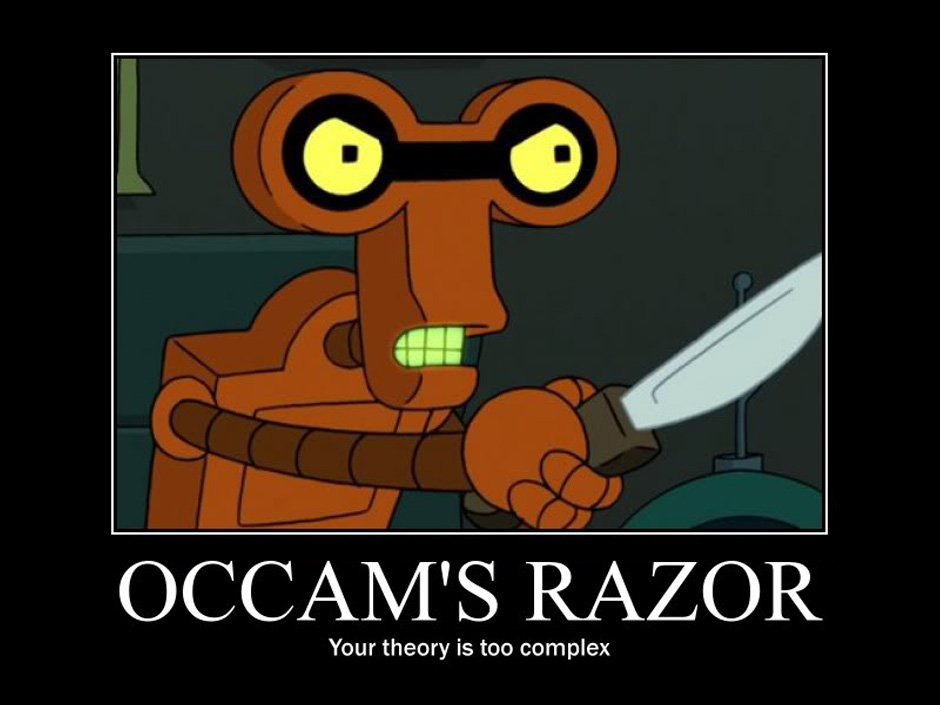 I take it you’re not the only one who’s somewhat baffled by what transpired over the past two trading sessions. We’ve gone from frolicking near all time highs to a double whammy wipe out in less than 48 hours. As I’m typing this the E-Mini futures are ticking 90 handles below where they started the week. So what exactly happened here?

If you peruse the financial media you’ll find plenty of expert opinion pieces chock full of lofty verbiage that attempt to shed light on the situation. However unable to mention the big elephant stomping through our collective insane asylum most argue in circles and end up contradicting each other.  So it looks like that once again it’s up to the Market Mole to dumb it all down for you.

Now let me start this with a little disclaimer just in case you thought that I had any insights into the inner workings of the Federal Reserve. I do not. To be honest I’m as clueless as the next guy. When it comes to Fed policy and how to trade around it I basically fly along by the seat of my pants. After all I’m no economist and neither do I play one on TV.

What I do know very well however is human nature and what drives it. I wasn’t born with a silver spoon in my mouth, quite to the contrary. And since I basically raised myself since the gentle age of 15 understanding the ins and outs of the human condition turned from a bare necessity into sort of a strange hobby of mine.

Now before you think that I am endowed with some secret super power that can only be acquired by exposing oneself to massive amounts of gamma radiation – nothing could be further from the truth. The thing about human nature is that it is blatantly obvious, assuming you bother to look. What keeps most of us from looking however are our own opinions, our hopes, dreams, or illusions.

Since I am only catering to the most discerning of market connoisseurs here at Evil Speculator I am sure you are all familiar with the principle of lex parsimoniae, otherwise known as Occam’s Razor (or Ockham’s razor). Suppose there exist two explanations for an occurrence. In this case the one that requires the least speculation is usually correct.

Another way of saying it is that the more assumptions you have to make, the more unlikely an explanation. Which in turn brings us to Wednesday afternoon when Jerome ‘Kryptonite’ Powell once again tripped up equity markets with nothing but a microphone and his professorial and somewhat hapless demeanor.

The assumption and explanations made about what transpired on Tuesday afternoon are plenty which however stands in stark contrast to the lack of understanding that accompanies them. Instead of regurgitating what has been circling in the financial mainstream media, let’s instead just cover a few basic facts:

The general argument that I see being made is that the Fed was worried about downside risk (whether it’s the financial markets or the economy is not clear) due to its economic measures. However that does not seem plausible as the Fed has clearly been raising rates since late 2015 when the economy was still treating water.

Plus as mentioned above, the rate cut was immediately followed by announcement of a more hawkish course in the future, which in the end triggered what the Fed allegedly was worried about: downside risk which could over time affect consumer spending. Mission most definitely not accomplished.

Let’s recall that the yield curve inversion started in May and no action was taken then. It’s August now and perhaps partially due to Powell’s masterful handling of the situation on Wednesday yields are still inverted today.

I could go on here about how lowering interest rates during an expanding economy just to raise them again in the near future doesn’t make any sense and are likely feed into calls to audit the Federal Reserve.

Instead I pose that the Fed simply found itself between a rock and a hard place. The yield inversion is a concern plus President Trump continues to exert pressure on the Fed to lower interest rates. As I understand it President Trump does not have the legal power to fire a Fed chairman. As an independent agency, the bank does not answer to the White House, but to Congress.

However given H.R.24 picking up support in Congress it’s increasingly becoming fathomable that the Federal Reserve could face considerable oversight and over time painful restrictions, which as a private entity, it clearly wants to avoid. If there ever was a racket that’s tantamount to printing money, it’s Federal Reserve Banking.

What happened here is that the Fed, for the first time during its 100 year existence, is fearing for its very existence, or at least is considering the possibility of finding itself with curtailed powers. President Trump was pushing for a rate cut and he got one. At the same time, not wanting to be perceived as the White House’s poodle the Fed held on to its long term hawkish stand.

Which I actually appreciate and welcome greatly. As much as I joke about Jerome Powell and his unique ability to roil the markets – I support his stance and especially his apparent belief in a strong Dollar policy. Yield inversion or not – until economic statistics show a risk of recession interest rates should have at least remained at current levels.

By attempting to please all sides and partially through fear of future oversight in response of a recession or a tumble in equities the Fed confused the market and now everyone’s in a worse position than before.

TD;LR: Everyone got what they wanted but nobody is happy.

I am delighted to announce the official release of my Price Action Masterclass which represents a cumulative six months effort to produce a comprehensive tutorial on reading and understanding price action without the use of superfluous indicators.

This extensive series covers everything I have learned in nearly 20 years of interpreting price action for my own discretionary setups. You know, the same ones I have been posting on this very blog almost every single day since late 2008.

Please go and watch the first episode of my Price Action Masterclass which is accessible for FREE as a little appetizer. I am pretty confident it will entice you to go and buy the whole series which I am making available to my core audience here at Evil Speculator at an insane introductory never-to-be-seen-again low price of only $97.

Once Tony and I launch Red Pill Quants it will only be available at the regular retail price of $297. Meaning you are getting it for less than 1/3rd of the official price!

So don’t waste any time and buy the entire series right now while it is available at a highly discounted price.