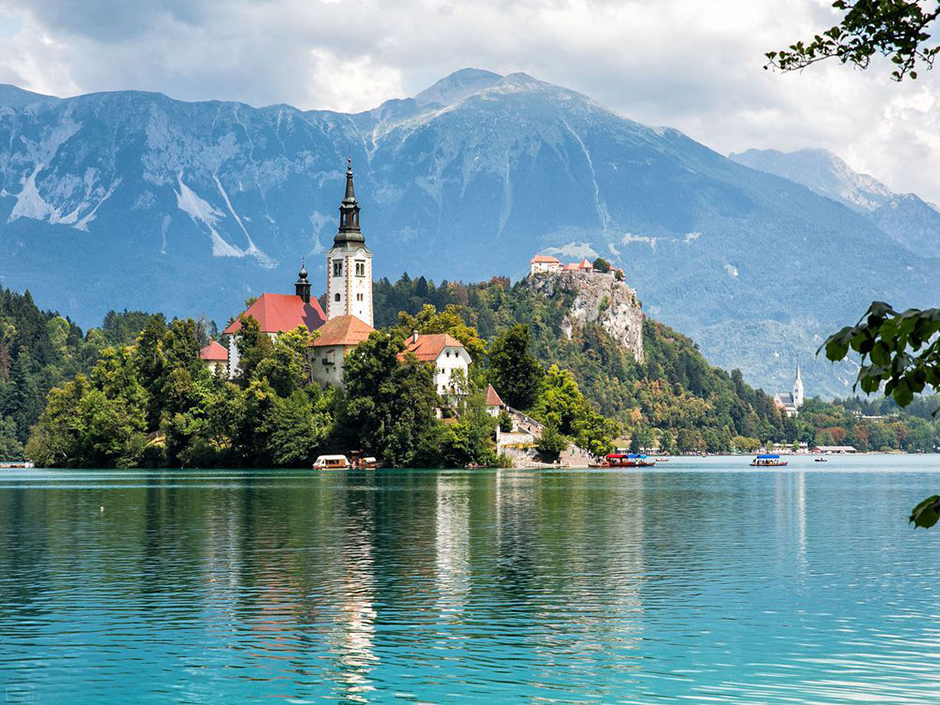 This is going to be a quick post as we’re still in the mist of packing and are scheduled to hitch a plane for Trieste, Italy in a few hours. From there we’ll be renting a car and then head into beautiful Slovenia for a weekend stint at Lake Bled (shown above). Honestly I wish the weather would be as nice as in the picture but just like earlier this year in France we’re out of luck in the weather department as the forecast shows almost continuous rain for the next week.

A bout of rain isn’t too unusual for that region in May but by all definitions it has been a long winter over here in Europe as a true stretch of spring keeps evading us. In Southern Austria – where we’ll be heading next Monday – authorities just re-opened the ski-lifts at a local resort. Not a common occurrence just two weeks before June, that’s for sure.

Now we’re not made of sugar but I’m more concerned about running into icy or snowy street conditions as it’s been a long time since I had to drive in weather like that. Having been raised in Austria I can handle the occasional rain storm but the weather in Europe has been completely erratic in the past few months and I’m not really looking forward to driving in such conditions. 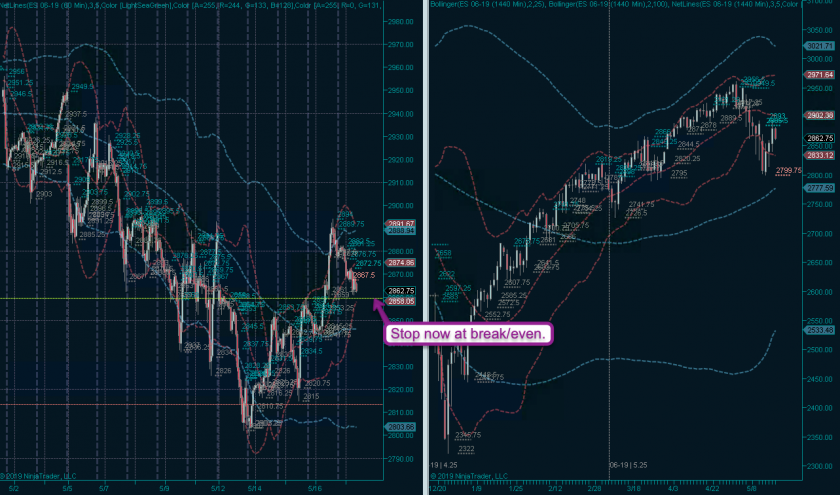 Speaking of volatile conditions – the E-Mini is still running in circles although there now appears to be a sincere attempt to break the previous series of lower highs and lower lows. But once again overnight price action has reversed almost all upside progress produced during yesterday’s session.

I’m still long here since my early morning entry yesterday – but only barely as my trailing stop at break/even isn’t too far from where price has descended to overnight. And quite honestly I am not really too worried about it as attempting to catch a campaign within this level of intra-day volatility doesn’t exactly have high odds of succeeding.

Plus obviously I’m going on a much needed vacation and promised my wife to not look at any charts during my absence. I’m not going to fight her on that one as I’ve really been feeling the pinch lately on the health front for a number of reasons I have already shared and don’t feel the need to regurgitate again.

Unbeknownst to me I actually timed my travel plans pretty well as Monday the 27th just so happens to be Memorial Day, which means that most of you will probably take Friday (the 24th) off. And that leaves only four trading days – Monday through Thursday.

As usual the Zero as well as all trading systems will continue to run as normal. My VPS hosting firm has scheduled some kind of maintenance on Monday around 9:00am for only God knows what reason. I’ve bitched at them but they assure me that the system should run normally without interruption. Let’s hope they are right.

If there are any technical issues then please email me here and I’ll do my best to respond within a 24- hour period. But remember that my Internet access will most likely be slow and unreliable, so as always I appreciate your patience if things happen to hit a glitch.