Off To The Races!

So far it’s been a great day as we have lift-off on several of the setups I have been pimping here for the past week. Before we revisit those let’s take a quick look at where we are on the equities side: 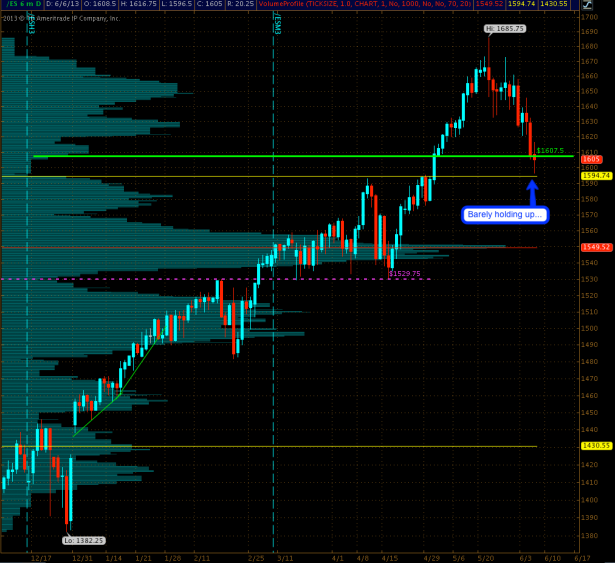 The S&P E-Mini is pushing its luck by dipping its toe into the large volume hole which terminates near 1594.75. As I’m typing this it has bounced back a little but and I’m seeing some tepid buying interest. Let’s see if they just tried to scare the children – if you put your stop where I told you then you should be in good shape right now as its currently plotting around 1608. 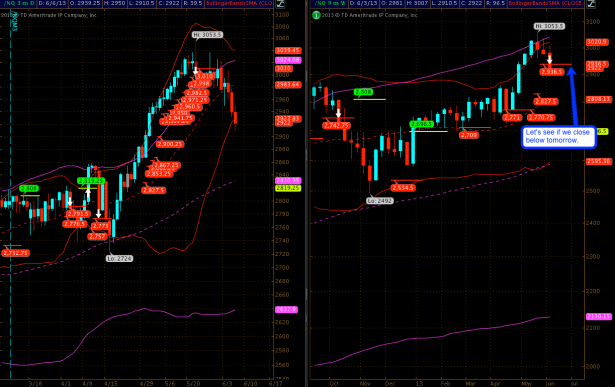 The NQ will have to push above 2936.5 in order to reverse that weekly NLSL it dropped through today. This candle concludes tomorrow, so let’s see what happens there tomorrow at this time. The implications of a weekly sell signal are obvious but the fat lady hasn’t sung yet.

Alright, let’s take it from the top. I have been pushing this setup all week and I hope you kept your eye on the EUR/USD today as it’s finally taken off. Great entry there at the 100-day SMA (and 100-week SMA) and although we may see a retest of the SMA we now have support below. As you can see the next and final hurdle will be 1.35 – if that one goes then I’ll probably have to either start charging you guys in Euros or raise my subscription fees over the summer. Better lock in those old rates now, folks! 😉 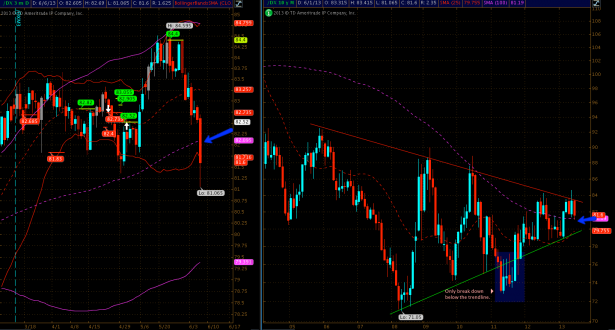 In that context – the Dollar is back at its 100-month SMA and it’s unclear if it’s holding there or if we see a drop back to that lower diagonal. The daily suggests the latter unless we see a pullback here quickly. Damn you Draghi!! 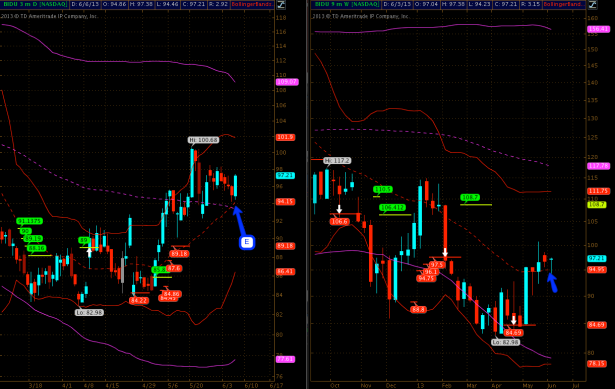 BIDU was another one on our plate this week and I suggested that the 25-day SMA would aid the 100-hour in driving it higher. So far so good – there’s nothing for you guys to do right now. That would be a nice hammer candle on the weekly if it holds. 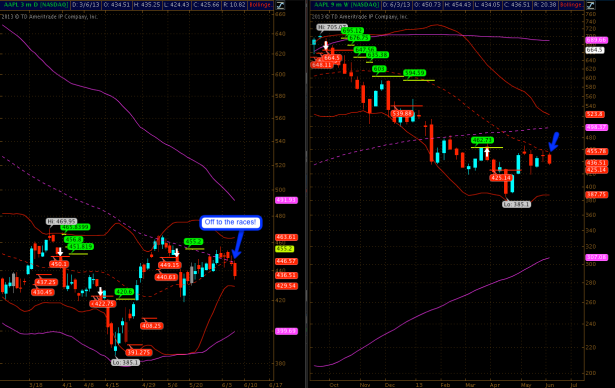 AAPL – it has let everyone guess for days now and today it decided to drop lower. I admit picking the direction here wasn’t easy but if you follow my work then you know that the breach of the 25-hour today was a give-away. If you missed it – don’t worry, chances are we’re going to see a retest of the new resistance above. 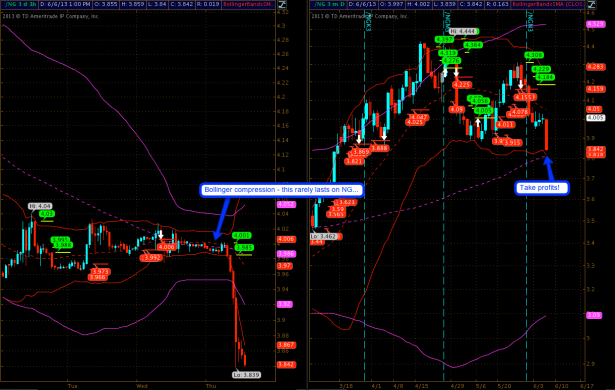 NG – another one on our plate and I did suggest that this Bollinger compression would not last long. Again, tough to pick the right  direction but it did remain below the 25-day SMA for the past two sessions and then fell off the plate. If you got in – take profits! 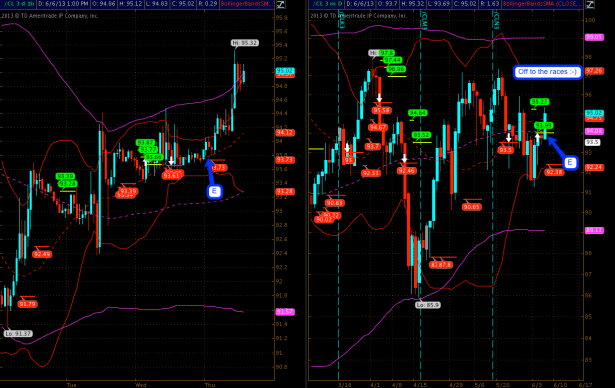 Crude – it’s been slow going here for a while but I served this one up several times. The 25-hour SMA was our guide in the past two sessions and it finally decided to push above that 100-day SMA and a daily NLBL. That means lift-off and as it seems to be converted into high octane rocket fuel. Let’s see if it holds – again a retest cannot be ruled out but we now have new support waiting below.

If you managed to just grab one or two of the setups provided this week then you should be in great shape. And that’s what we do here at Evil Speculator – every single trading day of the year. Objective market analysis sprinkled with good helping of technical setups – trading without emotions, rumors, headlines, or drama.