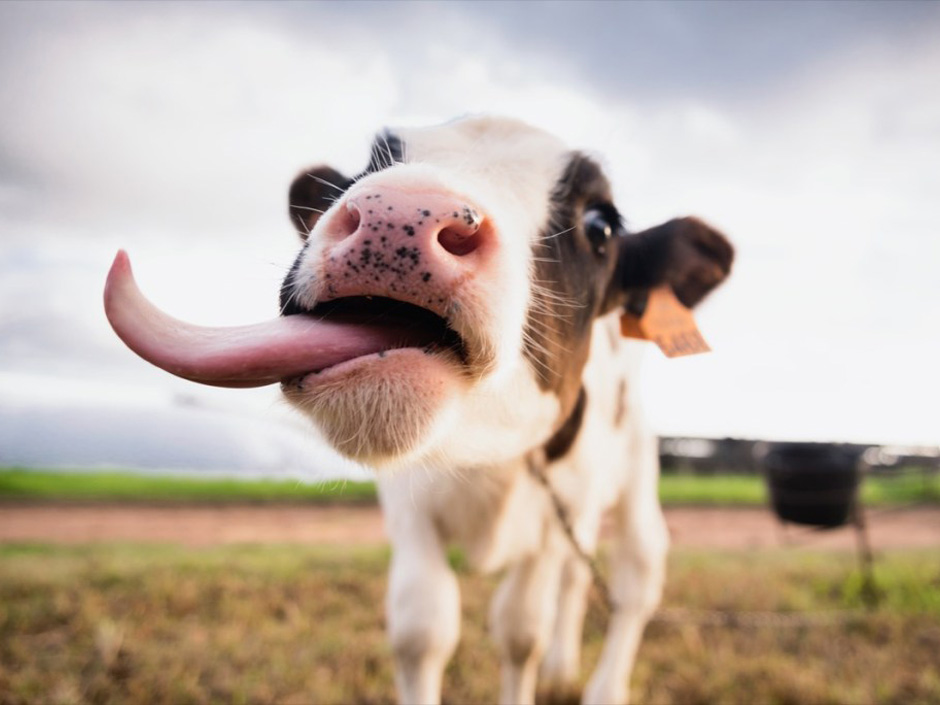 Having picked up on last week’s gains overnight the E-Mini is currently trading at ES 3034.5, which given a fair value of -1.57 is equivalent to the SPX trading at at around 3036, thus representing new all time highs. It’s a good start for what promises to be an explosive week: 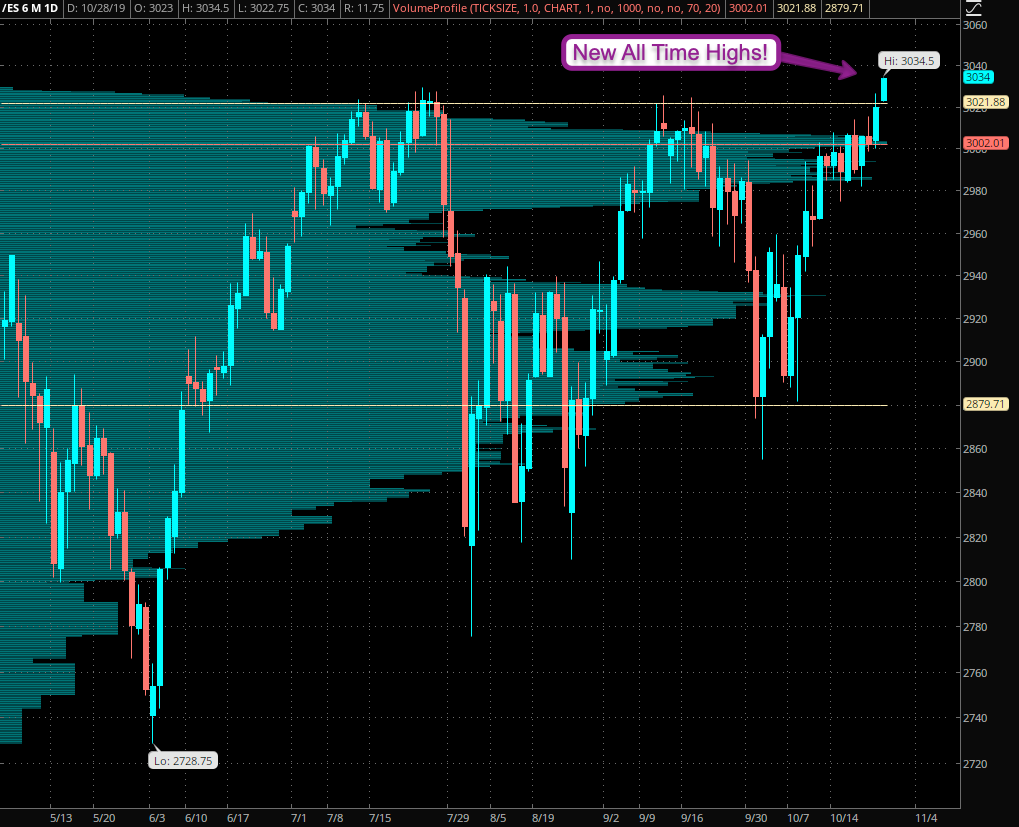 I think it’s fair to say we are looking at a break-out move here and although we may see a retest of the SPX 3k mark there is a good chance we are going to see some serious upside first. 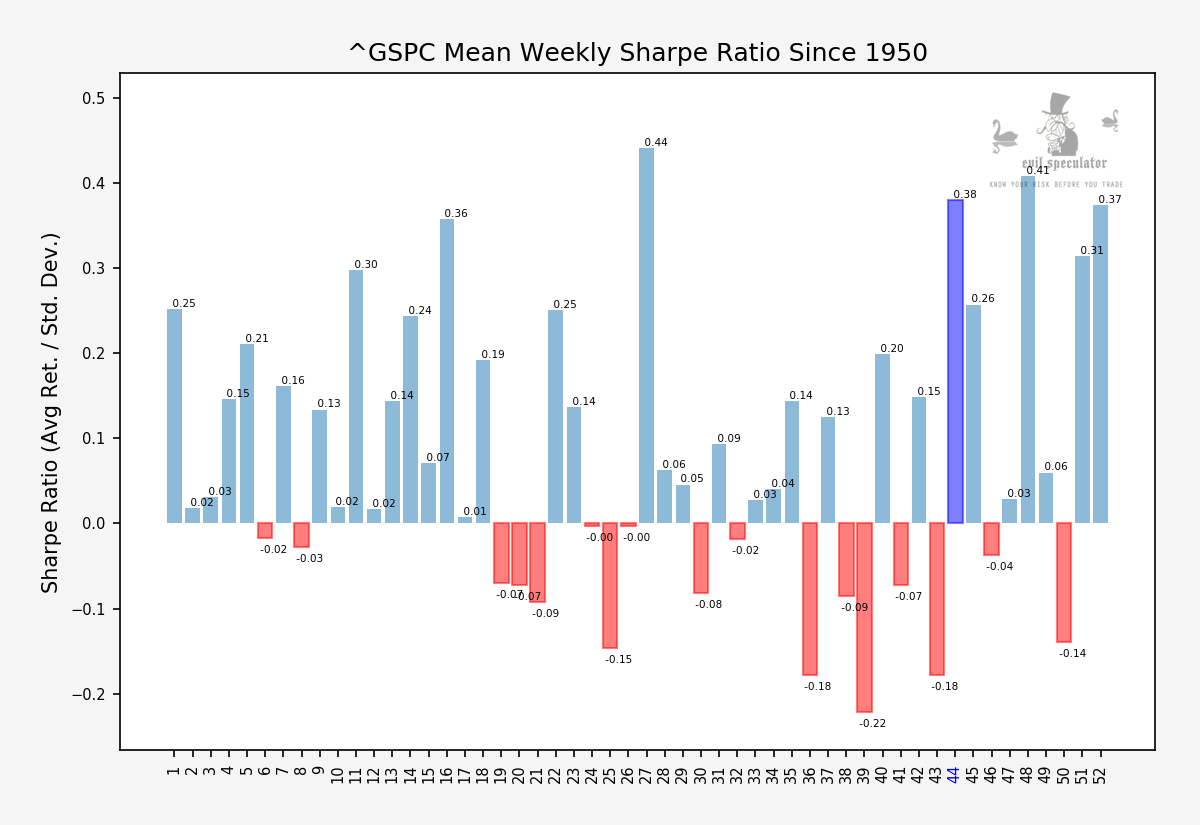 Which brings me to this week’s stats and they are interesting to say the least. First up let me point out that I managed to switch the stats from the SPY to the SPX (GSPC over at Yahoo), which basically triples our sample size and thus is more statistically valid (depending who you’d ask – some prefer to bias toward recent history).

The Sharpe ratio for week #44 is rather salient at 0.38% which makes it the third biggest earner of the year. Yeeehaaaa!!! 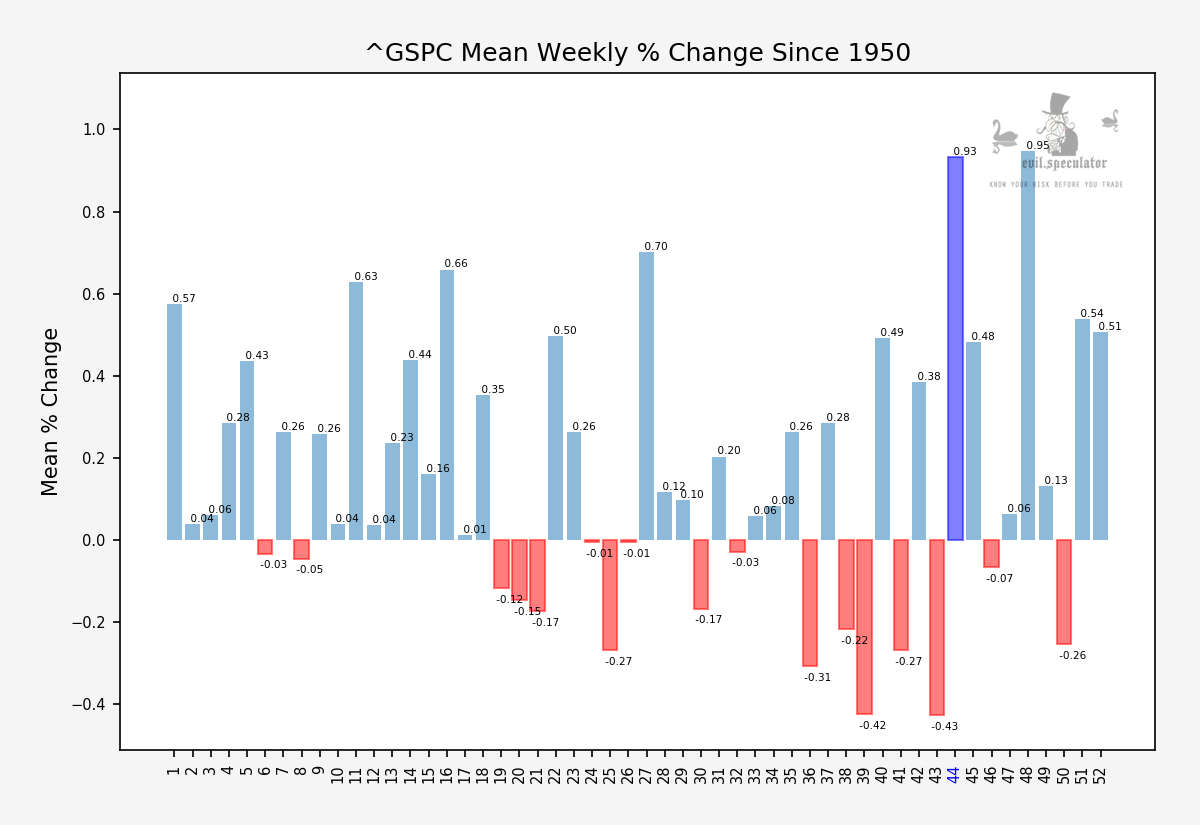 Weekly % change is actually the second biggest historically speaking so we should be prepared for to see movement, hopefully toward the upside. 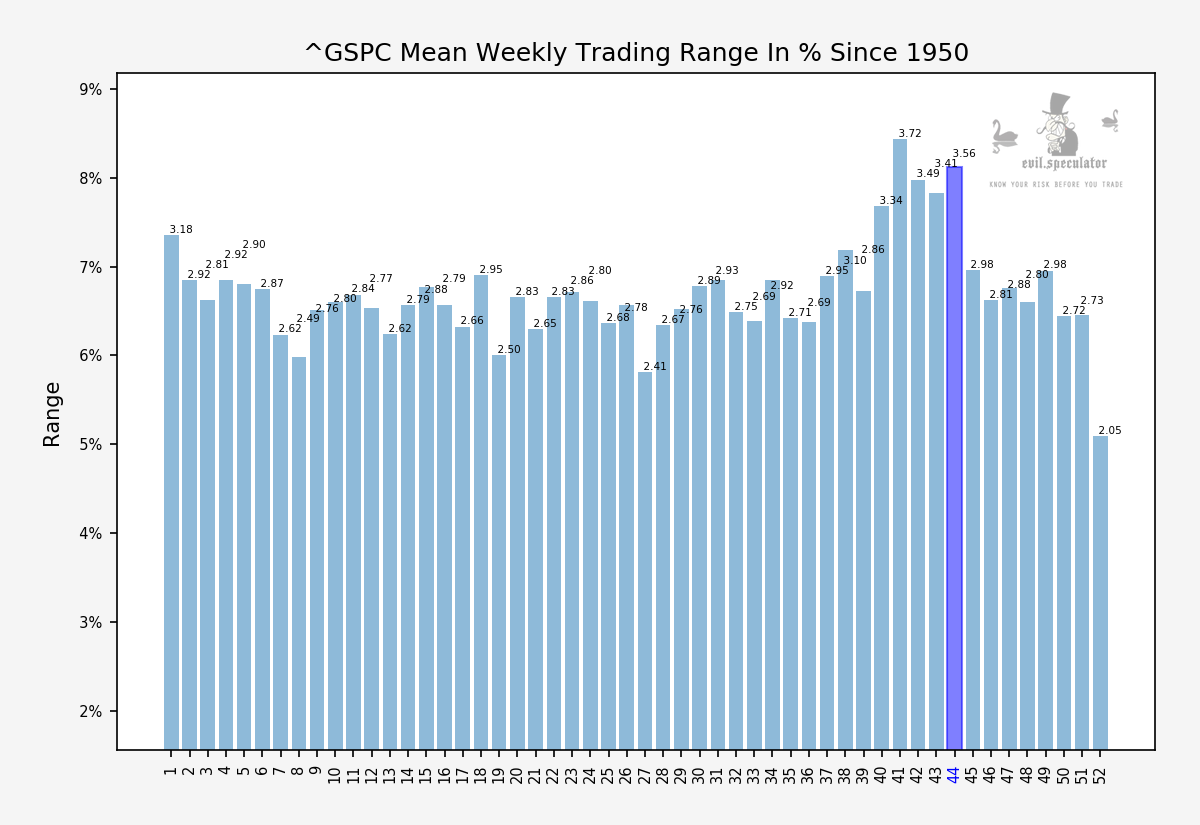 Trading range also the second largest of the week – no surprise there except that it’s starting to drop off rather steeply from here on out. It seems that week #44 marks the end of the big post summer volatility surge. 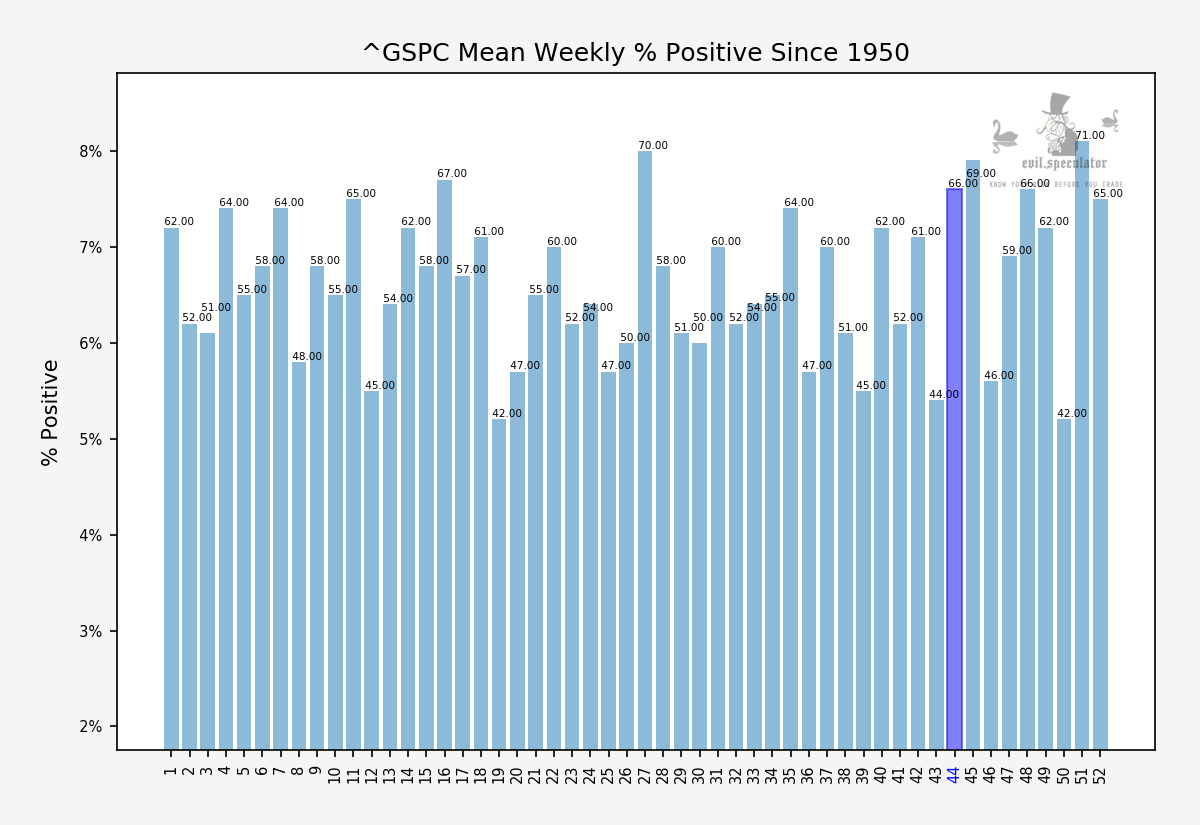 Percent positive claims 66% which happens to be my second most lucky number. So you may as well stop reading and just grab a bit of long exposure if you haven’t already, right?

Well, yes and no – once again there is a bit of a caveat: