I know many of you guys are a bit shell shocked as the Dollar can’t find a bottom and equities can’t find a top. But appearances can be deceiving, my dear stainless steel rats. In the end it’s all about momentum – and when it runs out opposing forces tend to take over quickly: 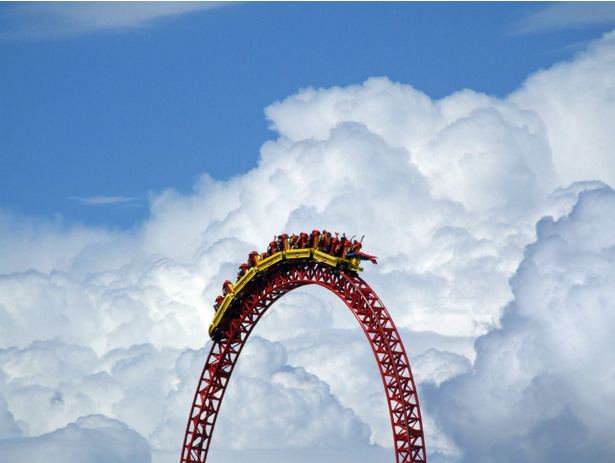 Let’s look at a few medium and long term charts: 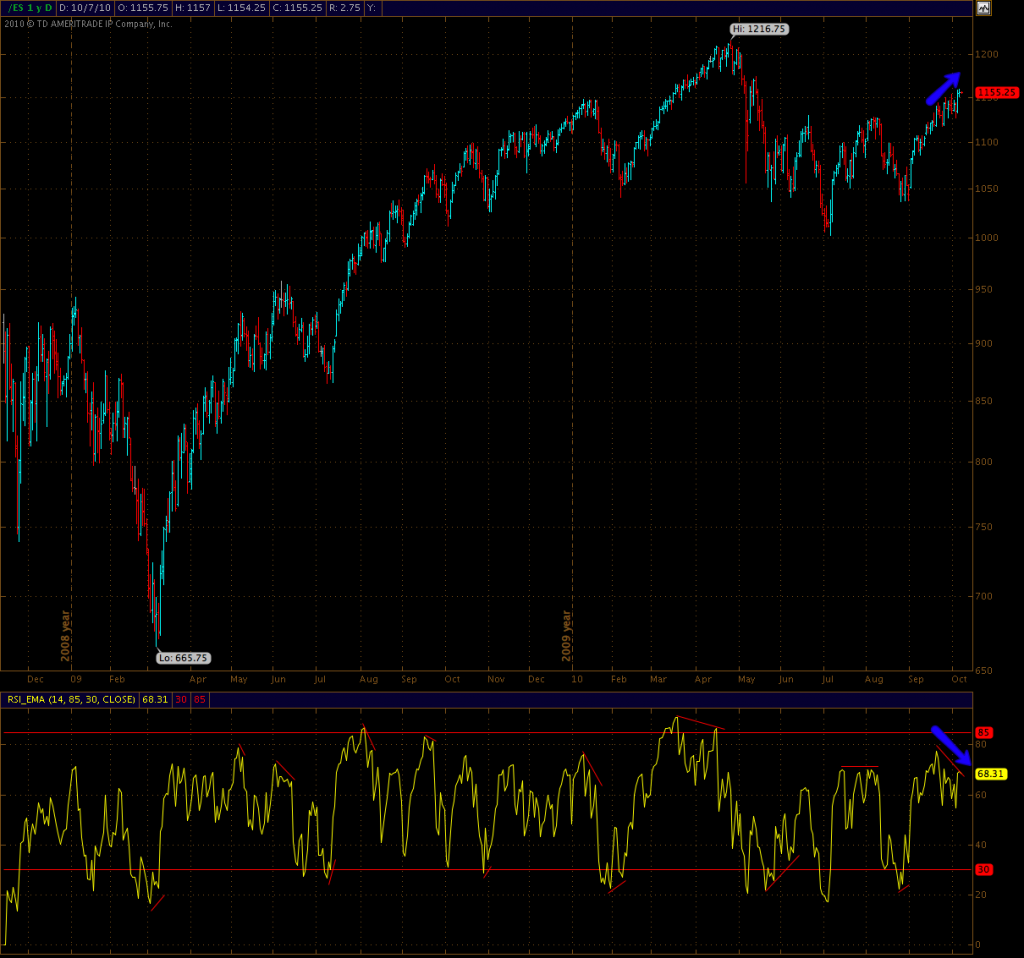 As we are racing higher my RSI_EMA chart is painting a beautiful divergence. 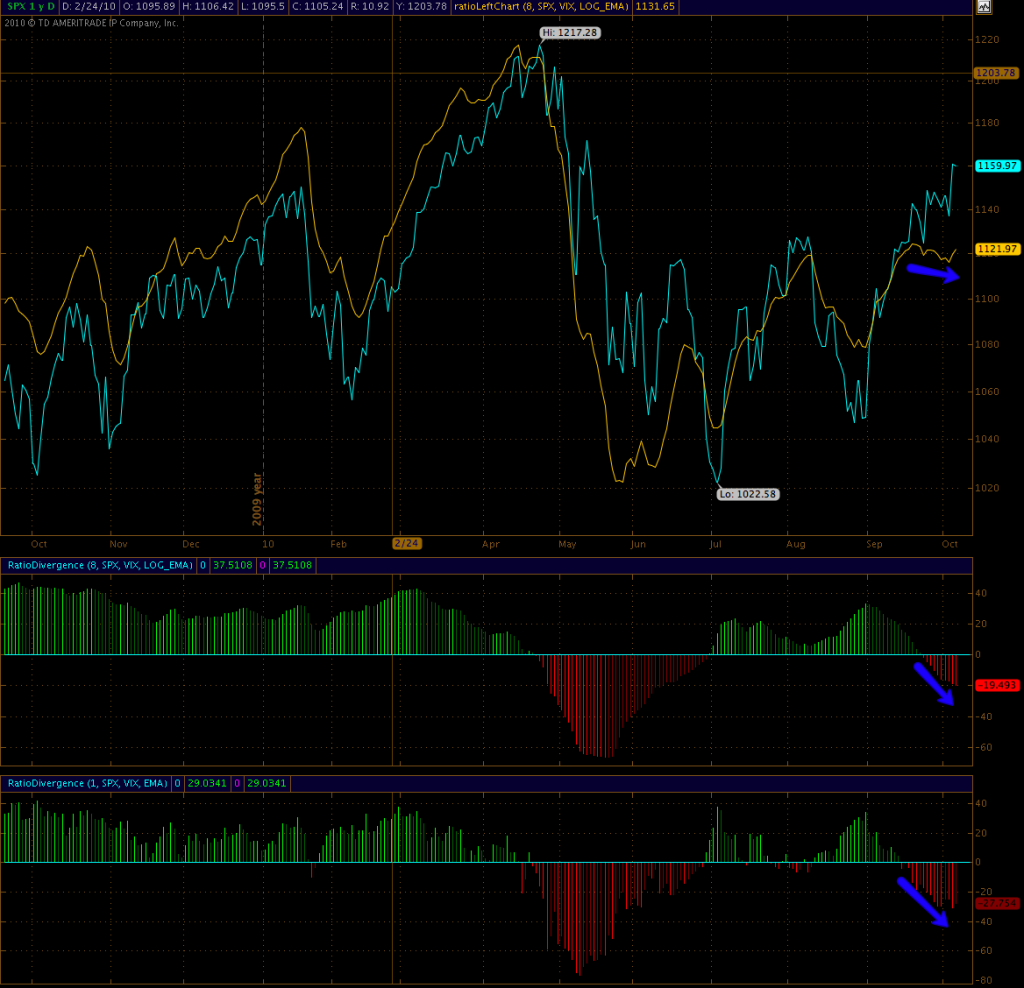 Same on my SPX minus SPX:VIX ratio delta chart. Pointing down – major divergence. Not sure how long they can keep it up but VIX is not following the SPX. 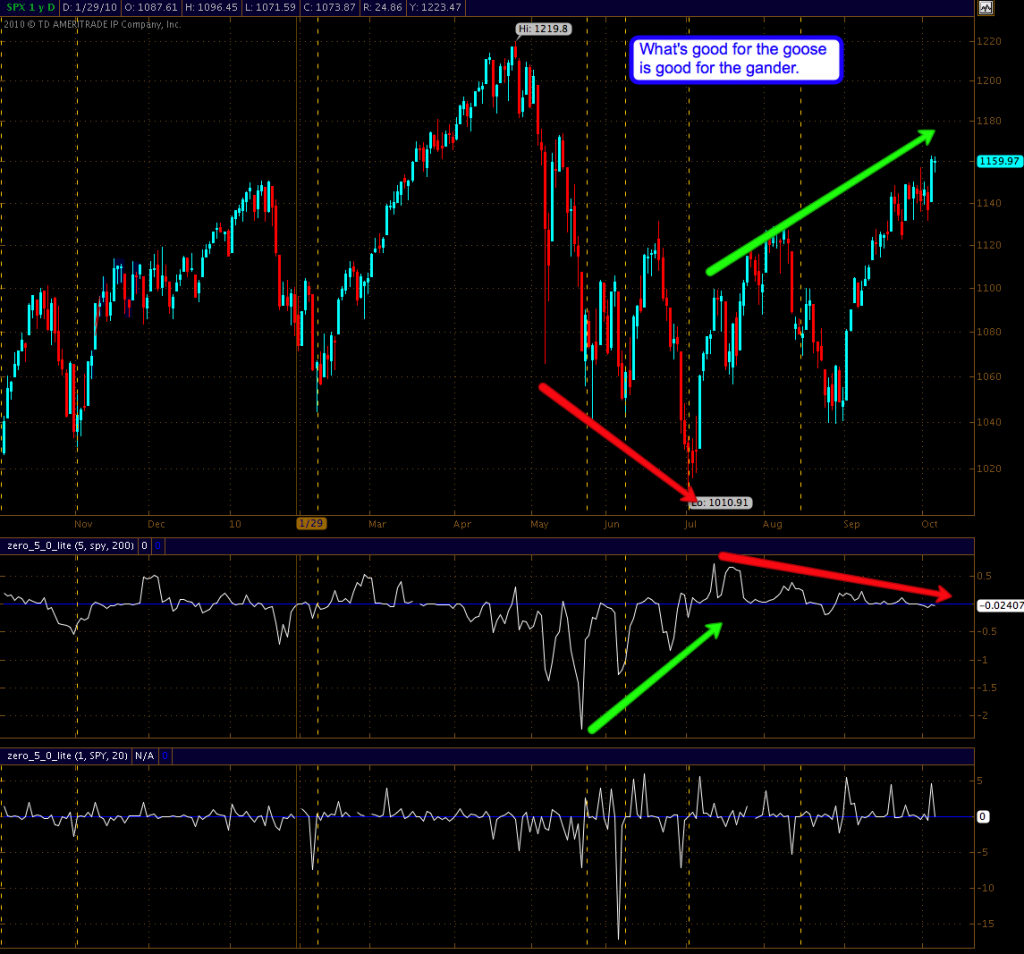 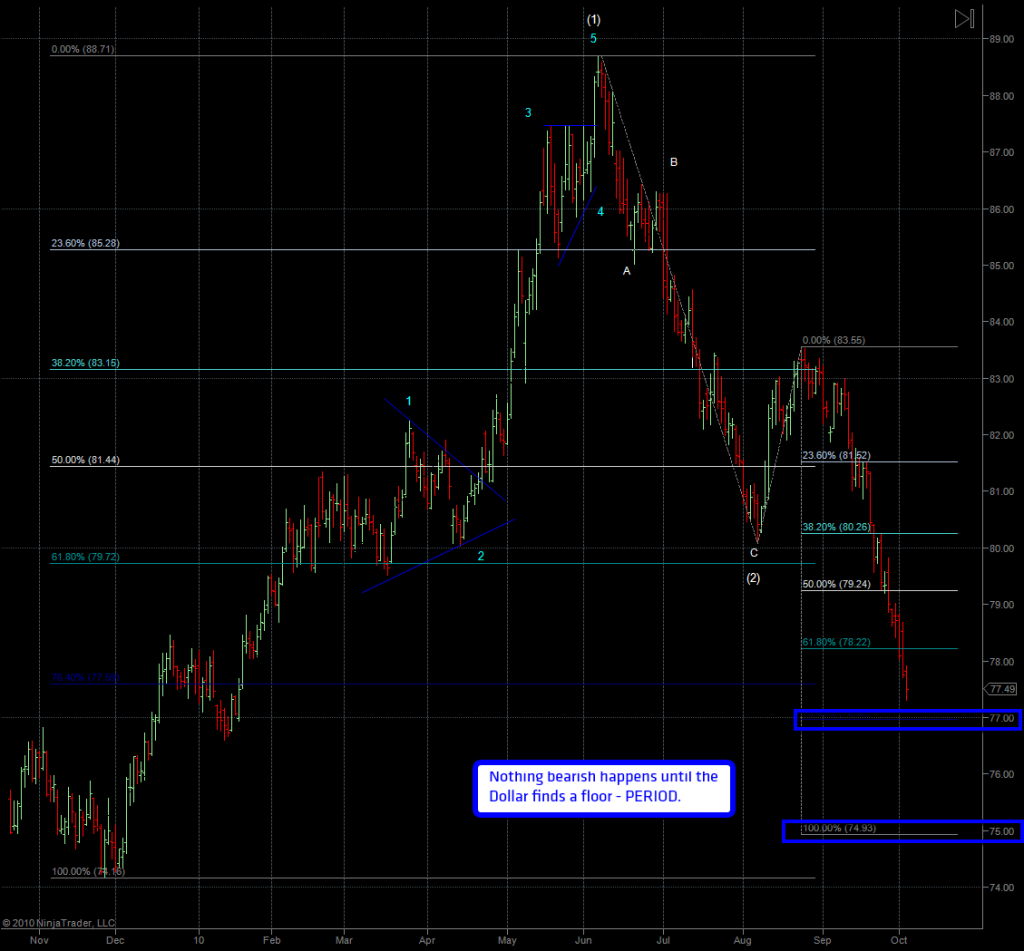 Say hello to Doctor Buzzkill – nothing bearish happens until ole’ bucky shows some balls (okay, that’s a physics joke). We are in a free fall situation and whoever called a top in the Euro last week is probably running low in Vaseline at this point. Forget about those Dollar sentiment measures being trotted out (5% bearish at last count) – last year we saw readings like that for several weeks until a floor was finally painted. Currencies do not behave like equities – so repeat after me: The trend is the trend until it’s over. Then again, the same could be said about equities right now – n’est-ce-pas?

Here’s all you need to know for the next two weeks. Imagine a rubber band – it’s getting stretched. Now, you don’t know how far this thing will stretch, especially since super natural forces are at work here. But what you do know is that once it snaps back it’ll be ugly for whoever is standing on the opposite end.

I’m not calling tops here. But I’m showing very unhealthy divergences. Under normal circumstances stretching a rubber band beyond its breaking point has some painful consequences. Let’s see if this time is the exception. With that said – I would not want to be caught long here – no matter how high they manage to drive it on zero momentum.

You have been warned.