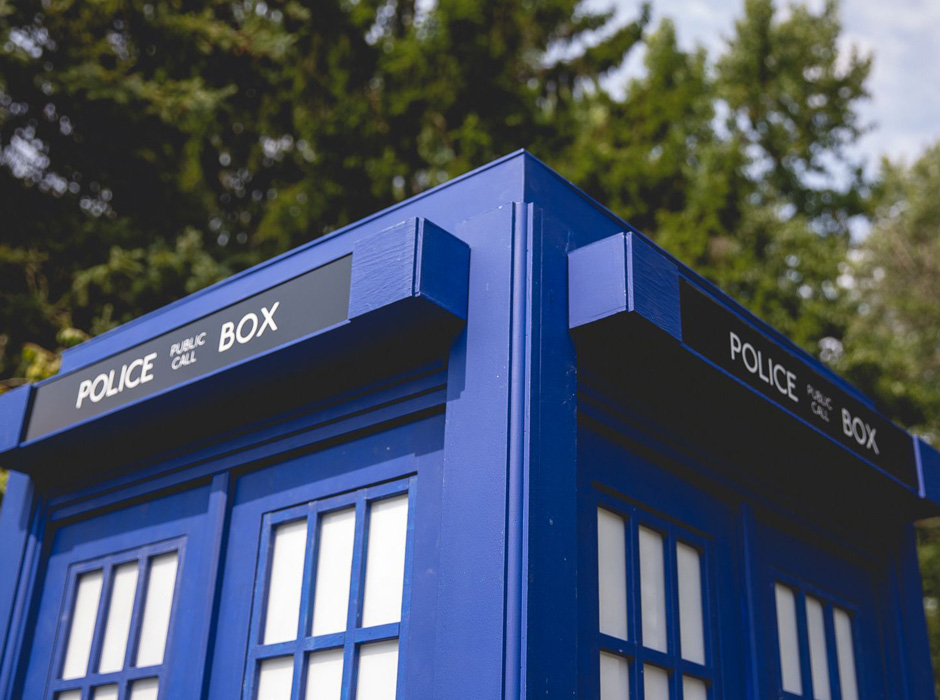 I had a bit of a late start this morning which then turned into a rather annoying day attempting to deal with what Spaniards believe should be called ‘customer service’. Which incidentally is an experience I am convinced not a single person on the Iberian peninsula has ever witnessed in their entire lives. After over five years of dealing with uncaring grumpy and outright rude service personnel to say that I miss good old fashioned American customer service would be a vast understatement.

It’s not that there is no competition here. The problem is that Spanish companies don’t seem to care about making their clients happy at all. Almost everything (electronics, vehicles, clothes, etc.) costs 30% more here (in Euros) and when you go to a department store the staff makes you feel as if they’re doing you a favor by putting up with you. It’s the absolute inverse of what I’m used to from the United States, and heck even back in Germany. And it’s not that the people in general are rude, most of them are pretty nice. But put a Spaniard behind a service desk and he or she will turn into the most uncaring person you’ve ever met:

If you ever had any illusions about socialism being a good idea then come to Spain and you’ll be cured within a matter of months. Anyway, so I’m in a bit in a grubby mood and having wasted quite a bit of time on fighting windmills I won’t have much to contribute today. But let’s at least catch up with our ongoing campaigns: 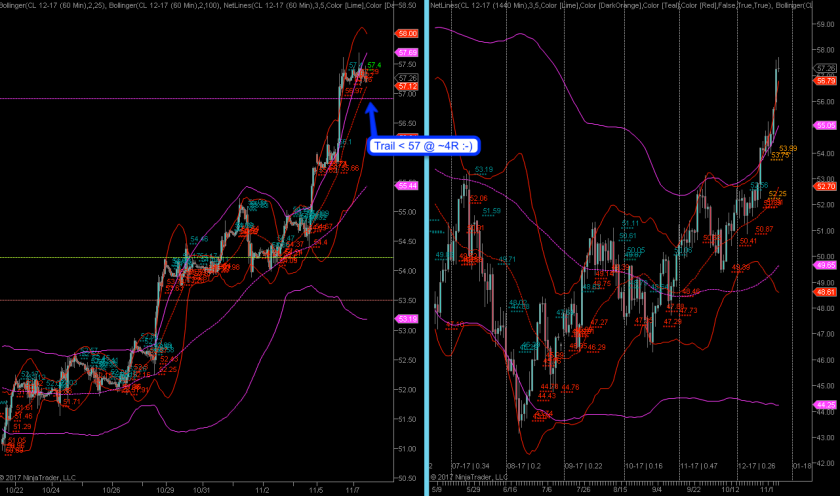 Crude is rocking and rolling and I just advanced my trail to the 4R mark. Most likely is going to get stopped out shortly but it’s wise to tighten things up a bit here. 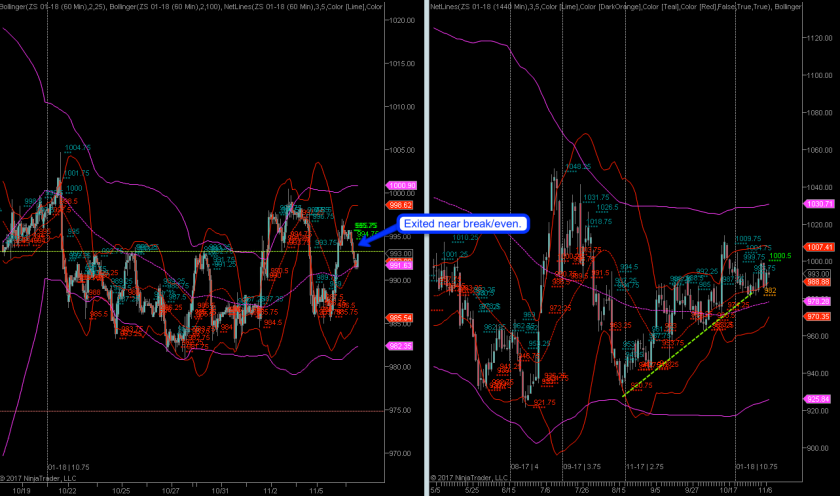 I pretty much ran out of patience with soybeans and decided to exit near the break/even mark. Nothing gained but nothing lost. 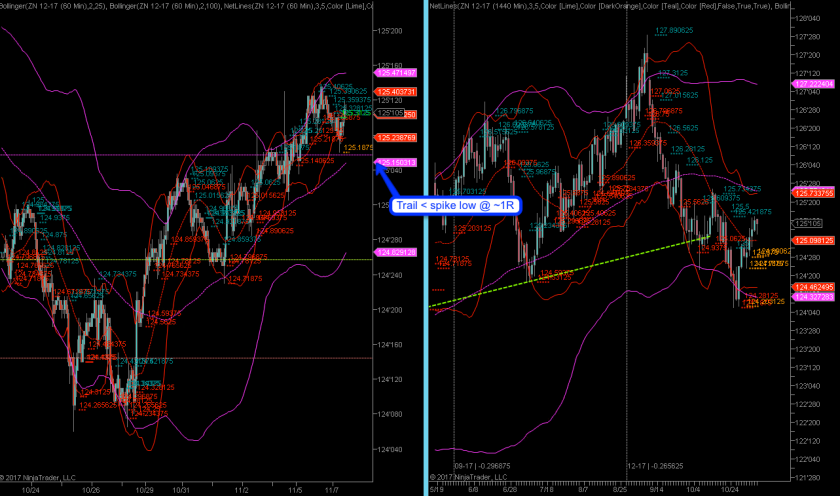 Bonds are looking up and my trail is not at the 1R mark. I would have expected a stronger advance but won’t complain. Stop now sits below the recent spike low. 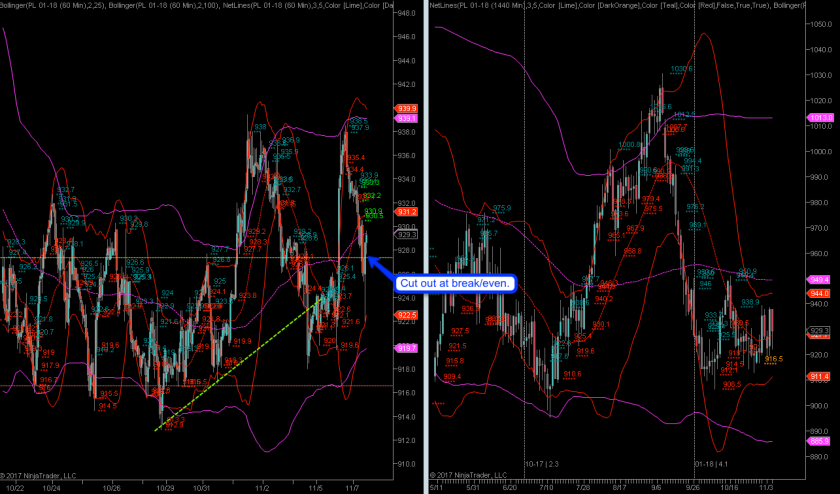 Platinum is also a goner after once again whipsawing and disqualifying my current view of a floor pattern being in development. I don’t mind a bit of volatility but this is getting a bit too random for comfort. Maybe that’s what the algos are intending, we’ll see… 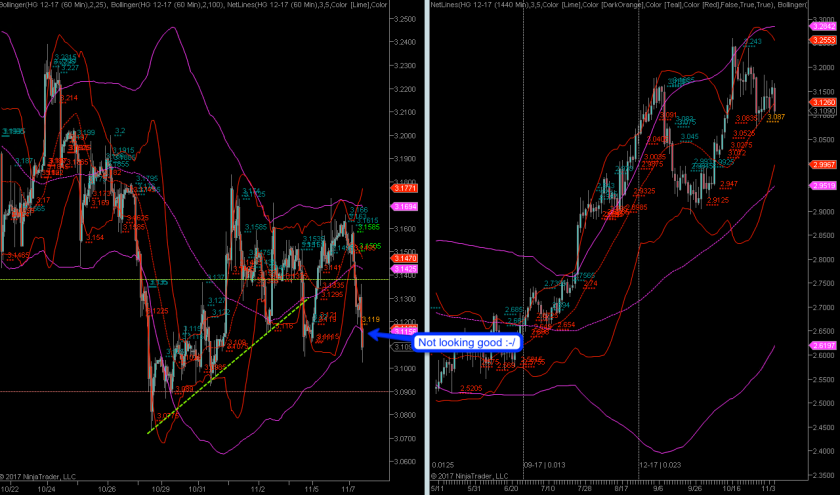 Copper is looking weak and I would probably pull it as well, however it’s already near the ISL and may take care of itself. It looked pretty positive at entry but it seems that we’re entering a bit of a whipsaw period across commodities. Time to sit tight and gather a bit more information. I think this one still has a 30% chance of succeeding but if it stops out then it’ll probably proceed a bit lower and retest the 100-day SMA.

Alright, I’m going to go and kick a tree somewhere now. Have fun and keep it frosty 😉