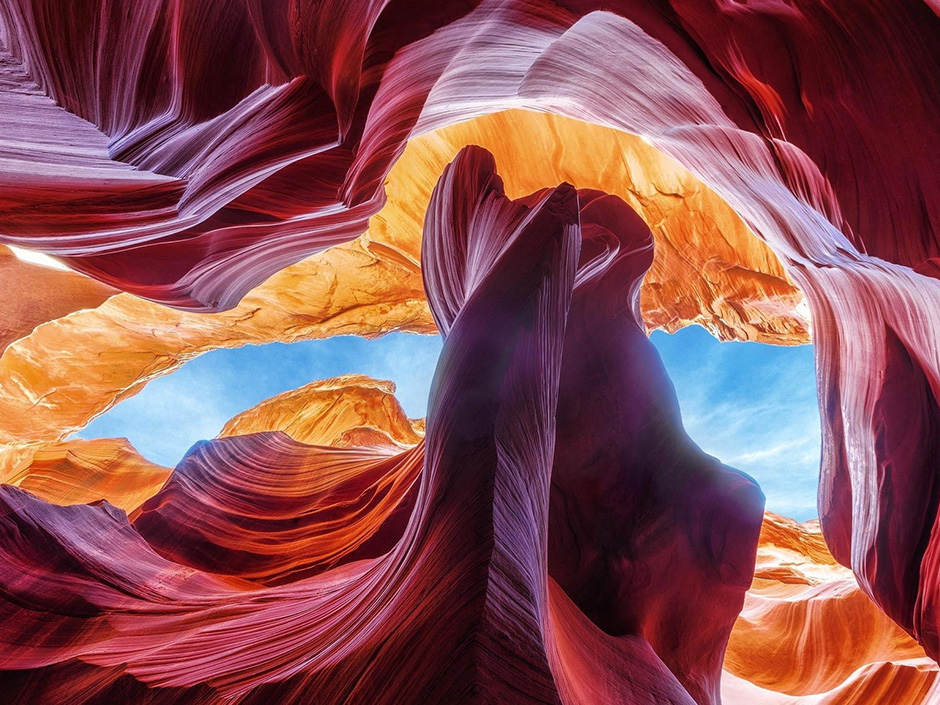 Barring a miracle at this point the bears are dead in the water. What sealed the deal for the bulls yesterday was an opening gap that not only remained unchallenged for the entire session but was also followed by a steady climb above VWAP all the way into the close. 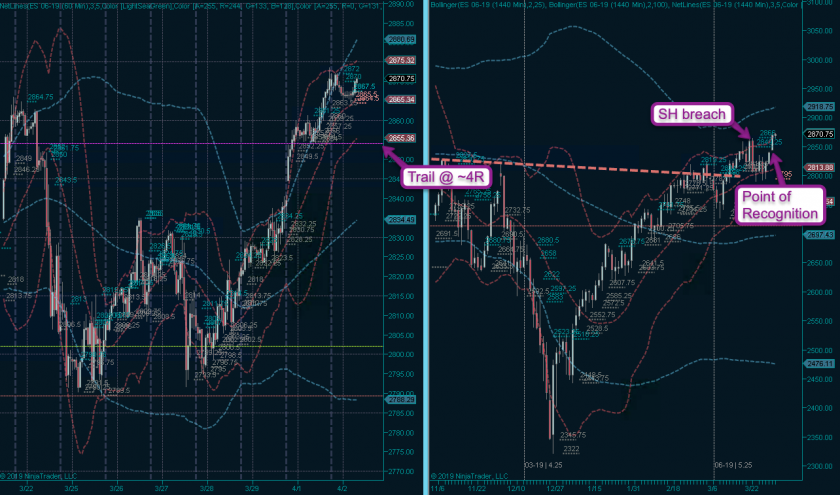 You know me to never disregard any scenario but the odds of a return of the bears are now dropping into single digit territory. Plus any attempts to shake out the Johnny-Come-Latelies will most likely be met by a strong counter response near the ES 2800 mark as two months of churn have produced a boat load of technical context in the range.

I am now raising my trailing stop to the 4R mark with about 5R MFE at this point, hopefully allowing me to ride this snarling short squeezing beast all the way into the sunset. 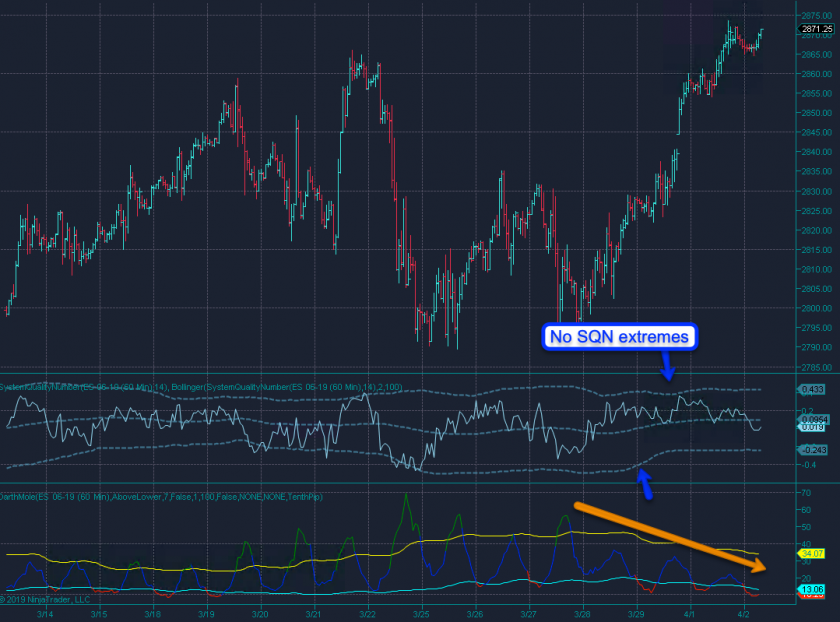 What I found most interesting over the past week was the ever diminishing signature on the realized volatility panel. As I mentioned in previous posts: short traders were basically being slowly cooked to death, one bearish clickbait filled session at a time. 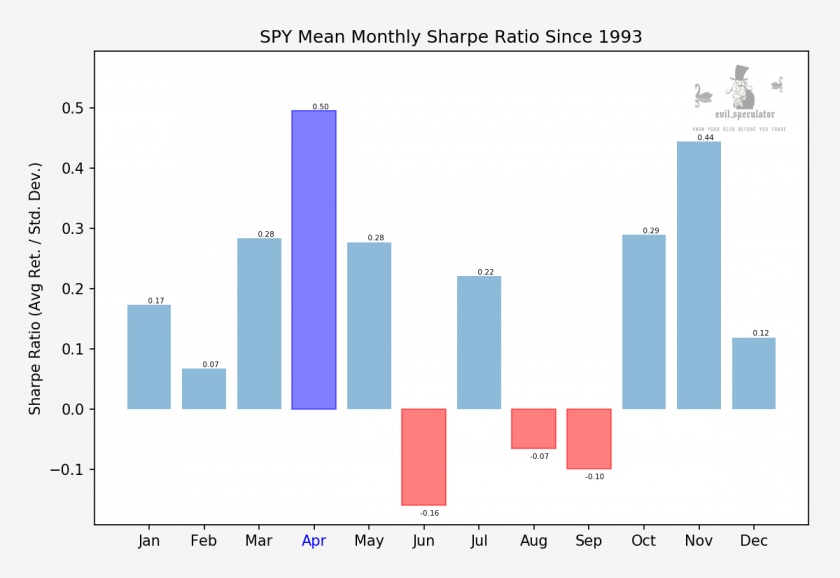 And then of course there is this little tidbit: Historically the month of April is the most bullish of the year for equities. 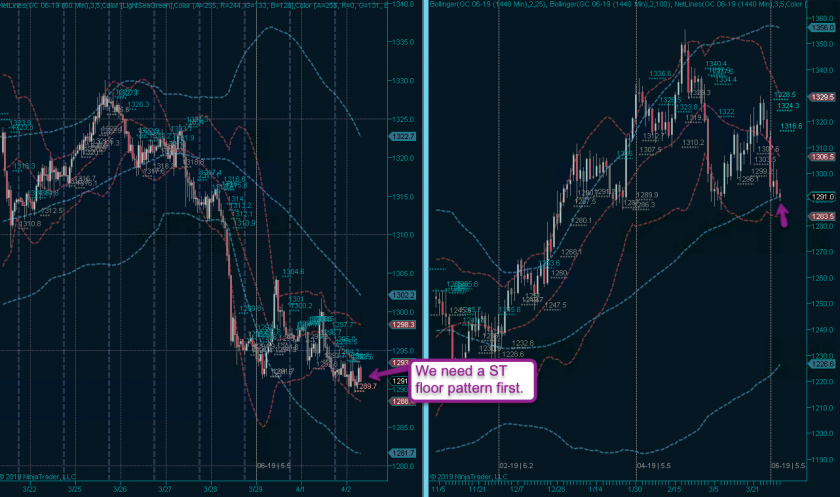 I once again have my eyes on gold as it has now descended back to its 100-day SMA, and is awaiting new instructions. Admittedly this threshold has not been touched/tested in a  long while, so let’s see what happens here.

I’m not eager to jump into spurious long contracts here but if gold gives me a good enough reason, e.g. a ST floor pattern, then I may risk a small position. 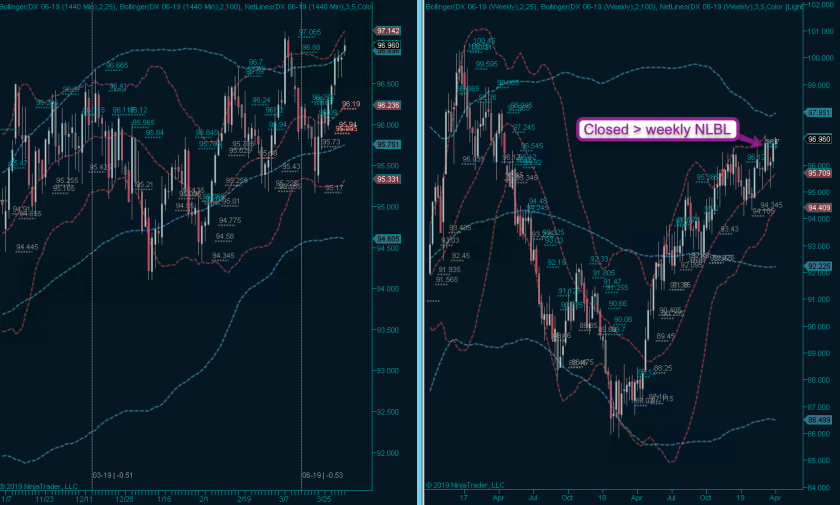 The Dollar also has my attention as it closed > a weekly Net-Line Buy Level last Friday. A push beyond it and above the early March spike low would put us on the way to DX 97 and beyond. 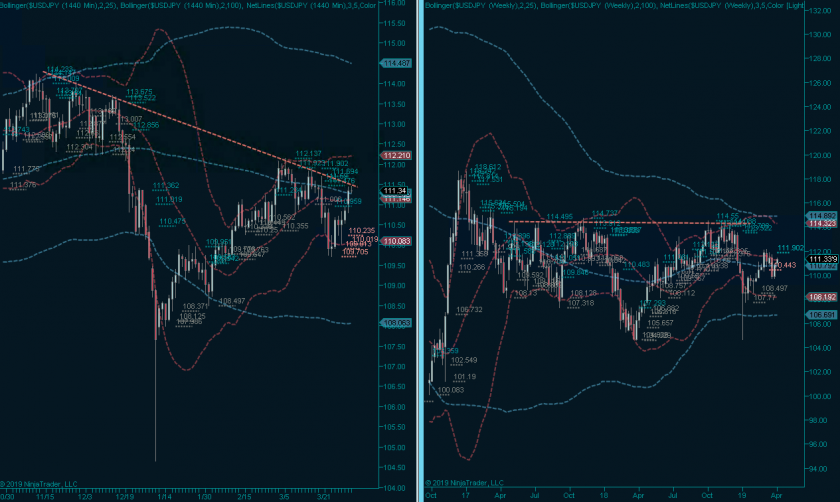 Here’s a fascinating medium term view (daily/weekly) on the USD/JPY. It appears that the current resistance line connects pretty well with the one that triggered a big sell off late last year.

Which if you think about it, puts us in a pretty interesting scenario: If it can push > it then it’s got free reign all the way into 114.5. On the other hand if it drops from here then we could easily see a revisit of the 106 mark.

I am not holding any positions here right now as I’m awaiting a bit of a response on the ST panel, which may be forthcoming in the next few sessions. If a juicy entry opportunity presents itself then I’m game – short or long.

Now I should of course point out that if your lens tells you that the Dollar is ripe for a correction then this would be a great spot to go short. I however am not certain that is the most plausible scenario as I’m waiting for the DX to point the way.