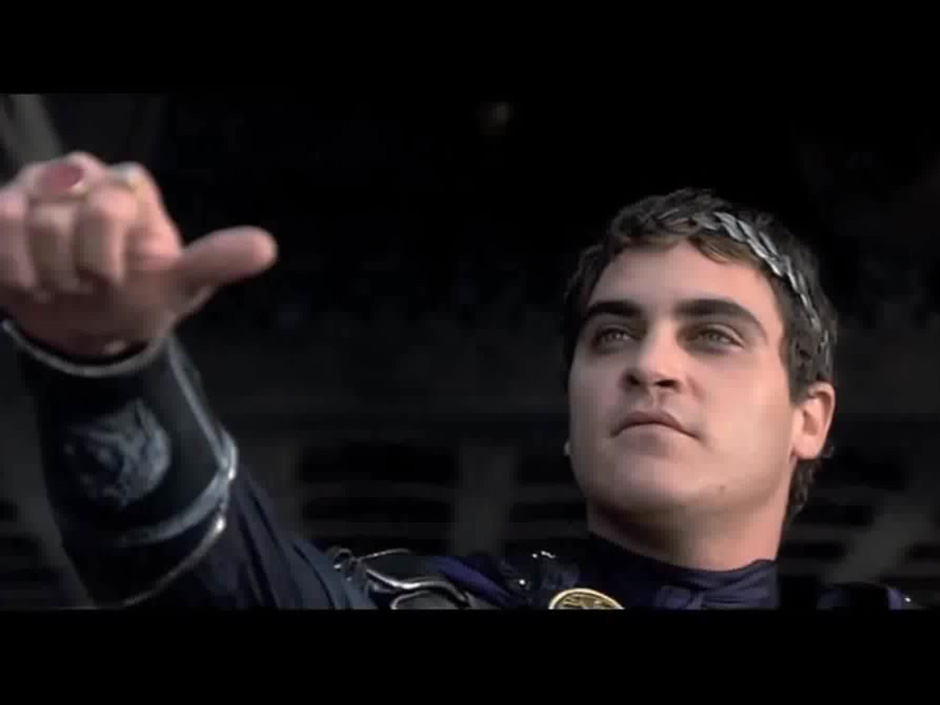 In case I stoked your curiosity, the Latin phrase ‘pollice verso’ literally means ‘with a turned thumb’. And as you probably already guessed it was used in the context of gladiatorial combat, imparting upon Caesar the privilege of being the final arbiter between life and death. Turns out that there actually is quite a bit of controversy among ‘experts’ (no surprise there) as to the actual meaning of the up and down thumb gesture. Some claim that a thumb down meant to spare the gladiator’s life and others say that there was no down thumb whatsoever and a closed fist with a wraparound thumb was used instead. 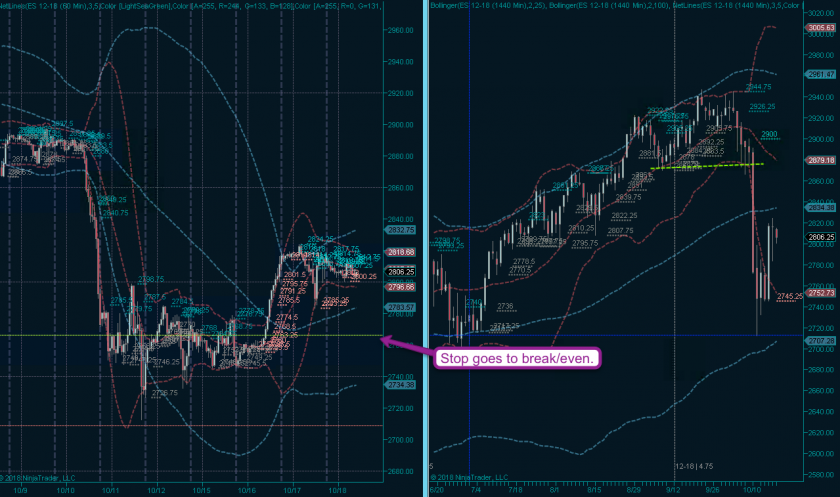 Now I don’t know what Caesar would have said about this chart but I imagine it would have been along the lines of ‘take this barbarian away and off with his head‘. Now good old Nero on the other hand was the type of leader I reckon had the proper personality profile for becoming a professional trader, if you get my drift – we’re talking top shelf Goldman Sachs material here. Not a man to take a losing campaign in stride 😉

Alright enough with the history lessons. What you’re burning to know is whether it’s thumbs up (meaning bullish) or thumbs down (meaning bearish) for equities over the coming week. Well, the VIX Buy Signal has been fulfilled yesterday and if you were a sub, and I hope you are (if not sign up here), then you should be comfortably long at this point after taking a long entry near ES 2766.  If you did then well done, but stop your silly victory dance and set your stop to break even now.

So that’s the good news. The bad news is that volatility is not simply going to drop like a rock from here and it’s back to a slow churn of higher highs and higher lows. No siiireeee, that big wipeout comes with a price tag attached to it and to me it seems like we are going to be exposed to further reverberations over the coming weeks, earning and Christmas season be damned. 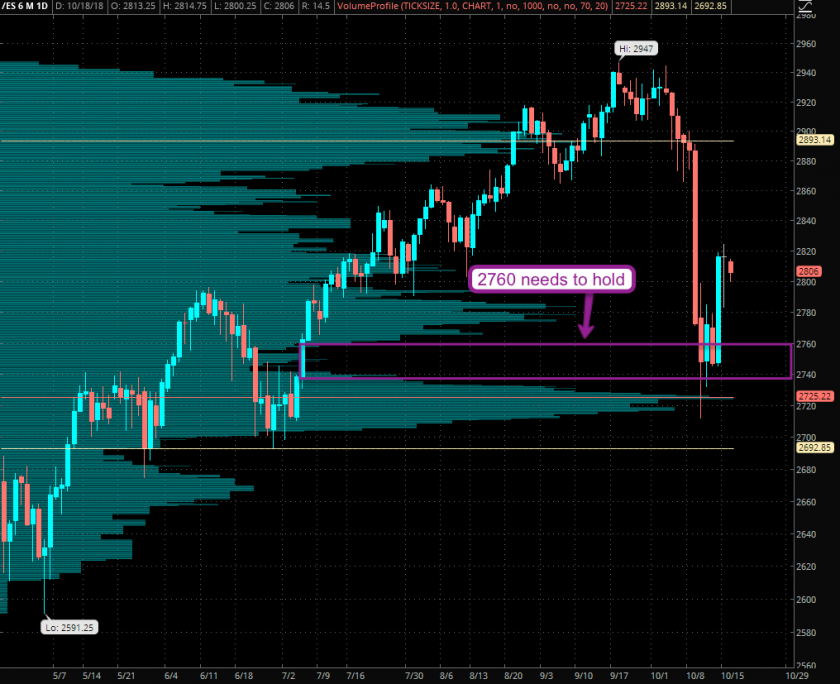 Now although I don’t have a crystal ball I can tell you this: 2760 needs to hold, from both a price and volume profile perspective. So if that one gives and if 2720 goes down in flames then you can kiss this earnings season good bye bye. Which would be a fitting ending for what was a pretty ghastly trading year for most participants (except us steel-rats of course).

I mentioned yesterday in the comment section that a sideways session or two after a quick ramp higher is perfectly normal and nothing to break your pretty heads about. UVOL:DVOL dropped yesterday of course as would be expected. That needs to change today or tomorrow or I fear that we’re heading for a reversal. And if that happens then watch out below. The onus is now on the bulls to show that they can pull the cart out of the mud and get it back on the road again.