Finally this month’s FOMC madness session is behind us. As usual I won’t bore you by regurgitating any pertinent tidbits of the day – if you’re interested in the noise I’m sure you’ll know where to find it. Let’s look at some charts instead – shall we? 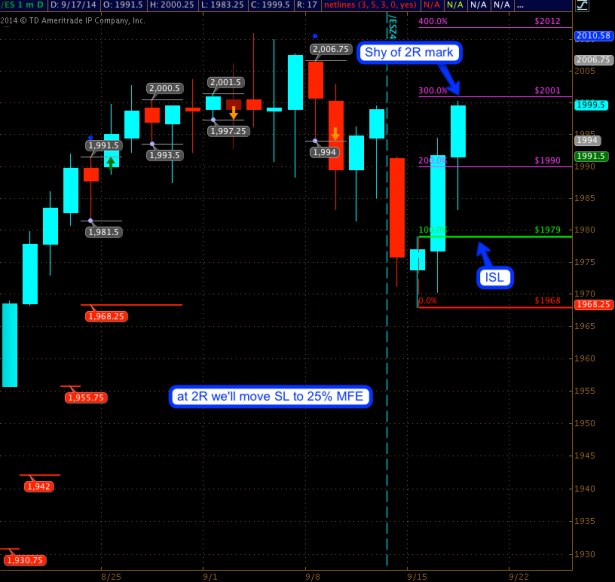 Yesterday I told you guys that such a sharp jump off the lows usually suggests continuation higher. So far that’s exactly the scenario that’s been playing out. If you’ve been taking Scott’s hammer time setup – good job and you may now move your stop to the break/even mark. 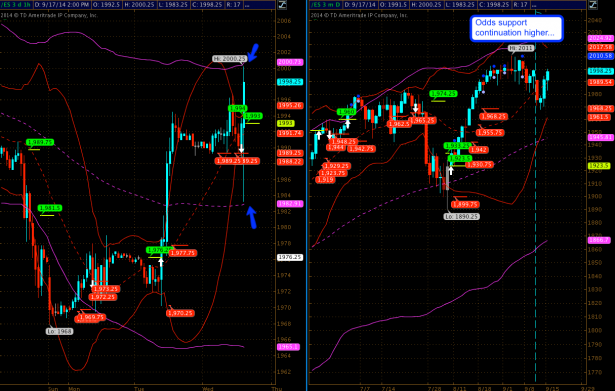 Interesting range on the hourly day – we touched both sides and that now establishes the SMA and the upper BB as respective break out / reversal points. However, as I said – at this point odds support continuation higher. Unless we breach below 1982 the bears are officially toast (again). 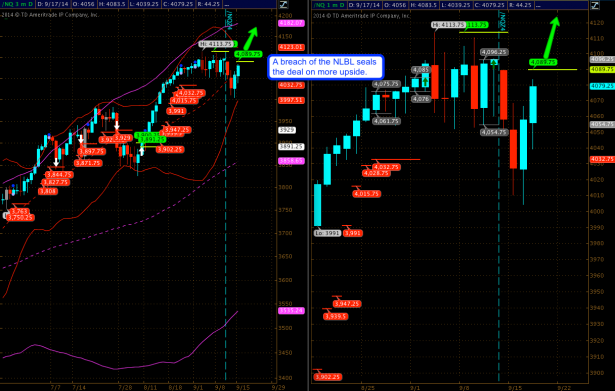 The NQ is now approaching a daily NLBL which is also near the 25-day SMA. IF it manages to breach higher then more upside is pretty much procedural. 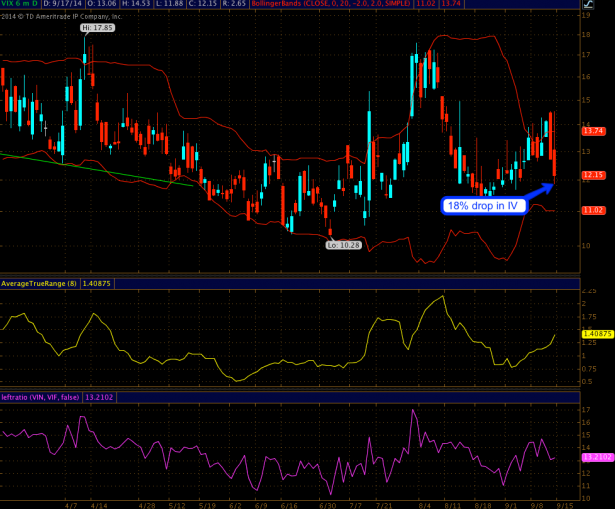 And what really really hits below the belt line is the 18% drop on the VIX since yesterday (and we also touched it earlier today). If you were sitting on puts then your premiums just got flushed down the toilet. If you were long calls then (depending on your strike) you may have actually suffered a loss today. Vega squeeze is a bitch indeed. 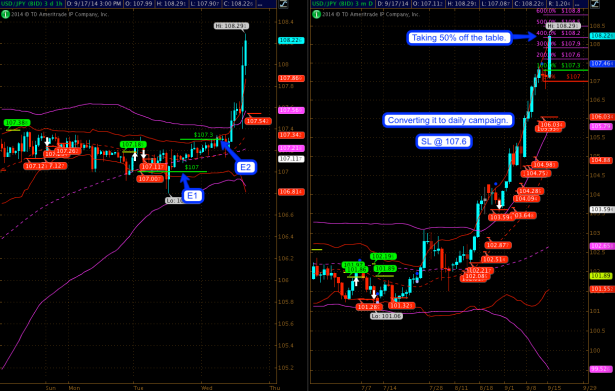 Update on the USD/JPY campaign – I got stopped out today and then re-entered just in time for the ride higher. Taking 50% profits now and converting the rest to a daily campaign. Never ever underestimate the potential for extended squeezes (long or short) on the FX or futures side. Never.

BTW, that was one beautiful BB squeeze on the hourly – I hope some of you rats took this one. 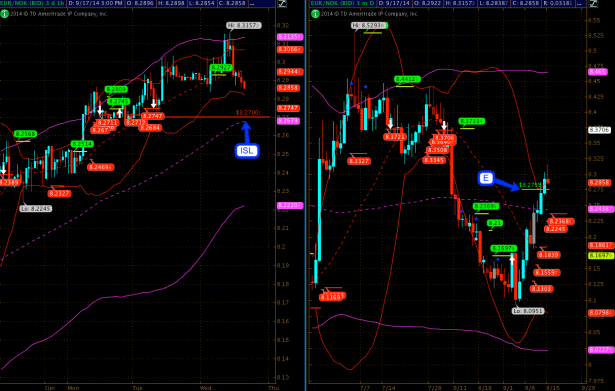 The EUR/NOK is still in play but it’s so-so – I’m keeping it in play and my stop will take of the rest if it must. 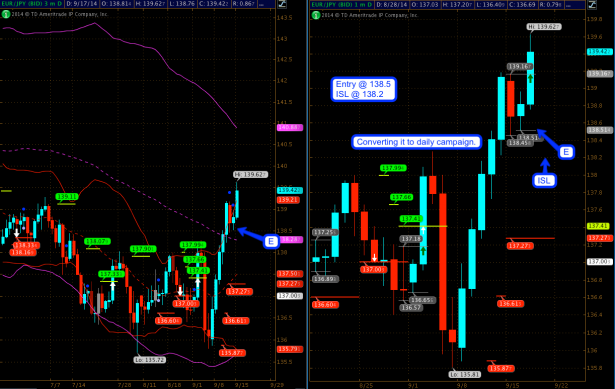 EUR/JPY – another short term campaign I posted yesterday and it’s off to the races. I’m also converting this to a daily campaign but my ISL remains in place. 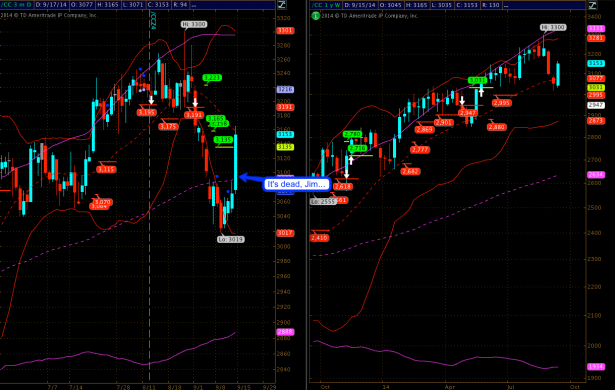 Unfortunately our cocoa campaign found its untimely and ignominious ending today – it had good potential but you can’t win ’em all. But you can try 😉

Alright – a few more setups for my intrepid subs below the fold:

That’s it for today – have fun and keep it frosty.