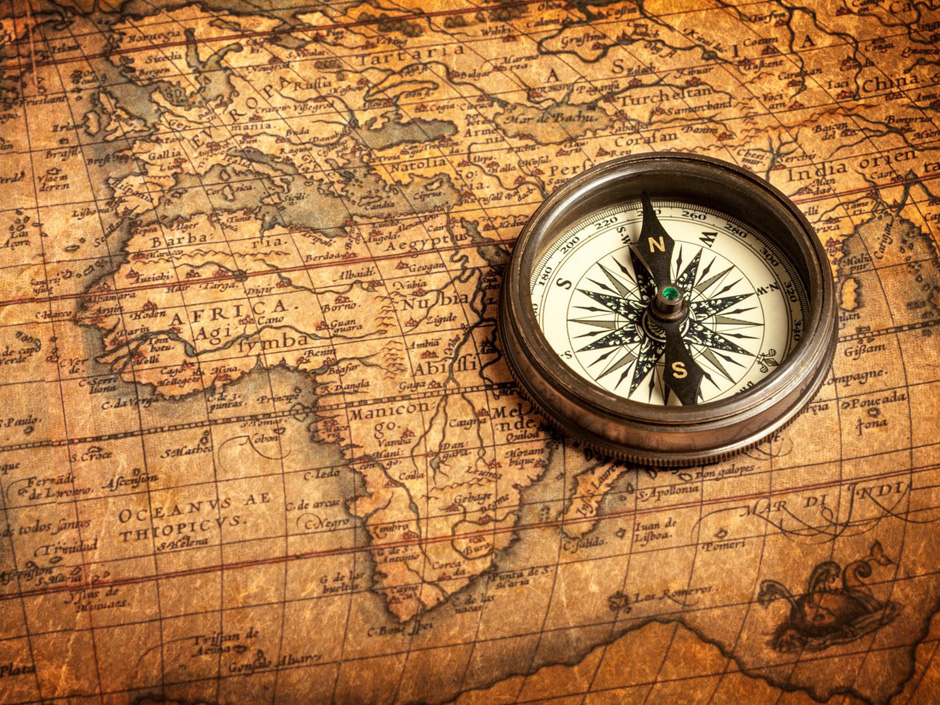 September has finally arrived and I couldn’t be happier. I’ve made no secret about summer being my least favorite time of the year, especially as I’m not a big fan of excessive heat mixed with humidity. Plus here in Valencia summer brings with it troves of selfie-snapping tourists clogging up our city as well as the beaches.

Since it’s by far the worst time to travel I usually hide out at home with the A/C cranked up until September, which brings much relief as most of the worker drones are called back to their respective labor camps in the icy North.

As a trader the arrival of fall usually also promises relief from the dreaded summer doldrums in the financial markets. Except that we’ve been seeing a lot of fireworks over the past few months which has had an impact on implied volatility and thus increasing prospect of downside risk.

One of the first things I usually on Friday evening or Monday morning is to check the expected range on the Friday expiration in the SPX option chain. As of right now the market is pricing in a 59 point move by the EOS Friday. 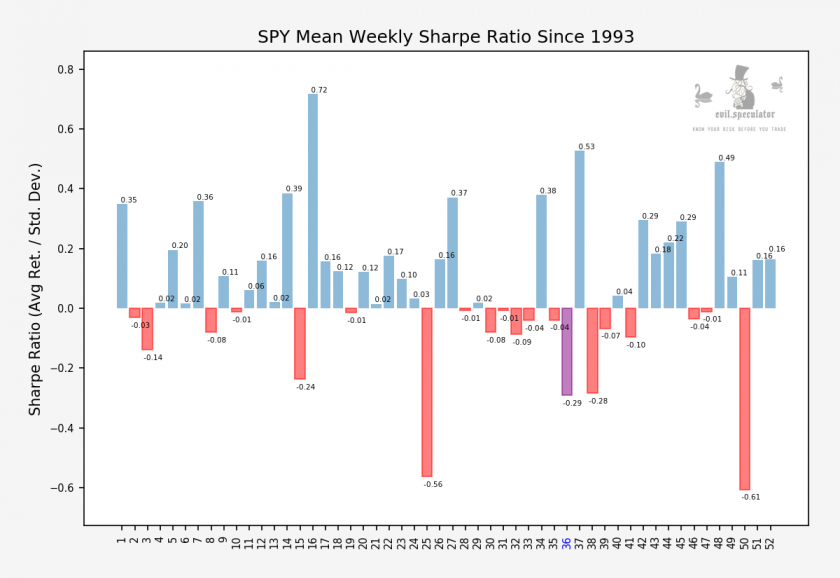 My seasonal SPY statistics favor a move to the downside – in fact week #36 appears to be the third most bearish of the entire year and the fourth most bearish is only two weeks away, interrupted by the second most bullish week of the year. Not the time of the year to hold a directional bias. 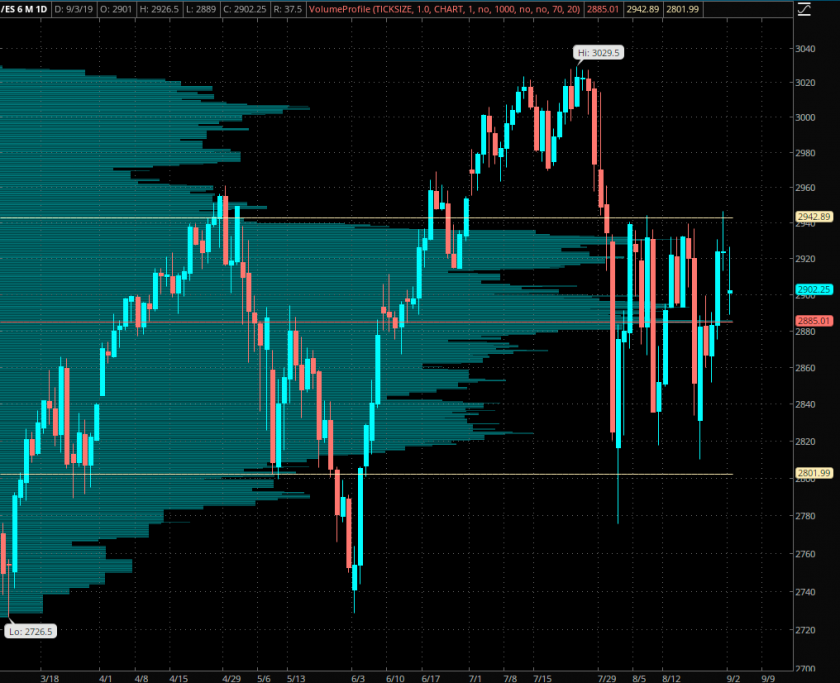 Especially given the HV range we’ve been stuck in over the past two months. Unless we decisively breach ES 2950 or ES 2820 we are not going anywhere fast. 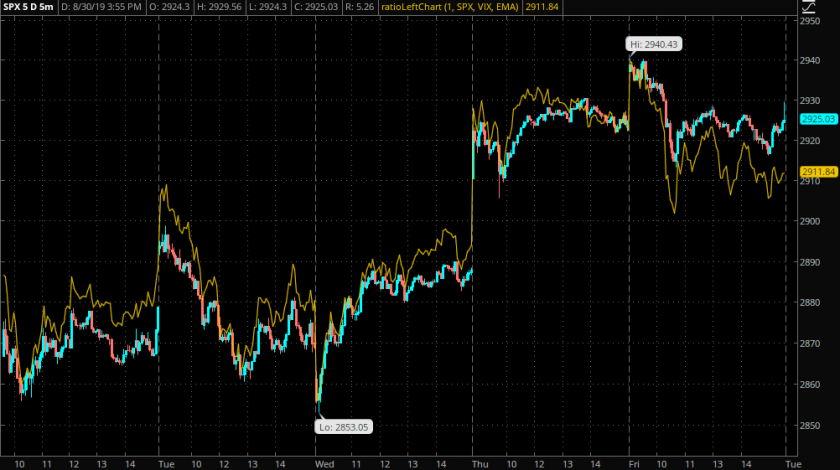 The SPX:VIX ratio was pointing downward on Friday, which however wasn’t a huge surprise ahead of a long weekend, which always means additional risk.

What however has me worried a lot more on a medium to long term basis is the Implied Volatility Term Structure, a.k.a. the ratio between the VIX and the VXV: