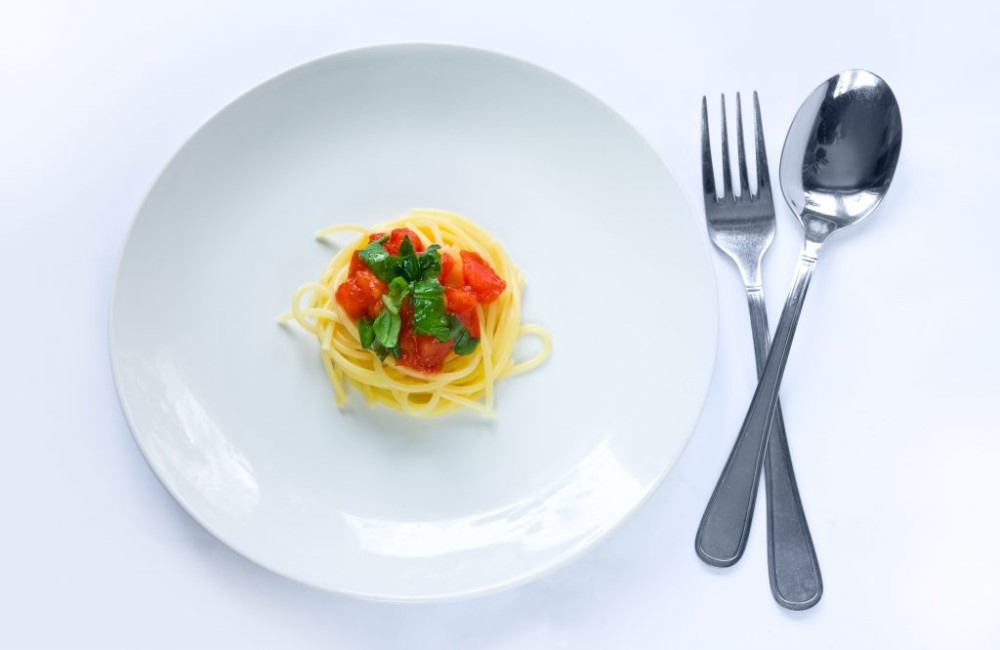 Once again not a topic that would be on the top of my priority list given that pertinent U.S. and [most] European laws are extremely clear and solid on the subject. And so is public opinion by a vast margin. The only time that ought to be spent debating this topic should be devoted on how to better enforce our laws and to ensure that the most precious commodity of all, our children, is well protected from sexual predators. Case. Closed.

But of course if your very career is predicated on creating clicks via controversies and political hot button issues then it’s just a matter of time until you wind up crossing the line. This criticism is not to aimed at muffling social debate – just to be clear. But to highlight the fact that if you keep playing with fire it’s just a matter of time until you get burned by the same flames that may have fueled your ego on the way to Internet fame/notoriety. 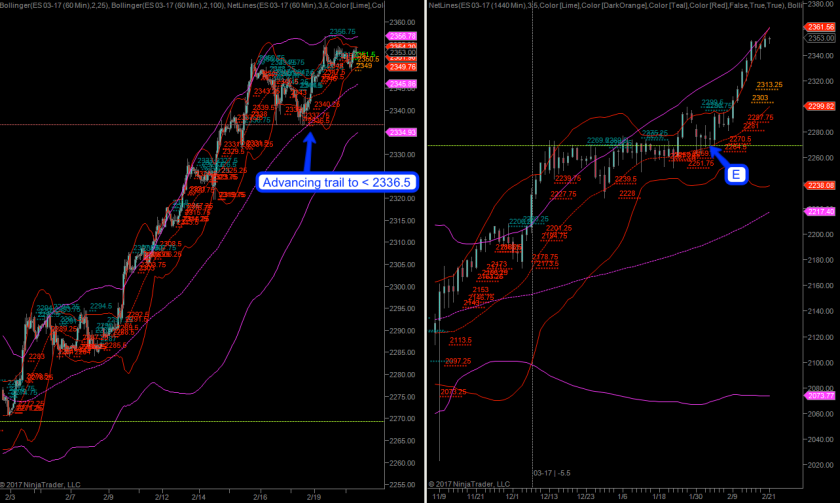 One of the aspects I enjoy most about being a financial blogger is that the markets are intrinsically very black & white. For every winner there must be one or more losers. Accounts get settled once per day and there is no grayscale between winning and losing and more importantly there are no consolation prices. It reflects the cruel disposition of mother nature and as such it is a battlefront with clearly defined lines and many opportunities, assuming that you have what it takes to win. Personally I wouldn’t want to have it any other way.

Speaking of winning, our E-Mini campaign continues to be the gift that keeps on giving. I’m now moving my trailing stop for what must be the 10th time now and one wonders how much further this rally may be able to run. Well, I’ll be riding the flaming coattails of this one until I’m told to get the heck off the bus. 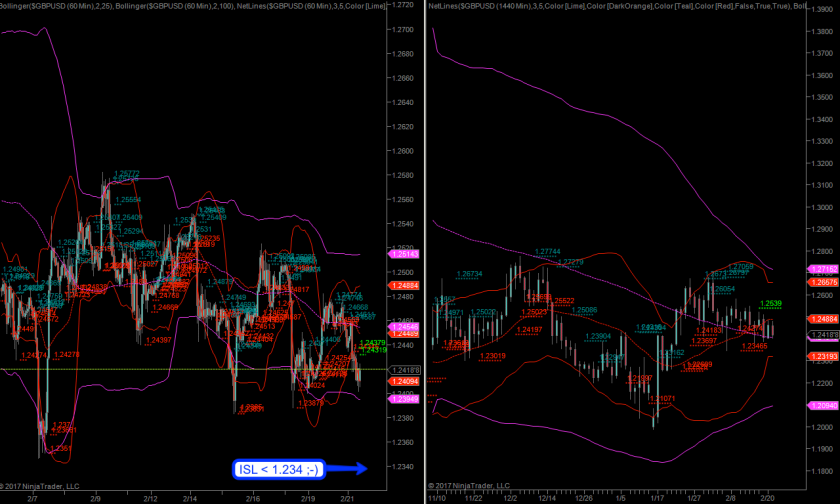 Otherwise I have precious little to offer today as many trades are still enjoying their extended weekends. Cable was an entry last Friday but it has since dropped again and is offering us a 2nd entry in the same range. My stop remains below 1.234, which cracks me up every time I look at it 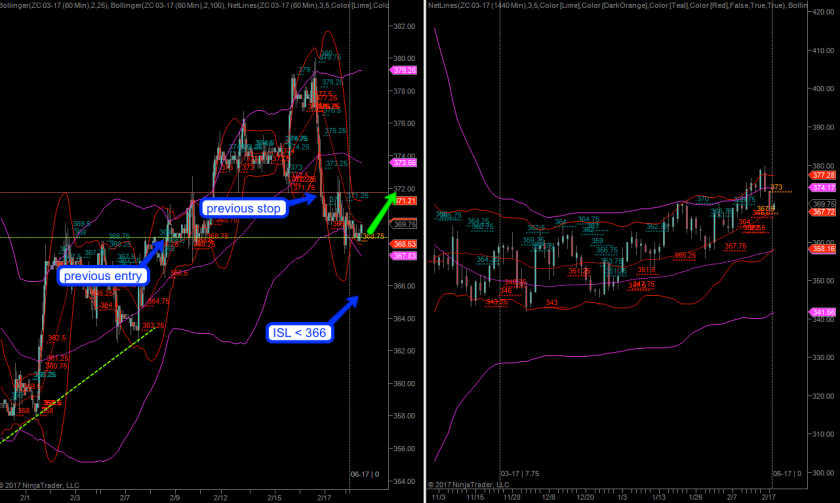 Our corn campaign was stopped out at +1R last week and I’m back in now with a stop below 366. The odds are pretty low to be frank but it’s in a configuration that could easily turn into a runner (i.e. retesting the upper BBs on the daily panel). I’m only deploying 1/2R however as this one really needs to show us some mojo now.