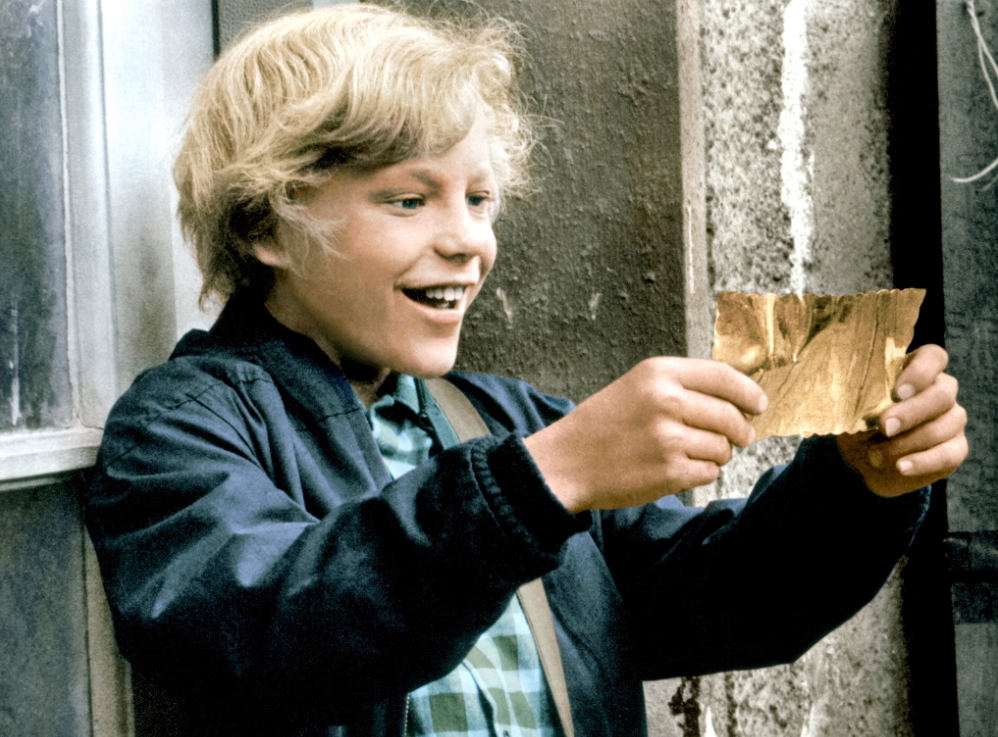 Apparently some alleged fat finger just caused a massive drop in gold moments ago dragging silver with it. If you’re a sub then you know that we were actually waiting for a slight drop in both last Friday. And boy are we glad that we didn’t get filled that day! Technically speaking this puts us on the fringes of the short term bullish scenario, however it does not invalidate it plus it’s possible we are going to see a bit of mean reversion.

Let me point thought that in many cases there is follow up downside and thus any long positions right here should be considered coin flip lottery tickets. That said let’s get to the setups: 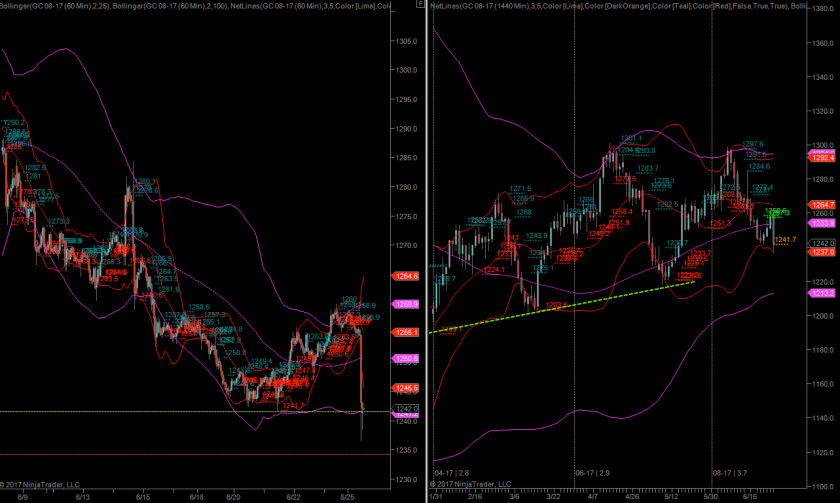 Gold has dipped below its prior lows and may just decide to continue in the same direction. However a small 0.25% lottery ticket right here with a stop <1235 is justified. The win/loss rate is slightly negative (e.g. ~45% depending on the cycle) but the winners far outweigh the losers, usually banking 3R plus. 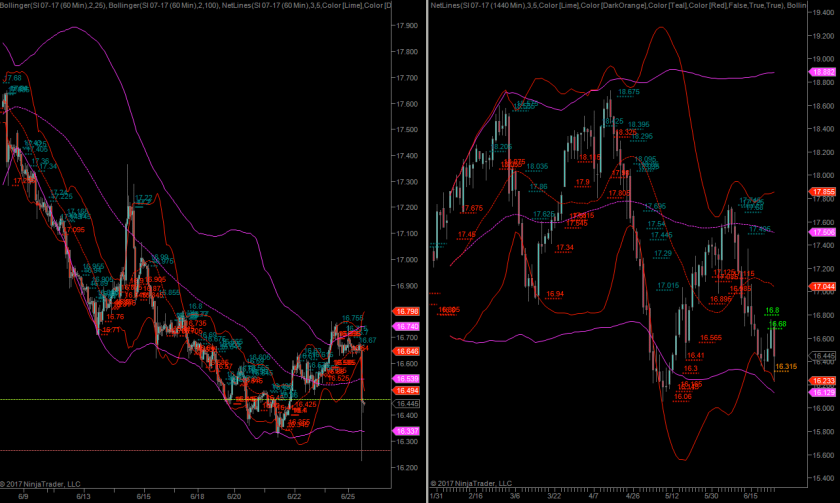 Silver is about to roll over but I’m showing you the July contract first so that you have the overall picture. The daily panel is looking very compelling to me so I will devote another 0.25% to a long position here with a stop a bit further away than on gold unfortunately. Doesn’t really matter for most retail traders anyway as it’s a big contract and if you’re only grabbing 0.25% most likely you can afford one or two contracts anyway. 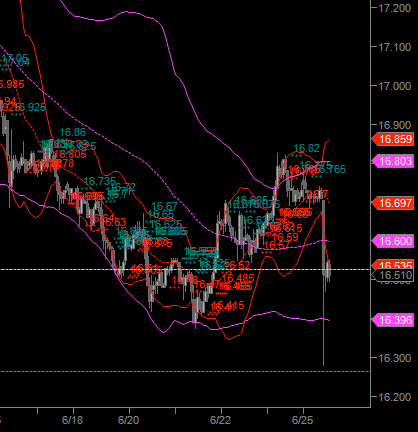 Not to sound like a broken record but let me once again emphasize that both setups are low probability high payoff lottery tickets in a highly volatile post flash crash situation. Which means extra small position sizing and wide stops.