After yesterday’s sudden spike higher it was reasonable to expect a sideways session today. Nevertheless I’m sure that lackluster tape and in particular the non-confirmation on the Russell is pushing all kinds of emotional buttons, especially among late comers (which is probably the majority). Well, I guess that is the general idea – keep ’em guessing and chasing their tails. 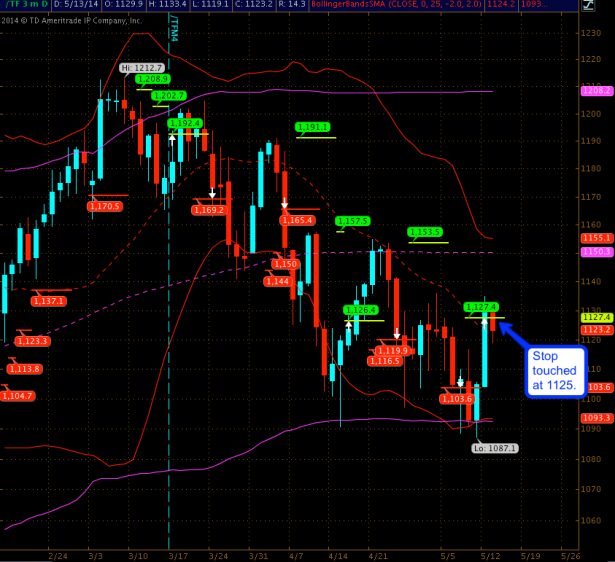 Now obviously my TF campaign has found a quick and ignominious end as I was stopped out at 1125. Not much lost and that’s the reason I kept it pretty nearby. Of course that is regrettable but on the other hand it does open the door to a much better entry – more on that below. 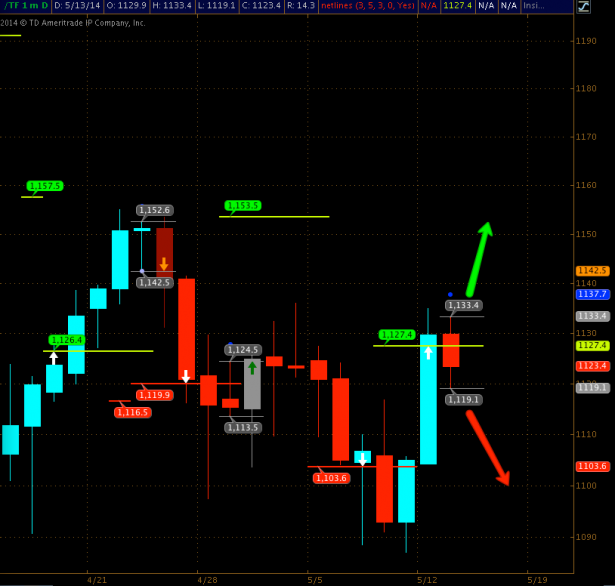 This is actually quite an improvement – we now have an inside day right on top of the 25-day SMA. That is definitely something I can work with, especially given that it’s bi-directional. 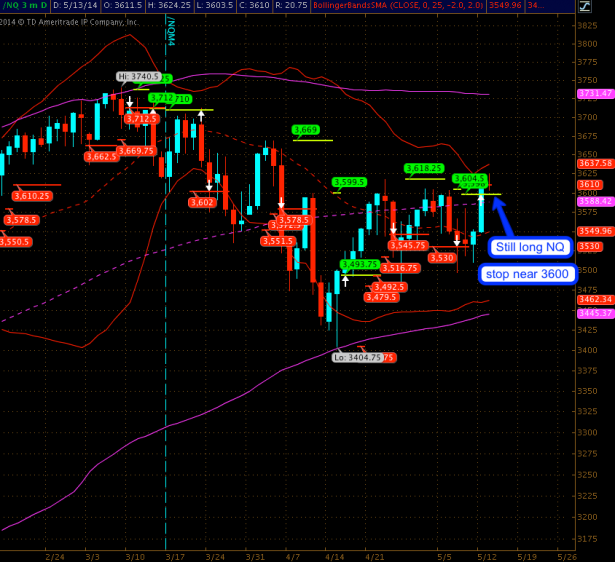 The NQ is still in the running but the day ain’t over yet. My stop remains a tick below 3600. Nothing to do here. 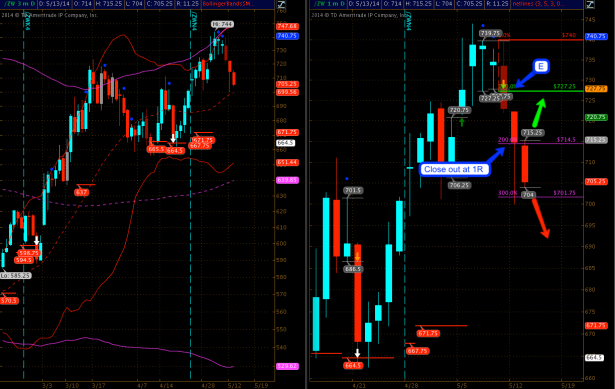 Wheat – I forgot to post an update about it yesterday as we closed out a previous campaign at 1R. And now we get another IP very near the 25-day SMA, which is still rising. I would take both entries on this one however.

Quite a fine collection of setups waiting below – please join me in the lair:

Good stuff on the roster today and I’m curious how things are going to play out as Forex and equities seem to shifting into a new market period. Whatever you do – keep with the program and don’t let your emotions lead you into risky trades. See you guys tomorrow.