The spoos seem to be running on cruise control and we’re seeing the same Groundhog Day script for the third time in a row now: Gap the open and then steer it sideways. Now you know why I told you guys last week that I was less than excited about the upside here. It’s tough tape unless you got the entry at the 100-day SMA last week – in which case it may be wise to start scaling out and to perhaps keep a few lottery tickets into 1410. Anyway, there’s not much of substance to add to what I’ve reported in the past few days. But we do have a few setups worth following up on – so let’s take it from the top: 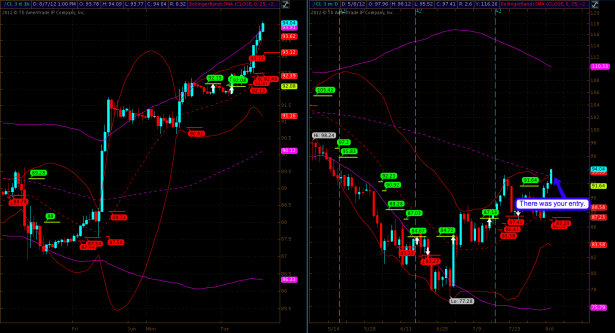 And there was your entry! Crude breached on the first try and is now officially a long position. Obviously it’s not going to make it easy for us so watch out for the 100-day SMA retest. Which by the way may be your second chance to get positioned. Not that I like high gas prices but this one seems to have good odds of going all the way. 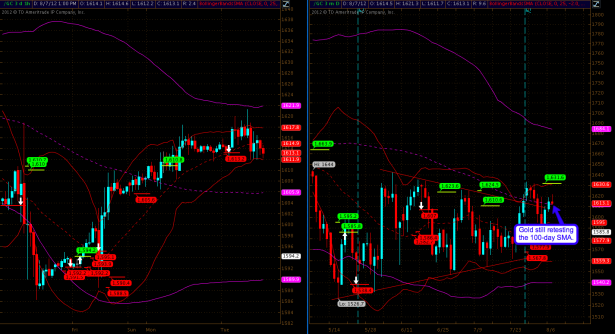 And then there was gold – long entry yesterday and today it’s already back at the Maginot line. It’s been a bitch of a contract lately and I may have to sacrifice another chicken burger to the Dark Lord in order to sway favors for a push higher. Officially a perfect long entry until she starts slipping below the line again. Goes without saying that I am keeping my eye one this one. 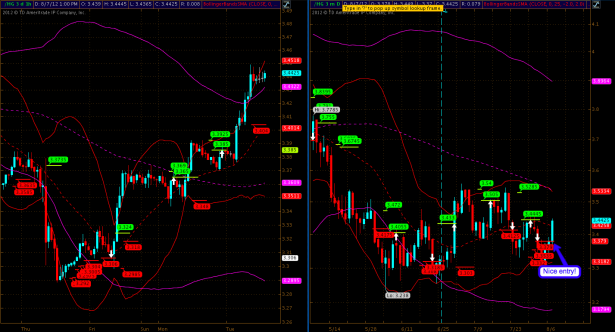 While we’re on the head banging metal theme – here’s copper which triggered a long entry yesterday (you would know if you were a sub). And it’s gone! Great break out here and I’m holding for a touch of 3.5 plus.

Although the pickings were slim today I managed to dig up two juicy setups – please step into my lair:
[amprotect=nonmember] More charts and cynical commentary below for anyone donning a secret decoder ring. If you are interested in becoming a Gold member then don’t waste time and sign up here. And if you are a Zero or Geronimo subscriber it includes access to all Gold posts, so you actually get double the bang for your buck.
[/amprotect] [amprotect=1,13,9,12,5] 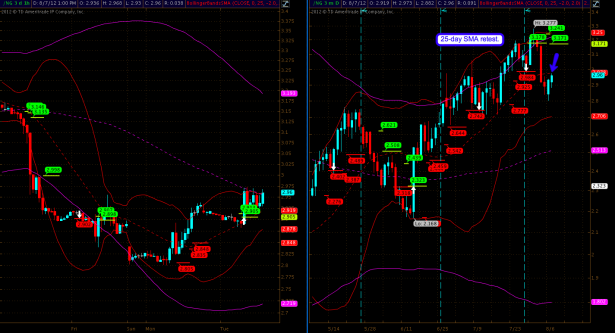 Natgas – I have been watching this one with interest after snoozing a perfect short entry last week. Don’t bitch at me – I have been kicking myself for not posting this one. Anyway – it’s back at the 25-day SMA and I think this could be one nice reversal trade (i.e. short). If she pushed above and holds then a long position would be justified. I’m suggesting this one as things have slowed down a little, which suggests that the current correction is obligatory. 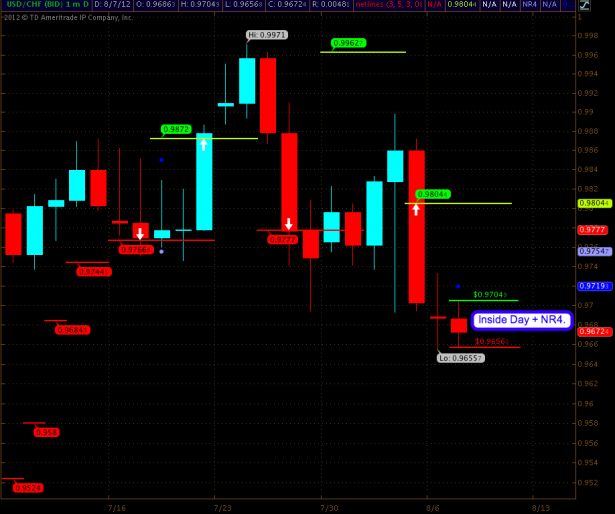 And then there’s USD/CHF painting an inside day + NR4 setup. You know what to do – personally I would be mostly interested in a long reversal here for two reasons: One we just dropped like a rock and two we are pretty near the lower 25-day 2.0 Bollinger line. May be good enough for a little bounce.

Words to the wise: For some reason I see many of you regulars getting drawn into overtrading and it’s time for some tough love. Frankly, if you have been here for more than a month then you really should know better. I will not mention names but I’m sure you know who you are. Simply trading on emotion and instinct is a guaranteed way to not only wipe out your account but to also destroy everything you have worked so hard to build in the past few years.

Make no mistake – winning just like losing is a habit. If you let yourself slip and start trading like a loser then this will have long term implications. It’s not the just the money you have to earn back – it’s the psychological damage that will do you in. Even worse is actually getting away with newly acquired bad habits. I don’t care if you made a ton of money taking on risky trades this week. That does not mean you were proven right – you simply got lucky and as a result your brain will start correlating risky behavior with being successful. Bad move – and it’s just a matter of time until you make that one mistake that triggers the margin call from hell.

Tape like this is engineered to lure you into bad trades and to keep you guessing. Just say no and keep things simple stupid. Don’t assume you know anything as this tape is littered with trap doors. As I always keep pounding into your little rodent brains: There are easy times and then there are tough times – guess which ones we want to be active in?