I woke up to Gmak’s very first and awesome post here and simply couldn’t believe the amount of participation I saw! And I’m not just talking about the number of comments – I’m talking quality of discourse, charts, insights, etc. Rats – I’m very proud of you today, this is the kind of blog I enjoy running and as long as you guys keep it coming like this I’m not going anywhere.

Well, I just lied there – I’m actually going to either Britain or Japan early December for about 10 days, but I’m sure you guys will do ‘just fine’ without me. Alright, time for a little update on the ole’ wave count. 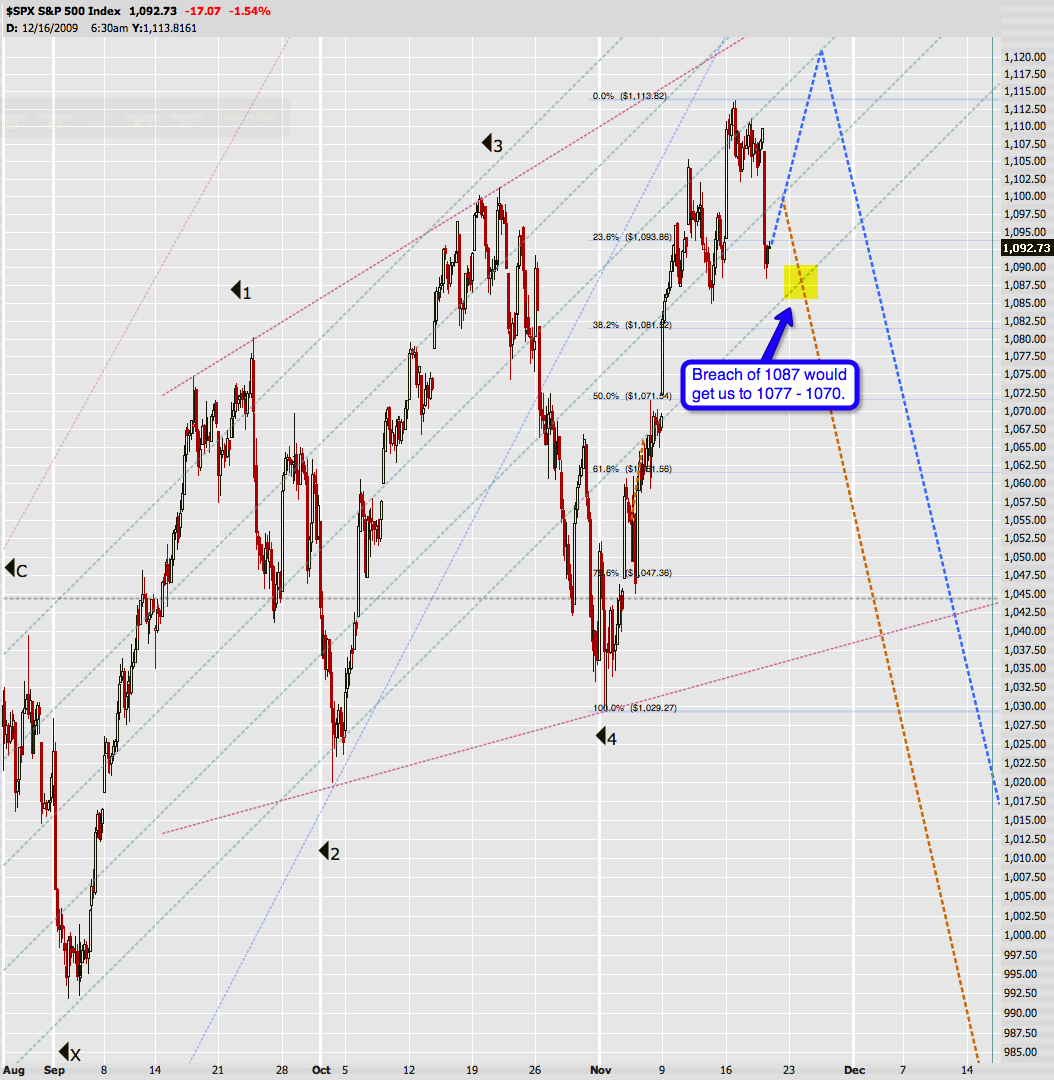 So we dropped through the 23.6% fib mark – but this one is questionable anyway as I should probably measure it from the bottom of Intermediate X. But it’s the only thing that lined up, so I thought ‘what the heck’. What’s more important is the ever rising support line of this long term channel, which has kept the bulltards running, as it should. Yes, that’s right – you can run, but you can’t hide. Either those bastards dig deep now and push this thing into 1120 (i.e. Soylent Blue), or they will soon find themselves covering their long positions as we will breach this line for the 2nd time this month (i.e. Soylent Orange). 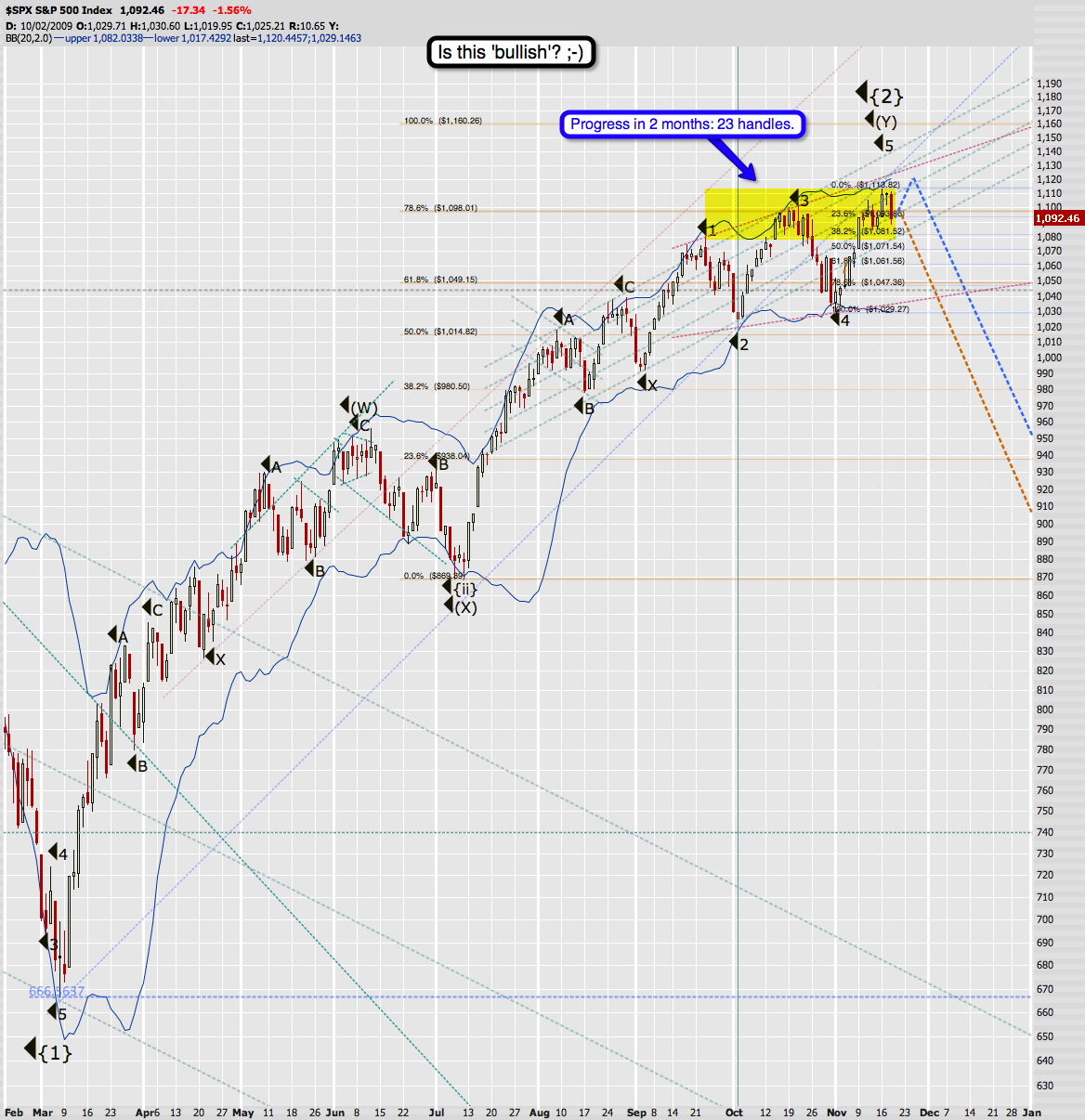 NYSE A/D ratio now at 0.165 – wow, that’s bearish folks – if we close anywhere near those readings it might just be whoop-dee-doo time. Alright, I’m going to grab some morning chow and then will report back with more charts and goodies.

2:04pm EDT: After an overnight push up the Dollar has been dropping once the U.S. currency boys got their hands on it. Which is quite interesting, considering that equities have not mustered much of a snap back as of now and that NYSE A/D ratio remains unchanged at around 0.167. 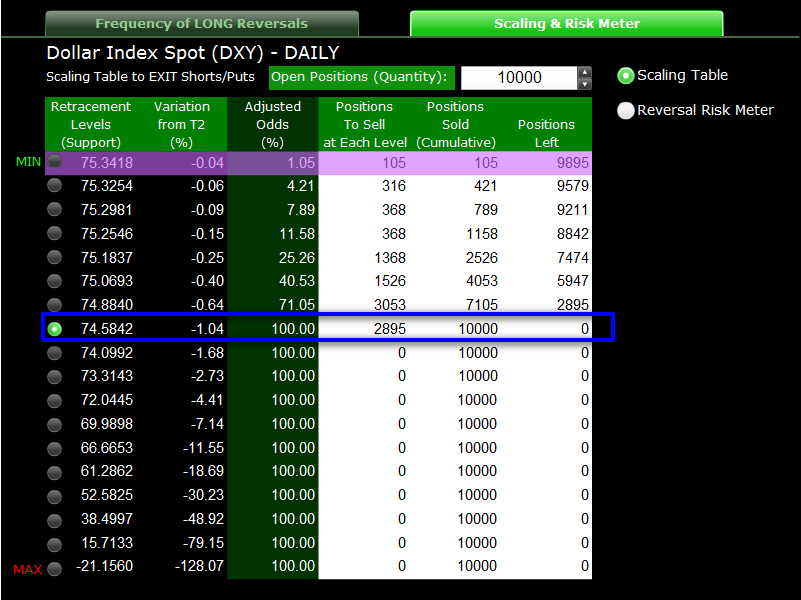 But it’s OPX week, thus you should always expect the unexpected. Thus, I have set the 100% DXY retracement level at a conservative 74.58. 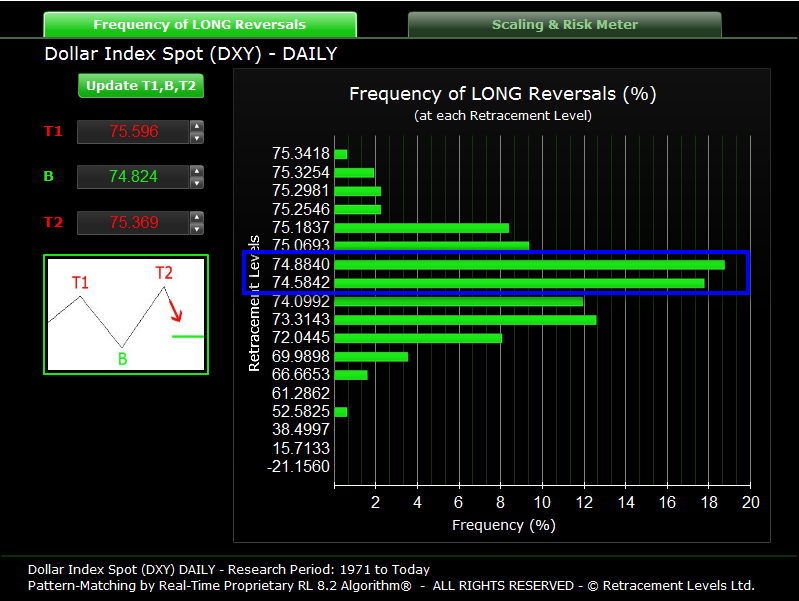 So, when correlating the fib degradation in the odds with the frequency I think going long the buck should not be attempted until 74.88 and if that one misses 74.58 might do the trick. Both spike out at around 18% frequency and the currently hold a 71% and 100% probability.

Yes, about that 100% mark – it’s where human mind constructs come into play (i.e. me), thus it’s the weakest link in this exercise. 100% does not mean that it can’t be breached – it’s simply a starting point at which we would expect an almost assured turning point – emphasis on the almost.

Again, the DXY odds calculator is exclusive to Evil Speculator courtesy of 2sweeties over retracementlevels.com – we are highly appreciative having access to such a fine tool.

3:04pm EDT: I’m looking at some patterns over here and think that they’ll try to run this thing up a little into the close. If you are short term short make your bets accordingly. 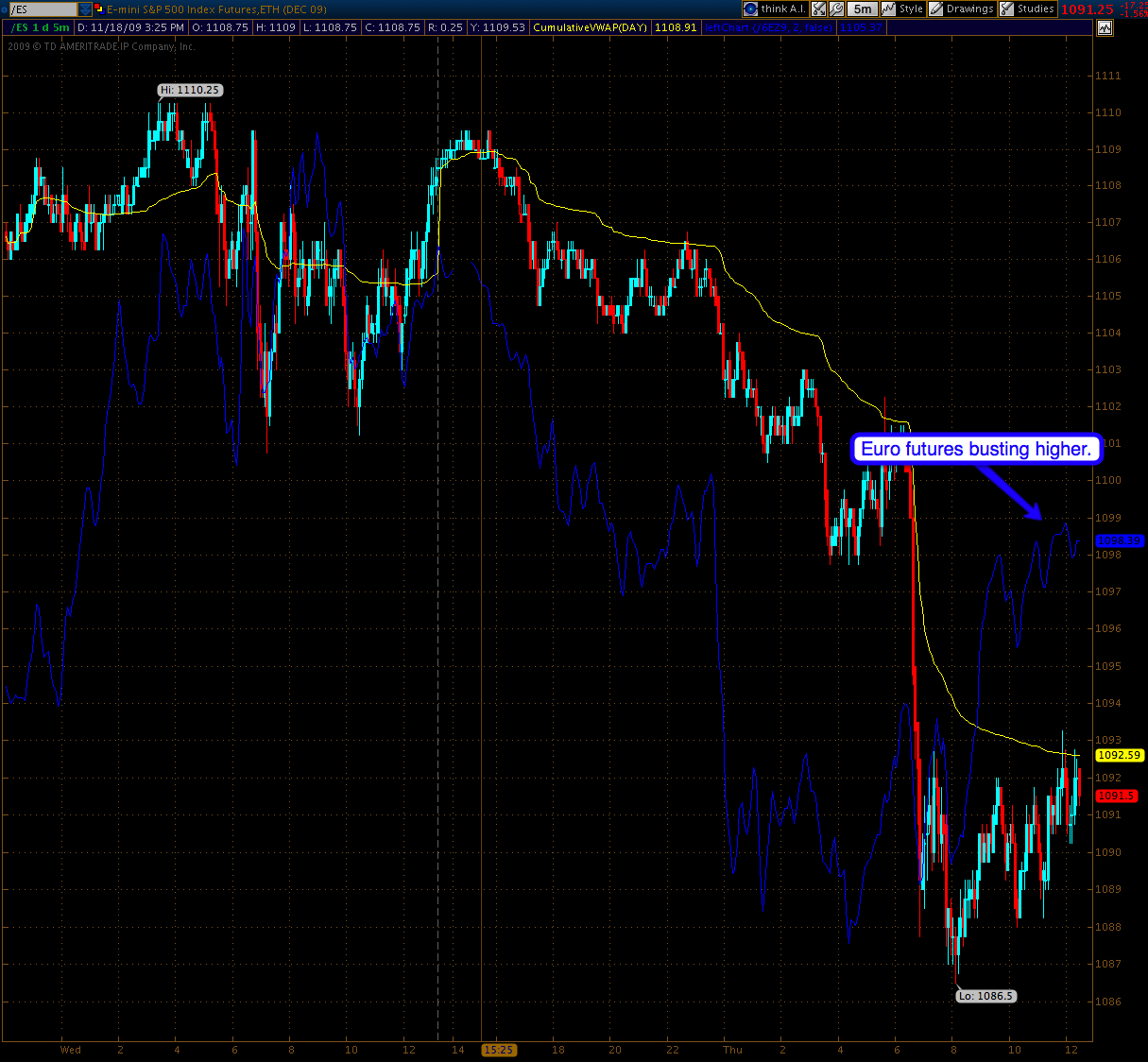 Does not guarantee a push higher in equities but the climate is favorable.

3:53pm EDT: Before you guys all buy the dip into tomorrow – this was just a scalp trading comment. The A/D ratio is still at 0.21 – which is miserable. So, there is no guarantee we see a rip higher tomorrow. I have not seen such a low ratio after a new high in a long time.