Among all common cognitive biases my biggest battle as a trader was (and remains to be) the one against recency bias. You will find a great example of just that in Curtis Faith’s book ‘The Way of the Turtle’: Faith finally relents to a friend, who begs him to reveal the secrets of his highly successful turtle trading system. However when things are starting to get dicey his friend quickly decides to ignore the system following a series of losses:

Around February 1999 I (Faith) asked him how he was doing in cocoa since I had noticed that there was a great downward trend. He told me that he did not take the trade because he had lost so much trading cocoa and thought that the trade was too risky’.

Curtis noted that prior to the downtrend starting there was a run of 17 losing trades. Collectively these losing trades added up to a loss of nearly $17,000. The subsequent 11 trades (per the system), which the trader did not take, contained 4 winning trades and 7 losing trades. The net result of these 11 trades was a profit of around $73,000. 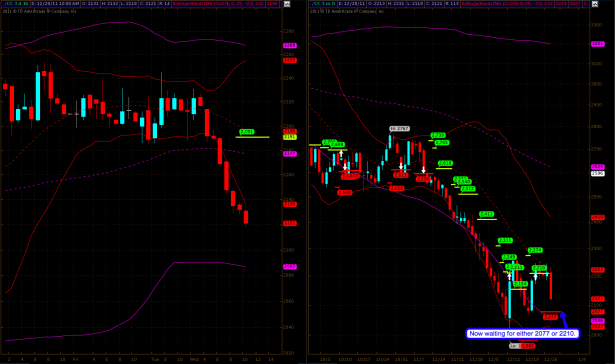 Looks like cocoa is still having fun shaking out weak hands after a big squeeze. If you are a sub then you know that I have been waiting for a decent entry here. I already got stopped out twice – once on each NLBL on that chart. I kept a tight stop so not much is lost but if you guys followed this trade then I can imagine that some of you are probably thinking along the lines of ‘screw that’ – it ain’t gonna happen. Well, it may or it may not. But what I’m seeing are three things:

As you can see – either way you turn it there is a lot more information present now and that’s something we can use to our advantage. Whether or not copper is going to push higher here – I don’t know! But as long as various systems suggest a setup I am going to continue taking it – that simple.

This has nothing to do with mindlessly chasing a symbol or being fanatic about a particular trade (either out of desperation, greed, revenge, etc.). If we make new lows then I will go back into hibernation and wait for a good setup. In the meantime cocoa is probably going to try to shake us off – obviously she’s got pertinent a track record 😉 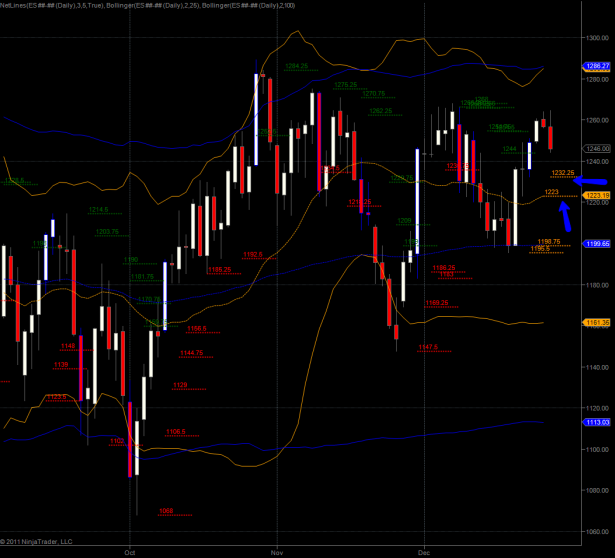 Equities today – I don’t have much to say about today’s move. Frankly I’m a surprised that reversal happened so quickly – if you saw yesterday’s update then you recall that I was thinking 1280ish before we’d turn. But here we are and it’s difficult to tell when we’ll see a reversal – if things pick up pace then we may find ourselves at 1230 or 1223 on the spoos (remember that fair value right now is around -5.5, so simply add 5.5 to the spoos to find equivalent values on the SPX – your mileage may vary). 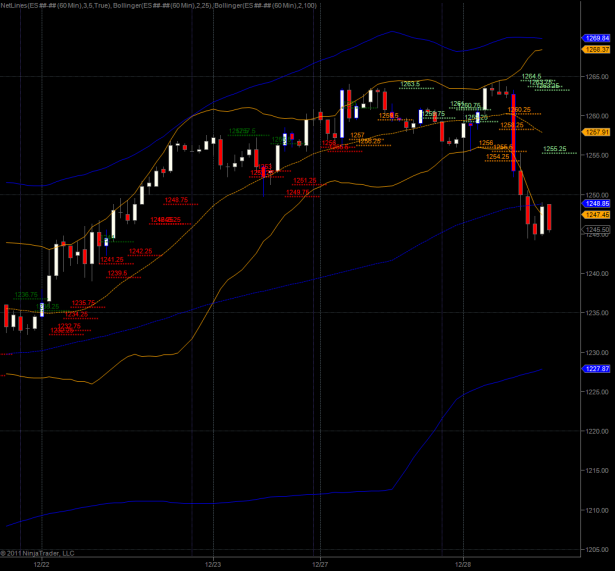 The hourly panel suggests we may hold here as the 100-hour SMA is providing some type of support but if we breach through 1244.25 then watch out below! 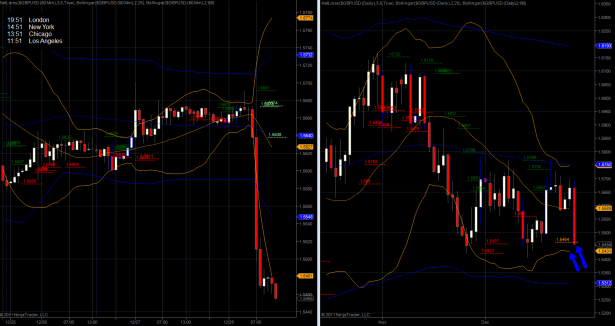 Finally I think cable may be a good long here. Good risk/reward ratio by putting a stop right below that lower 25-day 2.0 BB line at 1.5431. I think we may get pretty close as this puppy is on the move! If it continues downward then 1.5312 would be my next best setup.