Return Of The Market Mole 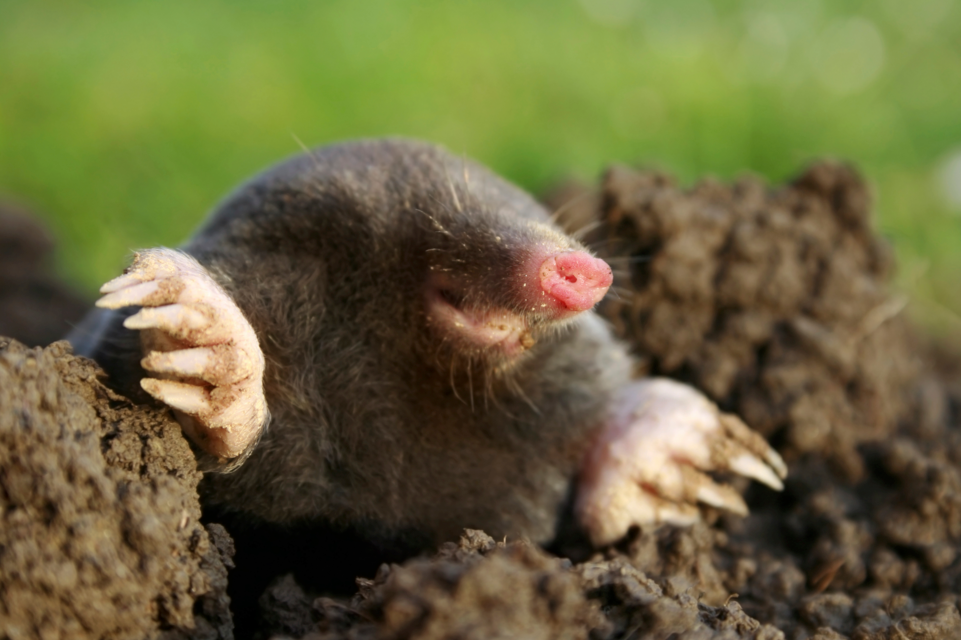 That’s right – the Mole is back! But this time it’s without any vengeance as I feel zen to the max after nearly two weeks of soul soothing silence on the beautiful island of Tenerife. Fortunately the journey back to Valencia was mostly uneventful; the exception being a plane full of Spaniards prepared to riot when they were told that they needed to remain in their seats until our plane had actually stopped at the gate. I humbly suggest that any airline operating within the Spanish peninsula equip their flight attendants with whips and cattle prods. Apparently verbal instructions issued by the pilot or flight crew are considered to be mere suggestions. May I add that the same seems to apply to traffic signs clearly indicating pedestrian zones, but let’s leave it at that. 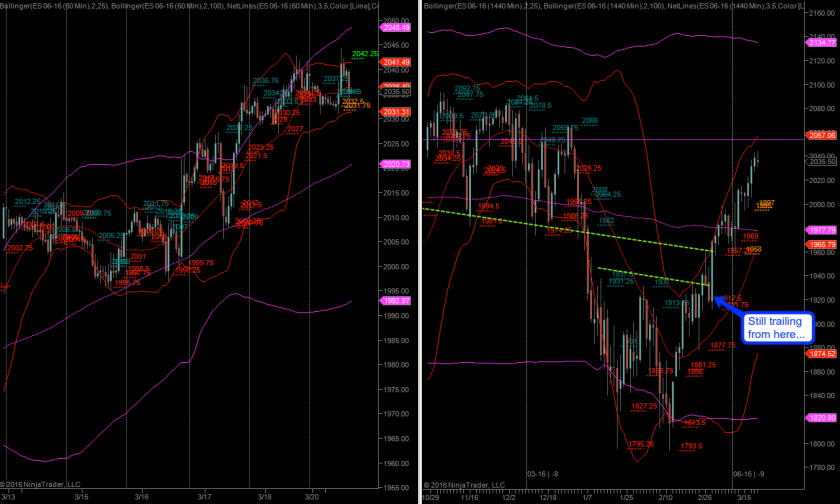 As you can imagine I have been itching to throw myself back into the swing of things. In my absence the legendary ‘Mole Put’ seems to have finally been put to rest as equities have happily continued their advance higher. Sorry guys, I would have loved to get paid to travel but it seems that this racket has already been cornered by Rick Steves. Plus we all know that my travel reports would most likely come out a bit less PG-13 due to decades of excessive moral corruption.

Anyway, fortunately my spoos long campaign is doing well and hasn’t required much meddling except that I flipped it to the June contract about a week ago. However that sweet ride may soon come to a quick end… 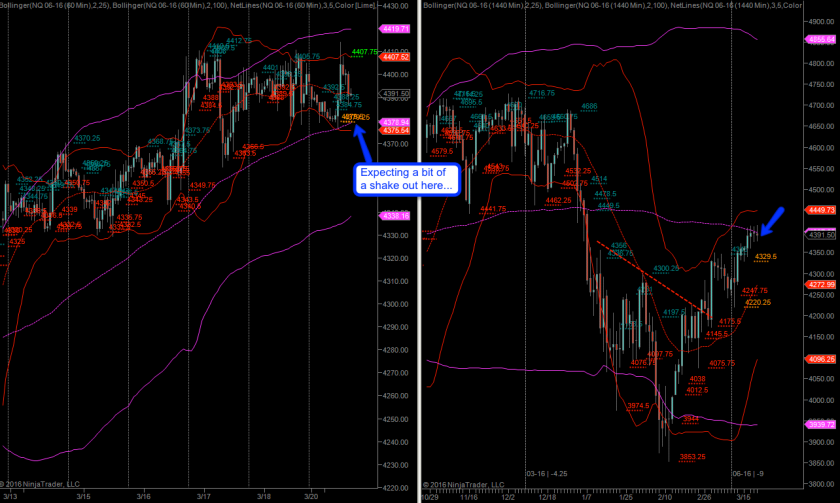 Reason being is that the NQ is pushing into daily resistance and although it’s been a while since we touched the 100-day SMA I think this is a good opportunity for some monkey business. 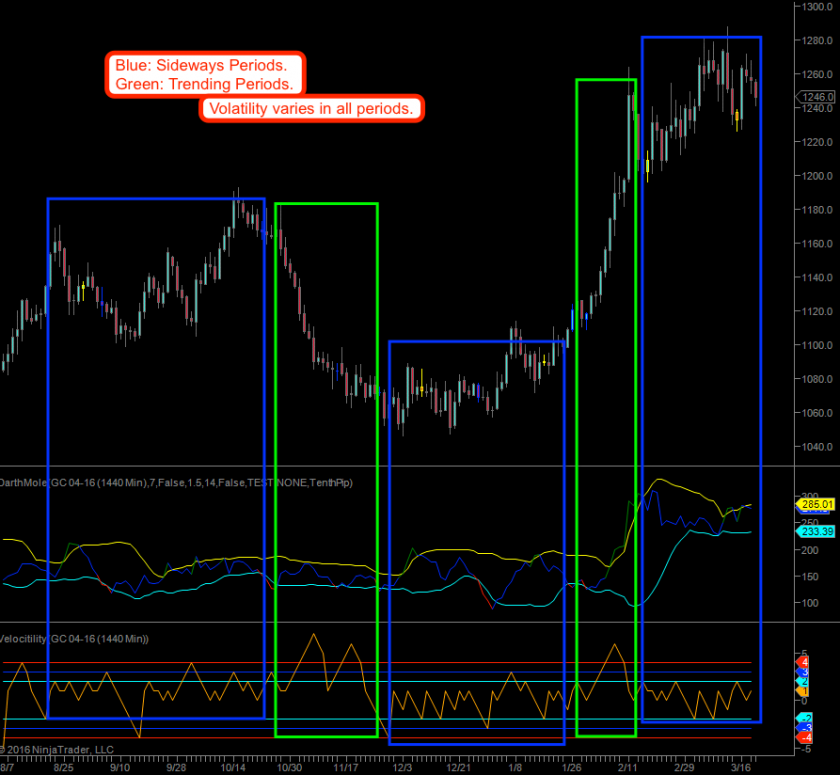 I looked at gold today and noticed something interesting. We all know that each symbol has it’s own characteristics in terms of volatility, trending behavior, participation, seasonality, alpha/beta etc. Some of that is related to the type of market participants that trade, some of it is fundamental, and some of it is inherent (e.g. whether it’s an ETF/ETN, futures, forex, stocks, bonds).

It seems to me that gold in particular is going through distinct alternating phases: We have sideways periods in which we get swings of varying magnitude – those are great for swing traders who are good at assessing short term momentum. After that we often see pretty pronounced trending periods in which both opposing shorts and longs are being squeezed to the max. As you can see we are currently in a sideways period and based on the volatility profile it may be a while until we see trending behavior again. 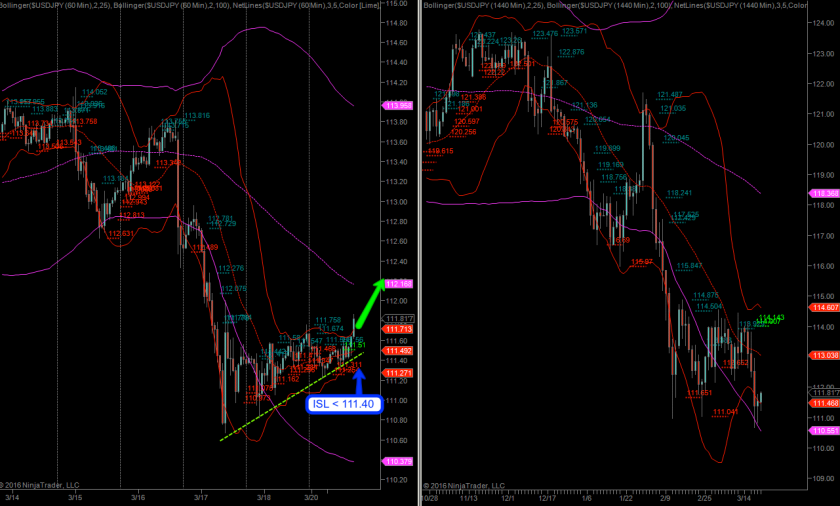 Alright, let’s do some setups. The USD/JPY is a long for me here as I love the daily panel and it appears that the hourly is trying to produce a floor. Yes, I am aware that this looks way too good to be true, so I’m keeping my position size small. Early days… 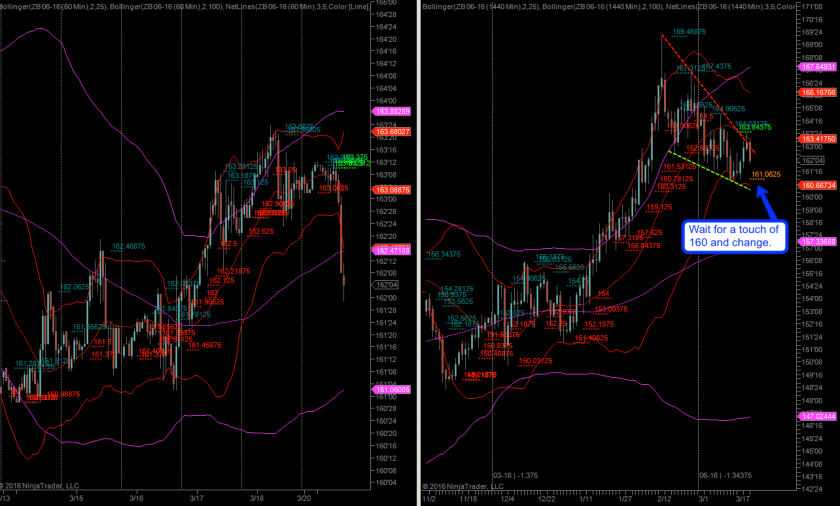 Bonds – wow – what a sell off today and I’m eagerly anticipating a touch of the 160 plus change region so that we can consider taking out a long position. Actually it wouldn’t be unusual to see 160 being tested as there’s almost always a fake out before it decides on a direction.

More below the fold for my intrepid (and most patient) subs:

Yesterday marked the beginning of spring, those annoying Las Fallas are over, and temperatures are on the rise across the Norther hemisphere. I’m feeling pumped and look forward to plenty of laughs and flashing gren in our trading accounts throughout the coming quarter. Hope to see constructive discourse and a plethora of charting action in the comment section. Let’s bank some coin, people!!