Revenge Of The Euro Trash 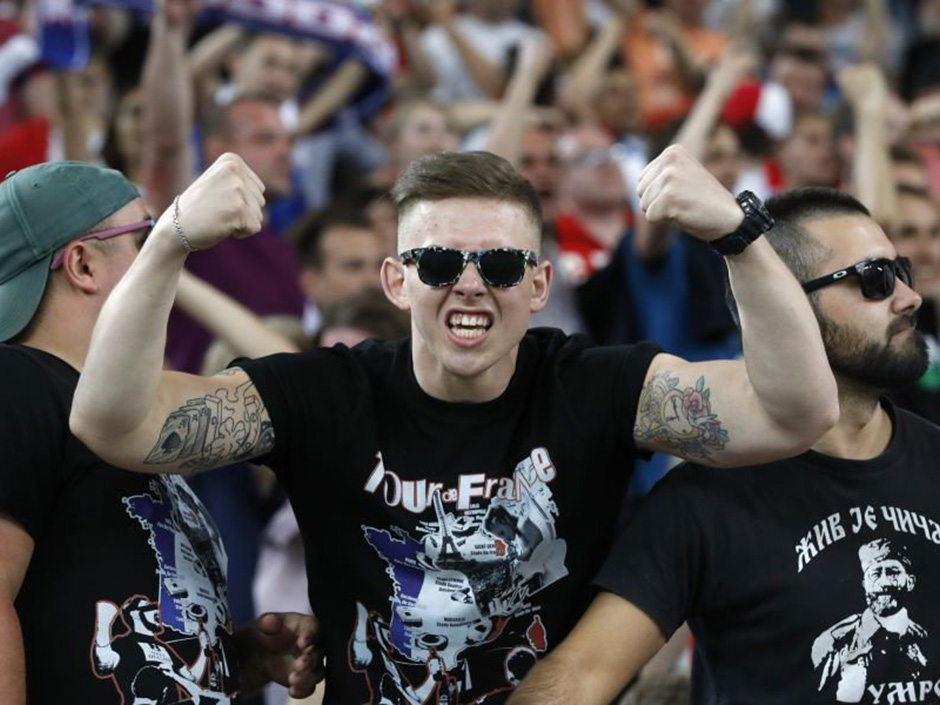 This post is best enjoyed whilst listening to some vapid annoying Euro trance playing at full blast.*

So the bloody EUR/USD is doing exactly what I feared it would do last week: break out of its previous sideways churn range and burn any remaining Euro shorts to a smoking crisp.

Lucky enough in anticipation I spent much of the weekend… well… pulling out cash and spending money online on gear that is. Bought myself a bunch of photo/video equipment which I intend to use in creative ways (ahem) in the near future.

No worries – no nudity will be involved. Hey you should be so lucky! 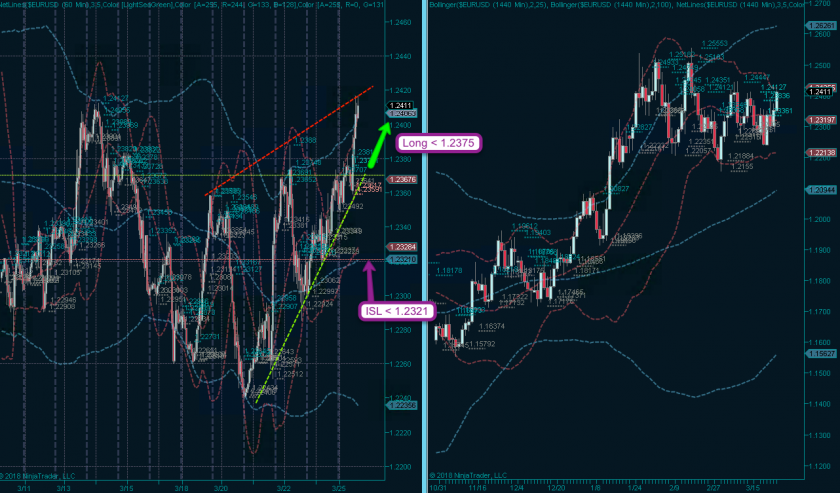 Unfortunately I spent way too much time on my Friday momo update and I wound up snoozing that spike low near 1.233. Which means I am now condemned to watch the bus speed off hoping that I’ll get a retest near 1.2375 which quite frankly has low odds but if we get it – I will take it! 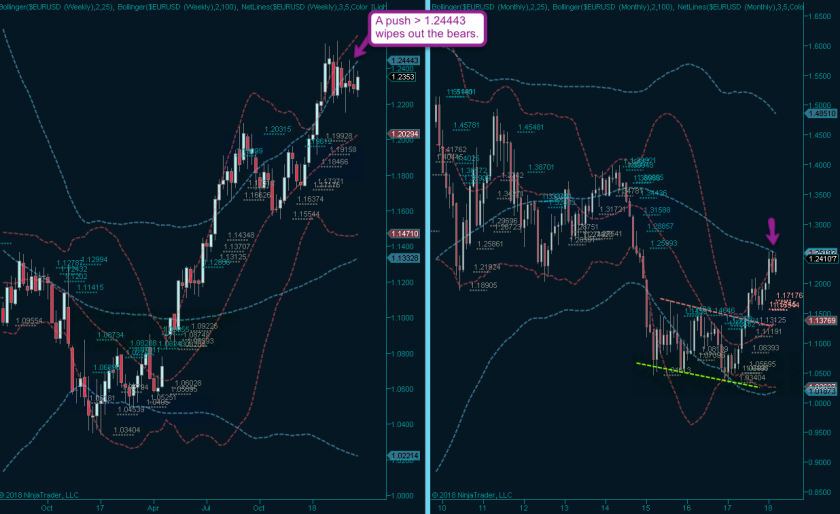 Don’t ask me what’s feeding all that Euro strength and I live here! Well more seriously speaking: a trend in currencies has a tendency to sustain itself way beyond anyone’s imagination.

Which makes medium term currency strategies a profitable undertaking. And this one is almost textbook and unless the EUR makes a u-turn today or tomorrow we are looking at 1.35 or even 1.4. 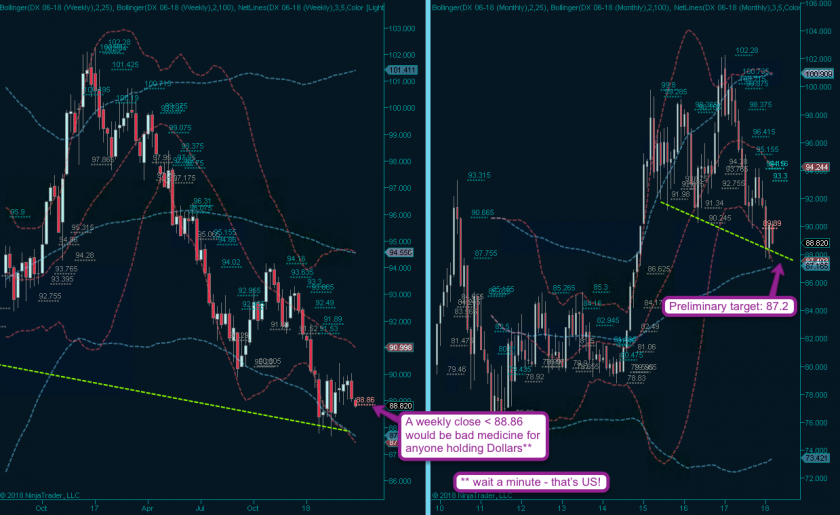 Meanwhile at the receiving end of the action the USD is looking like it’s ready to puke all over itself.

A breach < 88.86 would be very mad medicine for anyone earning or holding Dollars.

Damn it – that’s me… I better go shopping today… 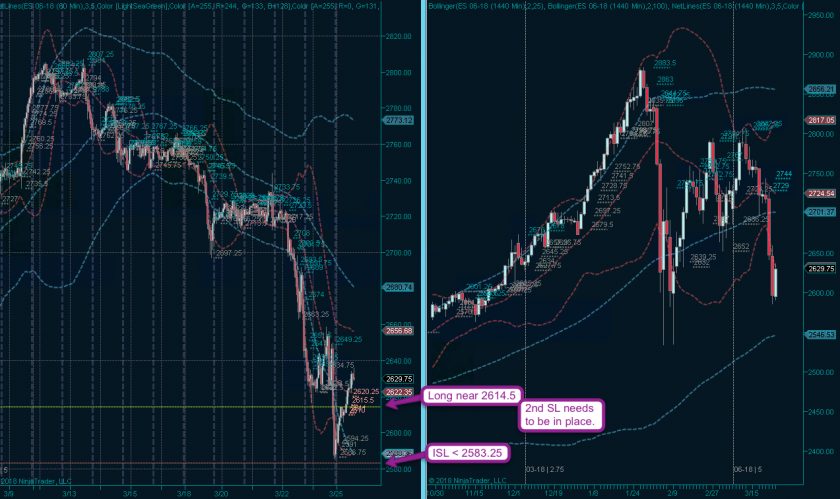 The E-Mini seems to be ready for a dead cat bounce ** – I’m skeptical here and would wait for 2614.5 for a long position.

And that ONLY if a spike low is in place, the Zero is ticking positive (you ARE a sub – aren’t you?). 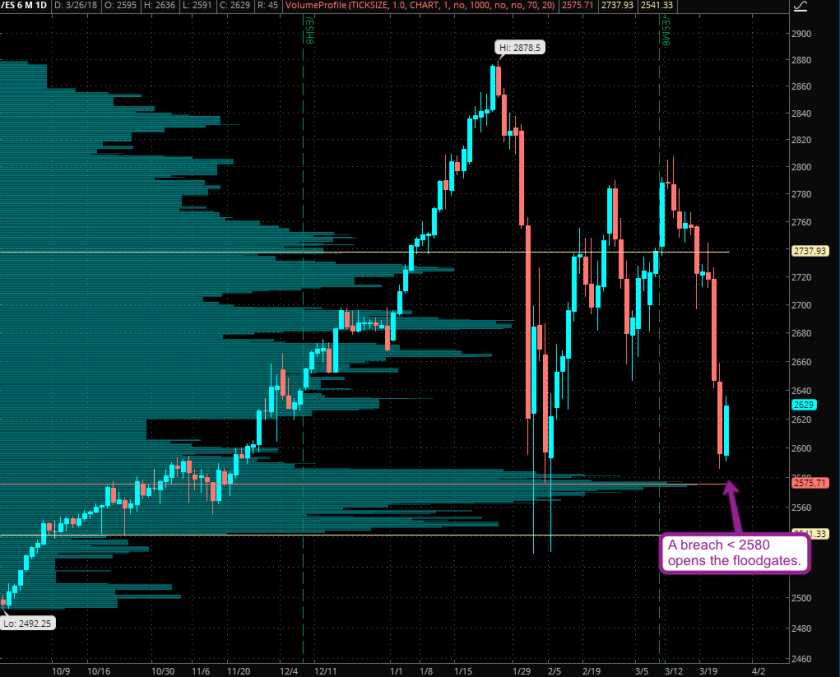 Now a breach < the volume hole threshold near 2580 opens the floodgates. And that would probably mean a drop all the way through 2550 and most likely much lower. 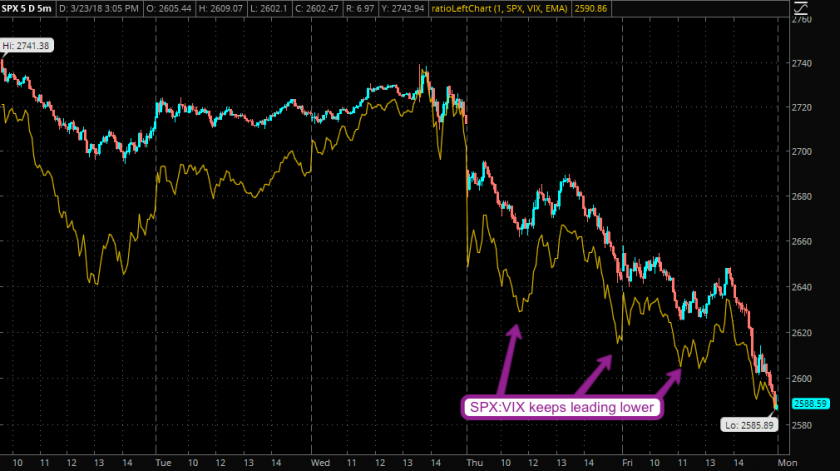 I don’t think I ruined your Monday sufficiently just yet so here’s the SPX:VIX ratio chart. It’s leading lower, yessiree – not looking good here folks but that’s from last Friday.

It’s a brand new week and the current bounce may lead higher. But in general things are looking dire on a medium term basis. See last Friday’s post for more details. 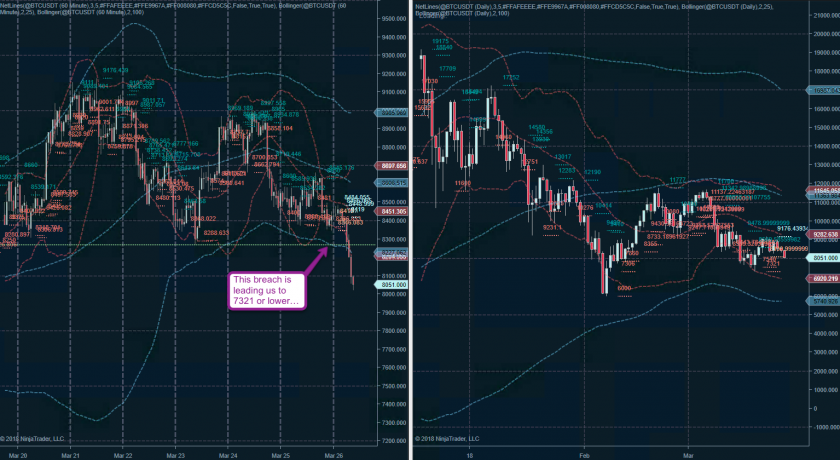 Bitcoin continues to be stomped on and life for crypto traders in general has been hellish over the past few months.

The current breach < 8288 is probably going to lead us lower toward 7321 and beyond. On a medium term basis it’s tough to make any predictions as selling pressure is present but seems to be subsiding.

However given all the recent media ban announcements buyers aren’t ready to step in with force fearing yet another shoe or two to drop over the coming weeks. 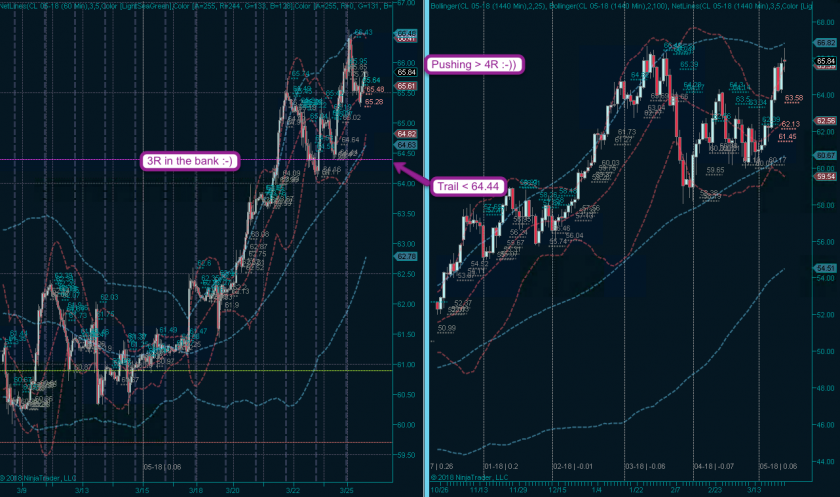 Quick update on our crude campaign. It’s kicking ass and taking numbers and I really hope you managed to grab a piece of that action.

Pushing my trail to 3R now and hopefully there’s more to come. This one is quickly turning into the winner of the month.

* They’re playing this crap non-stop at my gym – it kills me.
** No cats have been injured or emotionally traumatized in the production of this post.