Revenge Of The Spoos 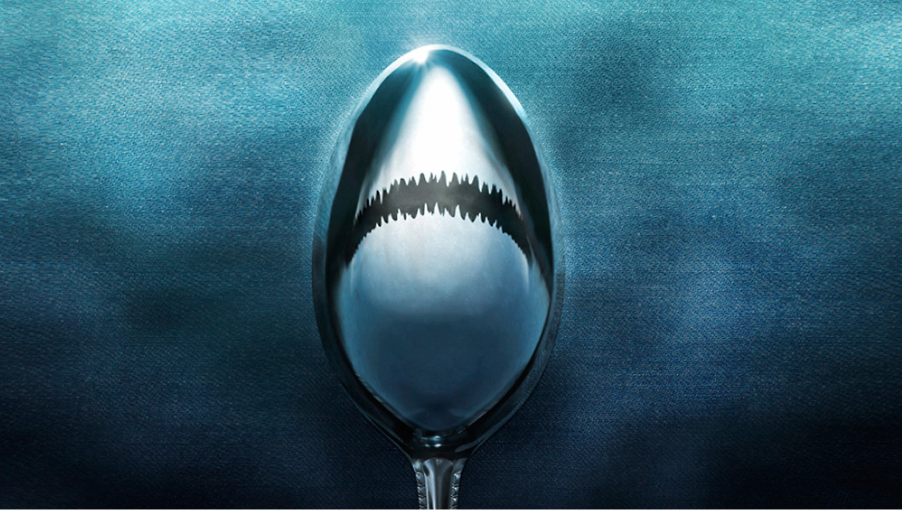 I can’t believe we just rolled over into the September  contract. How time flies, before we know it we’ll be shopping for Christmas presents again. Perhaps I need a vacation or something but it seems to me that, as you get older, the days just fly by. People say stress kills you. Screw that – I can handle 14 hours of stress every day with one hand tied behind my back as long as I get to hit the gym for an hour (with both hands naturally).

No it’s the routine that kills – no matter how fancy your life and how much money there is in your bank account. That golden cage you’re building yourself, that is the one that’ll get you in the end. It’s not what kills you – it’s the process of maintaining your status quo that robs you of time – the most valuable commodity of them all. Too bad we can’t that that. Oh never mind – we actually can – see time value when it comes to options 😉

Okay, so here’s a little tidbit for you youngsters: You often see me use the term ‘spoos’ here and some of you may wonder where it comes from. Well, look no further than the September contract the E-Mini just rolled into. The word originated in the XMI pit on the America Stock Exchange (AMEX) in New York and refers to the symbol for the September contract: “SPU”. Even though the name is based on the September contract symbol, the term is used to describe contracts of all expiries. When somebody speaks of the spoo, they are referring to the current, most active month trading. Yes, it’s silly to have a nickname for a contract but there are traditions inherent in all aspects of life – so deal with it! 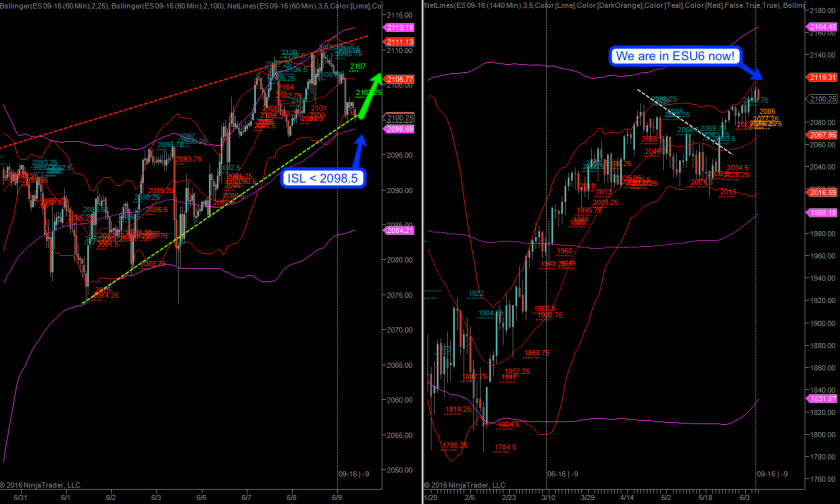 Speaking of which the roll over always mixes up my lens on the continuous contract – I’m plotting the September futures for the next few days. It’s not perfect either as the back datea is merged but it’s better than a kick in the shin. Looks like we may have a long opportunity here for the next hour or so which is why I’m posting this early. My stop is below 2098.5 – anywhere below that and we risk a more pronounced slide lower.

So flipping for a short below the 2100 mark is plan B so to say BUT it would have to happen during the session so that I can glance a bit more context from the Zero indicator. Traps galore lately and entries need to be well evaluated with odds being clearly in our favor – i.e. we are near inflection points with sentiment pointing in one direction.