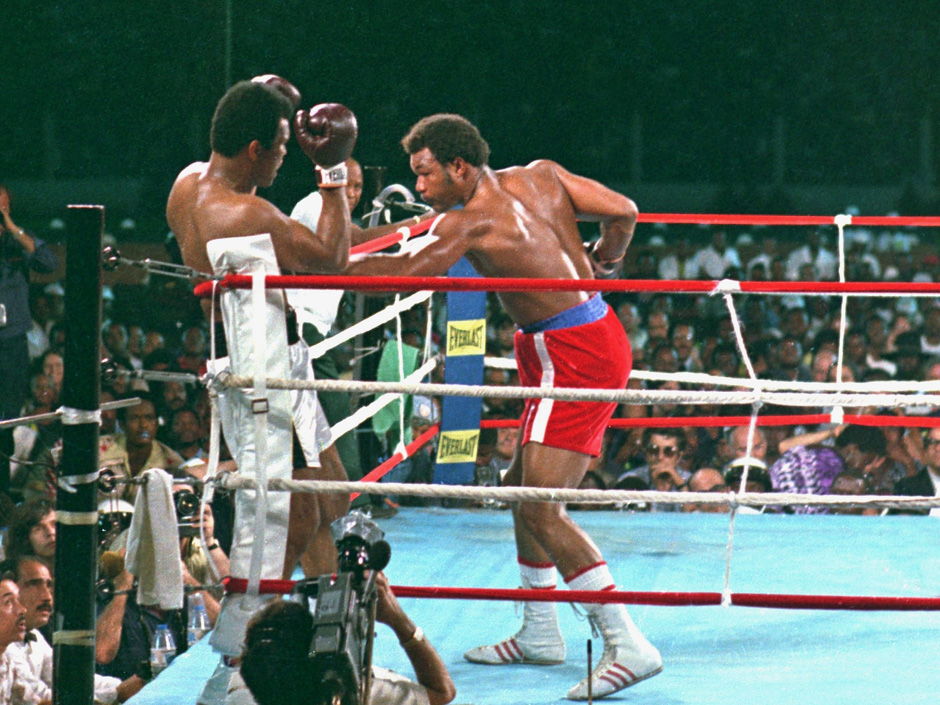 Imagine my surprise when equities melted higher throughout yesterday’s session, then sold off most of it in the last 30 minutes, only to gain it all back overnight? No you’re right – it wasn’t much of a surprise, especially after the big players showed their hands late last week by seeding the financial MSM with bearish opinion pieces. That’s how the game is being played – and it’s got a name: the good ole’ rope-a-dope. 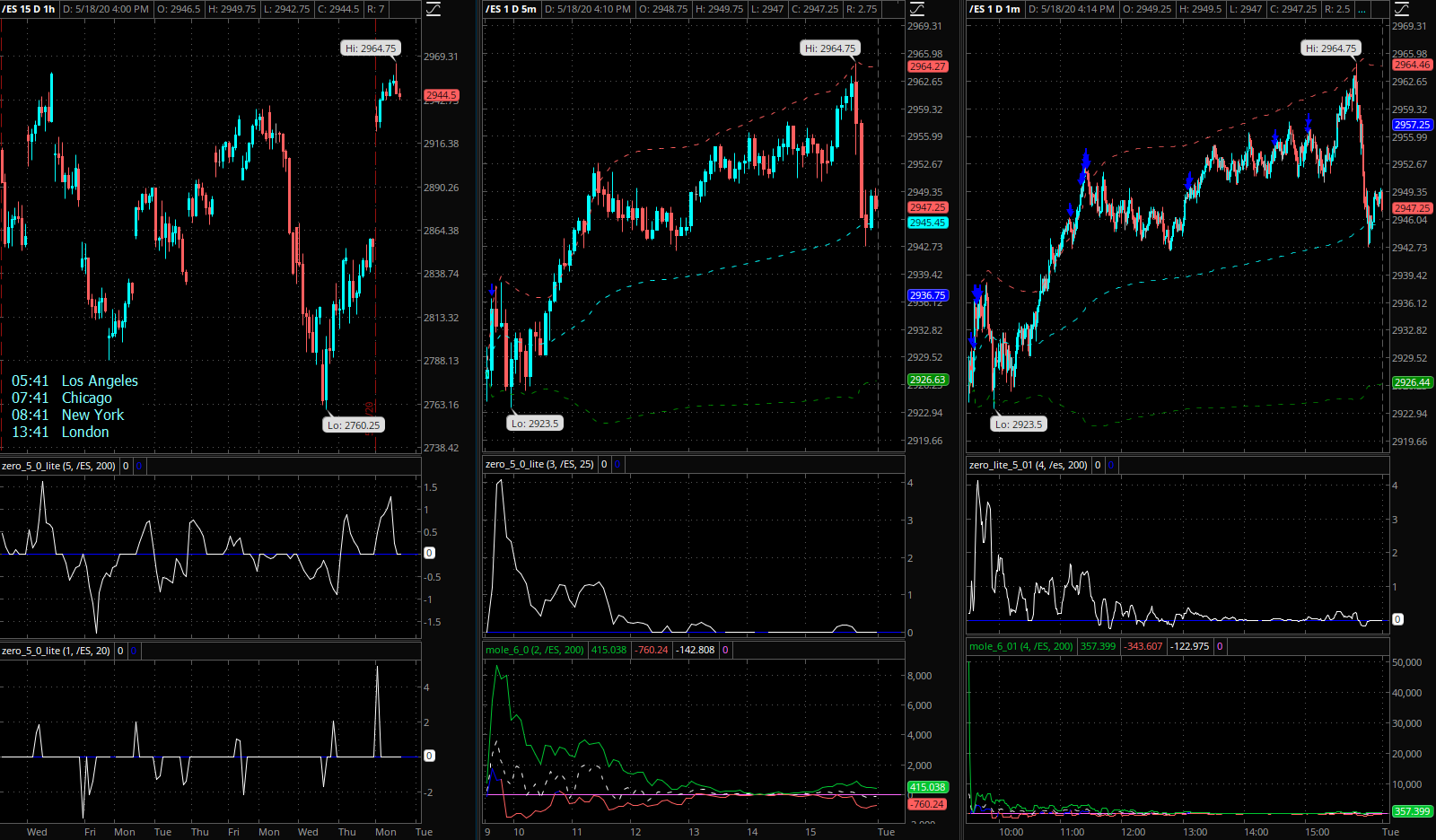 Shown above you is the Zero indicator, which if you were wise enough to buy a subscription, should have given you enough clues to not step in front of this speeding freight train. 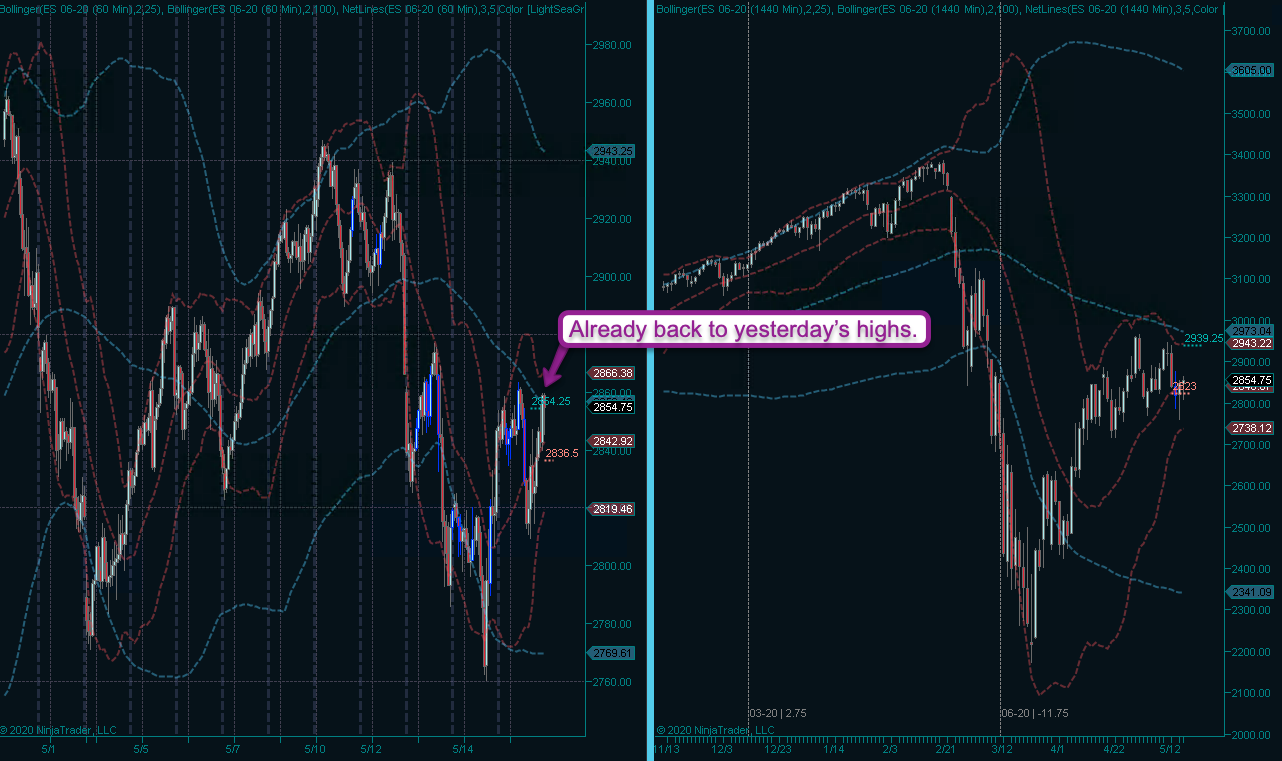 The sudden sell-off in the last hour came out of nowhere and clearly was bot driven, so once again I wasn’t surprised to see it all recover overnight. 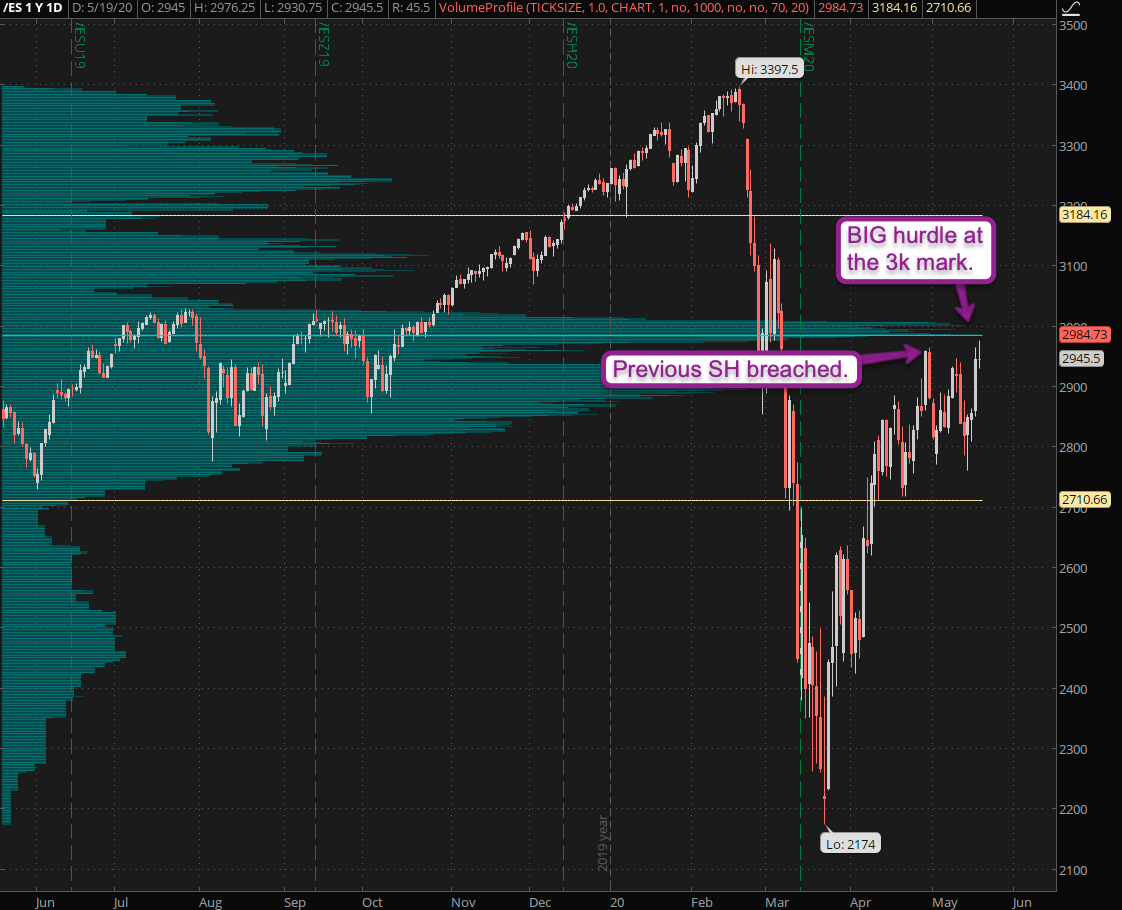 But now let’s talk about where we are and where we may be heading next. What the bulls got going for themselves at this point is a spike high breach which may afford them enough mojo to make it above the big bad SPX 3k mark.

If that can be accomplished by the EOS Friday then I expect a run higher, followed by a retest of SPX 3k, followed by yet another push higher. 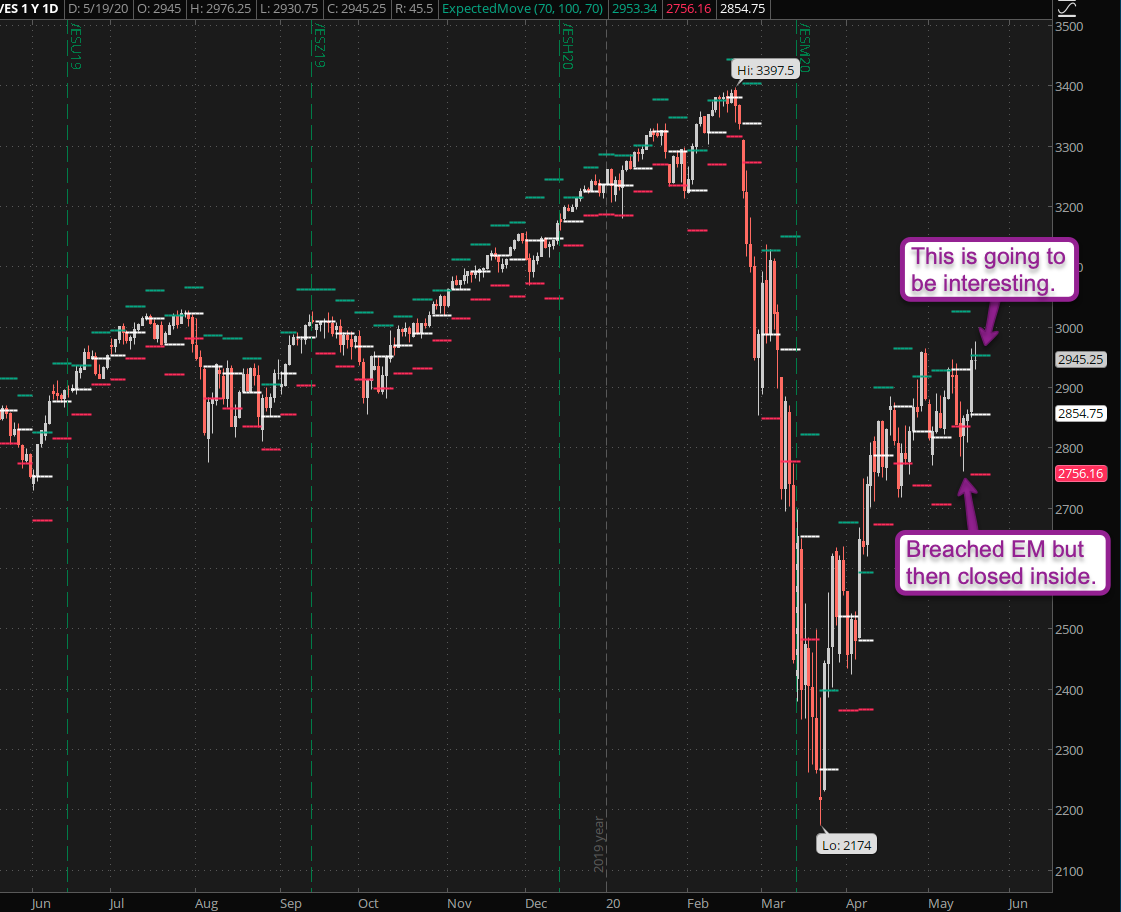 I mentioned the rope-a-dope and it’s really a fitting analogy and I’ll tell you why. See how last week the weekly expected move was breached but then we recovered back inside? Tony ran a ton of statistics on that on hundreds of issues over the past five years.

Turns out that this actually happens roughly 68% of the time – both on the up and down side in high, medium, and low volatility environments, indicating that as a whole options are priced to perfection. Max efficiency – yes sirrreee – despite all the silly tinfoil hat nonsense the financial MSM is carpet bombing you with on a daily basis.

Now what happens NEXT really depends on how we close this week. If prices remain above the upper EM for this week by Friday afternoon then the bulls may have a solid chance to heave this limping donkey of a market across the 3k mark and beyond. If not then we’ll mostly rot in whipsaw hell all through summer. Not an appetizing proposition. 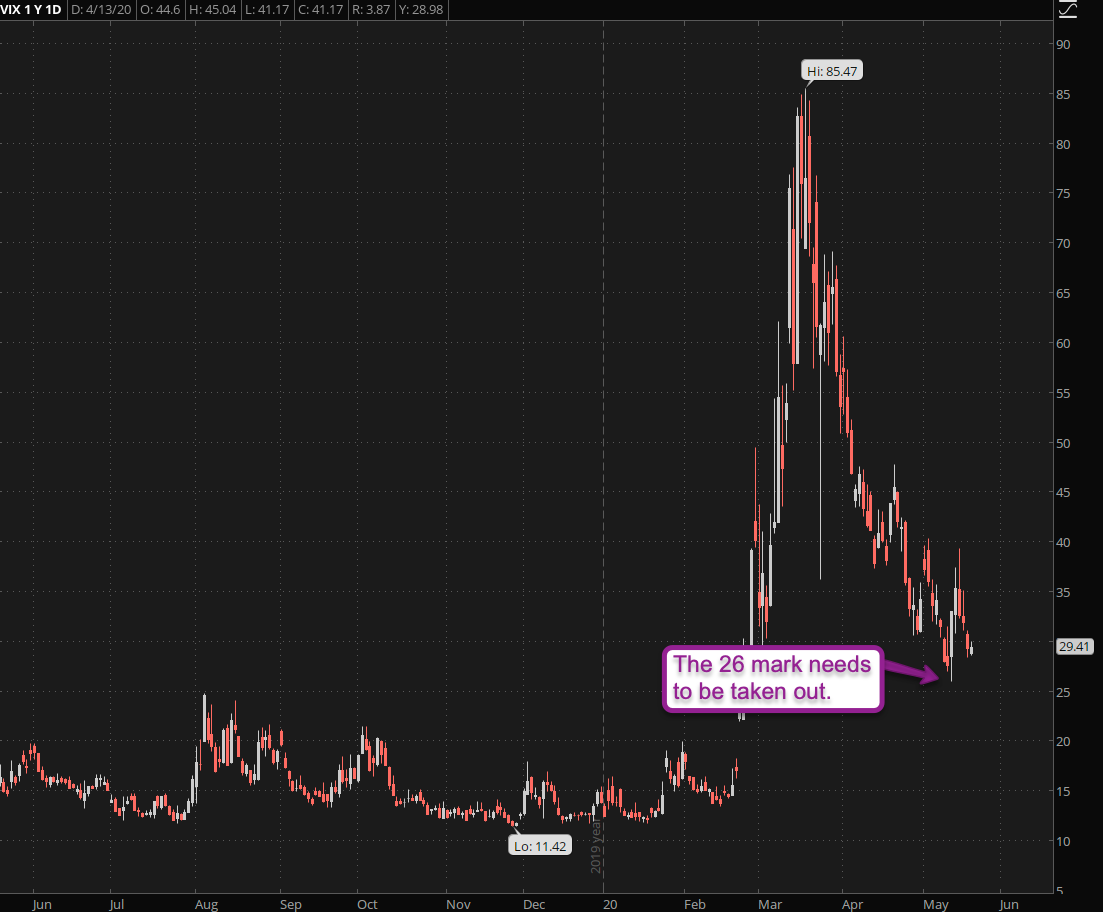 Another key measure we need to keep an eye on is the VIX which – if only for appearances – needs to make it below the 25 mark. Nothing really exciting happens for the bulls unless we dip back into medium IV ranges (spanning between VIX 15 to 20).

More market analysis and teutonic humor below the fold for my intrepid subs: