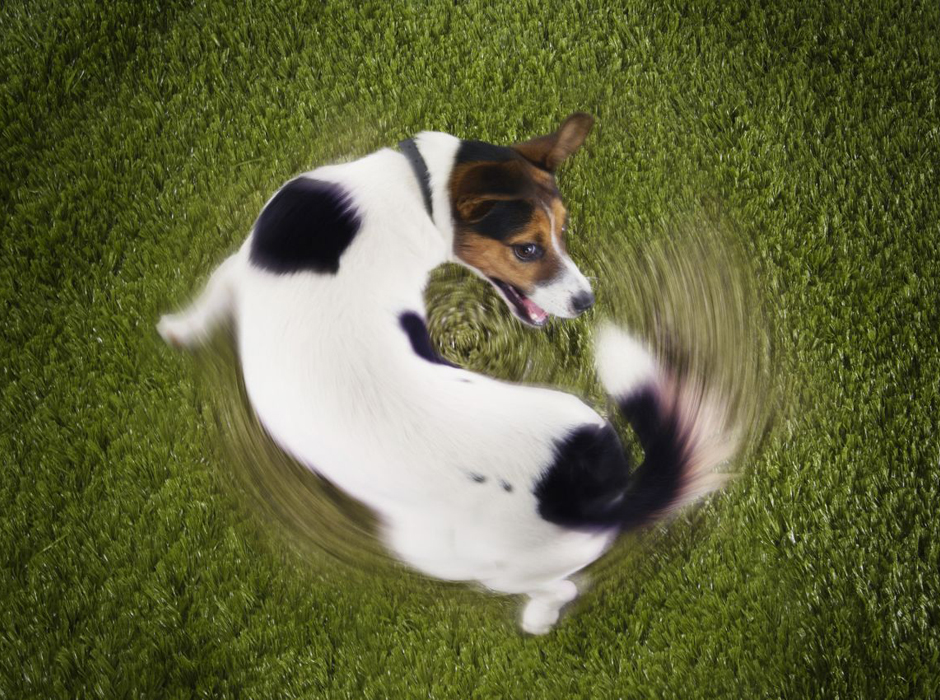 The relentless advance in equities over the past few weeks/months may have distracted us from the fact that several key markets have continued to run in circles. Attempting to take break-out entries in highly volatile sideways conditions can quickly turn into a sequence of losses. Of course the realization of this is usually only clear in hindsight as regime change is difficult to anticipate. 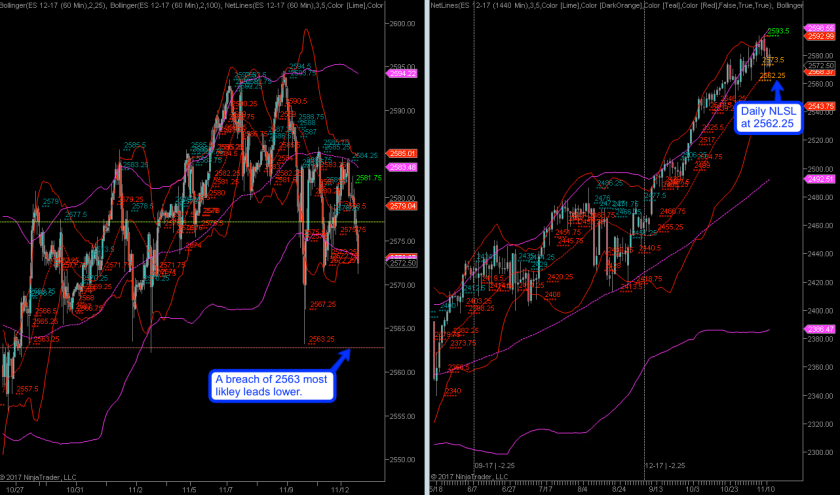 It however seems increasingly likely that equities may either join the fray and start pushing sideways for a while, or not waste time and launch a much overdue correction. The lottery ticket I placed last Friday, while still in play, is quickly starting to lose its luster. A stop out and ensuing breach of ES 2563 and a drop through the daily NLSL just a few ticks lower will most likely lead us back to 2540 (the lower 25-day BB) at minimum. 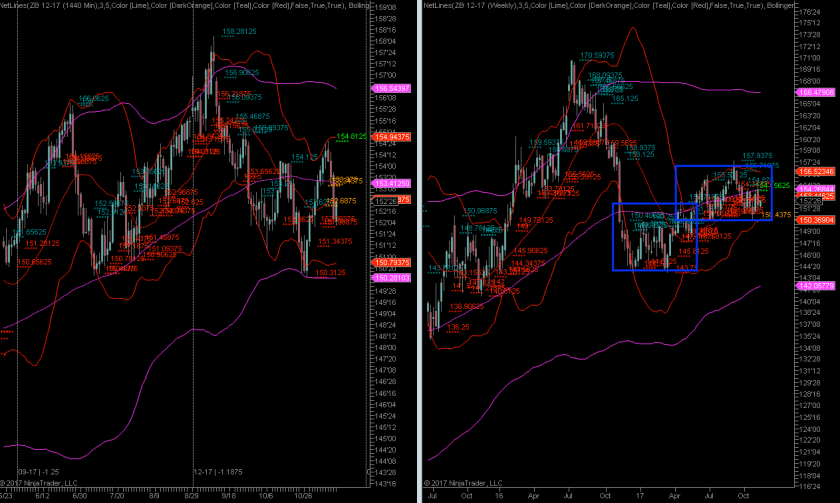 Bonds have been basically stuck in sideways mode for over a year now, thanks in part to a never ending series of contradicting statements issued by the Federal Reserve. One of these days it’s going to pick a direction and run like hell. In the interim I suggest to only take the most delicious looking dips, preferably near the 100-day SMA (which is now beginning to plot sideways). 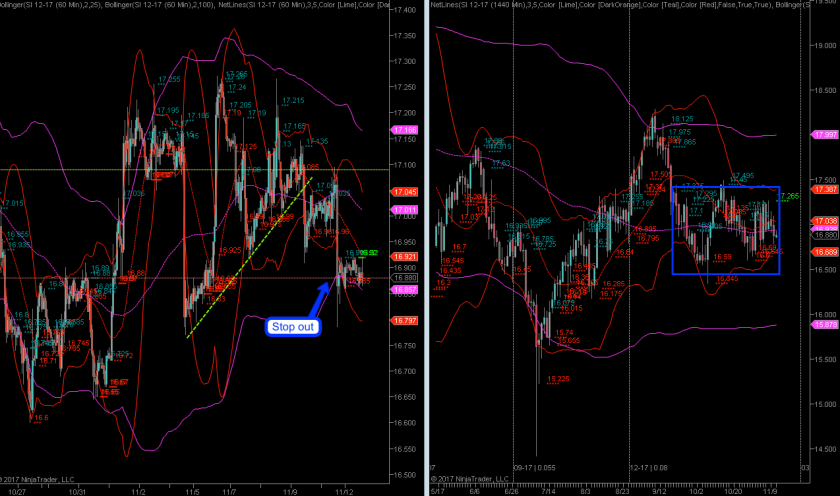 Silver was a lot of fun until October after which it curled up and just stretched out along its 100-day SMA. That entry last week looked like it was ready to rip but unfortunately it once more turned on a dime and stopped us out. 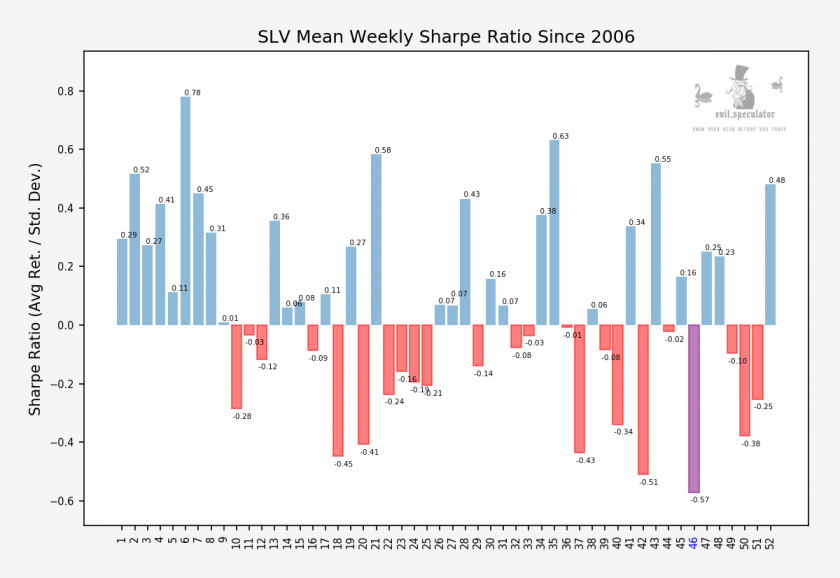 The coming weeks are a bit tricky for precious metals in general. We may see a bit of upside next week and the one thereafter, but unless you’re trading near NYE December is not looking promising for long positions. 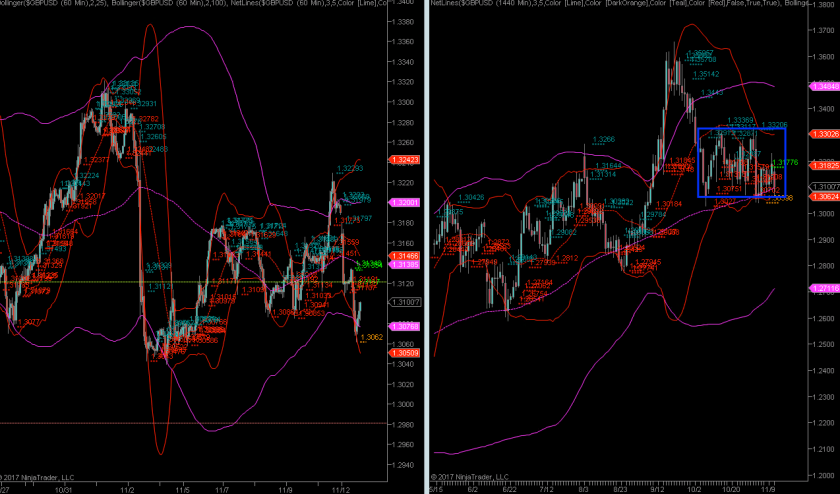 Alright on the Forex side we’ve got everyone’s bitch boy, the GBP/USD, which basically swings wildly based on every single BREXIT related news, most of which is highly speculative and even continues to confuse the people in charge of negotiating the exit conditions. Plenty of fuel for machinations and thus unless we’ll see a very solid looking setup we’ll have to refrain. 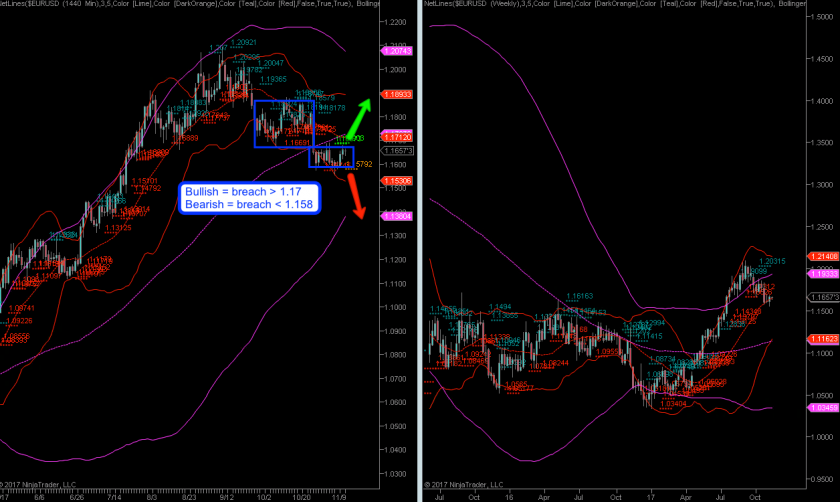 The EUR/USD has been pretty stubborn about giving up any turf, stepping down in two consecutive sideways ranges. At this point it looks to me that we may flatten out here as that 25-day SMA seems to be offering support now. Only a breach of < 1.158 would lead us lower and even then it may take a while as I don’t see any fast candles here. Too many buyers betting on the German economy it seems and the international perception is that Merkel has it in the bag and Europe is heading into a glorious future. They couldn’t be any more wrong but that’s probably a topic for a different blog. 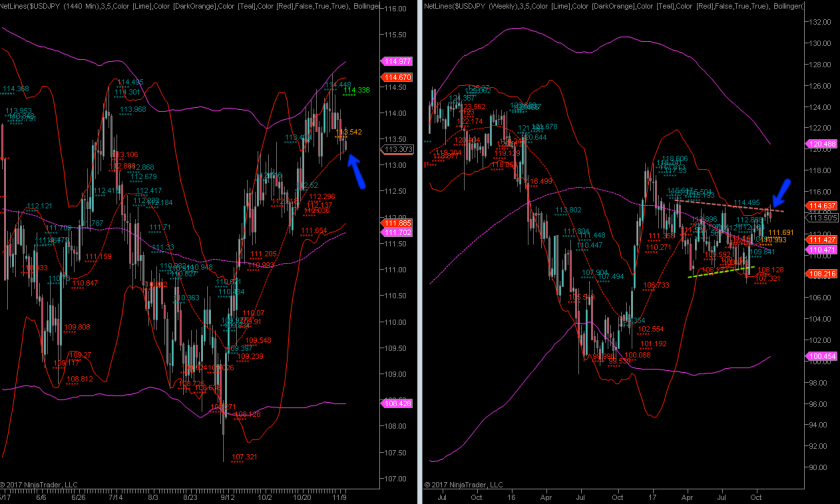 Finally the Yen has been stuck in its own sideways range for the better part of this year with apparently no resolution in sight. Unless we see a breach of 114.50 post haste I’m afraid it’s going to head lower once more, at minimum retesting the 100-day SMA near 110.47. Which may be a good thing as a spike low there would be an entry I’d take any day. Once again low odds of succeeding but if it ever does it’ll burn all the shorts to a crisp.