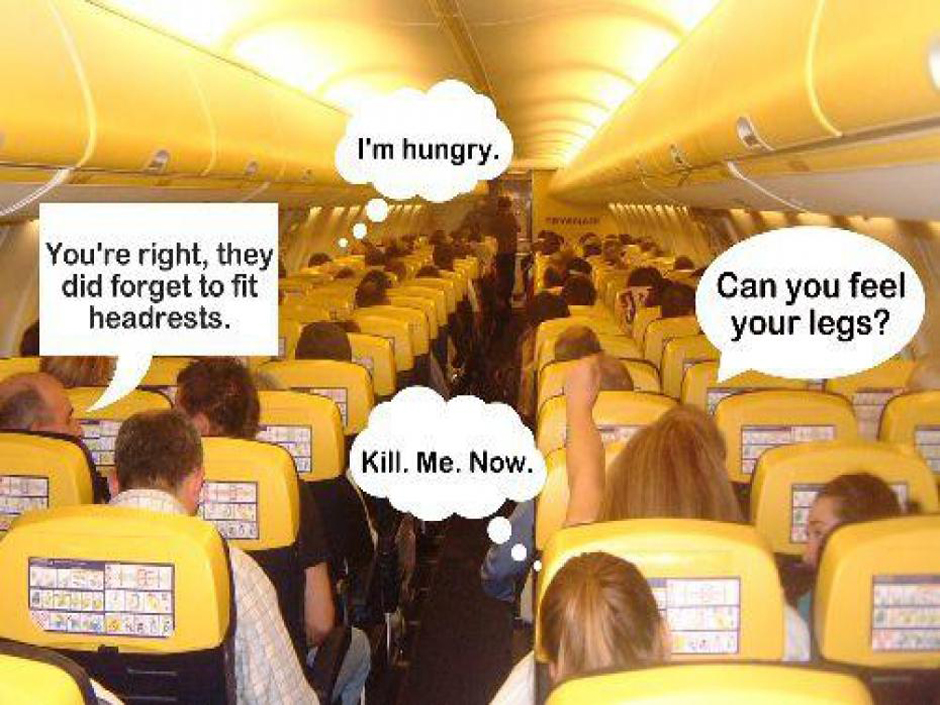 If you’ve ever flown Ryan Air over here in Europe then you may know the long term damage even a short term flight can inflict on your body. And believe me, the six nights we spent sleeping on a creaky old mattress (note to myself: do not ever trust booking.com reviews again) had nothing on the two hours of legalized torture we were subjected to in order to be whisked across the Mediterranean for under €200.

Of course you can add another $100 per head on various up-sells – and boy do they push the up-sells – as well as for the luxury of bringing a suitcase but that’s a story for another day.

Anyway, so as both my wife and I had the disadvantage of being equipped with functional limbs we are both completely and utterly thrashed today. I’ll do my best to give you a general market overview but forgive me if I’m not running on all six cylinders just yet. Coffee… need more coffee… 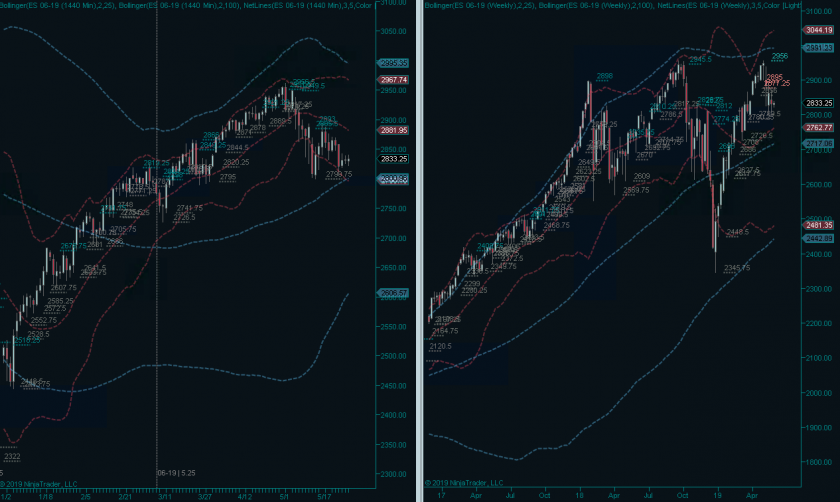 Alright let’s just do a run through the major symbols, starting with the spoos. Clearly I didn’t miss much over the past 10 days and the current formation could go either way as it continues to keep everything in suspension.

As you can see the daily BB on the E-Mini is still rising and a touch of  ES 2800 would be a nice long opportunity. If it fails we are however looking at the possibility of a rather bearish summer as a drop < the 100-hour SMA has the potential to drop us down to around 2700. Crikey… 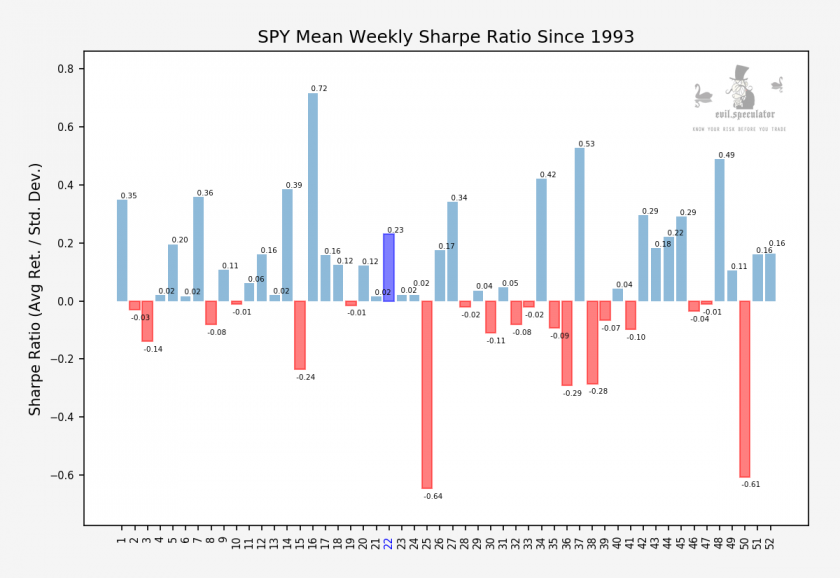 Remember when I announced that we had finally entered a long bullish stretch about six weeks back? Well what we got instead was something else completely, didn’t we now?

Week #22 – which began today – is supposed to be historically bullish with a Sharpe ratio of 0.23. From here on out however things are starting to look a lot more volatile and I’m not sensing any mojo ahead of the seasonal summer trading hole. 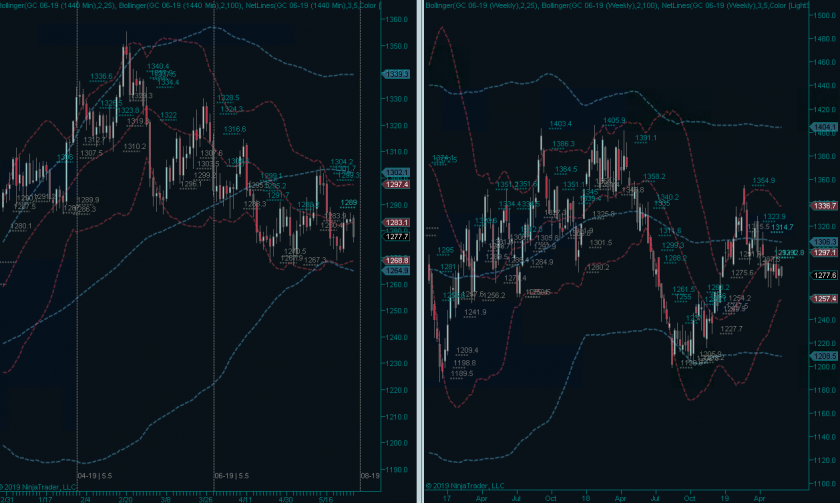 Gold – let’s just agree to forget about gold, shall we? It’s a mess without a trend or a direction right now. 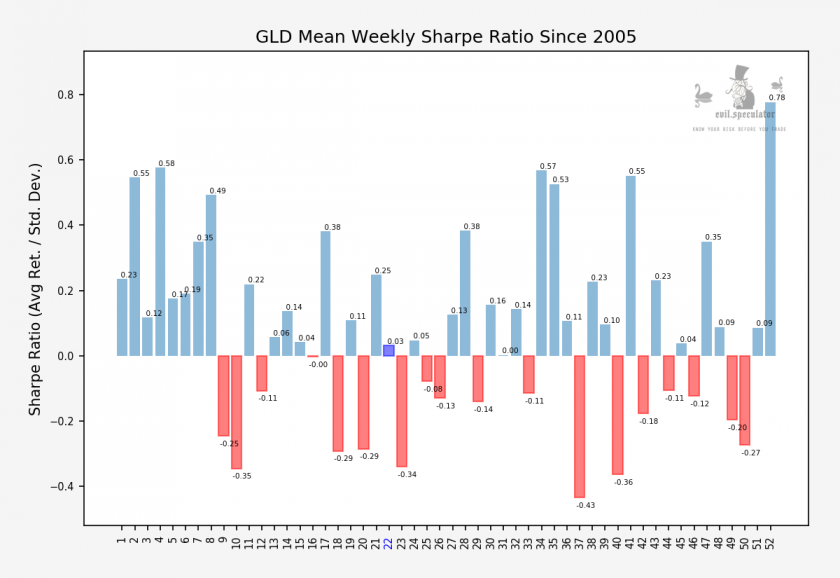 Besides the summer usually isn’t kind to the gold bugs anyway. There may be a play in early fall but until then I’ll just keep rolling my eyes when looking at this chart. 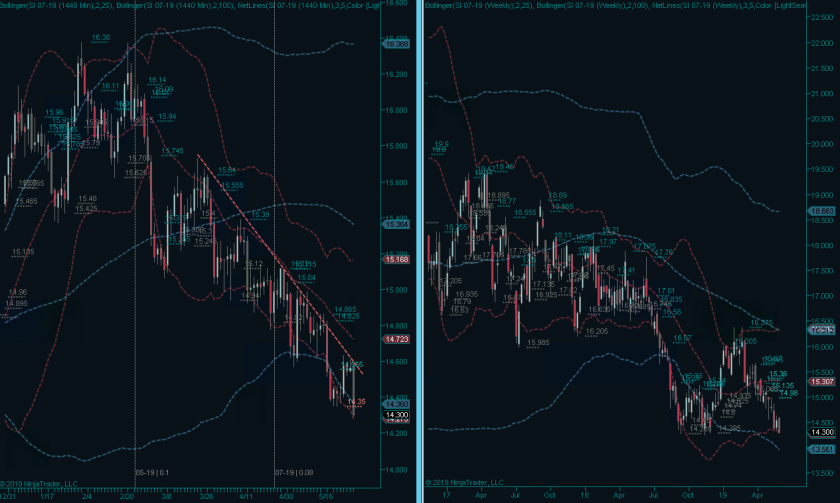 Silver on the other hand may be a nice short play near the falling trendline I’ve plotted on the daily panel. Clearly it’s in a down trend and I would stay away from any long positions right now. 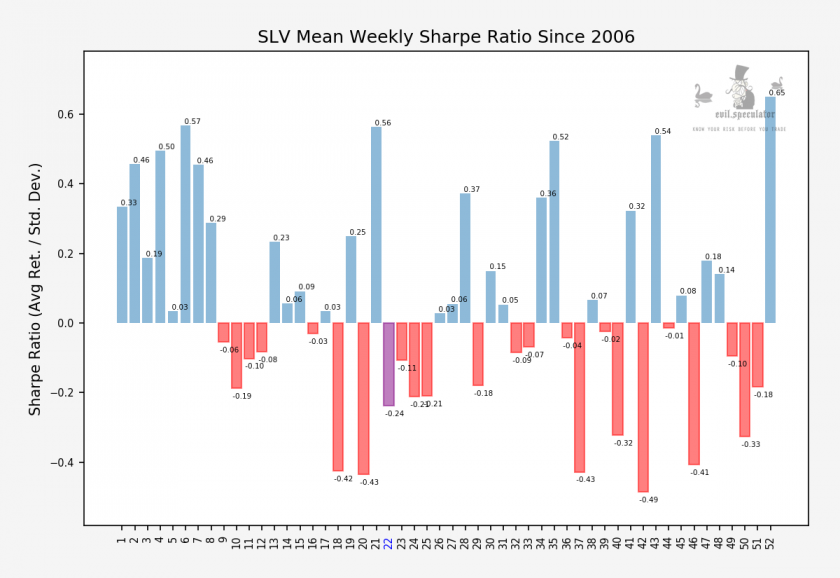 Plus the next four weeks seem historically supportive to anyone bearish on silver.