Santa Is In The Building!

So based on the comment stream it seems that some of you guys are still confused about the meaning of a trend day signal or a lack thereof. Thus let me cover this one last time: It is only a signal based on a 45 min assessment of the NYSE TICK. Doesn’t mean the market cannot take off without it. There is a obviously a difference between a trend day signal and a market that is trending in general. The former you get when you see 90% of positive ticks in the first 45 minutes (or hour – however you measure it) of the NYSE session. The latter you can get anytime when a ton of POMO cash is sloshing around the system day after day. Now, NOT getting that signal does not mean that market won’t run later in the day. I hope that is clear now.

Before we get to equities I’d like to do a little post scriptum on today’s wipe out in silver. It’s important we do these things so that everyone is intimately familiar with how we do things here in the evil lair. If you are a sub then you probably recall yesterday’s setup:

I still think silver is looking very interesting here. Either daily and weekly support holds up and we push higher or we trigger a stacked sell signal, which would be equally profitable. The key seems in what happens here on the short term side. You can play that 25-hour SMA for your entries – to the up or downside

This morning via an email to all my subs I followed up with this chart: 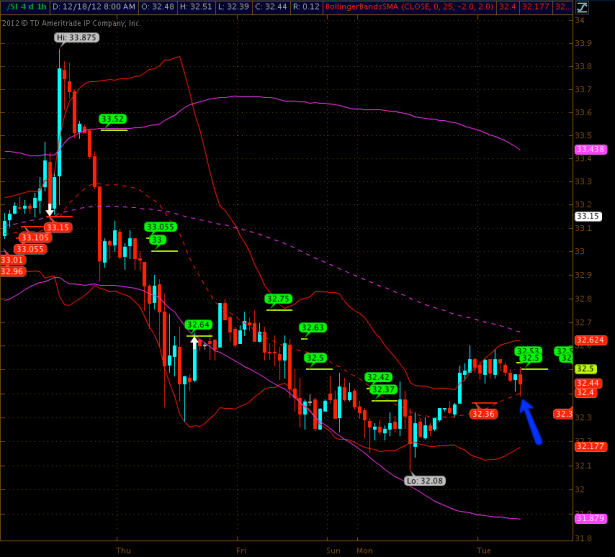 Looks like silver is sitting at its 25-hour SMA again – please see the enclosed chart. There is a NLBL above, which may be a more reliable entry – it’ll most likely also force a direction.

Emphasis on the last part of that sentence – there is a reason why I say these things. Now if you have been here for more than a week then you know how homey usually plays these setups. A breach above the NLBL would have been a solid long. But as soon as the 25-hour gave way this immediately turned into failed break out and thus a potential short setup: 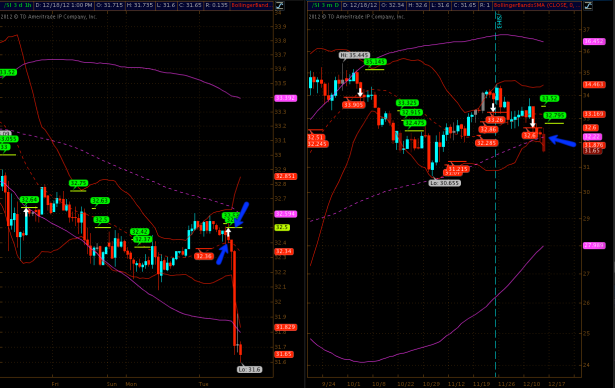 And here’s what happened in the past few hours  – silver fell off the plate and is now trading below its 100-day SMA. Of course we had no way of knowing but if you took the setup then you just banked some mighty coin. Now, if we are lucky then we may get a last kiss goodbye before it embarks on its final journey through the valley of death. But if you are familiar with the simple entry rules that we take here day after day after day then the breach of the 25-hour SMA was your signal to take on a short position and you would be already positioned comfortably. 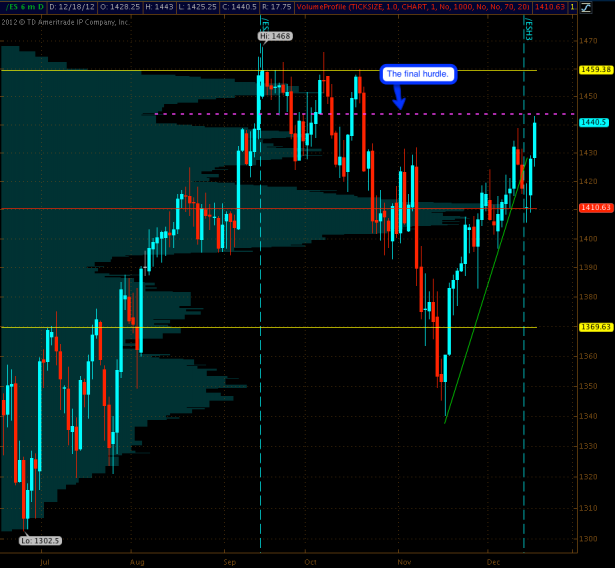 Santa is finally in the building! Today’s spike (whatever caused it – I really don’t care) now pushed us to the final hurdle – the 1440 volume hold which I covered over a week ago. As you can see we stabbed higher and fell back almost exactly at the low point of the volume hole. Which answers the question as to why I use this chart in the first place. If equities manage to lift higher and into 1450 then we will probably paint new highs before the year is over. 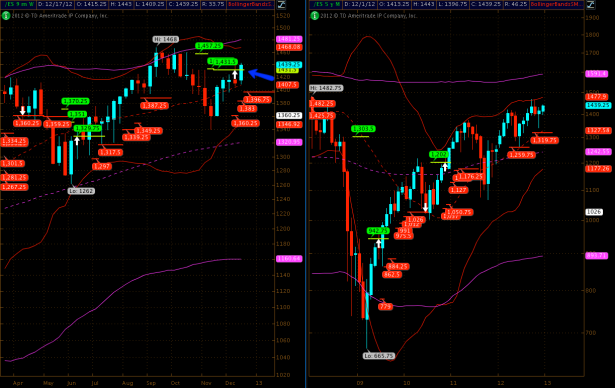 And if we complete the week above this NLBL then we have an official weekly long signal. Which has me a bit conflicted as I am seeing some cracks on the long term side. However, anything can happen during the final two weeks of the year and I am not about to start arguing with price, which as we all know is our final arbiter of truth. 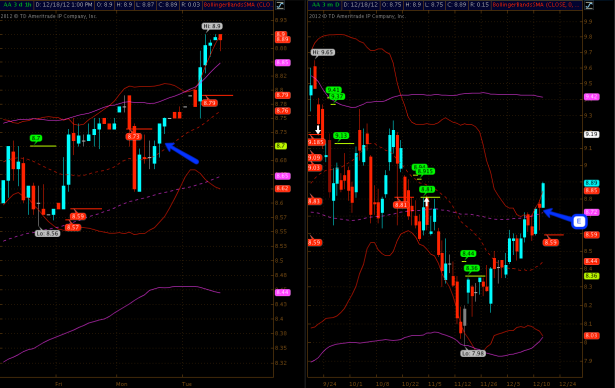 I hope some of you grabbed Alcoa yesterday as it really took off nicely today. CCJ is also looking good but hasn’t punched higher just yet. If it keeps going it may lift over the 25-week SMA, and that’s a long term buy signal.

I have two potential long term setups for you FX aficionados – they could carry us through much of 2013:
[amprotect=nonmember] More charts and non-biased commentary below for anyone donning a secret decoder ring. If you are interested in becoming a Gold member then don’t waste time and sign up here. And if you are a Zero or Geronimo subscriber it includes access to all Gold posts, so you actually get double the bang for your buck.
[/amprotect] [amprotect=1,13,9,12,5] 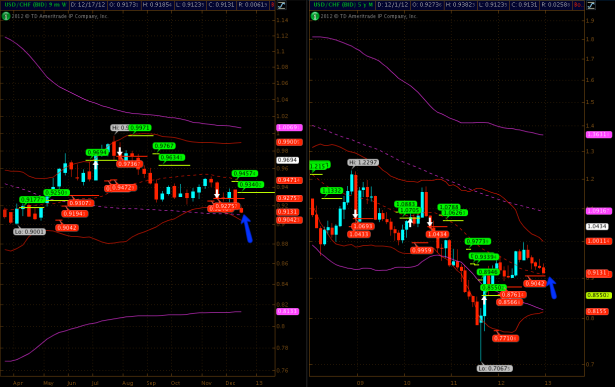 USD/CHF – now approaching weekly support and we should pay attention. It’s been dancing above it all year so a long setup is less exciting, in particular given the weekly NLBL that’ll keep us company into January. However should we slide lower and perhaps slip by that monthly NLSL that’s about to expire then things could really gain traction and trigger a massive sell off. Now is it possible that the BNS will interfere? Possible – yes – but I think we may be okay into 0.8. 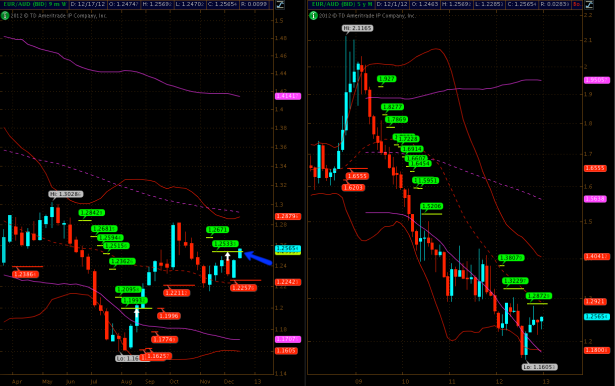 But my favorite is the EUR/AUD – boy has it taken it up the rectum over the past few years, just look at that monthly panel. It’s been a trooper in recent months however and just maybe we have ourselves a floor pattern here. That push through the weekly NLBL is certainly a good start, so let’s see if it can finish the week above. If it does then it’s a good long with a stop below. By the time we reach that monthly NLBL it should have expired, which is certainly helpful.