In the past few months we’ve had our share of trolls but in the past two days some of the posters here have turned extremely hostile and nasty. If you didn’t see those posts it is because I wound up removing several of them but if you’re curious there are still plenty left in the two previous threads. I actually wound up blocking three obvious trolls here today after not having done so for weeks now. One jokster (who is now permanently banned) actually accused me of a pump and dump scheme. Me – the one man who’s mission it has been from the getgo to empower the retail trader and to call out and perhaps defeat the very same gnomes who have been robbing you blind for the past six months. The genesis of Geronimo and the Zero have been two small but effective steps toward that goal. 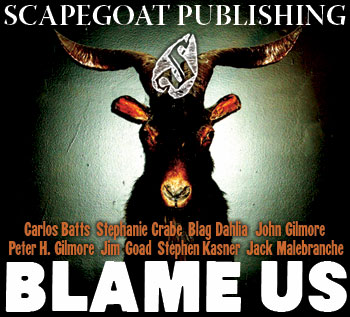 So here’s tonight’s puzzle: Why is it suddenly my fault when a narrow HFT dominated market continues to make sudden u-turns which nobody in their right mind can predict? But oh wait – Mole is not in his right mind – correct. But didn’t Berk and I actually begin warning everyone about the ‘potential tape of death’ starting Thursday night, Friday, as well as yesterday? Anyone remember my daily Zero chart which I offered to everyone (not just subs) on Friday? Despite me holding a boat load of puts at that time? So, I was I selling my book or was I trying to keep you guys out of trouble?

And we all know the end of the story: Exactly what I warned everyone about might happen – happened. And which other blog did warn everyone about the potential of the impending train wreck that eventually occurred today? I can only count one – which is this one. We provided evidence, analysis, and multiple warnings to that effect. We didn’t know for sure but we were pretty damn verbose about the potentiality.

I started this blog because I thought it would be fun. And it has until about June/July of this year – when things suddenly started turning extremely tiresome. I however felt a responsibility to my readers and continued this blog as I didn’t want to let you guys down. After all I thought – I grew this community and if I can do any good then I owe it to everyone to continue. At this stage however I am not sure if I am mentally prepared to continue – there is a lot of hostility here and everyone’s nerves are running thin. Many of my jokes have been taken the wrong way – I even gave up much of my pseudo-abusive persona lately since I realized that the bears were stressed out enough and didn’t take kindly to my sarcastic nature. Fact however is that this is how I communicate and this is what I am – I mean very well and during the good times (i.e. before March) most folks here seemed to ‘get it’ and have fun with it even. Lately however I see myself adjust to what everyone seems to be expecting of me, which is some kind of male version of Anna or Keirsten. So, it’s not been as much fun for me – not really.

Fact is that this blog takes up a huge amount of my trading time and it seems that fewer and fewer readers seem to appreciate what I do. Of course it’s easy to blame Mole for all the gyrations of the market and for not having a crystal ball to anticipate every damn turn. But if you look at my track record you might actually realize that I have not only warned about this particular bear trap but the BIG one back in early July as well. Remember my chart with an actual bear trap photoshopped on it when that big H&S turned out to be nothing but a big Indian burial ground for us bears? Or when I stated in early March – right at the bottom – that we would get near 10k on the Dow by the end of this summer? Or when I warned everyone last year we would drop into the abyss while were still hovering around $12k?

It seems all my good calls are suddenly forgotten today. Despite the fact that I warned everyone about today’s tape, which in the end transpired. The big contention here seems to be that I cut my March puts today and many readers seem to be insulted about that. I don’t get it – doesn’t my reasoning make perfect sense since the Intermediate degree wave count completely changed today? Why would I expose my wasting assets to more theta, vega, and gamma burn when I expect the tape to go considerably higher?

Now, of course I could be wrong with my count – but that’s a risk I take every time I make a trade and openly talk about it – what’s so new about that? If you are convinced that I’m wrong – then just go and load up on puts. Why is everyone bitching at me?

Seriously boys and girls – I about had it. If this is what I get in return for having labored day and night for the last year trying to lead you guys through this woodchipper of a market then I am not sure I can do this for much longer.

And just in case you’re interpreting this post as an egotistic attempt to garner attention or to revel in sycophantic comments: Make no mistake – I can do what I do without running a trading blog. The Zero has been spot on for months now – that membership has remained steady and everyone loves it. Geronimo has been printing money for over three months now and the number of subscribers is slowly but steadily growing. I’m not in this for the ego – and even if I was – the cost/benefit ratio is not resembling any chart I would put my money on.