Scanning across the financial blogosphere I’m seeing the usual suspects pimping spurious predictions based on their respective preferred market directions. The Mole will be the first to admit out that it is impossible to know which way this puppy will swing. Market makers are having fun jamming both sides today which accounts for some of the fake out moves we’ve seen earlier in the session. If I was still wave-wanking I’d say that a fifth down may be in the cards but it’s equally possible the tape is catching ground here. Fortunately I have long given up the prediction business and have in the years since instead focused on technical inflection points. Retail however expects directional predictions and if possible for free – which is why the first floor of the woodshed usually dons longer lines than that of a Las Vegas night club. Moving on. 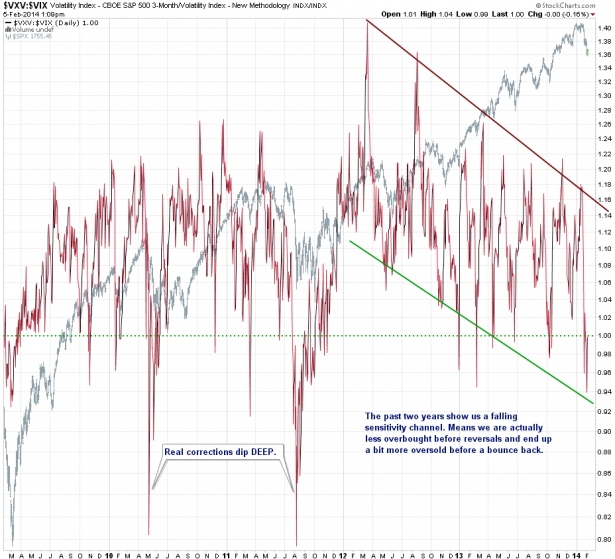 The subs remember this chart which I posted a few days ago – this is the zoomed out version as I wanted to provide a bit more context. The other day I pointed to the 1.0 mark of the VXV:VIX ratio indicating that anything below it suggests that a bounce is in the making. If you take a step back however you realize that we actually have been in a slowly falling channel which suggests that the pricing of three-month volatility vs. 30-days IV (i.e. the VIX) has become more sensitive on the upside and less so on the downside. In other words – it takes a lesser ratio of the VXV versus the VIX on the upside before we see a reversal. The same applies on the downside apparently however there the signal spikes produce a more uneven distribution pattern. What does that mean? The market has become more sensitive to volatility deltas since that big spike up in early 2012.

Where we are now IMNSHO delineates the zone between shallow and deep medium term corrections. Although that does not help us pick a direction right now today it does convey one important point however: IF we continue downward from here or if an ensuing bounce is weak then it’s possible that we will see a deep correction as we’ve seen in 2010 and 2011. Technically speaking this would be a healthy event and I would welcome it – if nothing else it would offer a lot of new technical context for all of us. 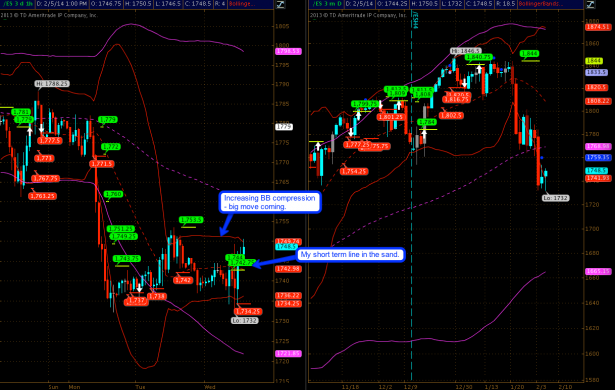 Alright – on to equities – the spoos are bumbling around inside their compressed 25-hour BB. As I pointed out above – very tough to pick a direction here. Bears will look at this and expect continuation lower (per the comments I have seen already), bulls will expect a bounce higher. Which is the tape MMs love and take full advantage of. I am ambivalent and technically speaking the inside day on the SPX triggered this morning and may be stopped out today. It’s a tough ride down here and it may take a few attempts to get a seat on the right bus. 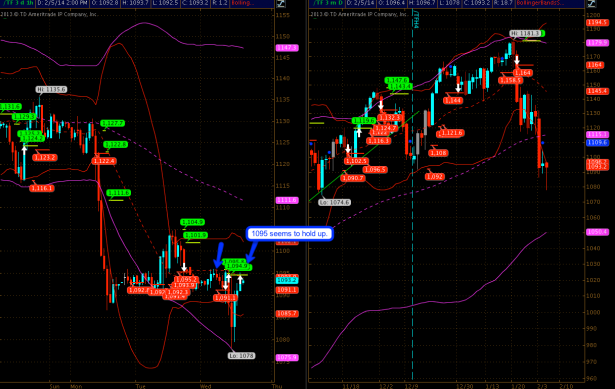 The TF futures went deep today – obvious attempt to scare the children. All of it has been recovered since which does suggest that there is a buyer down here attempting to stave off more damage. 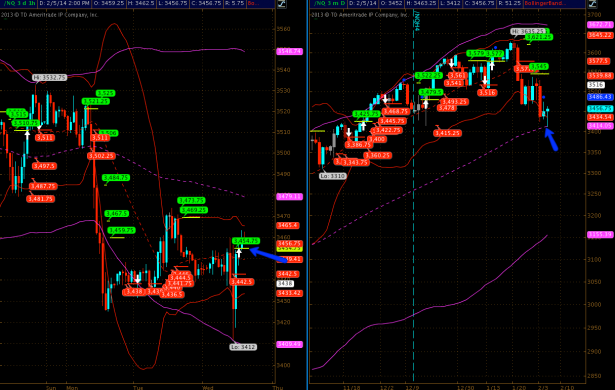 The NQ more bullish and attempting to push above an hourly Net-Line Buy Level a few ticks above the 25-hour SMA. Very notable here is the 100-day SMA which held up just famously. So that should be a support level we may be able to enjoy on the NQ while the previous two are pinned somewhere in limbo on the daily panels. 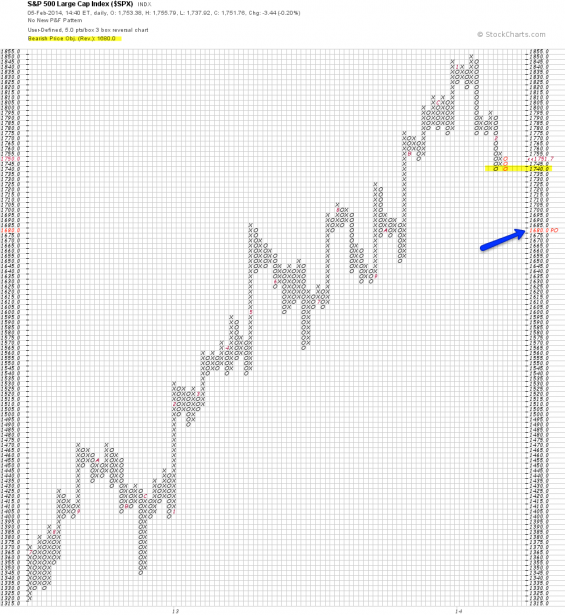 May I remind you that our P&F on the SPX is still pointing downward and based on the current formation I think that 1740 is our new inflection point on the cash. If that one goes we are visiting 1680. Of course a small bounce in between cannot be ruled out and would not disqualify this scenario. The bears are not in trouble until about 1765 after which this chart would produce a low pole reversal warning. 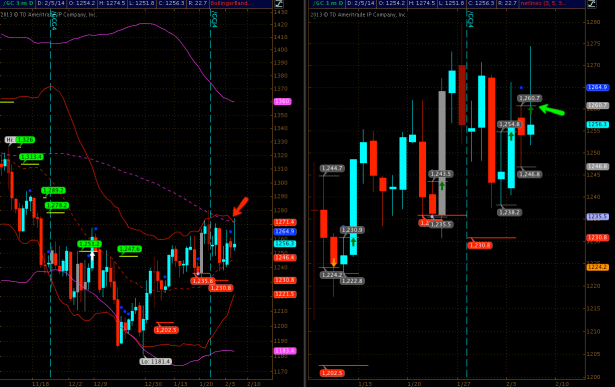 Gold also triggered an IP-L this morning and has since fallen back. Good news however is that the 100-day SMA has finally been touched. You may recall that I was a bit bemused by that invisible resistance line hanging just below it. At this point I will hold this position with my stop in place. 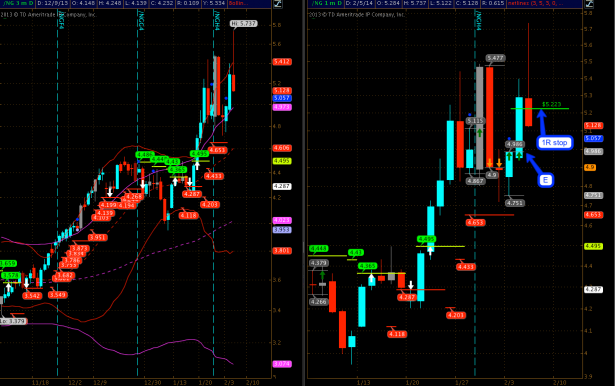 Natgas – talking about scaring the children – this is why Scott and I call it the widow maker. You recall that I advanced my stop to the 1R point last night and that’s where it got touched. Which is just fine with me – I’ll bank one unit and am happy to be alive to tell the story. You don’t mess about when trading natgas – she can be quite a bitch.

A few more futures goodies below the fold – please join me in the lair: