It’s the first day of the quarter and for some reason I have setups crawling out of the woodwork today. So let’s not waste time and dive right in, shall we? Let’s start with a quick peek at the spoos and then we head into currencies and commodities – plenty of fun to be had today. 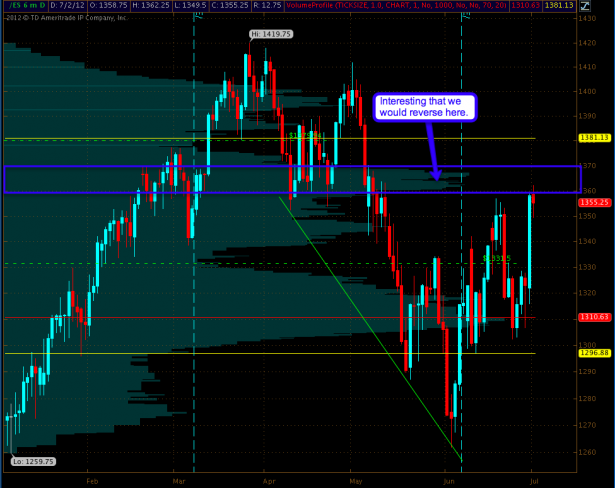 Although I suggested a post ramp sideways day I find it very interesting that we should revere right here. Either it’s a trap (think pre rocket honeypot) or something else is going on. Ideally we should be humming here. Fortunately my Net-Lines chart shows us quite an easy setup right here and now: 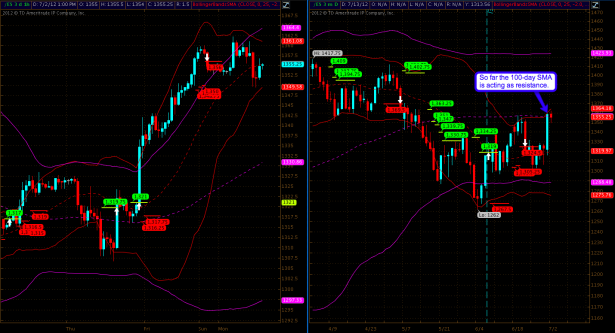 As suggested on Friday we bounced at the 100-day SMA. As a sidenote this is actually the very theme I’m seeing on the currency side as well. I would be short here with a very tight stop above that SMA – maybe today’s highs will fit for comfort. If stopped out then we can quickly flip it into a long with a stop below that SMA. Simple with minimal risk – that’s the way we like it. BTW, don’t try to over think this – you won’t be able to predict when or if she breaks or if we reverse. Leave the excessive pondering to the schmucks on the other side of your trades. 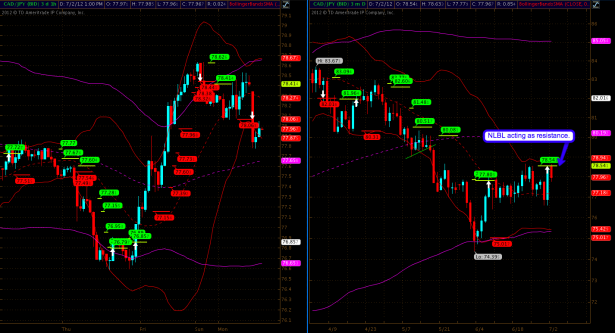 A quick update on a previous setup – CAD/JPY pushed right into its daily NLBL and bounced back. If you took this one last Friday then there’s nothing for you to do right now. And yes, a close above the Net-Line (and a stop out) would be a long signal. Only problem is that the 100-day SMA is pretty nearby, so don’t overstay your welcome. 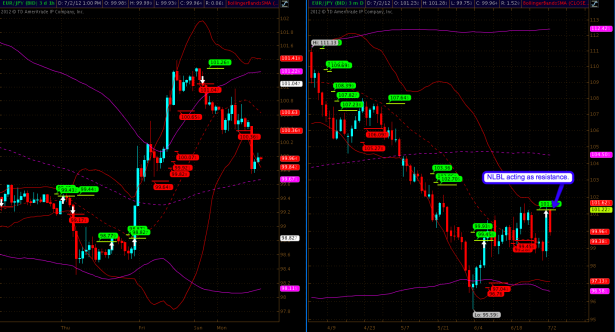 EUR/JPY – same idea and I hope you took the setup last Friday. Nothing to do unless we get thrown off the horse above 101.22.

Alright, let’s get to our setups – please step into my summer lair:
[amprotect=nonmember] More charts and cynical commentary below for anyone donning a secret decoder ring. If you are interested in becoming a Gold member then don’t waste time and sign up here. And if you are a Zero or Geronimo subscriber it includes access to all Gold posts, so you actually get double the bang for your buck.
[/amprotect] [amprotect=1,13,9,12,5] 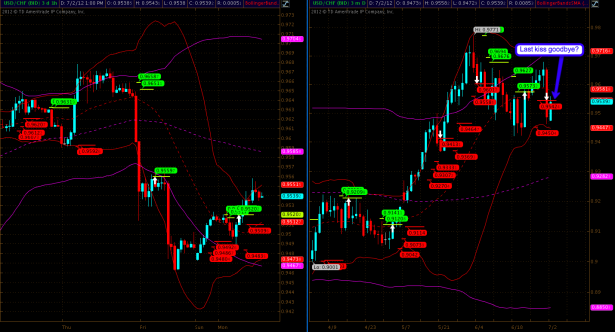 USD/CHF may be painting a last kiss goodbye – in which case it’s a great short setup. Of course if we close above that NLSL then the previous signal has been invalidated and it’s permissible to try a long position (but keep it small – we are not sure if that correction is done). 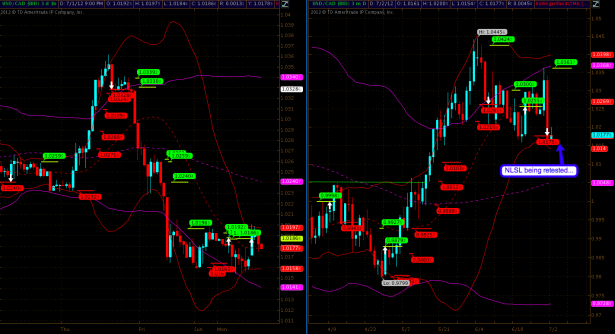 USD/CAD – similar story as that NLSL is being retested. Same idea here and if we close back above I would actually be pretty excited about a long trade here. Until then I remain short. 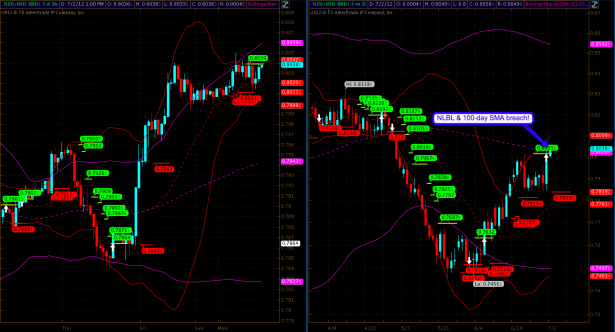 NZD/USD – thus far it looks like it’s breaching both the daily NLBL and its 100-day SMA. Long with a stop right below the NLBL. 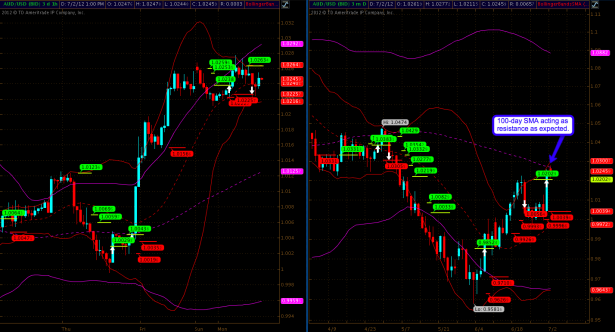 AUD/USD – a little conflicted here. We triggered the NLBL and then we bounced back at the 100-day SMA. If you are long then I would hold with a stop below that NLBL. If you are not in a trade yet it’s permissible to be short with a stop above that SMA. A breach of that would signal continuation higher.

But I’m just getting started! Try to keep up please 😉 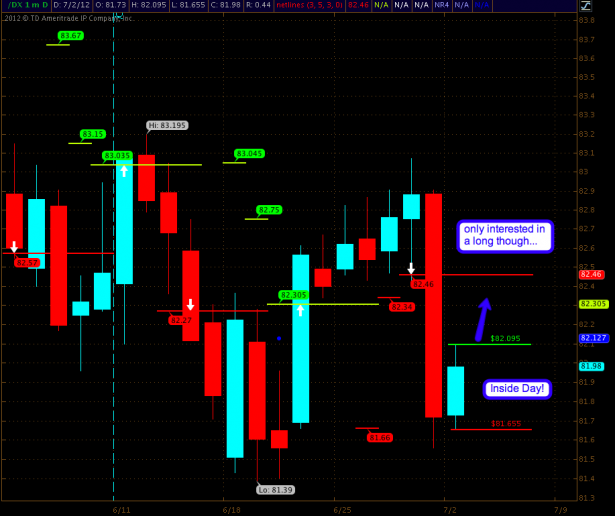 Ole’ bucky – inside day – I’m mostly interested in a long position due to the preceding monster shoe drop. 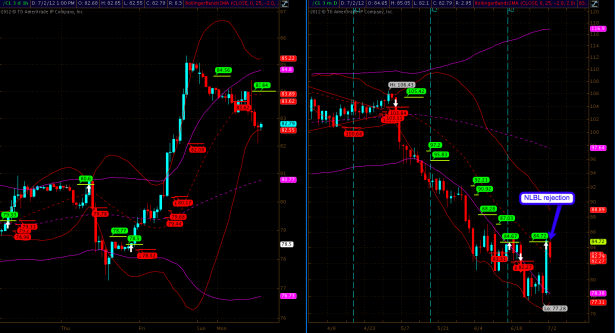 Crude – NLBL rejection – a bit late to catch it now unless you caught it last Friday. If it manages to push up a bit you know what to do. FYI – I do think that crude may be a better long trade and it’s really the setup I’m holding out for. But I’ll trade what the tape throws at me, I’m not going to over think this. 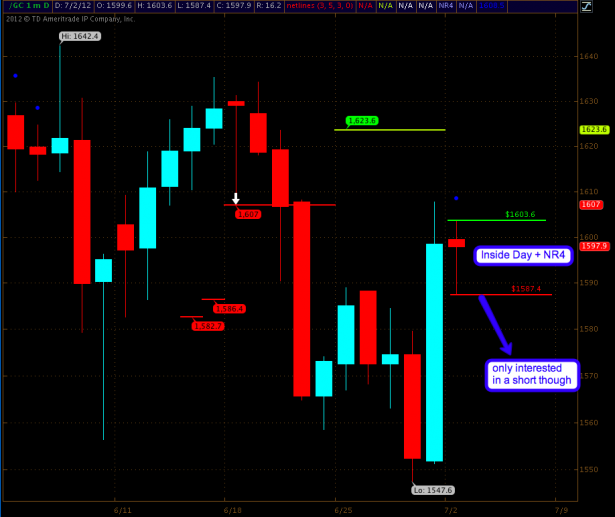 Goooooolllddd!! The shiny stuff is bestowing us with an inside day + NR4 day combo. Mostly interested in a short here. 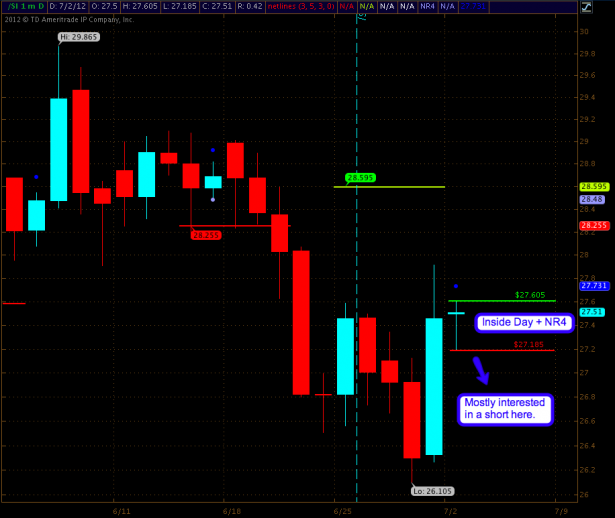 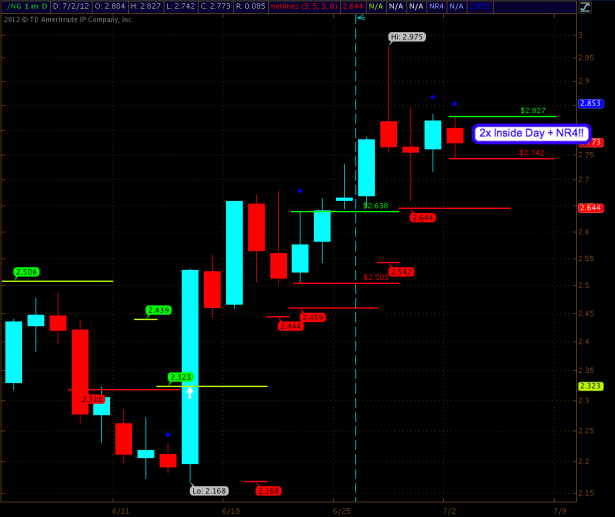 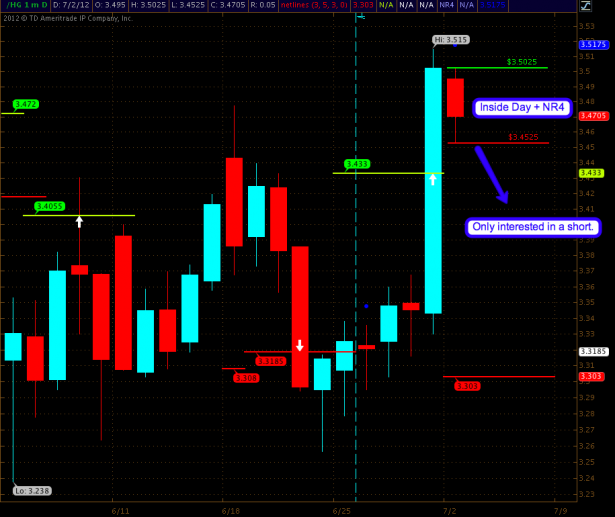 And then there’s copper with yet another inside day – only interested in a short trade here, so if it breached long I’ll be naughty and just watch.

Alright, this ought to keep the summer crew busy for a while! Have at it and don’t get too over exposed – as you know we are still officially in limbo. Anything can happen and it will.