After yesterday’s spectacular failure by the bears to close the deal equities managed to quietly claw their way higher over night. We are now at an important short term inflection point and thus we have a binary entry opportunity. If you are still short then move your stop down to near 2088. For everyone else still in cash here’s the skinny: 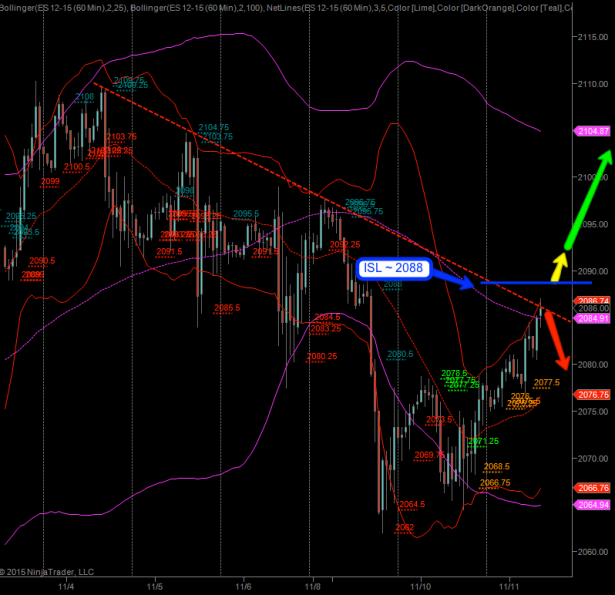 I am short here which has horrible odds quite frankly but it’s a lottery ticket. Most likely we’ll get continuation higher but we should wait for a solid breach of the diagonal shown above. Most importantly the 25-hour SMA is starting to push higher now and I expect it to act as support. So in a nutshell:

I’ll chime in here a bit later if I dig up more setups for the day. BTW, great discussion on system development in the prior thread – keep it up folks!

Expect a bit of volatility in a few minutes as Draghi is hitting the mic again.