If you were foolish enough to short the market right after Monday’s drop then please seek medical attention immediately as you just got your face smashed in. Not that I think anyone visiting my humble lair would be this naive, but let’s not forget the legion of ZeroEdge readers who I recall were partying like it was 1999 as equities were slipping on that banana peel Silvio had dropped earlier that day. You got to love the Italians – they definitely have a sense of humor 🙂 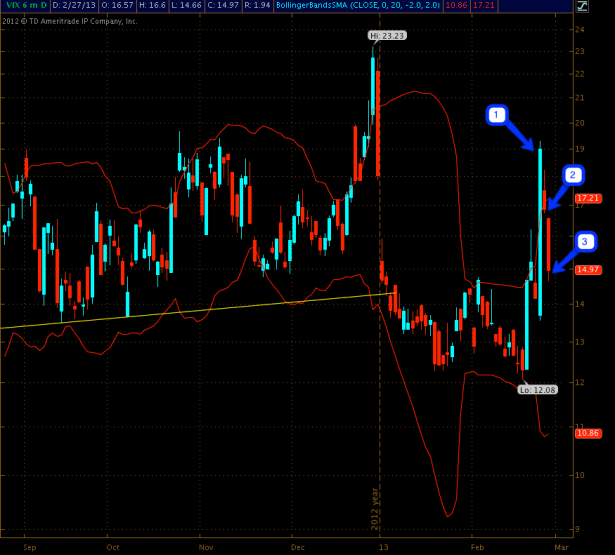 Lo and behold after a 50% rise in volatility in one week we’ve recovered about half of that over the past two sessions. And that’s once again why I follow the charts and not the news. Technically speaking we are most likely going to trigger a bonafide VIX buy signal – which means the odds are now starting to favor the bulls again.

I dont’ think the longs are out of the woods just yet however. The E-Mini is tickling a NLBL which expires today, so let’s call that weak resistance. Well above the 100-hour SMA now and I hope you caught up with my morning briefing when I suggested to get positioned near the 25-hour quite a few handles lower. I’m tempted to cash out at this point as the YM and NQ are running into resistance: 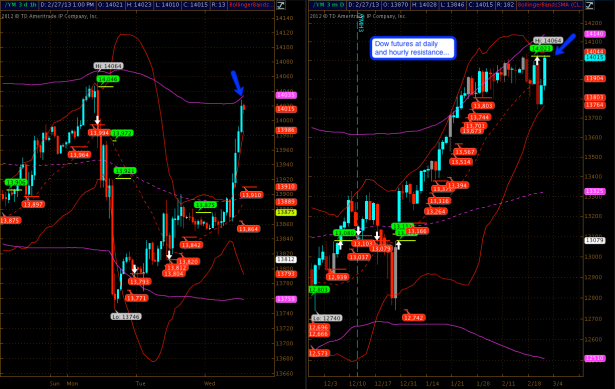 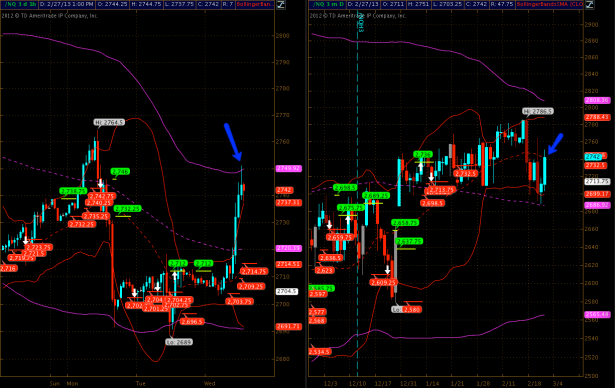 The NQ meanwhile is looking similar on the hourly but is struggling to overcome its 25-day SMA. 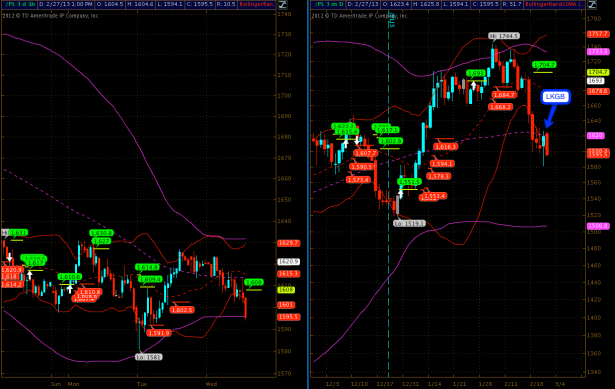 Quick platinum update: We were considering a last kiss goodbye setup yesterday and it seems to be playing out according to our evil scheme. 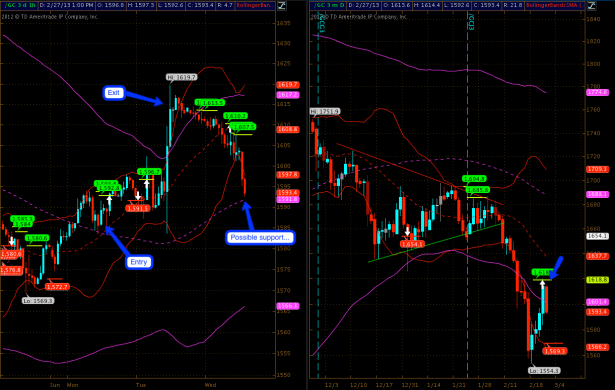 Gold we’ve been playing like a fiddle once again – nice ST long entry near the SMA cross-over and we took profits just when it was about to fall back below. I’m now seeing possible support but I would not grab any longs unless we see things slow down a bit and test that SMA. 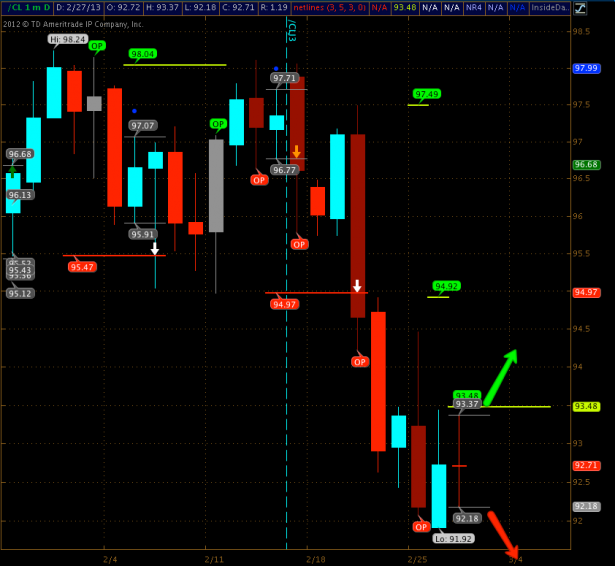 Here’s a little freebie – inside period/day on crude – I like this setup as it’s also right below a brand spanking new NLBL. Have at it but keep it frosty!