So Far So Good

We are currently at a ST inflection point in that ES 2062 either serves as support or will lead lower if breached in the coming hours. If you were short yesterday then I suggest you move your stops lower or at least advance them to break/even. 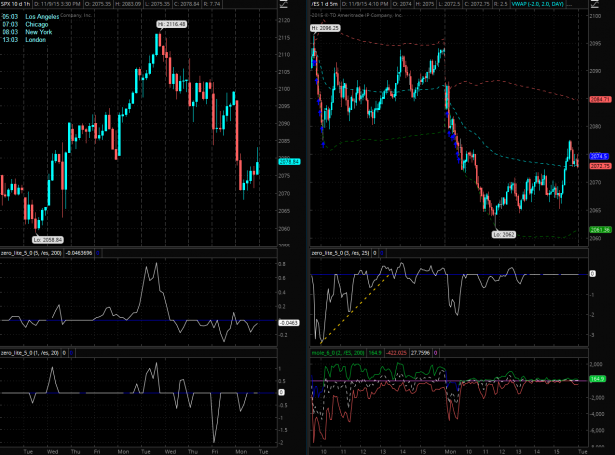 I wasn’t very surprised to see us trading below yesterday’s close this morning as participation on the buy side was almost non existence in comparison with the selling pressure that accompanied us down. So this does have a fair chance of leading lower. And by fair I mean about 50/50 – which sounds like a coin toss (which it is) but given the current medium term trend is as good as it gets. It is important that you always consider the general direction when trading short term chars. 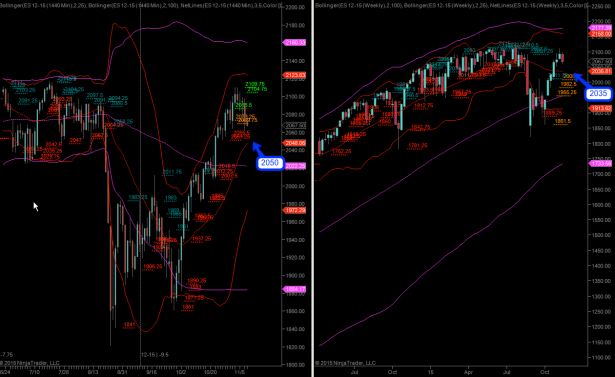 And the downside potential right now is pretty limited – I have support kicking in as soon as ES 2050 where the 25-day SMA hails right now. On the weekly we have 2035 and if things really get dicey there is there is a stack of weekly NLSLs starting at 2008. If the bears intent on hacking their way all through that they better bring machetes. 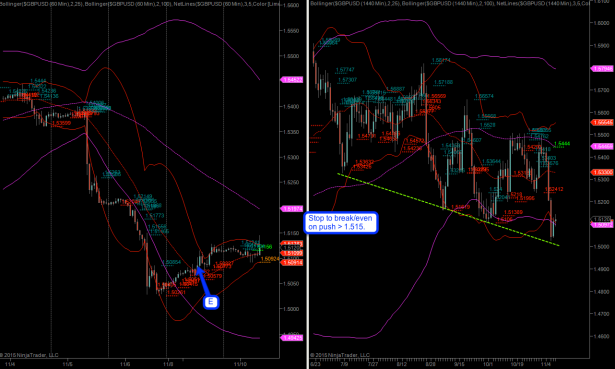 Update on cable – so far so good as well but price hasn’t picked up any pace yet. I will keep things as is and advance my stop to break/even once it pushes above 1.515. That diagonal support line has plenty of touches but it was also falling and thus has less meaning to me. 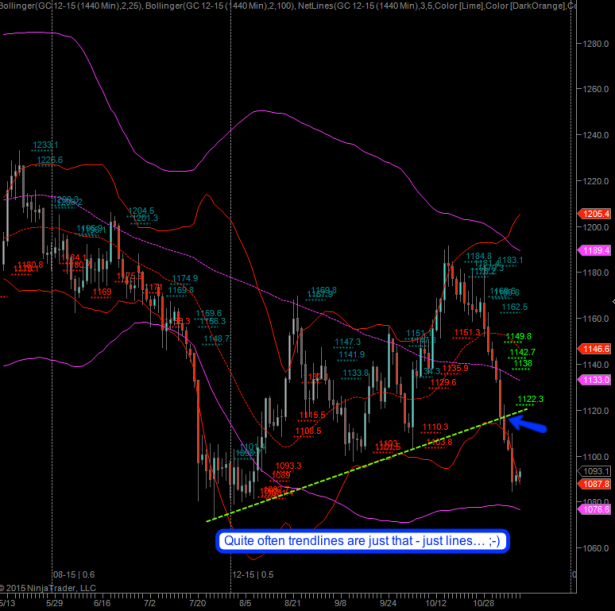 Besides, just to give you an example of what I talked about a few posts back  – here’s gold proving that in the end trendlines are just that – lines – nothing else. Doesn’t mean price will always obey. 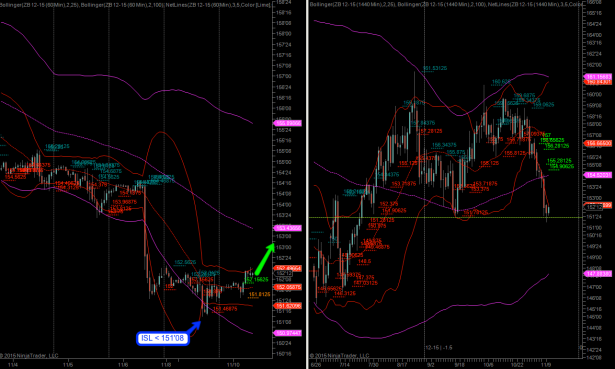 Bonds – in case you didn’t catch it yesterday – still is looking like a possible long. Same caveat as on the cable campaign: This horizontal trendline has not been touched sufficiently, thus the odds are low here. Which means at maximum deploy only 1/2R or less.