I think we should just feed some artifical A.I. with a bunch of Socrates quotes and then let it loose on the market. Looks like the old robe donning Greek nailed the support line he proposed yesterday spot on. I can tell you, Plato is in a bad mood right now as he was on the other side of that trade. But he should have known better as he himself said:

I have hardly ever known a mathematician who was capable of reasoning.

Someone should pass that quote on to the respective originators of various toxic assets that pushed our financial markets toward complete melt down – i.e. MBS, CDOs, CDSs, etc.) – most of which are still traded over the counter to this day I may add. 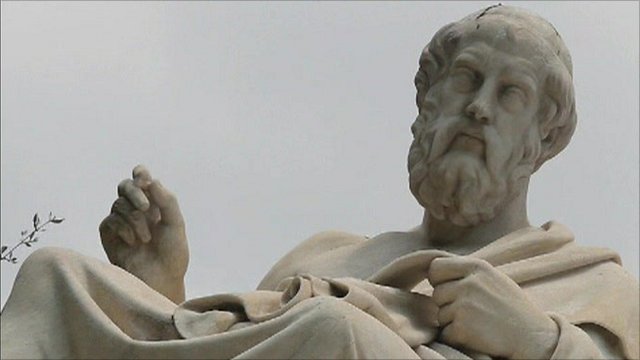 So, let’s revisit yesterday’s chart and then look at where we are in the ole’ wave count:
[amprotect=nonmember] Charts and commentary below for anyone donning a secret decoder ring. The rest of you guys will have to wait until tomorrow – sorry. If you are interested in becoming a Gold member then don’t waste time and sign up here. And if you are a Zero subscriber it includes access to all Gold posts, so you actually get double the bang for your buck.
[/amprotect] [amprotect=1,9,5,2] 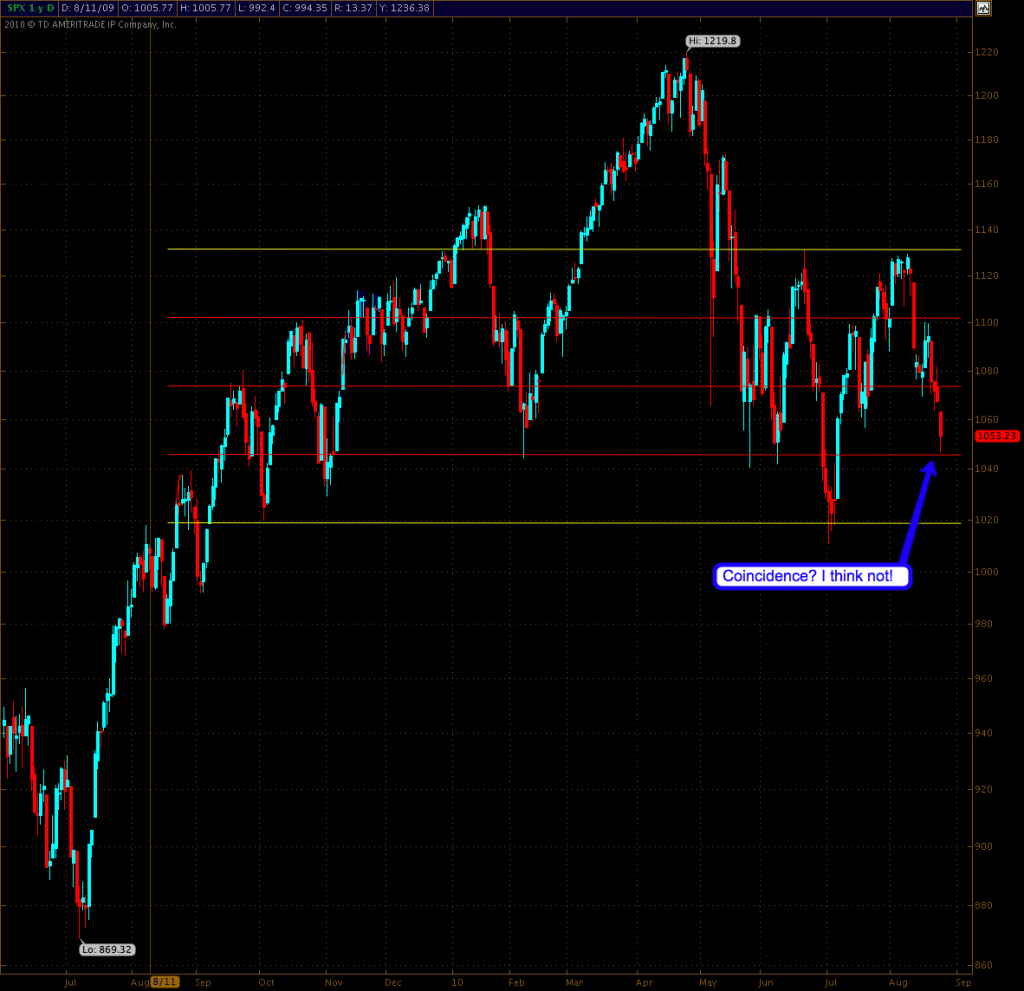 Ever so often I (or my genetically enhanced Socrates clone) get it right – we bounced right at the 25% mark of that channel I proposed yesterday. This confirms to us that this channel is valid, despite Mole’s raving insanity. Which also tells us that this line must be breached shortly, otherwise we may just return from whence we came – or worse push higher and drive the grizzlies off the cliff for good. 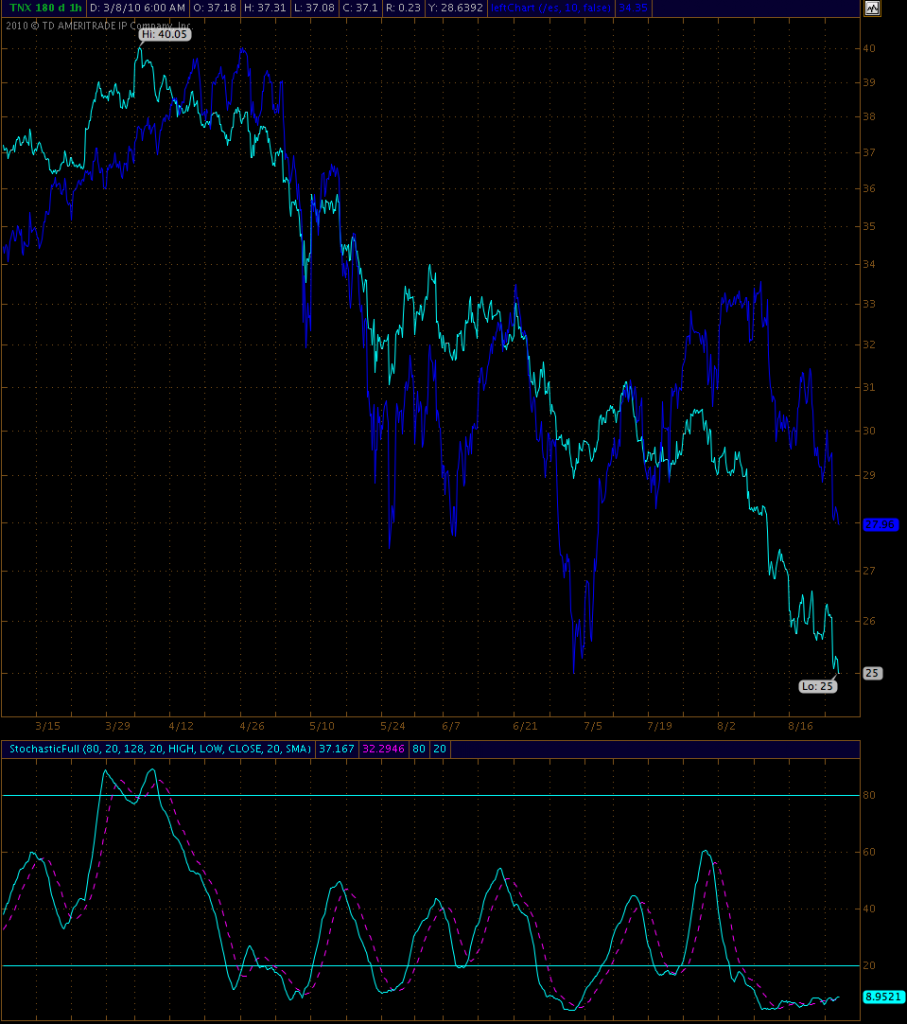 The TNX/ES futures correlation chart has been a lot of fun lately. Two things stand out – one is more long term in that the ES eventually seems to revert toward the TNX. Thus, getting positioned according to our momos and then seeking confirmation here may not be the worst idea. More medium to short term the TNX is completely embedded, which means long squeeze mode for anyone tryong to pick a bottom.

A very painful (and expensive) lesson that many novice traders run into are embedded stochastics. I actually love stochastics, but it took me a long time to figure out how to use them. Case in point – all those wiggles in the past three months. Completely useless, except for the pushes above the 20% line. It’s now deeply embedded below and I would suggest to even think about picking a bottom unless it again pokes above the 20% mark. Which may happen tomorrow or a few weeks from now. BTW, the TNX is the yield of the 10-year treasury note and it runs inverse – meaning investors are plunging into low yielding bonds and notes. 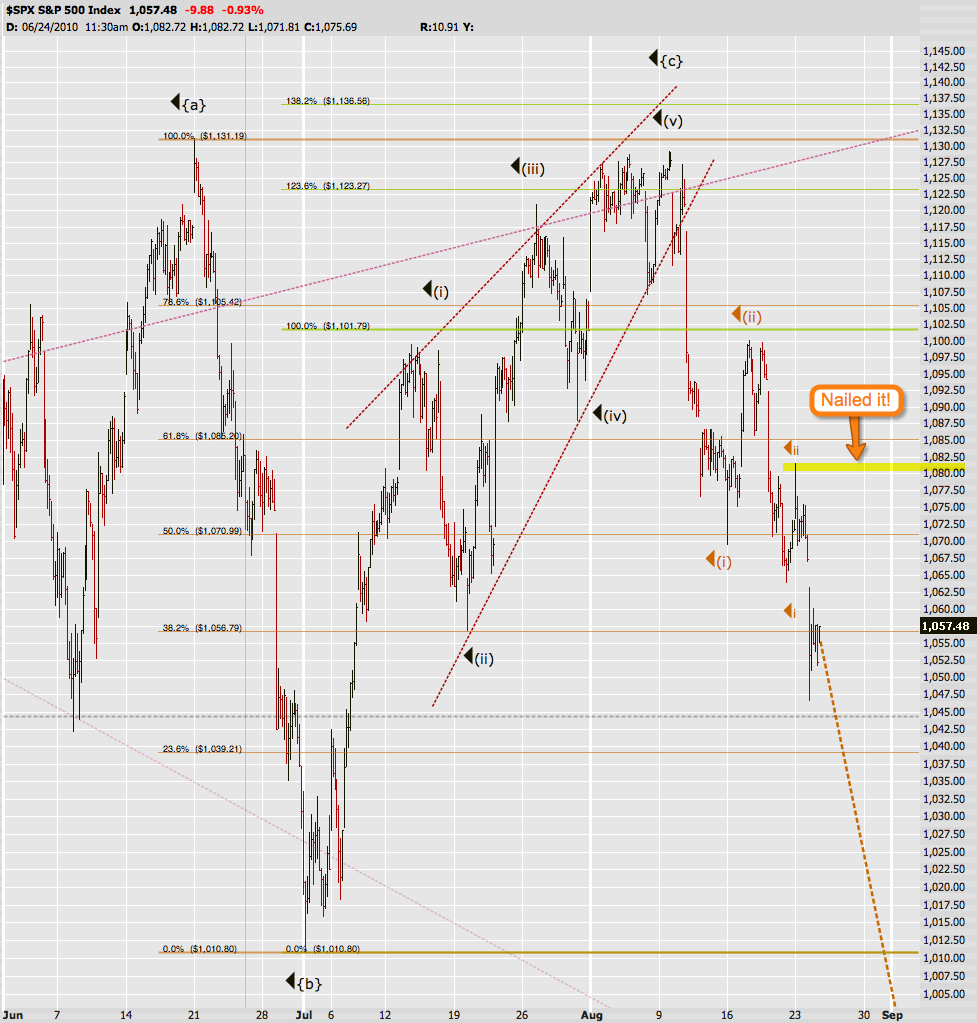 I also got pretty lucky with picking my bounce target over the weekend – Socrates seems to have a good influence on me. But in this game you’re only as good as your last prediction – n’est-ce-pas? So, where do we go from here?

Well, the way it’s unfolding we should continue to sub-divide on the way down. A little push up here would not be a problem but we don’t want to see a gap fill as that may be too much of a good thing. Similarly we don’t want to breach that yellow region at 1080 or bad things may happen to the bears.

And that’s pretty much it – we shouldn’t overthink the situation at this point – just let the tape do its thing. If we bet the right way then equities should continue to drop lower into early September. If we get a meaningful bounce before that (i.e. 20 SPX handles or more) then something else may be going on. Let’s keep it simple stupid and leave the worrying and second guessing to everyone else.

BTW, today is a POMO day and you may see some volatility toward the close. 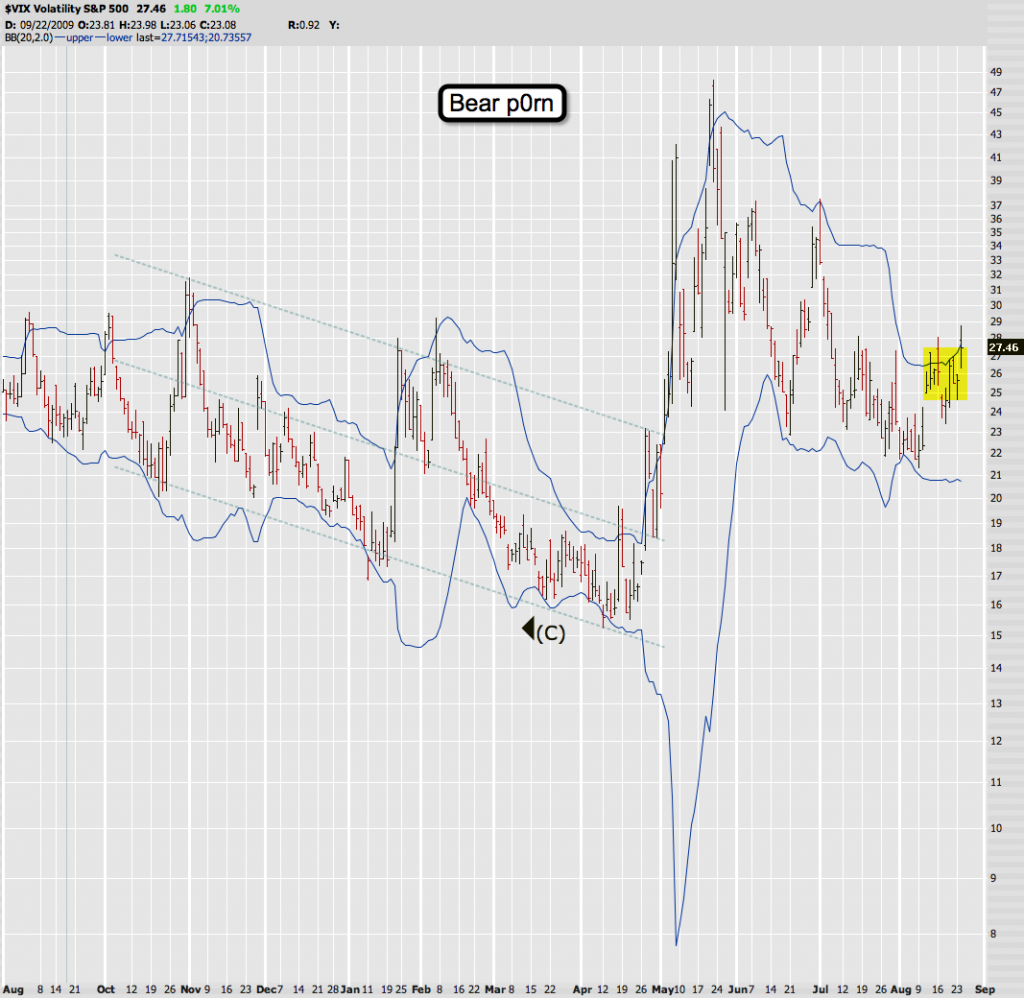 The expectation of volatility until September remains to be mild among market makers, which is exactly what keeps driving this tape down. Hence, the VIX has been skirting the upper BB boundary without closing outside of it. Quite frankly, it doesn’t get much better than this. The band is now expanding and with some good luck we get a slow creep to the upside that stays contained inside until we see a big move down in equities.

Either that, or it’s another bear trap 😉 Seriously however – we are not anywhere near we should be at this stage. A breach of 1110 by the end of this month would be a good start, otherwise I am starting to doubt that we’ll see a significant drop by early October. There are no more ifs and buts at this point – we need to continue down post haste.