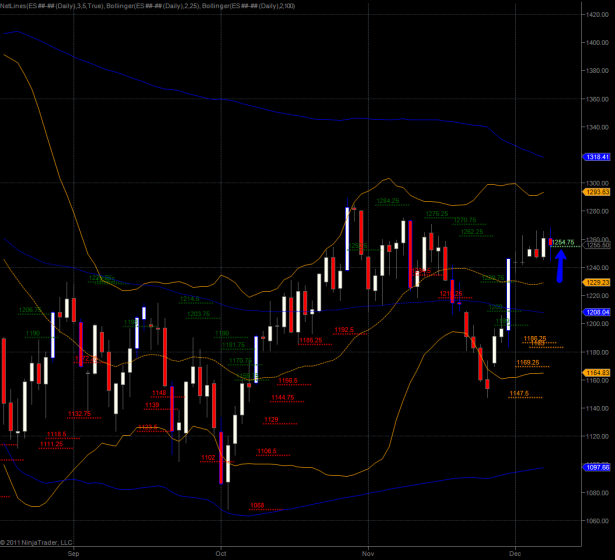 New NLBL at 1254.75 – we kind of ran into this one sideways but it’ll still be a test. We may be correcting sideways here – a lot of bearish momentum is being consumed by dropping in the morning & ramping (or gyrating) during the session. What I find most interesting is that Mr. VIX has been rising steadily in the past four sessions – but we have not given up any SPX handles worth mentioning. If you’re are long vega (puts or calls) you are actually profiting right now, think about that for a second.

Anyway, I don’t trust this tape any further than my neighborhood bookie and the Zero is painting divergences galore, indicating that the tape is being walked up and down. 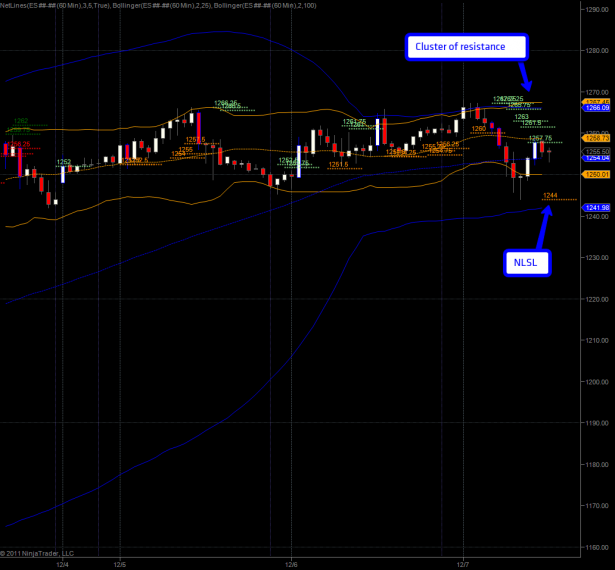 Here’s the hourly panel – that resistance near 1260 remains to be a brick wall. Look out for that new NLSL at 1244 – as of now I think it’ll hold as it’s bolstered by that lower 100-hour BB line. But also apparent is that both BBs are compressing – the tape is coiling up. Give it a few days and this will release rather quickly in one direction. My money thus far is on the longs – mostly based on seasonality and the recurring theme of the beartarts not being able to close the deal.

Nothing much else to report – I am still waiting on Cocoa to paint something resembling a reversal – thus far it’s one red candle after the other. But no worries – good setups are worth waiting for 😉

FWIW – really good to see Volar back in the game – we were worried there for a while.