Sons Of The Lair

So I’m officially a biker now. That’s right – the Mole has been issued a Californian M1 license and driving in SoCal will never be the same. Well until the 21st that is – that’s when I’m heading to sunny Mexico.  I can assure you that this was no easy feat given the time restrictions as I’m only spending a bit over nine days here in Los Angeles. As you know I’ve been riding a scooter back in Spain for the past few years and quite frankly it’s getting old. Unlike over here in the U.S. the Spaniards permit you to legally ride everything up to 125cc with a regular driver’s license.

But if you want to hop on the real stuff then you’re out of luck as passing a motorcycle license anywhere in Europe is a royal pain in the neck. We are talking red tape galore, weeks of driving lessons, and thousands of Euros in expense. I think in Germany they make you take 20 hours of driving instructions minimum, there’s a full day First Aid course, and that’s only to get you started. Which may make sense for the average 20 old hoodlum trying to impress his lady friends but a bit much to ask for someone who has been riding two wheels for years and has carried a driver’s license for over 25 years. Heck, I drive stick shift like a mini Schumacher – my accent is way better though.

Of course over here in California things are a lot easier and more fun, so I didn’t want to miss this opportunity to finally get my proper M1 license and start riding in style. Which I then could easily convert into an international permit courtesy of the AAA. So I studied up via some iPad app until I knew all 250 possible questions by heart. Off to the DMV waiting in line for four hours (couldn’t get an appointment early enough), fortunately there’s plenty of eye candy up here at the Hollywood branch. Finally get to take the test and it turns out that there’s a new test now which has nothing to do with any the 250 questions I memorized. Plus those bastards make me do the written test for the car as well – and I didn’t study for that one! Oooops!

Well, I passed them both anyway. So yesterday I’m heading down to San Diego to take a three hour course with Brian at SoCal Super Moto. Awesome instructor – he apparently even taught some of the guys from the show Sons Of Anarchy (I was a big fan). Turns out he broke two of his ribs the day before while skateboarding – yeah, he’s a bit of a speed nut. But he showed up anyway and just sucked it up – big props to this guy and if any of you are considering to pass the M1 then head down to SD and learn from the best.

Anyway, this morning I get up at the ungodly hour of 6:30am PDT and head over to the San Diego Clairemont DMV. Brian apparently has an arrangement with those guys and he’s able to pass a whole group one by one in the morning. I’m there with five other guys and all of them are already accomplished riders. The Mole’s the only one who just learned to shift a motorcycle a day ago. Well, to make a long story short – I nailed it like a boss and I’m as happy as punch. Mission accomplished. I already have my eyes on some of those sweet custom Bünderbikes they make in Switzerland. 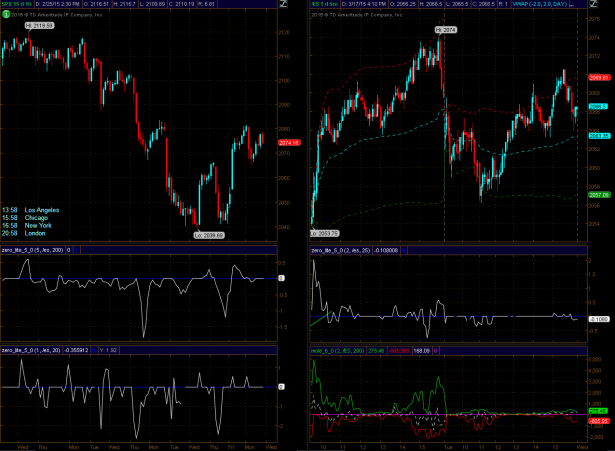 So let’s talk markets. Seems I didn’t really miss much there – sideways session suggesting indecision. Note the complete lack of participation after the little ramp higher. Follow up matters but given that we just held a critical inflection point at ES 2040 chalk me up as being a bit suspicious. 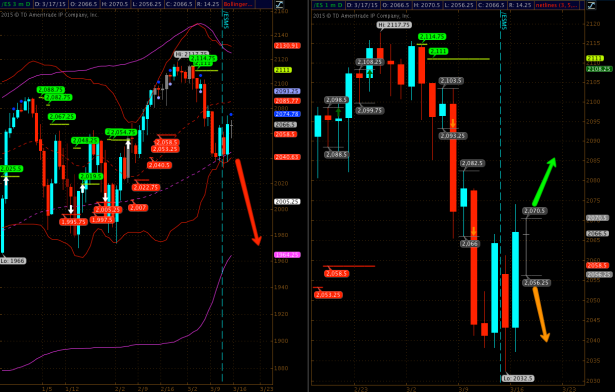 But okay, I bite as we have a nice inside day offering a binary entry. The long side seems to be the easy one right now – once again the 100-day SMA has held and we have four touches which is going to bolster support down there. But no, it’s not impossible that this resolves to the downside – I’d give it a 20% chance. Which means I’ll take it if it breaches lower but only with 1/2R – adding the other 1/2 at 2040. On the long side we need a breach above today’s highs and our ISL will be the low or wherever you feel it’s clever. 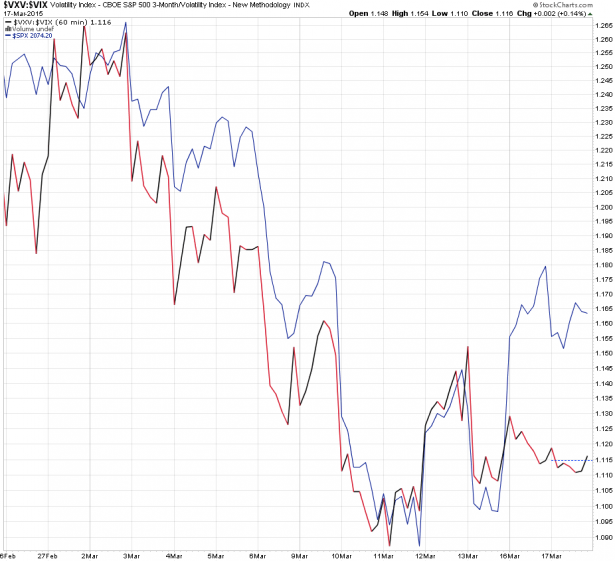 By the way – I wouldn’t even consider the short side if it wasn’t for this. The subs will remember this chart – it’s the VXV:VIX ratio which shows us premium deltas between 1-month and quarterly CME options. That little divergence is holding up, leaving the door a crack wide open. But not by much – again, I give the downside little credence as of right now. 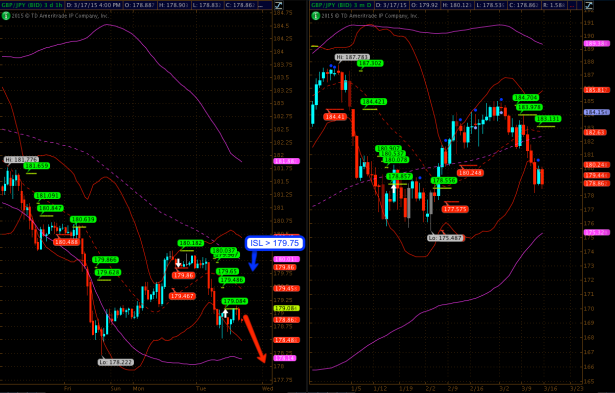 Otherwise it’s pretty slow on the setup side today – the only ones I like are GBP crosses. Here’s GBP/JPY which I like short with a stop above 179.75. A long above 180 (i.e. the 100-hour SMA) is an option but I think the downside has the momentum here right now. 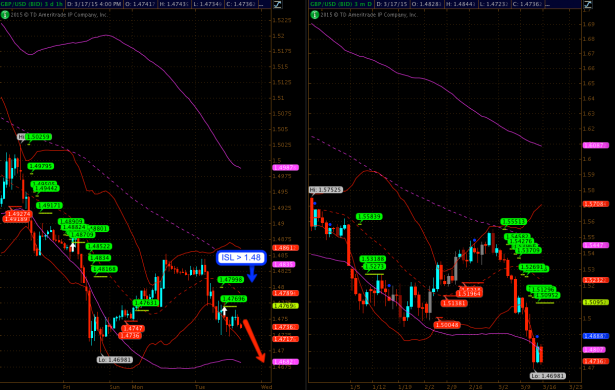 You can also play cable instead – triggers on the chart. Or if you like ’em in pairs split your exposure between them and Bob’s your uncle.

That’s it – I’m going to relax a little now. Perhaps head out for some L.A. style shopping – the list is long and I only have a few more days to go until I head out to Mexico. See you guys tomorrow.